The Field Report: The Future of Organic Food Is Taking Shape at the USDA—and Beyond | Civil Eats

Plus, the EPA will study water pollution from CAFOs, the FDA takes on lead in baby food, and some families are waiting months for SNAP benefits.

Over the past few years, as the U.S. organic market has surpassed $60 billion in sales, organic farmers, businesses, and advocates have been engaged in a heated debate about the strength and integrity of the U.S. Department of Agriculture (USDA) Organic standards.

Now, the agency has finally started taking action to address some of the loopholes long pointed to by advocates. But it may be too little, too late for the growing number of groups pushing ahead with plans to expand the reach of a range of “add-on” labels that include stricter standards.

We have long seen reports of fraudulent organic grain flooding the market from overseas and driving down prices for U.S.-based producers. But last week, the USDA finalized a highly anticipated rule designed to address imports that increases unannounced inspections, increases record-keeping requirements, and requires supply chain audits for some operations.

“NOC applauds the USDA for their sustained work to bring this rule to completion,” Abby Youngblood, Executive Director at the National Organic Coalition (NOC), said in a press release. “Organic producers’ livelihoods depend on strong and consistent enforcement of organic regulations. For more than a decade, operations have been undercut by fraudulent products that have no business carrying the organic seal. NOC strongly supports provisions in this rule that will give USDA and certification agencies more authority to crack down on bad actors.” The Organic Farmers Association and Organic Trade Association also celebrated the announcement.

But Real Organic Project (ROP) co-director and Vermont farmer Dave Chapman was less enthusiastic. While he acknowledged the rule does “address one threat to organic integrity,” he and other ROP farmers believe bigger problems persist. Namely, they see the organic certification of hydroponic farms that don’t grow plants in soil and of large industrial meat operations that keep thousands of animals primarily confined as anathema to what organic stands for.

To that end, at last week’s Eco-Farm conference in Monterey, California, Chapman and his fellow farmers announced an expansion. Over the last several years, ROP inspectors have certified more than 1,000 “real organic” farms across the country. Now, they’re expanding their influence outside the U.S. through a partnership with Naturland, an add-on organic label started by farmers in Germany in 1982 that has certified more than 140,000 farms around the world. “They’re basically us, but they’re 40 years old,” Chapman said.

Naturland and ROP are establishing an equivalency, whereby products that qualify for one of the certifications will automatically qualify for the other. What that means in practical terms is that while ROP will maintain its focus on certifying U.S. farms, Naturland will certify international products that will then carry the ROP seal in the U.S.

“A lot of people want real organic bananas and real organic coffee and real organic chocolate,” Chapman said. “We’re trying to figure out how to keep the U.S. market real, and if we can succeed at that, that would be great.” As opportunities arise, Naturland will also help ROP certify processors of products that use ingredients from multiple farms, which is an endeavor the label hasn’t yet engaged in.

Interestingly, the Regenerative Organic Certified (ROC) label, another organic add-on certification that launched in step with ROP, has grown in the opposite direction. It started with more certifications of international operations and is now beginning to establish itself more on U.S. farms.

The USDA is also working to strengthen support for small-scale organic dairy producers. In August 2020, Danone ended contracts with nearly 90 of its Horizon Organic farms in the region, compounding an already devastating situation in which many farms were struggling to survive pandemic-related disruptions and sky-high feed and supply costs. On Monday, the USDA announced it will allocate $100 million to a new Organic Dairy Marketing Assistance Program. Through the program, the Farm Service Agency will provide payments to “smaller organic dairy farms” to cover a portion of their marketing costs. Details on qualifications and timing are still TBD.

In the last year, ROP worked with a coalition of other organizations to mobilize support for those farms, calling on its farmers to sign petitions and talk to their representatives, while accusing Danone of moving away from organic ideals. Chapman said that while payments might help the farmers in the short-term, cracking down on the new generation of large organic dairies that keep thousands of cows confined indoors would do much more. After all, those farms have helped drive prices down, making it impossible for smaller farms raising their cows on pasture to compete. “They don’t need to [give out money]. They just need to enforce the rules and the market will transition people into organic farming . . . and suddenly all the small dairy farmers can make a living,” he said.

But with quite a few other opinions circling about what organic is and should be, many interests involved, and a federal agency that tends to move slowly, the future looks like it will be much more complicated.

Read More:
What is the Future of Organic?
USDA Moves Forward With Sweeping Plans to Prevent Fraud in Organic
What Does the New Regenerative Organic Standard Mean for the Future of Good Food?

Runoff Review. According to a plan released Friday, the Environmental Protection Agency (EPA) will soon begin a detailed study to measure water pollution from large, industrial animal farms to ultimately determine whether new regulations are necessary under the Clean Water Act.

The action comes in response to a 2021 Food & Water Watch lawsuit, and environmental groups have long pushed for more regulation of Concentrated Animal Feeding Operations (CAFOs), which are currently exempt from most Clean Water Act rules that apply to other industrial sites. Last March, researchers at the Environmental Integrity Project released a report that pointed the finger at agricultural runoff—from CAFOs and crop fields—as the biggest reason half of the country’s waterways remain impaired 50 years after the law was passed.

Food & Water Watch Legal Director Tarah Heinzen called the EPA’s plan “a critical opportunity” to understand and regulate water pollution from CAFOs. However, it’s bound to take a long time: In the plan, the agency noted that the last time it looked at whether CAFOs should be subject to new water pollution regulations the process took 11 years.

They’ll need to determine the extent of the pollution before even considering new regulations, and the EPA’s “data about discharges of pollutants from CAFOs is sparse; indeed, its preliminary analysis was only able to analyze monitoring data from sixteen reporting CAFOs,” according to the agency’s plan. Not to mention that the agency is under-staffed and already facing more work than it can handle, according to a recent New York Times report. Finally, the agricultural industry is bound to push back. For example, the American Farm Bureau Federation, has been—and still is—actively fighting against an expanded definition of what constitutes a waterway in the context of agricultural pollution for nearly a decade.

Anger (and Hunger) in Anchorage. According to a lawsuit filed last week, food-insecure families who have applied for Supplemental Nutrition Assistance Program (SNAP) benefits in Alaska have had to wait up to four months for the assistance to come through. Ten Alaskans are suing Alaska Health Commissioner Heidi Hedberg, alleging that the Health Department is in violation of federal laws that require SNAP benefits to be administered within 30 days.

“We’ve got people who are eating less so they can feed their kids, trying to juggle their bills and decide whether they’re going to pay for their heat or their groceries,” Saima Akhtar, an attorney representing the plaintiffs in the lawsuit told the Alaska Beacon. The lawsuit comes at a time when emergency boosts in benefits approved early in the pandemic are expiring in states across the country, while high food prices continue to make food unaffordable for many low-income families.

Tackling Heavy Metal Exposure. Yesterday, the Food and Drug Administration (FDA) proposed new limits on lead in processed baby foods, including fruits and vegetables, yogurts, and dry cereals. If finalized, the agency would then be able to recall foods found to contain lead at higher levels. The agency’s actions come after multiple reports from as far back as 2019 that found lead present in up to 95 percent of store-bought baby foods. “Today’s announcement to set tougher standards for toxic metals in baby foods is important progress by the FDA,” said Scott Faber, the Environmental Working Group’s senior vice president of government affairs. But some scientists and lawmakers said that the limits didn’t go far enough, and expressed concerns about the agency’s ability to enforce them.

Read More:
What Portland’s Soil Crisis Can Teach Us About Heavy Metals in the Garden
Will the U.S. Ban PFAS in Food Packaging? 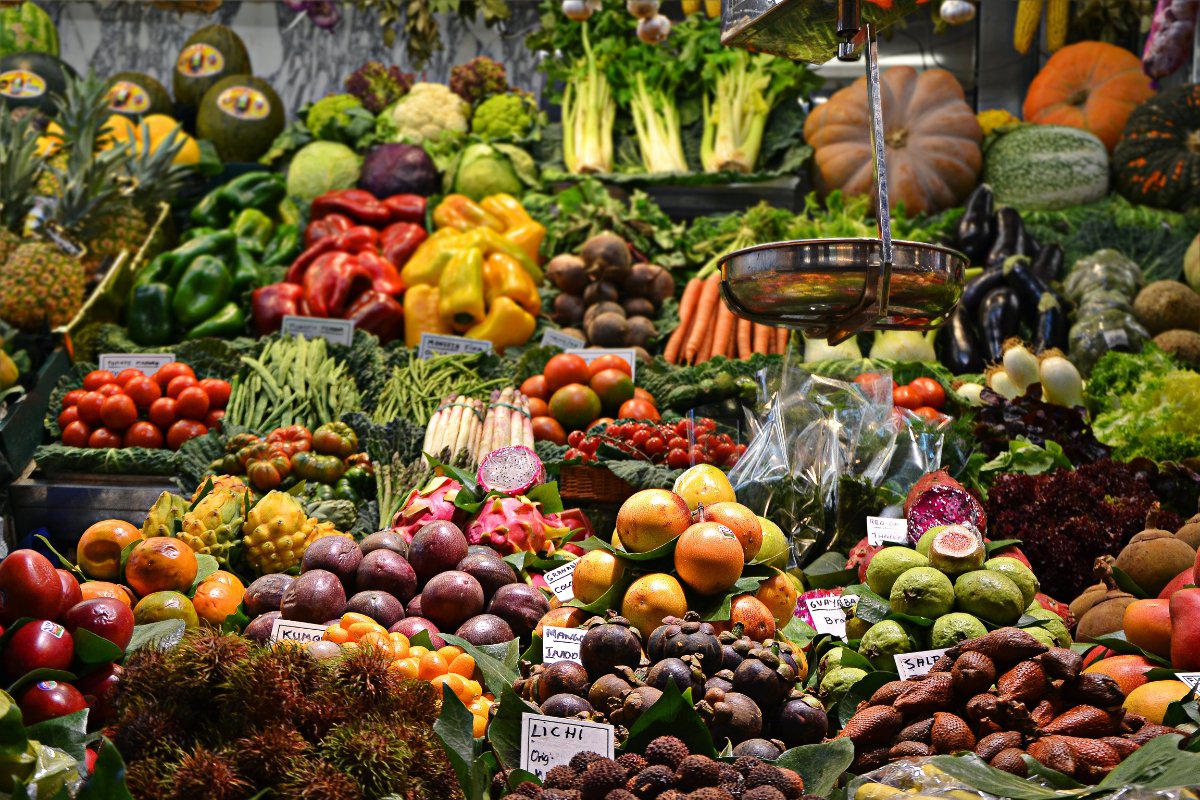