Vincent Logan has a long history of working to right historic wrongs. In his new role, he talks about directing the ‘regulatory machine’ behind the farm credit system, and his plans to provide loans and other capital to all farmers.

Last September, Vincent Logan shattered a historic barrier for Indian Country when President Joe Biden appointed him as the first Native American to sit on the Farm Credit Administration (FCA) in its near 90-year history. He has succeeded Glen R. Smith, and has since assumed the titles of chairman and CEO.

This is the second time Logan—who grew up in Oklahoma and is an enrolled member of the Osage Nation—has been asked to serve on behalf of the Executive Branch. Eight years ago, he served as Special Trustee for American Indians at the U.S. Department of the Interior under President Barack Obama, where he oversaw a $3.4 billion settlement after the Cobell v. Salazar class-action lawsuit resolved a centuries-old land-trust dispute.

Logan’s appointment comes at an important time for Native American farmers, who have long faced obstacles in gaining access to loans and other forms of financial support from the federal government. Early last year, the FCA announced a collaboration with the Native American Agriculture Fund (NAAF) to address those issues by creating what it calls Other Financing Institutions for NAAF and the Federation of Southern Cooperatives to “expand opportunities for lending to underserved farmers and ranchers.”

NAAF was created as a philanthropic organization with funds from the Keepseagle v. Vilsack class-action lawsuit, which is similar to the Pigford vs. Glickman class-action lawsuit for Black farmers and found evidence that the U.S. Department of Agriculture (USDA) had engaged in race-based loan discriminatory practices against Native American farmers and ranchers dating back to 1981. Logan oversaw the trust for NAAF from 2019 until he started his four-year term with FCA last fall.

Some recent examples of projects funded through NAAF include:

Civil Eats had the first opportunity to speak with Logan shortly after he took on the role in early November.

Can you tell us about your new role and the purpose of the Farm Credit Administration? 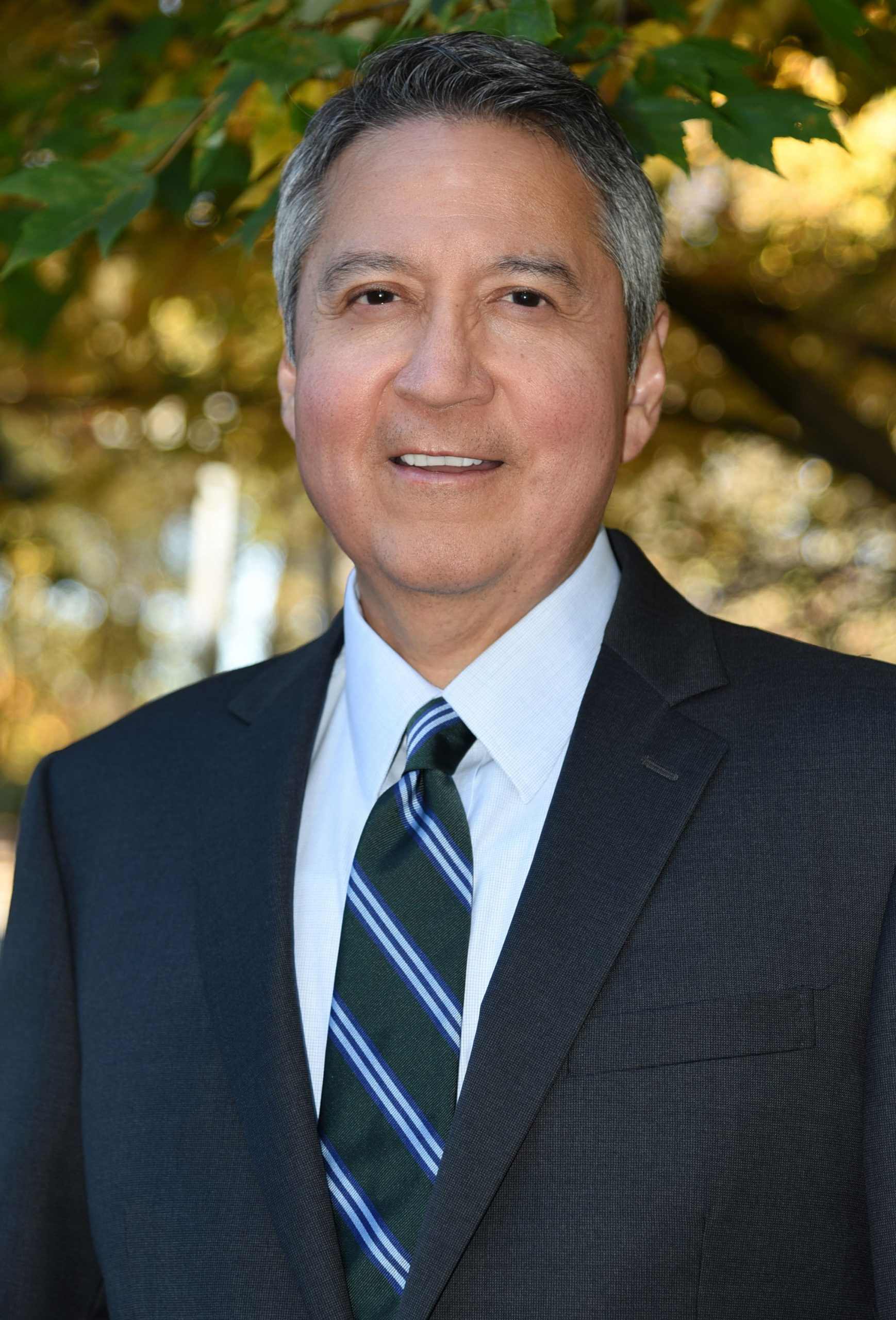 Needless to say, everything needs to be financed. Agribusiness is a very expensive proposition throughout the country: to get food delivered, packaged, processed, and refrigerated. So, farmers, ranchers, and fishers have to access capital for their operations.

This machine is made up of private banks and insurance companies. But 40 percent of the ag-financing in this country comes through the Farm Credit System [a network of banks and other lending institutions], so that is the lion’s share right there. It’s critical that the system is safe and sound for all borrowers and the FCA provides oversight. That requires a lot of work, a lot of attention.

Farm credit may be seen as an abstract concept. What do we as eaters gain from a more equitable approach to accessing farm lending and loan services? Why should we care?

I will give you an example and see if it makes sense. One morning, I got oatmeal, sugar, raisins, milk, and black tea, and I looked at the packaging. I saw that the oatmeal came from Canada, the raisins came from California, the sugar came from Latin America, the tea came from India, and the milk came from upstate New York.

I know your readers think like this because it’s a basic food system issue. How many miles did that food travel to get to my breakfast table? Literally, what were the costs involved in just getting that food to my table?

But more than that, who were the growers and the producers involved? How does that operate? I’m hoping it’s equitable. Young farmers, beginning farmers, small farmers, people of color—I hope everyone gets a chance. I’m a gay man, and our communities are also part of the food system.

A seemingly very simple breakfast is not simple. And all of these people along the chain and all the capital it takes, that’s the amazing story—three meals a day—so think about that. That’s how I view it.

Can you explain the difference between regulation and legislation? What can and can’t the chairman of the Farm Credit Administration do?

FCA derives its powers and authorities from the Farm Credit Act of 1971, as amended. FCA has two primary functions: examination and regulation of system institutions.

We conduct onsite examinations at every system institution on a regular basis to evaluate its financial condition; evaluate compliance with laws and regulations; identify any risks that may affect the institution, or the system as a whole, and ensure the institution is fulfilling its public mission to serve the credit needs of farmers and ranchers, including those who are young, beginning, and small-scale producers. On the regulatory side, FCA issues policies and regulations governing how system institutions conduct their business and interact with borrowers.

Each year FCA is required to publish its Unified Regulatory Agenda. This document reports on the actions administrative agencies plan to issue in the near and long term. As chairman, I will play a large role in setting that agenda and overseeing its implementation.

Your public service career has been closely tethered to these two class-action lawsuits: Cobell v. Salazar and Keepseagle v. Vilsack. To what extent have those historic settlements stoked your interest in making farm credit more accessible?

It’s a wonderful question. One of the issues that we’ve always had is called access to capital, either for the tribal Nations or for individual Native Americans, for either business endeavors or agriculture in this case.

There were a number of outside forces that happened over time though when Cobell came along, that was critical in terms of economic development. It answered a lot of questions that a lot of people had been asking. And when I was a trustee over the tribal and individual accounts, you could see the direct effect from access to capital, how money is invested, and how it ultimately gets to the communities.

This Keepseagle case is another example where lending is critical to the larger picture of economic development. In the beginning, when I was in the philanthropic world working on the [NAAF] trust, access to capital was the number one issue that we talked about. We’re in this space for decades and it added, I’m not gonna say fuel to the fire, but it became part of the organism, so to speak of economic development. And that was pretty exciting for me to be part of that.

How would you characterize the relationship between borrowers and the federal government when it comes to Native communities?

Indian Country, as we call it, [is made up of] the federally recognized tribes and Alaska Native corporations. It includes urban Native Americans, it’s a lot of very complex structures.

I know from my investment career that some tribes have $11 billion in the bank and other tribes have $11,000. There are tribes that have 400,000 members and others have 20. It’s the best example of one-size-does-not-fit-all.

You mentioned how the two work together. It’s an extremely subjective case-by-case environment. When regulations come out, and the government goes to tribal consultation, they hear all sorts of things from tribal communities, and each tribe is so unique and they’re sovereign nations, too. That’s the challenge from the federal side.

From the tribal side, they also have farmers and ranchers who happen to be Native American. And so, where’s the focus? Is it on the tribal nation or on their individuals? Someone would say, “Well, you can do both.” Yes, you can. But it is an extensive and extremely complex community. I’ll put it that way.

What was it like for you to manage the financial portfolio for the Native American Agriculture Fund?

Janie Hipp, the first CEO of NAAF, asked me to help her out on the investments of the fund. So, I went out to Fayetteville, Arkansas, and there was a desk, a chair, and a laptop, that’s it. It was establishing a charitable trust without a piece of paper to start with.

We started down the road of developing all of our policies, including the investment and banking policies. When I got to the Interior at the Office of the Special Trustee, they had volumes of policies on my desk, numbered and tabbed. But this empty office model—it was amazing.

There was some anxiety [about] whether we were going to get everything right. I don’t know if we did or not, but it is now a well-oiled machine. It takes that long. It was not easy to get to where I left to come to FCA, and I’m grateful for that experience.

Do you have any specific goals for the FCA that you can share with our readers at this time?

With a workforce of about 330 employees, the FCA is a relatively small agency when compared to other federal financial regulatory agencies. But we have a national reach, purpose, and mission to serve all creditworthy borrowers working as, or aspiring to become, farmers and ranchers in rural America.

We are charged by Congress to be there for them in good and bad economic times. Heading into 2023, my overarching goal is to work to strengthen and fulfill that mission—not only for today’s ag producers, but also those in the future upon whom our nation, and frankly the world, will depend for food and fiber.