Leaving Some Farmland Fallow Benefits the Air We Breathe

A new study shows that air quality improvements are due to the absence of agricultural production. 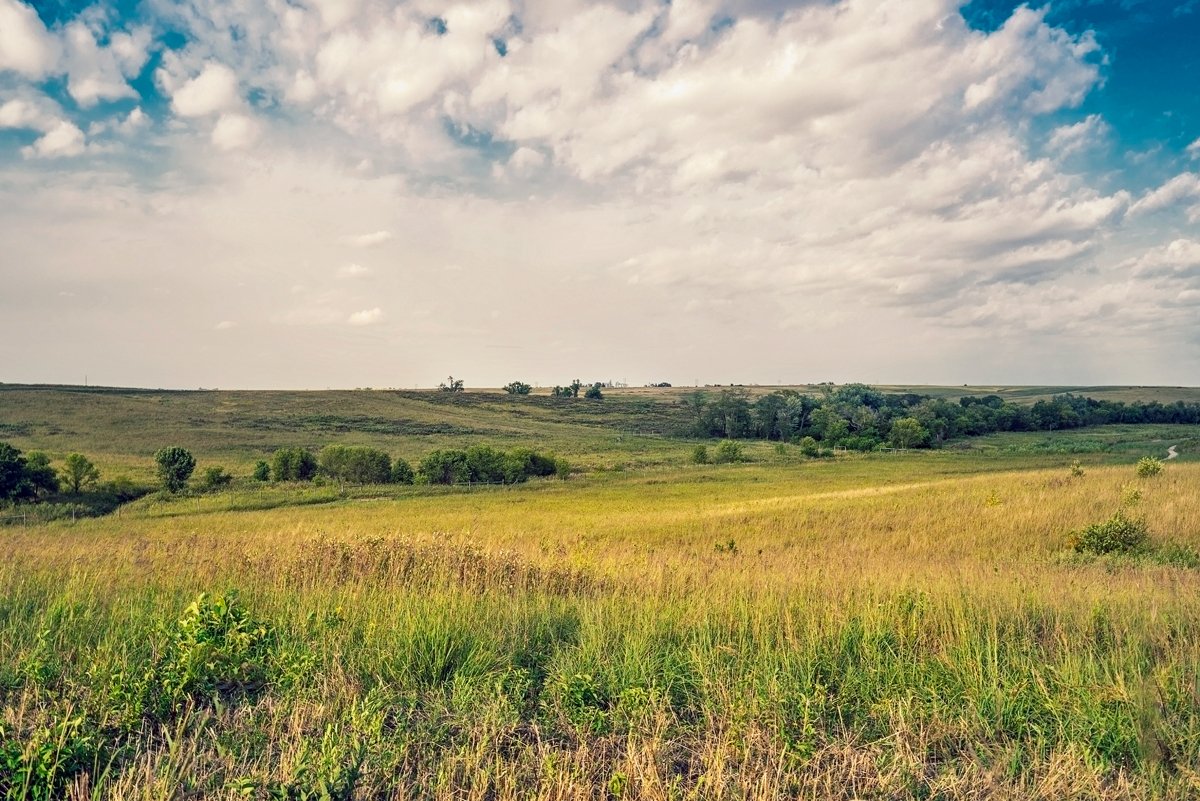 The Conservation Reserve Program (CRP)—a federal program that pays farmers to stop farming on low-quality pieces of their land through 10–15 year contracts—may be one of the most cost-effective ways to improve air quality, according to a new study. While the program’s benefits to habitat, soil, and water quality have been documented throughout the program, this study, published in the journal GeoHealth, is the first to quantify its life-saving air quality benefits.

The study found that areas with more acres of land set aside through CRP had lower levels of fine particulate matter. Using data from 2,300 counties, the researchers cross-referenced national public health data from 2001–2016 with each county’s percentage of arable land enrolled in CRP.

Fine particulate matter, or PM2.5, refers to particles no more than 2.5 micrometers in diameter. The particles are small enough to cause inflammation that leads to asthma, heart and respiratory diseases, and several cancers. This hazy cocktail often consists of dust, fossil fuel emissions, and the volatile organic compounds applied to farmlands. Ammonia from fertilizers, for example, breaks down to form fine particulate compounds. And when tractors and other heavy machinery till the soil it reduces plant cover, increasing windblown dust. Droughts also exacerbate PM2.5 levels. But the researchers found that areas with more CRP acreage also saw fewer deaths—“and many billions of dollars saved via those prevented deaths,” the study reads.

“Our findings represent the real possibility that [the CRP] could pay for itself many times over just based on one small component—reduced fine particulate matter concentration.”

In 2008, when CRP acreage was 35 million acres, the authors estimate there were 1,300 fewer deaths than would have occurred if all the land had been farmed. Placing the value of a statistical life at $7 million (a bit less than the Environmental Protection Agency’s (EPA) recommendation), CRP saved roughly $9.5 billion.

“Our findings represent the real possibility that [the program] could pay for itself many times over just based on one small component—reduced fine particulate matter concentration,” says study co-author Douglas Becker, a postdoctoral economist at the University of Idaho in Moscow. In fiscal year 2021, about 20.5 million acres were registered as part of CRP, costing the USDA roughly $1.8 billion per year. Given his preliminary estimated public health savings, “CRP could be a mind-bogglingly efficient program,” he adds.

While the air-quality benefits were not an intended goal of CRP, the findings shed further light on the impacts of intensive agricultural practices. “The key takeaway is that the air quality improvements are due to the absence of [agricultural] production,” says Michael Happ, who was not involved in the study and works on climate and rural communities at the Institute for Agriculture and Trade Policy (IATP).

PM2.5 concentrations are measured in micrograms per meter cubed (mg/m3). While the GeoHealth study found that the average PM2.5 concentration for the entire period was 9.5, CRP reduced that average by up to 1.6 in heavy agricultural areas—including the former Dust Bowl region of the central and Southern Plains states, vast swaths of the Dakotas, and the windblown loess farming region of eastern Washington and Oregon.

“That’s huge,” says Becker. All this is happening in the “bread basket” Great Plains and Midwest. “CRP is a big deal in these places,” says Becker.

Last year, the World Health Organization updated their air quality guidelines for PM2.5—it is not to exceed 5 mg/m3 for annual mean concentrations—citing air pollution as one of the biggest environmental threats to human health. The EPA’s National Ambient Air Quality annual average standard for PM2.5 is 12 mg/m3—a limit that the agency is currently reconsidering after an independent panel called for the national standard to be lowered to 8–10.

“Air quality is one [of CRP’s environmental benefits] that was under the radar. . . . Look at all the environmental costs that we, the public, are bearing. People are getting sick and dying.”

“Even a small amount of air pollution over a long amount of time can have measurable impact on health,” says study co-author James Crooks, a climate epidemiologist at National Jewish Health hospital in Denver, Colorado. “Even though 9.5 is below the current EPA standard, there is significant evidence that these concentrations can still lead to premature death,” he adds.

“Air quality is one [of CRP’s environmental benefits] that was under the radar,” says Silvia Secchi, a natural resource economist at the University of Iowa, who was not involved in the study. On the other hand, this study helps make the impact of agriculture on air quality more visible. “Look at all the environmental costs that we, the public, are bearing. People are getting sick and dying,” she adds. Ammonia reduction policies, the most cost-effective way to tackle PM2.5 pollution, also exist in Europe, but not so in the U.S. or China (another big agricultural powerhouse).

And Yet, CRP Numbers are Dropping

CRP acreage hit a peak in 2007 at around 36.7 million acres, but it has been decreasing since then. Currently, total acres enrolled sits at roughly 21 million—a decline fueled by high corn and grain prices, sent higher by global yield reductions due, in part, to the war in Ukraine. “The reduction [in CRP acreage] is not because we don’t need environmental benefits; it’s that farmers want more land to farm,” says Secchi.

She also points to the fact that the GeoHealth study findings don’t tease apart two things happening at the same time—farmers took the land out of CRP and employed more intensive practices on it. “Farmers turned to continuous corn, rather than the corn-soy rotation that employs less fertilizers, less tillage, and results in less emissions,” says Secchi. In fact, the ethanol boom has expanded corn production by 8.7 percent, or 6.9 million acres, between 2008 and 2016.

As grain prices continue to increase, American farmers have also been allowed to end CRP contracts a year early to plant wheat “for the country,” says Happ. Although the program’s environmental benefits are well-emphasized, economists highlight that the program also serves as a price control mechanism by keeping farmers from over-producing. “As discussions around the new farm bill come up, we need to talk about human lives and how we reduce particulate matter,” adds Happ. To encourage enrollment in CRP, Happ advocates for raising both the program’s acreage cap and the payment cap so that it’s more competitive with corn and other commodity prices.

“It has been very frustrating for me as a researcher to see how secondary environmental goals are in the conservation title of the farm bill,” says Secchi. “The way to solve air quality is not to design better filters,” says Secchi. “You’ve got to keep those emissions out of the air to begin with.”