The Field Report: The USDA Steps Up Its Investments in Regional Food Systems | Civil Eats 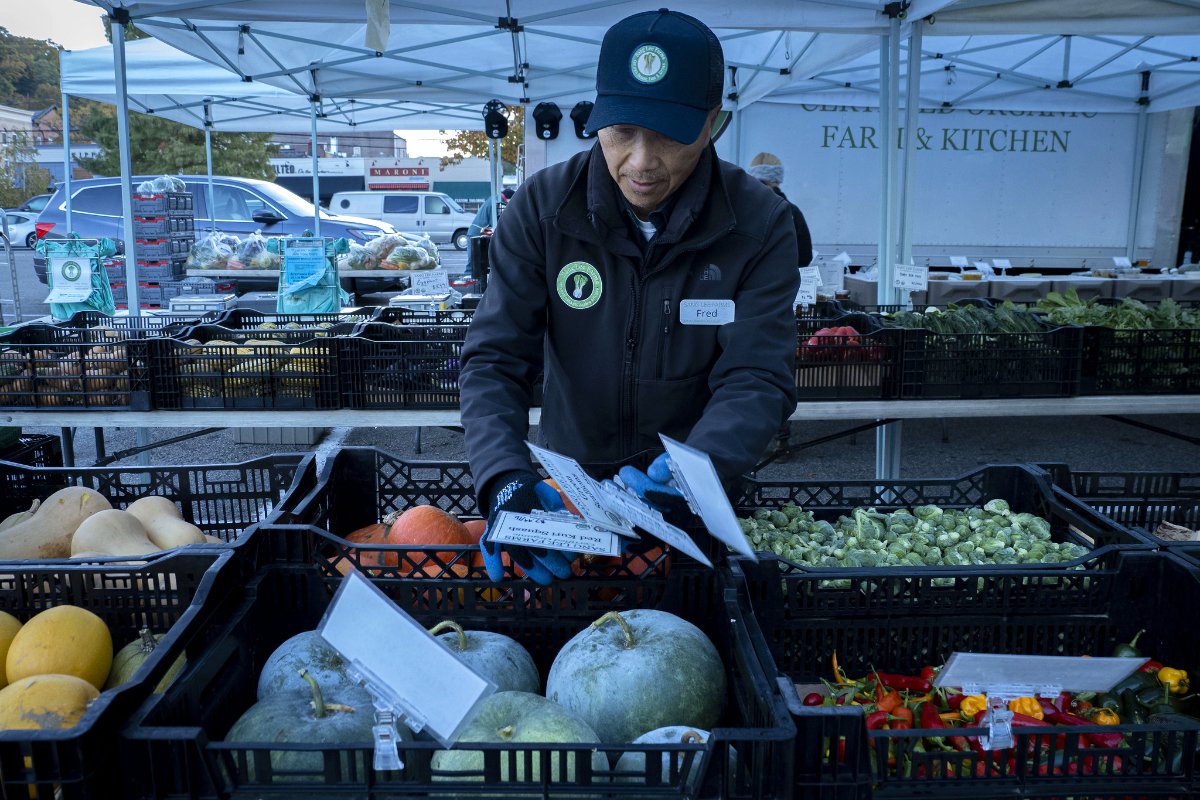 After decades of intense consolidation and globalization, rebuilding food systems that are rooted in and built to serve smaller geographic regions is no simple project. Over the past year, the U.S. Department of Agriculture (USDA) has made several major investments in just those kinds of systems as part of its Food System Transformation Framework. It has funded the development and expansion of small meatpacking plants, increased farm-to-school grants that create direct pipelines between local growers and cafeterias, and implemented new urban agriculture programs.

Now, the agency is investing $400 million in agricultural command centers that it hopes will better coordinate all of those various pieces, strengthening local supply chains.

“There’s a real opportunity for producers to partner with those that want local and regional food systems, but it’s sometimes difficult to know how to get started, and how to take advantage of or even to be aware of the various programs that exist,” Agriculture Secretary Tom Vilsack told Civil Eats in an interview on Monday. “The point of this [effort] is to create a vehicle—with all these various programs that we’ve now created—to ensure that people have access to the information they need to be able to build that local and regional food system.”

Groups of collaborators made up of nonprofits, state agencies, and others are eligible to apply to create and run the Regional Food Business Centers. According to Vilsack, the centers will have three key responsibilities: coordinating regional food efforts across federal, state, local, and tribal agencies and governments; providing comprehensive technical assistance to anyone involved in the local supply chain; and working with surrounding communities to provide small financial grants that will further build local food capacity.

While it may sound like the USDA is creating more food hubs, Vilsack was quick to distinguish these new centers from that model. While food hubs exist primarily to aggregate, market, and distribute produce and other local foods from small producers and make them easily available to regional markets, the centers’ work will be more administrative. A group of farmers intent on creating a food hub, for example, could visit their local Regional Food Business Center to get data on financial structures that might work best, USDA programs they might be eligible for, and potential partners in the area to work with, Vilsack said.

To start, USDA will fund at least six centers, and initially prioritize four areas already determined to be in particular need of economic development and job growth: tribal communities, counties along the U.S.–Mexico border, the Mississippi Delta/Southeast Region, and Appalachia.

“We are creating an environment in which these areas that have been persistently poor . . . will now see local and regional food systems as a strategy for job growth, as a strategy for wealth creation,” Vilsack said. What will grow and actually succeed in those environments, where small farms and other local producers still face daunting challenges, such as the skyrocketing cost of land and the need to compete with cheaper food produced by multi-billion dollar global corporations, is still a wide open question.

Vilsack says USDA will measure the success of all of the regional food systems investments based on whether thriving farm-to-school programs, farmers’ markets, and better coordination are creating jobs and ultimately contributing to more financial stability for smaller farms operating outside of global supply chains. That last criteria is especially timely, given the recent release of the National Young Farmers Coalition 2022 survey of young farmers.

Similar to the last survey, conducted five years ago, the coalition found most young farmer respondents were operating smaller than average farms and faced major barriers to economic success, with land access at the top of the list. And 71 percent of those farmers said they were unfamiliar with the USDA programs that might help them.

“Success will be if we’re able to create additional market opportunities so that mid- and small-sized operators still have a chance of staying in the business,” Vilsack said. “And then we [have to] attract new people.”

Read More:
The Field Report: Tom Vilsack on How the USDA Can Transform the Food System
As COVID-19 Disrupts Industrial Meat, Small, Regional Processors Have a Moment to Shine
How a Northwest Co-Op is Building a Local Food Future Beyond Big Ag

Fast Food vs. Farm Labor. In addition to aggressive new climate bills passed last week, California Governor Gavin Newsom on Monday signed legislation that could benefit fast food workers.  The law will hold fast food chains accountable for wage theft in a new way and create a Fast Food Council that will have the ability to raise wages across the industry and enable more effective union negotiations. “Governor Newsom’s signature on AB 257 makes this Labor Day an historic one and shows what’s possible when working people unite and raise our voices,” Anneisha Williams, a Los Angeles fast-food worker and leader in the Fight for $15, said in a press release. “We’ve gone on strike, marched in the streets, and rallied across the state to make sure our demand for a voice on the job was heard even as powerful corporations pulled out all the stops to silence us.”

At the same time, however, Newsom is pushing back against a bill that would make it easier for farmworkers to vote in union elections without retaliation from employers. Over 24 days in August, farmworkers and their allies marched 335 miles to the state capitol to support AB 2183. But after the Senate and Assembly passed the bill, Newsom said he couldn’t support it in its current form. Powerful agriculture and business interests in the state oppose the legislation, and Newsom vetoed a similar bill last year. Now, the pressure is building: On Sunday, President Biden stepped into the fray, issuing a statement urging Newsom to support the bill. “Farmworkers worked tirelessly and at great personal risk to keep food on America’s tables during the pandemic,” he said. “In the state with the largest population of farmworkers, the least we owe them is an easier path to make a free and fair choice to organize a union.”

“It Would Literally Change My Life.” Last week, the White House finally announced that its highly anticipated Conference on Hunger, Nutrition, and Health will take place on September 28. And as the date approaches, advocacy groups, businesses, and legislators are pushing to shape the event’s agenda. On Tuesday, Representatives Jim McGovern (D-Massachusetts) and Rosa DeLauro (D-Connecticut) joined Hunger Free America to release a report they said would provide “vital context” to the conference. Based on a survey of 800 households and 60 in-depth interviews with low-income individuals receiving federal food benefits, the report found that changes to SNAP, WIC, P-EBT, and the Child Tax Credit made in response to pandemic-related increases in food insecurity helped families afford enough food—and more fresh and whole foods—while also making it easier for them to take care of critical expenses like childcare and housing.

“If you want to understand what people experiencing poverty and food insecurity really need, the best way is to directly ask them,” Hunger Free America CEO Joel Berg wrote in the report. “The recent increases in food and cash assistance … were critical in helping people through the pandemic, but many of those improvements were desperately needed even before COVID-19 changed what was possible, and they need to remain in place and be expanded if we hope to truly solve hunger.”

A few common themes emerged from the interviews. With increased support, participants said they were able to buy more fruits and vegetables, and that benefits lasted longer so that they weren’t struggling as much at the end of each month. But challenges around transportation and shame and stigmatization persisted.

Big Beef’s New Player. Walmart is now in the cattle business. Last week, the mega-retailer acquired a partial stake in a beef packing plant that is set to process 1,500 cattle a day in North Platte, Nebraska. Beef processing is incredibly consolidated, with Cargill, JBS, Marfrig (National Beef), and Tyson processing about 85 percent of cattle in the country, and lawmakers and the USDA have increasingly been calling attention to the negative impacts of that consolidation on ranchers and consumers. But the beef industry has not seen a lot of vertical integration in the past. That’s in contrast to the poultry and hog industries, where in the big processors often own everything from chicks and feed all the way up to the grocery store aisle. Walmart may be racing to keep up with its rival, Costco, which began building its own chicken business in Nebraska in 2018.