This Labor Day, Catch Up on Our Food and Farm Worker Reporting | Civil Eats

Labor Day is often seen as a holiday to mark the end of summer, but the day has its roots in the early labor organizing and worker movements of the 19th century—a time with many similarities to the current moment.

Like the factory and mine workers of that era, today’s food workers—who range from farmworkers to cooks to bicycle delivery people to grocery store clerks—often spend long hours facing grueling, often dangerous, working conditions with little pay while their bosses take home record profits. It’s no coincidence, then, that these workers are coming together in new ways to find their voices, and organize and engage in collective bargaining in numbers many of us haven’t seen in our lifetimes.

And while they’re facing resistance—such as the recent closures of stores by Starbucks, Trader Joe’s, and Chipotle that appear to be in response to unionization efforts by workers—it doesn’t seem to be slowing the movement down one bit. Want to dig in further? Here’s a list of some of the best food and labor stories Civil Eats has published this year. 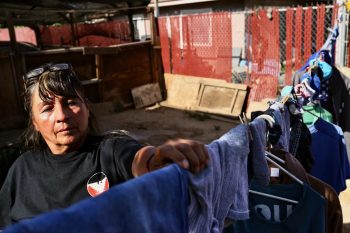 Farmworkers Bear the Brunt of California’s Housing Crisis
Despite $100 million in recent investments, many of the state’s 400,000 to 800,000 farmworkers live in cramped, unsafe conditions.

Many Restaurants Pay Tipped Workers Next to Nothing. Does that Violate their Civil Rights?
Exclusive: Advocates have advanced a lawsuit against Darden, the nation’s largest full-service restaurant company, for racial and sexual discrimination as a result of paying tipped workers below the minimum wage. 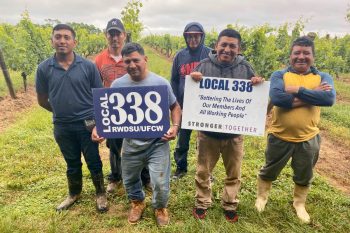 What a Surge in Union Organizing Means for Food and Farm Workers
Amid historic protests, walkouts, and union votes, the pandemic put the impacts of income inequality on stark display—and galvanized a movement.

‘Food Companies Didn’t Get the Memo’—Steven Greenhouse on the Unionization Wave
The ‘father of modern labor journalism’ explores why food system workers are fed up—and why the Starbucks union is such a big deal.

The Fight for L.A.’s Street Food Vendors
Getting a permit is difficult and expensive, and the state food code is prohibitively complex for small-scale vendors. A coalition is working to help protect this important economic and cultural tradition. 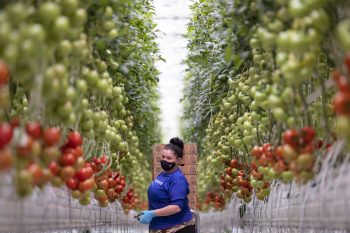 What Will the Rise of Giant Indoor Farms Mean for Appalachian Kentucky?
AppHarvest says it’s inventing an industry ‘from scratch,’ but it’s unclear how the upstart will balance its promise to rural people with a move toward automation.

On the Rural Immigrant Experience: ‘We Come With a Culture, Our Own History, and We’re Here to Help’
Organizer Gladys Godinez on the way immigrants change, and are changed by, rural America.

The Next Frontier of Labor Organizing: Food-Delivery Workers
Groups like Los Deliveristas Unidos are organizing delivery workers at Doordash, Uber Eats, and other apps who are demanding better working conditions, despite a lack of employee protections—and often being undocumented.

Jorts the Cat Wants You to Care About Farmworkers’ Rights
Jorts and Jean, some of the internet’s most famous cats, are turning the spotlight on labor organizing. 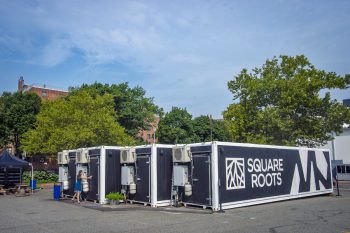 California’s Sheepherders at the Center of an Overtime Battle
These workers leave their families behind to work on-call around the clock on H2A visas for years at a time. And while advocates say they deserve more pay, producers worry the industry just doesn’t have the margins.

Op-ed: I’m a Fast Food Worker. Here’s Why I’m Striking for Industrywide Reform
Workers in California are taking to the streets to support the FAST Recovery Act, which they believe will give them a voice on the job and force corporations to take responsibility for maintaining safe and healthy workplaces. 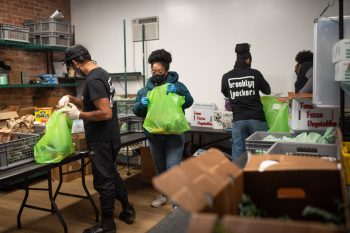 Inside the Brooklyn Packers’ Vision for a Community-Based Micro Food Hub
The worker-owned, Black-led food cooperative quickly shifted their operation to provide emergency food during the height of the pandemic. Now, they are looking to transition to a longer-term vision of a community-based food hub.

This San Francisco Supper Club Gives Youth a Chance to Reinvent Themselves
At Old Skool Café, young people whose lives have been impacted by violence, the foster care system, and incarceration are learning the ins and outs of the food business and forging new paths in the process.

How an American Crisis Brought Together US Dairy Farmers and Mexican Farmworkers
Ruth Conniff, author of the new book “Milked,” explores the overlap of consolidation in the dairy industry, anti-immigrant policies, and the challenges of documenting life among dairy workers.

As the Infant Formula Shortage Drags On, Food and Farm Workers Focus on Breastfeeding
With low pay, long hours, and job insecurity, food and farm workers often abandon breastfeeding when they return to work soon after a baby is born. This makes them especially vulnerable to the formula shortage—with life-or-death repercussions. 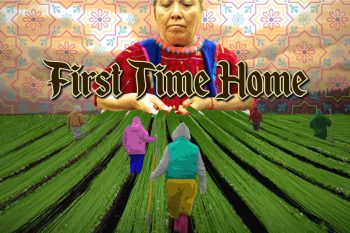 A New Film Documents the Immigrant Farmworker Journey
‘First Time Home,’ a short film created by American children of Triqui farmworkers, offers an unscripted, authentic glimpse into life for farmworker families—and why people choose to sacrifice their lives in Mexico for opportunities up North.

Photo Essay: The Next Generation of DC Central Kitchen Chefs
After three decades of feeding and training low-income residents for jobs in restaurants, the nonprofit is about to dramatically expand its reach.

Food Service Industry Workers Are Organizing to Fund Their Own Reproductive Care
Since the Supreme Court overturned Roe vs. Wade, groups are galvanizing to create the first national fund focused on service workers, including restaurant workers, delivery workers, bartenders, and those working other jobs where tips are central.

Most Farmworkers Speak Spanish, but Pesticide Labels Are Often Only Printed in English
Pesticide labels are designed to help prevent dangerous exposure, but the EPA doesn’t ensure most farmworkers can read them—an oversight that has serious implications for their health, and the environment.