For much of the past century, new highways have destroyed communities of color. A new pilot from the Department of Transportation seeks to revive them, in part by creating access to more fresh and nutritious foods.

The Claiborne Expressway overpass in the Tremé neighborhood. (Photo CC-licensed by the Congress for the New Urbanism)

Every morning, Nora Wilkins wakes up to hear the sound of cars and trucks whistling down New Orleans’ Claiborne Expressway (I-10) from her second-floor bedroom, about a block away from the interstate. Her Creole-style home sits in the shadows of the freeway, where it has been covered for years by toxic particle pollutants.

As Wilkins slowly made her way down the steps and into her garden on a recent weekday, she pointed to the thin layer of soot that blankets her home. Like many other residents in the area, Nora lives with cancer and a range of other ailments that are often associated with the highway pollution. Asthma, high blood pressure, chronic obstructive pulmonary disease (COPD), and heart disease have all been found at higher rates in the areas surrounding the Clairborne Expressway than in the city at large.

The historic neighborhood of Tremé, where Wilkins resides, was once a bustling and thriving Black community anchored by Claiborne Avenue, which was once lined with bakeries, pharmacies, hardware stores, insurance businesses, and food markets along with jazz halls and social clubs. The area provided residents an abundance of jobs and opportunities in the shadows of the Central Business District of New Orleans and served as a cultural center and safe place for Black people to live, work, and play.

But that all changed in 1968, when the federal government funded the majority of the construction of the Claiborne Expressway, which was built on top of the Avenue and suffocated the businesses and greenspace that once thrived below it. This led to the elimination of around 500 houses in one of the country’s oldest African-American communities and the rapid onset of economic and public health disparities we see today. 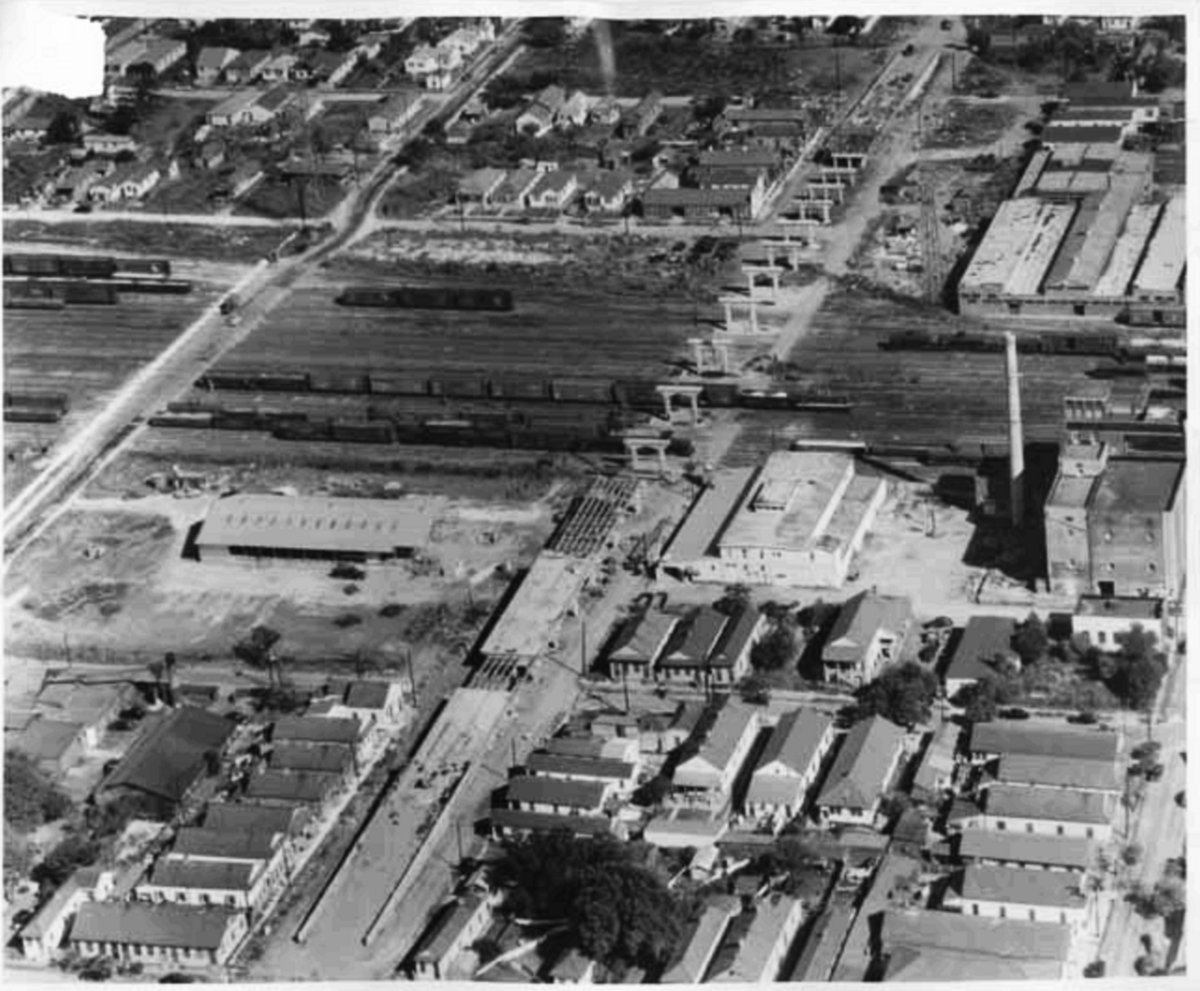 A historical photo from the New Orleans Public Library captioned, “North Claiborne overpass for Press Street yards of New Orleans and Northeastern railroad is nearing its final stages. The work was started April 1. It is only a few blocks away from sister-project, the North Galvez overpass. In addition to speeding flow of traffic, overpasses and underpasses eliminate danger of rail crossing accidents. October 12, 1950.”

The elimination of the Avenue not only changed the geographical landscape of the Tremé neighborhood, it robbed the livelihood and sense of place for the residents who live there. Like Tremé, many Black communities across the United States have been bisected by government-sponsored highways, since the inception of the Interstate Highway System in 1956. As a result, communities in places as far-flung as Baltimore, Los Angeles, Houston, and Buffalo have grappled with disconnection, pollution, and a lack of walkability.

And while the Interstate Highway System has served as the backbone of commerce and trade in our country, it has come at a price. Like many other communities disconnected by highway projects, Tremé fell victim to high crime and poverty rates, poor infrastructure, segregation from city resources, and importantly, a lack of access to fresh and nutritious foods. Another example of this is in Baltimore, where Colin Jones, a resident of the Sandtown-Winchester neighborhood spends almost three hours a day traveling to and from a supermarket on the other side of town. Colin’s neighborhood was segregated from the rest of the city by the Jones Falls Expressway years ago.

In recent years, it has become clear that this trend of highways disconnecting Black communities is not a coincidence and instead a result of years of racist transportation policy.

In June, Secretary of Transportation Pete Buttegieg announced the release of the Reconnecting Communities Pilot Program (RCP), a result of the Bipartisan Infrastructure Law, which aims to aid communities by removing freeways, increasing walkability and corridors and potentially bringing foot traffic to more small food businesses for communities like Tremé, which have been devastated and segregated by highways.

The pilot program is also a massive win for food insecurity and will indirectly provide communities an opportunity to access more fresh and nutritious foods.

During a press conference in Birmingham, Alabama, Buttegieg said: “We can’t ignore the basic truth: that some of the planners and politicians behind those [freeway] projects built them directly through the heart of vibrant, populated communities. Sometimes as an effort to reinforce segregation, sometimes because the people there have less power to resist, and sometimes as part of a direct effort to replace or eliminate Black neighborhoods.”

This is arguably the first time in history that an appointed government agency head has addressed the issue of highways separating communities and it must not go unnoticed, especially as states continue to receive historical levels of infrastructure money from the Bipartisan Infrastructure Law.

The pilot program is also a massive win for food insecurity and will indirectly provide communities an opportunity to access more fresh and nutritious foods. Removing barriers, like highways, to city food markets could mean greater connectivity and access to nourishment for residents who have historically relied on corner stores that sell unhealthy and highly processed foods.

The program allocates funds for two different grant opportunities, which include $250 million for planning grants and $750 million for capital construction grants, in addition to technical assistance.

The purpose of the planning grant is to ensure that communities have an opportunity to provide input about the removal, mitigation, or retrofitting of transportation infrastructure—something that has been traditionally lacking in the process. Community input is important because it would allow residents to push for projects that would foster access to grocery stores and other outlets for fresh foods. 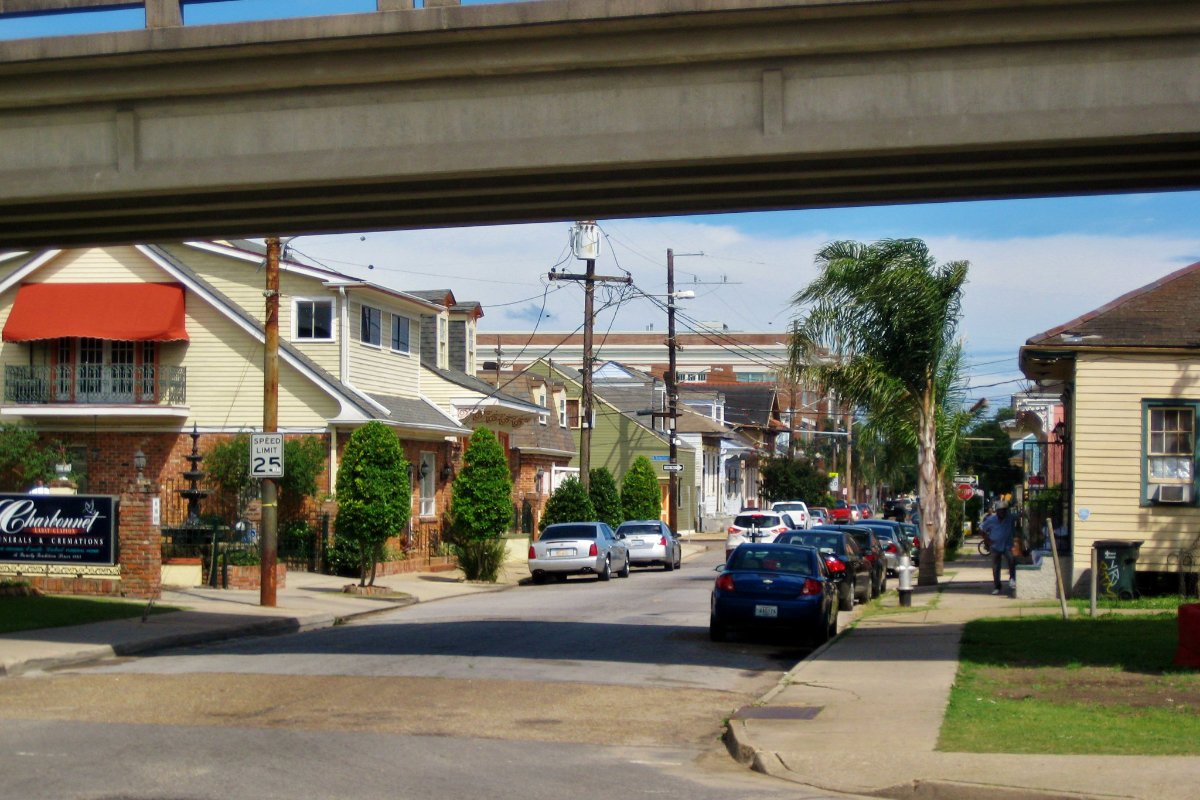 While the RCP program is promising for food security, there are a few things that the U.S. Department of Transportation (USDOT) should consider during the pilot phase.

First, the states will most likely receive the bulk of the funds through the RCP program. That means that project selection will also likely be at the states’ discretion. The federal record has shown that massive federal expenditures and programs such as this one often perpetuate racial inequities and that state funds aren’t always distributed in an equitable way.

The recently passed Inflation Reduction Act also includes $3 billion for Neighborhood Access and Equity Grants and some of that will likely go to fund further freeway removal, neighborhood cleanup, and improvements to walkability in some cities.

In order to help ensure that bisected communities aren’t missing the opportunity to reconnect through the RCP, the USDOT should increase oversight of state transportation agency spending and form a dedicated expert oversight committee to ensure that these funds are distributed equitably while prioritizing communities with the highest need and/or community dysconnectivity.

Secondly, the USDOT must provide oversight of the community engagement aspect of the program and support to help state DOTs develop robust and equitable outreach processes for potential applicants. Ideally, doing so would also lead to steering communities that are more historically representative of the community, and the money would flow to a diverse set of people, groups, and businesses.

Lastly, the USDOT must partner with experts working on other federal grant programs that focus on food security, like the Community Food Projects Competitive Grant Program and the Expanded Food Nutrition Education Program to ensure that the RCP program is holistically reconnecting communities through the lenses of food security and increased food access.

On what would have been Rosa Parks’ birthday in February 2021, Secretary Buttegieg committed himself and the USDOT to honor Parks’ legacy by ensuring that “equity is central” to the agency’s transportation policies and programs. It appears that Buttegieg is following through on his promise. The recently passed Inflation Reduction Act (IRA) also includes $3 billion for Neighborhood Access and Equity Grants and some of that will likely go to fund further freeway removal, neighborhood cleanup, and improvements to walkability in some cities.

Tremé’s Nora Wilkins, for one, is hopeful about what’s ahead. She says that while the removal of the Claiborne Expressway won’t return Tremé to its original glory on its own, she sees it as a step toward righting the wrongs of the past.

Before walking back into her home, Wilkins exclaimed: “For decades, I have been dreaming of the day when I can pick up a coffee and beignets from the local coffee shop and walk along [Claiborne Avenue] under live oaks in the warm Louisiana sun. I am optimistic that my dream will become a reality soon.”

Anthony Nicome is a graduate of the Johns Hopkins Bloomberg School of Public Health Department of Environmental Health & Engineering and previously served as a research assistant with the Johns Hopkins Center for a Livable Future, U.B. Food Lab, and Baltimore Food Policy Initiative. Read more >