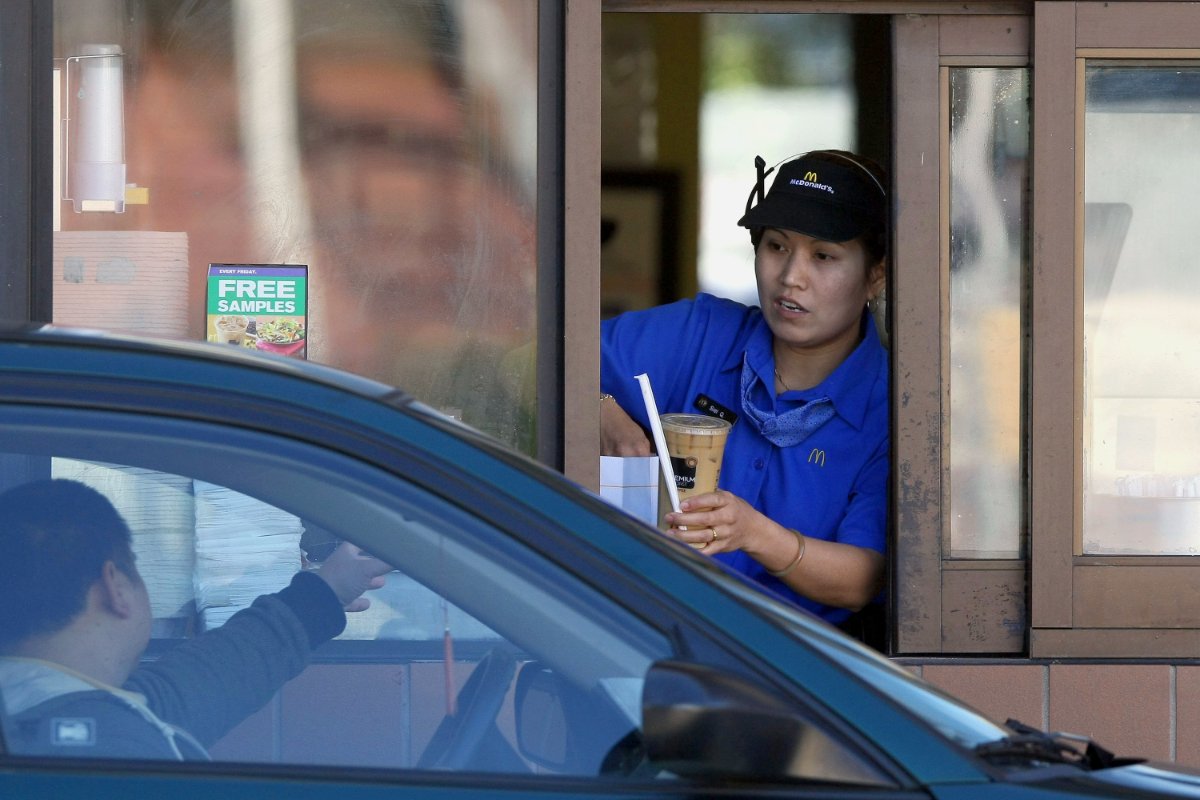 California lawmakers this month are considering a fast food bill that would significantly shift the relationship between restaurant workers and the corporate chains whose products they sell.

If Assembly Bill 257 passes, California would be the first state to assign labor liability to fast food corporations and not just their individual franchise owners.

The bill’s provisions would let workers and the state name fast food chains as a responsible party when workers claim minimum wage violations or unpaid overtime at a franchise location.

The bill’s language also would allow a franchisee to sue a restaurant chain if their franchise contracts contain strict terms that leave them no choice but to violate labor law.

Last week the bill survived the “suspense file” process, where controversial bills often are quietly killed. After clearing the Senate Appropriations Committee, the bill awaits a vote on the floor.

Gov. Gavin Newsom has not stated a position on the bill, but his Department of Finance opposes it, saying it would create “ongoing costs” and worsen delays in the state’s labor enforcement system.

If it becomes law, proponents said it could deter wage theft and other abuses in the low-wage industry.

“How you hold the companies at the top of the food chain, who are really setting the terms and conditions of employment, responsible for the lower levels — California has been way ahead on that,” said Janice Fine, professor of labor studies and employment relations at Rutgers University. “What’s happened in California is a real effort to try to figure out the fissured economy.”

The fast food bill is one of the most contentious measures the Legislature is considering during its final weeks in session.

The California Chamber of Commerce and the state restaurant association have lobbied hard against it, arguing the bill would upend the franchise business model and ultimately raise costs for franchise owners and consumers. On Wednesday, a group of franchisees flooded the Capitol to oppose the bill.

The Service Employees International Union and its Fight for $15 campaign led a series of strikes this summer to rally for the bill’s passage, including an overnight rally at the Capitol this week.

Currently most workers who allege wage theft, say, at a McDonald’s, Burger King, or a Jack in the Box can only name the owner of their specific franchise location as responsible for paying them back—even as they work under the banner of a multibillion-dollar fast food corporation.

In other industries, California already has done some of what AB 257 proposes to do for fast food. In some cases, the state has expanded responsibility for employment conditions beyond the subcontractor or supplier level to the larger companies they do business with, even though they don’t directly employ the workers.

For instance, in 2014 the Legislature made businesses that use contract workers liable for wage theft committed by those workers’ agencies. Lawmakers later did the same for contractors in the janitorial, gardening, construction and nursing home industries.

Last year the Legislature passed a measure putting major fashion brands on the hook for wage theft by garment manufacturers in their supply chains.

Fast food is the latest industry attracting this type of regulation, and it is one of the largest and most visible.

Restaurants such as fast-food joints, take-out businesses and cafes employed more than 700,000 workers across the state, according to June federal data. Proponents of the bill estimate 80 percent of the workers are Black, Latino or Asian and two-thirds are women.

SEIU and Fight for $15 say the industry is rife with labor violations. The union released a survey of 400 workers this year in which 85 percent said they were victims of wage theft.

Business groups said the bill targets fast food unnecessarily. The Employment Policies Institute, a national think tank with restaurant ties, published a report this month showing the percentage of wage claims filed against this segment of business is lower than its share of the California workforce.

If approved, the proposed legislation could mark a turning point in American labor law.

Typically under the franchise model, fast food corporations strike agreements with franchisees that dictate a variety of standards for selling food under their brand — but leave wages, hours and labor conditions up to the franchisee.

The model has provided inroads to business ownership for many minority entrepreneurs, supporters point out.

But critics say companies like McDonald’s and Domino’s have been allowed to profit while distancing themselves from any responsibility for how restaurant employees are treated.

The question of franchisors’ relationship to workers remains unsettled at the federal level. Across three presidential administrations the National Labor Relations Board has gone back and forth on whether to automatically consider franchisors and franchisees “joint employers.” The courts, including the California Supreme Court, have generally rejected that idea under current laws.

“These franchise models have been an avenue and way for companies to avoid responsibility for being employers,” said Emily Andrews, director of education, labor and worker justice at the Center for Law and Social Policy, a national, left-leaning anti-poverty organization.

Studies have found franchisors can exert a significant amount of pressure and control over franchise business owners.

In a paper published last year, law professors at the University of Miami and Cornell University examined 44 franchise contracts from 2016 and found that more than three-quarters gave the chain exclusive power to terminate contracts, putting a franchisee “in a position of economic dependence.”

“Franchisees can respond to intensive franchisor monitoring and tight profit margins by unlawfully chiseling wages as the only cost variable that the franchisor does not directly monitor,” the law professors wrote.

The International Franchise Association disagrees, arguing the business model is defined by franchise owners’ independence in labor decisions. The fast food bill, they said, would reduce those owners to middle managers, and larger companies would pull back opportunities in California if they’re required to monitor labor law compliance.

“You’d be holding an entity responsible or assigning liability for things they don’t have control over,” said Jeff Hanscom, spokesman for the Washington, D.C.-based association which includes franchisors and franchisees. “You’re taking a franchise and turning it into the corporate entity.”

That argument holds some sway with lawmakers in the state Senate.

During a June hearing for the fast food bill before the Senate Judiciary Committee, some Democratic lawmakers questioned if an automatic expansion of liability is necessary. Sen. Bob Wieckowski, a Fremont Democrat, pointed out that under current law a judge can already find a franchisor liable for a labor violation if it’s proven on a case-by-case basis.

Representatives for some franchisors, including McDonald’s, Jack in the Box and Burger King, did not respond to requests for comment on California’s fast food bill.

To worker advocates, extending liability is key to enforcing wage and labor laws.

Yardenna Aaron is executive director of the Maintenance Cooperation Trust Fund, a janitorial worker center that pushed for joint liability in that industry in 2015.

Prior to that law’s passage, Aaron said, contractors often closed up shop or declared bankruptcy when faced with allegations of wage theft, only to reopen under another name or business entity later.

The new law has enabled the state’s labor commissioner to issue citations against larger and more prominent companies in cases of alleged wage theft.

In a highly publicized 2018 case, the California Labor Commissioner named the Cheesecake Factory jointly responsible with a janitorial services firm, saying they owed nearly $4 million to 559 janitorial workers who cleaned eight of the chain’s Southern California restaurants. It was one of the state’s largest cases of wage theft.

The state has brought similar cases against electric car manufacturer Tesla for its contractors allegedly underpaying janitors at its San Jose factories, and e-commerce giant Amazon for a contractor allegedly failing to pay overtime to its delivery drivers.

The Power of the Purse

Labor experts said it’s too soon to tell if joint liability has made it easier for the state to recover unpaid wages. State investigations of wage theft take months. And when the state cites employers, seeking unpaid wages and penalties, employers usually appeal, setting off administrative hearing processes that can take years.

The Cheesecake Factory case is still awaiting a hearing, four years later. Advocates expect a resolution this year, Aaron said. The Maintenance Cooperation Trust Fund represented the workers interviewed in that case; its director at the time, Lilia Garcia-Brower, is now the California State Labor Commissioner.

Officials in the labor commissioner’s office in 2020 pointed to the growing complexity of liability laws for the long delays in processing the tens of thousands of individual wage claims workers file each year.

Aaron said that has been evident in the janitorial industry since the 2015 law change. The worker center meets with client companies that hire janitorial contractors to educate them about labor laws.

“We find, generally, clients want to avoid the liability that contractors would bring in terms of wage theft cases,” Aaron said. “The power of the purse is real.”

Jeanne Kuange covers California's economic divide for CalMatters. She previously covered Missouri government and politics for The Kansas City Star, local and state government for The News Journal in Delaware, and criminal justice issues in Illinois. She is a graduate of Northwestern University’s Medill School of Journalism. Read more >