Some see the northern part of the globe as a new agricultural frontier. It’s also an opportunity to protect Indigenous foodways and expand the agroecology movement.

(Photo courtesy of the Alaska Department of Natural Resources)

Last December, while I was conducting research in Canada’s Northwest Territories, I found myself craving crunchy raw vegetables and paid $8 for a stalk of celery.

High-priced, low-quality produce and shelf-stable goods are common in the North, since much of the food available in stores there gets shipped from afar. When the pandemic strained some of those supply routes, northern governments, investors, and food producers began zeroing in on the question: Can we grow enough food in the North to feed the North?

And the answer is probably yes. Now more than ever, food production in the Arctic and boreal regions of the planet may be possible on a large scale.

Whereas climate change is threatening crop production and local food security in most other regions in the world, in the circumpolar north, scientists predict rising temperatures may enable expanded food production as the growing season gets warmer and longer.

And there is growing appetite for greening icy landscapes and churning out a harvest beneath the midnight sun. In Russia, for example, Chinese investors are developing large-scale soybean farms, and the state of Alaska is currently working to develop 100,000-plus acres of agricultural land through the Nenana-Totchaket project.

The intergovernmental Arctic Council is exploring technological innovations to expand Arctic food production, and new ventures in aquaculture are taking stage. Arctic governments are also developing a range of policies and funding programs to support agricultural expansion. Some countries, such as Canada, Mongolia, and Russia, focus on the northward expansion of commercial agriculture, while others, such as Finland and Sweden, are prioritizing resilient farming systems like agroecology and organic agriculture.

“These well-intended but vague goals of expanding agricultural yield and economic impact may feed into the dominant model of corporate, industrialized agriculture—a model that comes with a host of problems.”

This focus on farming in the far North may sound like a silver lining to the climate crises, especially in a region of the globe where food insecurity is common and produce is often unaffordable. But the changes ahead also bring many potential challenges if we don’t look closely at how that farming takes place and to what end.

In an article recently published in the journal Agriculture and Human Values, my co-authors and I argue that agroecology is the framework that should guide the northward expansion of agriculture.

What worries me most are broad governmental commitments to northern agricultural development and the emphasis on production as the primary measure of success. These vague goals of expanding agricultural yield and economic impact, however well-intended, may inadvertently play into the dominant model of corporate, industrialized agriculture—a model that comes with a host of problems.

For one, there’s the issue of carbon storage—and the fact that farming the region could drive further atmospheric warming if we’re not careful. Most of the carbon in northern soils is stored in boreal peatlands, and only about 2 percent of these have been drained and farmed so far. Deforesting and converting this landscape to agriculture is predicted to result in 44 percent less soil carbon than in undisturbed soils. It could also likely impact downstream water quality and lead to biodiversity loss.

We also need to consider the social and cultural impacts of developing conventional agriculture in a region where hunting, gathering, and nomadic pastoralism have long undergirded traditional food systems and remain important to northern diets today. Throughout the 19th and early 20th centuries in the U.S. and Canada, agriculture was often used as a tool for Indigenous land dispossession and assimilation through residential school farms and government-funded reindeer programs that sought to transform Inuit “from hunters to husbandmen.”

If agricultural expansion in Arctic and Subarctic North America is pursued uncritically, it will risk perpetuating a capitalist-colonial system that does not take into account the need for a decolonized land and food system. 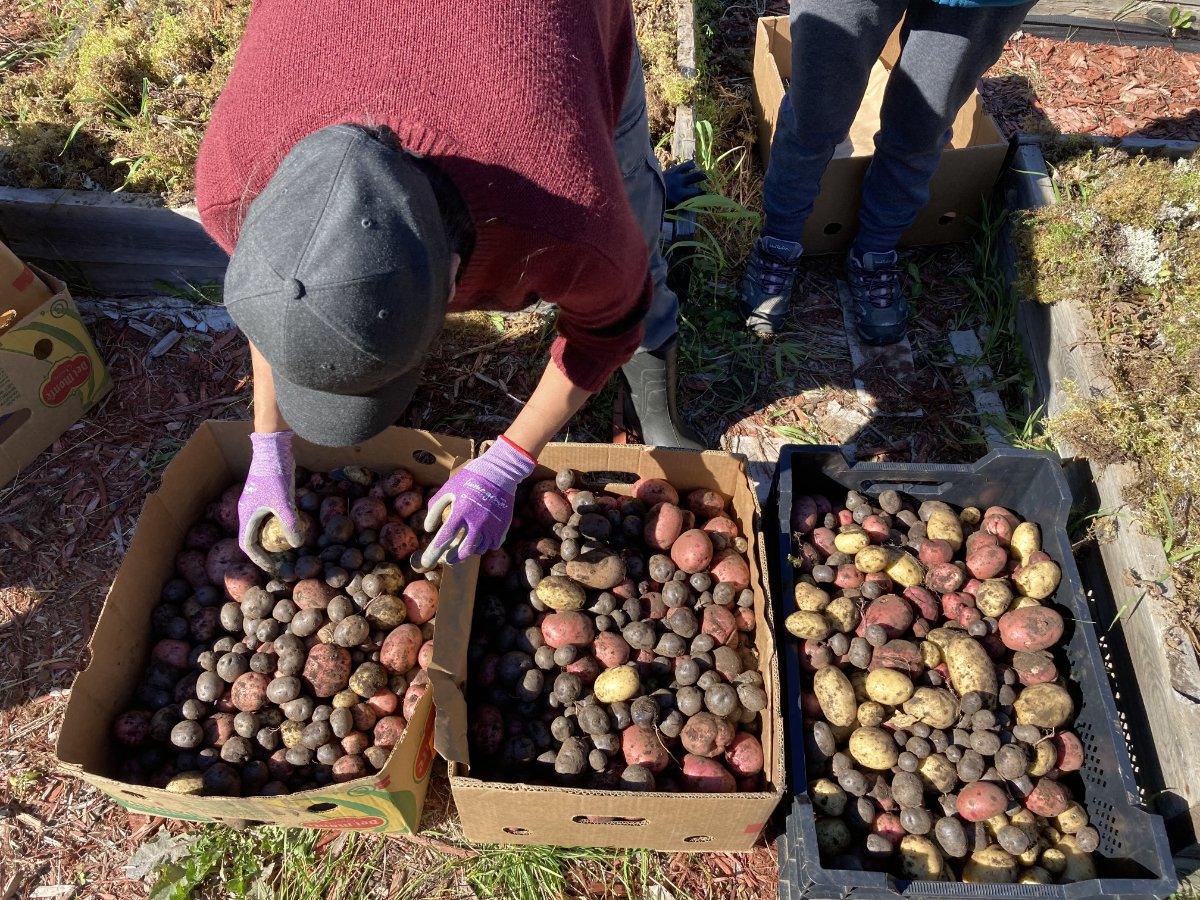 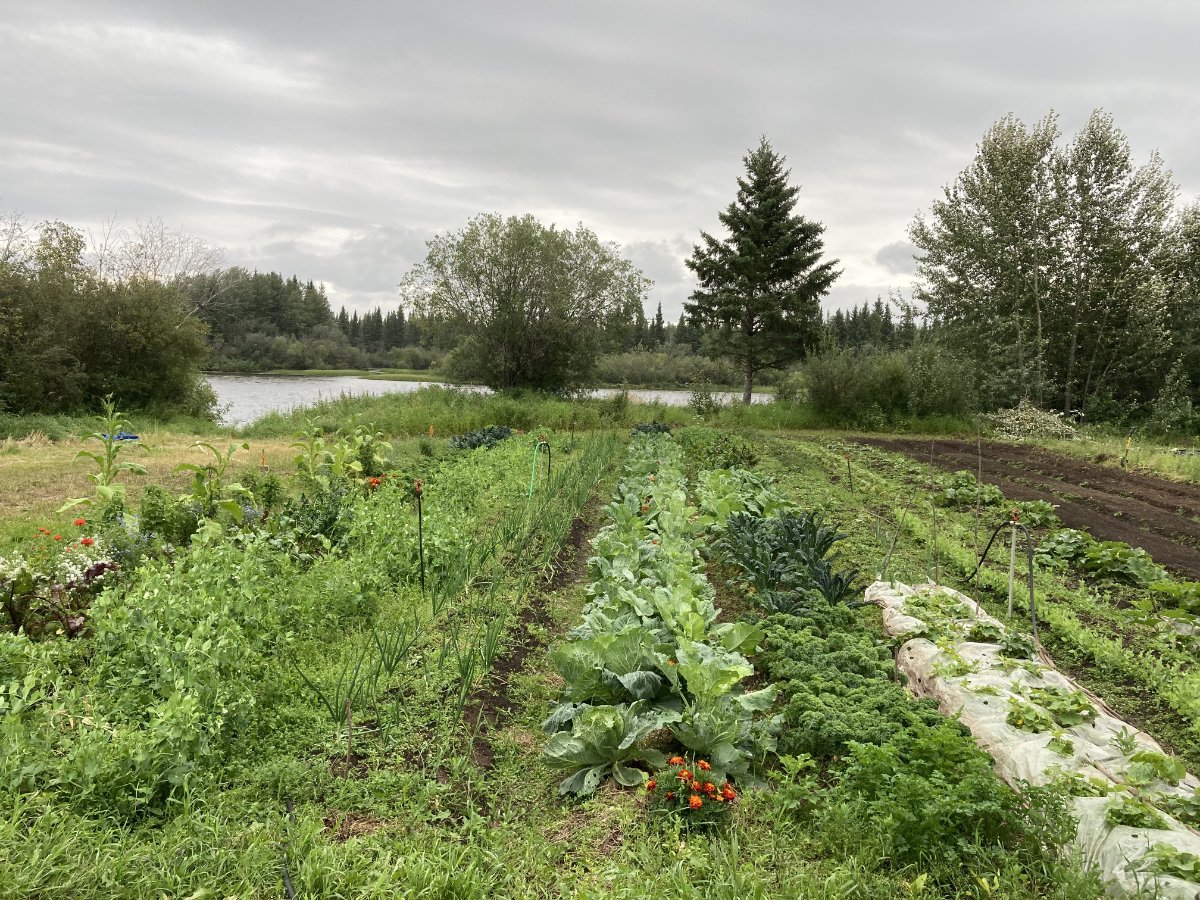 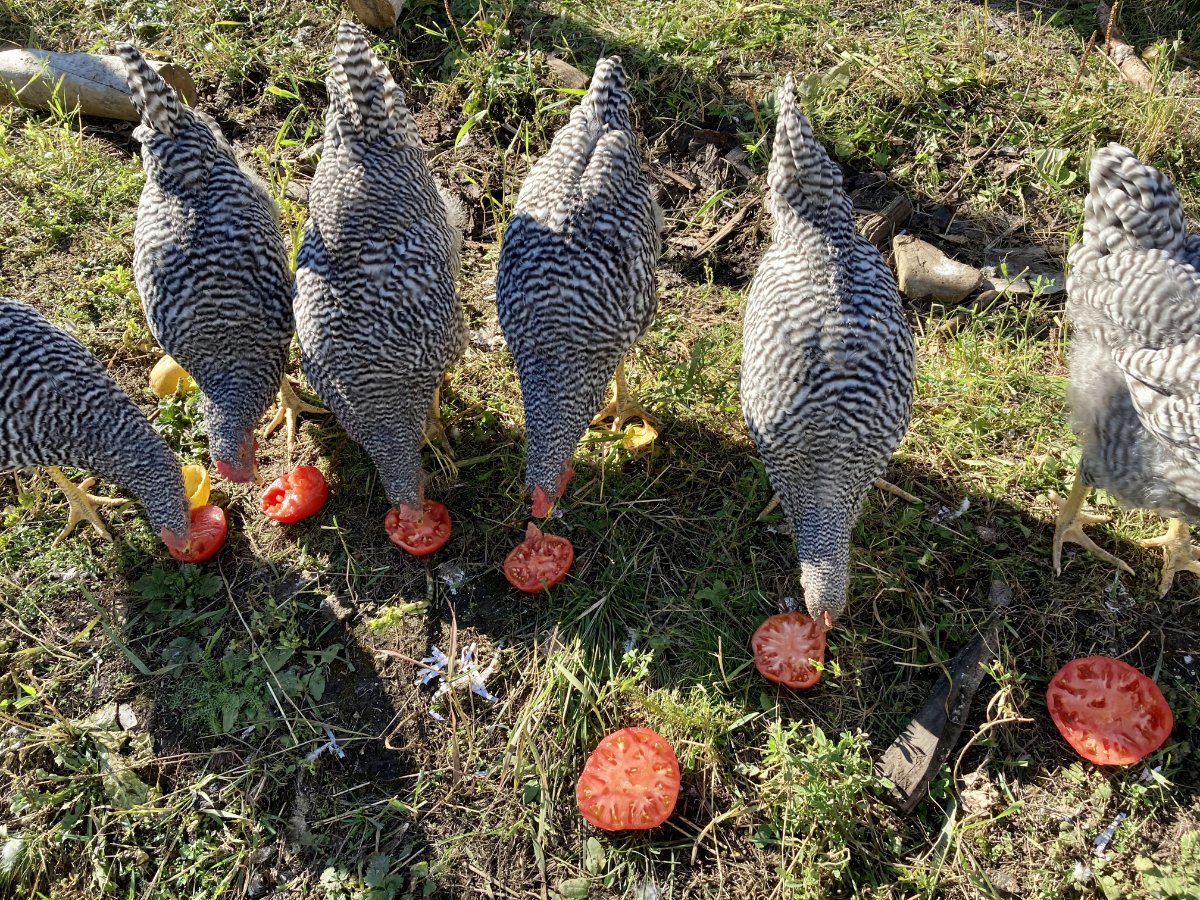 Photos from Sambaa K’e in Canada’s Northwest Territories, where the First Nation maintains both a robust traditional food system and a garden with a huge variety of fresh produce. (Photos courtesy of the author)

Large-scale global land grabs for agriculture are the norm these days, not the exception, and the combination of money, power, and technology can make stunning changes possible in short periods of time. Twenty years ago, few people would have believed that we would drain large swaths of the Brazilian rainforest, cut down its trees, destroy some of the world’s densest biodiversity, and plant some of the world’s largest soybean fields in its place.

We have seen this type of development happen before in places we never expected it would. And we will see it again unless a different system of agriculture is put in place that supports smallholders, defends Indigenous rights, and protects ecosystems.

The agroecology framework provides an alternative—a necessary departure from a food system defined almost entirely by economic output and unending growth to one committed to healthy, sustainable communities, food sovereignty, and biodiversity.

But first, the existing agroecology movement must find a way to incorporate northern food traditions and landscapes.

Agroecology, first developed in the fields of Latin America and later codified in academia and elite global forums, is typically associated with existing agricultural systems in temperate and tropical regions. It is known to many as a science of applying ecological concepts to food systems management, a set of ecologically friendly, organic or alternative agriculture practices, and a peasant-based movement that aims to counter a global agriculture system that prioritizes maximum yields over other social, cultural, and environmental objectives.

So far, the agroecology movement hasn’t made space for hunter-gatherer cultures, nor has it been widely adopted in northern, permafrost-rich landscapes with their long, icy winters and short, intense growing seasons.

However, while many Arctic and Subarctic Indigenous peoples have no traditional agricultural practices, other forms of environmental stewardship align closely with an agroecological orientation. For example, in the Northwest Territories, Canada, in addition to growing food, members of Sambaa K’e First Nation practice stewardship in their traditional food system through sustainable hunting of moose, fishing trout, and harvesting plants such as rat root and Labrador tea. They do continuous monitoring of the forest and lake to prevent over-harvesting, similar to agroecological practices that minimize ecological damage through diversified systems and reducing or eliminating the use of pesticides.

Respect for the land is given through offerings of tobacco and other gifts, prayers, and caring for the plants and animals, among other practices. In Indigenous agroecology practices around the world, similar values have been expressed as buen vivir, or good living, in places like Latin America and New Zealand. In Argentina and Italy, agroecological farmers elevate the importance of the reciprocal well-being of humans and nature.

Agroecology also incorporates social justice, and its often linked to broader decolonizing movements in defense of territory, local livelihoods and food sovereignty that align with many of the goals of northern Indigenous movements.

Agroecology is associated with a host of practices that include avoiding synthetic pesticides, intercropping, cover cropping, hedgerow use, and nutrient cycling. More work is needed to understand how these practices would work within existing soil, climate, energy, cost, and infrastructural constraints of boreal and Arctic regions. While many small farmers in Alaska and Canada are already committed to sustainable growing practices that protect and preserve the northern ecosystem, most are quite isolated and they aren’t connected to larger knowledge-sharing networks around agriculture practices or policies. As an important next step, the global agroecology movement should facilitate shared learning, practice, and political power for these growers.

“This is a chance to get agriculture near the top of the globe right, before we get it very wrong.”

Agriculture has existed on a small scale in Alaska and northern Canada since the early-mid 1800s, when trappers and traders planted gardens at fur trading posts. Isolated markets, rural landscapes and limited infrastructure continue to favor small-scale production, but the Artic and Subarctic are increasingly susceptible to corporate industrial farming as climate change and supportive funding policies promote growth and development. The good news is: this largely hasn’t happened yet!

In this case, we’re not calling on agroecology advocates to take down a corporate food system that has polluted northern land, waters, and communities. We’re calling on them to get involved now and help guide just and sustainable northern agricultural development.

Through the science, practice, and social movements of agroecology, the North can be a model of regenerative and restorative food systems that include agriculture and traditional foods, while protecting Indigenous territorial rights and northern landscapes.

This is a chance to get agriculture near the top of the globe right, before we get it very wrong.

Mindy Jewell Price is a doctoral candidate at U.C. Berkeley's Department of Environmental Science, Policy, and Management. She is a political ecologist and rural sociologist studying agrarian change in northern Canada, with a specific focus on climate-driven subarctic/arctic agriculture. Her research, based on on-going ethnographic fieldwork and archival research in the Northwest Territories, Canada, critically examines the circumpolar north as a new juridical and agrarian frontier. Read more >