$1,000 a Month for Farmworkers? Proposed Payments Aim to Help Amid Drought | Civil Eats 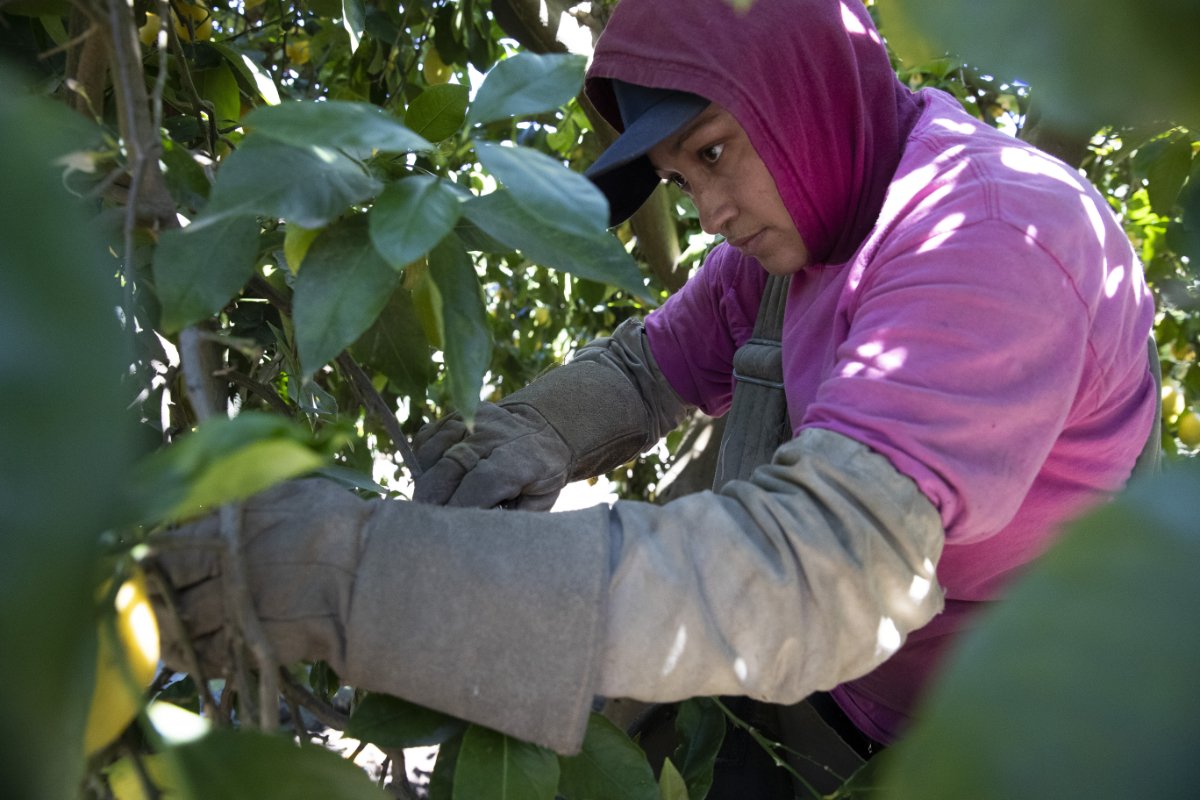 A Democratic lawmaker from the central San Joaquin Valley wants to put cash in the hands of eligible farmworkers to help them deal with the devastation of California’s drought.

Proposed by State Senator Melissa Hurtado, a Democrat from Sanger, Senate Bill 1066 would allocate $20 million to create the California Farmworkers Drought Resilience Pilot Project, a state-funded project that would provide unconditional monthly cash payments of $1,000 for three years to eligible farmworkers, with the goal of lifting them out of poverty.

“When we talk about climate change, we forget about those that are most impacted and are already hurting,” Hurtado said in a phone interview on Tuesday. “And that is the workers and the farmers.”

Part of the reason for the bill is that the agriculture industry lost over 8,000 jobs in 2021 alone due to the drought, Hurtado said.

“This is climate change; we know this (the drought) is ongoing,” Hurtado said. “I don’t anticipate it getting better.”

The proposed legislation comes nearly a year after Hurtado wrote a letter to Governor Gavin Newsom, urging him to prioritize farmworkers with the $35 million the state earmarked for guaranteed basic income pilot programs. The funding, agreed to by the Governor and the legislature as part of the fiscal year 2021-22 budget, will prioritize projects that serve former foster youth as well as pregnant individuals.

Hurtado said the state needs to create more policies that support the agricultural workforce. “Farmworkers have been long neglected and continue to be neglected,” she said. They need “the right policies for them to be successful.”

Advocates say they’re already seeing the impact of the drought on farm work in the Valley.

Carlos Morales has worked in Fresno County’s fields for over 15 years. Earlier this month, he said that farmworkers in the county are already noticing that work is increasingly scarce due to the lack of water.

“There are many fields where the farmers have stopped growing,” Morales said in Spanish in an interview. “There’s no water; there are no jobs.”

In 2021, California farmers were forced to fallow 390,000 acres of land due to the drought and water allocation cutbacks–most of which were located in the Central Valley.

“Farmworkers now have to choose between putting food on their tables and paying rent, as there is less work in agriculture because of the lack of water in the Central Valley,” he said in a news release from Hurtado’s office, adding that the proposed legislation would bring “much-needed relief” to farmworkers and their families.

Some growers also support the legislation. Representatives of agriculture groups such as the California Fresh Fruit Association spoke in support of SB 1066 during a Senate committee hearing on Tuesday.

In a phone interview with The Bee on Thursday, Ian LeMay, president of the California Fresh Fruit Association, said the bill was an “interesting proposal” that acknowledges the many impacts of the drought on Central Valley communities.

“When we are in drought situations, or when we have low water allocations, not only are the businesses that we represent impacted, but ultimately our employees,” said LeMay.

He said he hopes the pilot program can help sustain the livelihoods of California’s farmworkers during the drought so they can remain in the community and be available for employment when the drought dissipates or when “an increased allocation of water is made to the growers in the central San Joaquin Valley.”

Who would Qualify for the Drought Relief Payments?

If SB 1066 becomes law, qualifying farmworkers would be eligible for $1,000 unconditional monthly payments for three years—or up to $36,000.

To be eligible for the program, a household must meet the following criteria:

Undocumented individuals that would have qualified for CalFresh or FCAP, except for their immigration status, could be eligible for the supplemental payments if they meet the other criteria. The legislation does allow for short lapses of unemployment during the duration of the pilot project if the unemployment is “due to reasons out of their control.”

Some Farmworkers Still Left Out of Safety Net

Many farmworkers, especially those that are undocumented, are unable to access unemployment benefits.

Legislators and labor advocates are increasingly calling on the state to expand the safety net to the state’s most vulnerable workers, including undocumented workers.

Last month, Assemblymember Eduardo Garcia, a Democrat from Coachella, introduced legislation that would create a pilot program to provide unemployment benefits to undocumented workers. The bill—a high-priority legislation for the Latino Legislative Caucus—would provide undocumented workers with $300 per week for up to 20 weeks of unemployment between January 1, 2023, and December 31, 2023.

Researchers at the U.C. Merced Community and Labor Center released a report last month making a case for why California should provide unemployment benefits to undocumented workers. Undocumented workers risked their lives during the pandemic, the report found, and could be in significant jeopardy in the future due to climate change.

This article originally appeared in CalMatters, and is part of The California Divide, a collaboration among newsrooms examining income inequity and economic survival in California.

Melissa Montalvo is a reporter with The Fresno Bee and a Report for America corps member. She covers childhood poverty in the central San Joaquin Valley for the Bee in partnership with CalMatters' California Divide project. Read more >