The ‘father of modern labor journalism’ explores why food system workers are fed up—and why the Starbucks union is such a big deal.

A version of this article originally appeared in The Deep Dish, a members-only monthly newsletter from Civil Eats. To read the full issue, with exclusive reporting, interviews, photographs, and more, become a member today. The interview, which took place in late February, has been lightly edited for clarity and length, and updated to reflect recent developments.


Veteran journalist Steven Greenhouse is one of the most influential labor reporters in the U.S. Recently named a Senior Fellow at The Century Foundation, Greenhouse was a reporter for The New York Times for 31 years and spent the last 19 years covering labor and the workplace. He has covered myriad topics, including poverty among the nation’s farmworkers, the Fight for $15, locked-in workers at Walmart, and the push to roll back public employees’ bargaining rights.

His first book, The Big Squeeze: Tough Times for the American Worker, won the 2009 Sidney Hillman Book Prize. We reviewed his second book, Beaten Down, Worked Up: The Past, Present, and Future of American Labor, in 2019. Greenhouse continues to freelance for many publications, and his Twitter account is often the first to follow, break, and make news. We spoke to him about this moment—probably the most significant for workers in decades—and what it means for food and farmworkers.

You’ve noted in all of your reporting, especially during this “Great Resignation,” that American workers are standing up and fighting back to an unusual degree. Some have suggested that 2022 might be the year of the food worker. Do you think this is a new era for labor organizing for food and farmworkers?

“A new era” is a big concept. I began reporting about labor for The New York Times in 1995. And I’m seeing more ferment and militancy among workers now than any time since then, and probably at any time since maybe the 1970s. 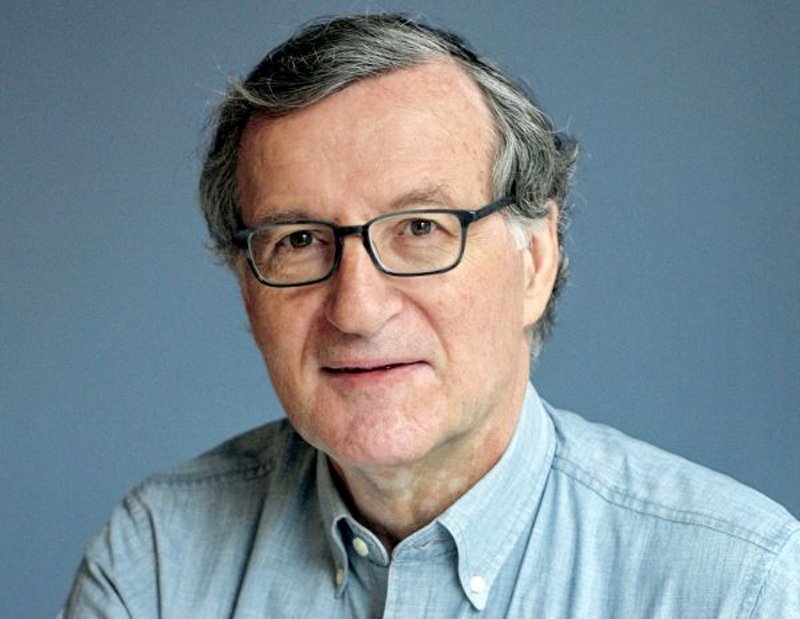 The nation hailed the importance of essential workers during the pandemic: We need cashiers at supermarkets, we need food delivery workers . . . because that holds our nation together, it feeds us. Many of these workers were long overlooked and undervalued, and they’re finally getting the recognition that they deserve. And yet, while they were hailed as heroes, a lot of employers didn’t treat them very well. So when it came to contract time, [employers] acted as if it was business as usual.

Second, when it comes to labor negotiations, with inflation rising, companies are just offering raises of 2 to 4 percent. And workers are saying, ‘What the hell? Corporate profits are up, at Deere, Kellogg’s, and Nabisco, and modest raises hardly keep up with inflation. We’re supposed to be heroes, we busted our humps. And now, you’re not showing the appreciation that we deserve.”

And third, a lot of essential workers put their lives on the line: Cashiers at Walmart, Trader Joe’s, and Safeway faced customers every day and risked catching COVID. And some of these companies, fearing that they might lose business, told their customers, “Hey, you don’t even have to wear a mask into our store.” And that stuck for workers, that really endangered them. Many workers got sick or had to be quarantined and weren’t getting paid sick days. All these things helped contribute to this surge in worker anger, militancy, and strikes.

“Starbucks holds itself out as a more progressive company, so a lot of workers want to hold it to higher standards.”

My sense is a lot of food companies just didn’t get the memo that their workers often gave their all to keep factories and supermarkets running. Workers at Hershey are now trying to unionize, saying, “I worked 72 days straight.” Kellogg’s was trying to make people work 12-hour days, and workers felt that instead of being rewarded when the company made money, the company was making things worse for them. And [food workers] are saying, “Don’t you see that there’s a labor shortage? That we have more bargaining power, that we can go across the street to another employer that will pay us more and treat us better?”

You’ve been writing about and following the incredible rise in unionizing at Starbucks. Former Secretary of Labor Robert Reich tweeted that Starbucks is raising prices after they reported a 31 percent increase in profits and that the company’s CEO’s pay increased by almost 40 percent last year to more than $20 million. These union victories are inspiring other food workers. Why do you think Starbucks matters?

For one, it’s really one of the sexiest, best-known brands in the fast food sector. Starbucks holds itself out as a more progressive company, so a lot of workers want to hold it to higher standards. And it’s the fast food brand where there’s been a unionization breakthrough. This is a big deal.

Starbucks generally offers better benefits than other fast food companies, and I give [former CEO] Howard Schultz credit for that. But during the pandemic, Starbucks workers felt poorly treated and they wanted a voice on the job. The workforce at Starbucks is different than at Chipotle; it’s more countercultural and arguably better educated. And they’re more [likely to be] Bernie Sanders sympathizers. It’s more understandable that they would be the first ones to take the leap.

As of today, workers at 96 Starbucks locations have petitioned for union elections, and I imagine by the time this runs, there’ll be over 100. I strongly believe that the union will win in a lot of these places, despite Starbucks’ aggressive efforts to beat it back. [Editor’s note: as of March 22, the total is 149 stores, including a unanimous win for the union vote in a Seattle Starbucks location.]

The question is: Will this spread to McDonald’s, Chipotle, or Burger King? The vast majority of Starbucks are corporate-owned and operated. Once workers are unionized with a uniform contract, there is more leverage. Whereas at McDonald’s or Burger King, if you’re trying to unionize, you’re often dealing with a franchise owner who owns multiple stores. I think it’s very smart for Workers Unite, which is part of the Service Employees Union, to go after Starbucks because so many stores are generally company-owned and operated.

Many workers at McDonald’s, Burger King, and Chipotle are workers of color, and there are also many immigrant workers, who are generally very sympathetic towards unions. Many immigrants are from Latin America, or come from countries where unions are strong and very popular. Generally, African Americans are more favorably disposed toward unions than Caucasian workers. Martin Luther King, Jr. was a huge fan of unions. And unions, despite their legacy of discrimination, since the 1960s, have done great things to lift up African American workers. So, I imagine, in a few months, the Starbucks’ wave will start hitting some other big fast food chains.

What about the workers’ rights movement at grocery stores, like Kroger? Their business is booming, but their workers are allegedly being left behind. At a number of the stores, almost half a million employees have reported being homeless, receiving SNAP, and relying on food banks.

I was The New York Times economic correspondent based in Paris for five years. A lot of European economists I interviewed talked about the economic model in the U.S. as a “low road model.” A lot of U.S. fast food companies, and some supermarkets, pay minimum wage or just above minimum wage, and provide scant benefits. We’re the only industrial country that doesn’t have guaranteed paid parental leave, paid sick days, or paid vacation.

What happened with Kroger is it just hasn’t kept up with costs. A lot of Kroger workers are only making $10 to $13 an hour. And in many locales across the U.S., that is not enough to feed your family. Workers are saying, “Wait, you’re a big, prestigious, highly profitable company. It’s time for you to step up and do more to share your prosperity with us.” [Editor’s note: on March 21, 47,000 unionized workers began voting on whether to authorize a strike against Kroger at 500 stores across Southern California.]

We’ve reported that, historically, farmworkers have not unionized, and we’re following other developments related to overtime pay on farms. Do you see traction for farmworkers in this moment?

Farmworkers are not treated nearly as well as other workers because a lot of lawmakers say, “Oh, they’re just immigrants, we don’t have to care about them as regular workers.” Farmworkers remain a disfavored group, and that’s very unfortunate. They are among the most hardest working people in the nation with the most arduous jobs and people who do such hard work should be treated at least as well as other workers in my view.

Farmworkers are gaining some traction in the sense that laws are being passed, but we’re seeing very little progress on the unionization front. We’re finally seeing some regulations to protect farmworkers when they work in 100-degree heat. New York state recently passed a law that guarantees overtime to farmworkers, but only after 60 hours of work, whereas for typical workers, overtime is after 40 hours. Washington state passed a law that guarantees overtime over 55 hours, but by 2024, overtime will be after 40 hours, so that’s good. A lot of community groups, immigrant groups, Latino groups are pushing hard to lobby and we are seeing some progress to lift standards for them.

In the U.S., it’s very hard to unionize because employers fight against unions more than any other industrialized country on Earth. Many [large] farm companies act like large corporations in fighting tooth and nail against unions.

And if you’re an immigrant worker, and especially an undocumented immigrant worker, and you’re sticking your neck out to support a union, you might unfortunately get fired. And good luck finding another job. Because farmworkers are often seasonal, moving from farm to farm, from state to state, it makes it much harder to unionize and it means they have less invested than a worker at Amazon, Walmart, or Starbucks who has been there for five years might, and says, “I’m  going to stick my neck out to push for a union, because I have hope to be here a long time.”