The Field Report: The Clean Water Act Has Failed to Curb Ag Pollution 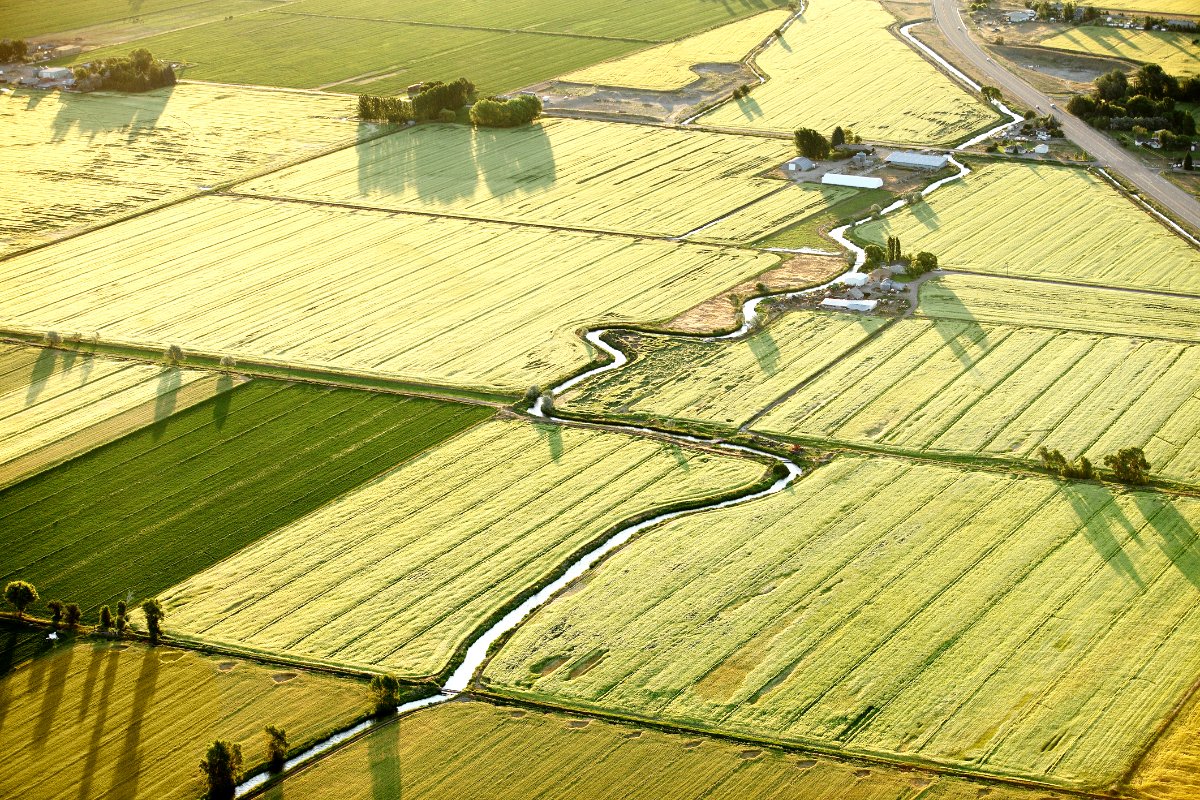 Welcome to The Field Report, our regular round-up of easy-to-digest stories. The Field Report provides you with the perspective, analysis, and context you need to make sense of the most important food system news coming out of Washington, D.C. and around the country. Email lisa@civileats.com with tips.

According to a damning new report, about half of the country’s rivers, streams, lakes, and ponds are classified as “impaired,” and farm pollution is the primary cause.

“[The] failure to confront agriculture . . . is probably the biggest program failure in the Clean Water Act,” said Eric Schaeffer, executive director of the Environmental Integrity Project (EIP), the organization behind the report, at a recent press conference.

In 1972—just two years after Richard Nixon created the Environmental Protection Agency (EPA) and the inaugural Earth Day was celebrated—Congress passed the Clean Water Act with the goal of making all of America’s waters “fishable and swimmable” again by 1983 and to eliminate pollution entirely by 1985. And the law did lead to significant progress in cleaning up waterways, says Schaeffer, who served as the director of civil enforcement at the EPA prior to his role at EIP.

“When I was a teenager in the late ‘60s in suburban Virginia, you could smell the Potomac River pretty much all the time in the summer. The White House used to have to close all the doors and windows whenever international visitors came through,” he said. About Ohio’s Cuyahoga River, which was so contaminated that it caught fire in 1969, he added, “People used to say that it didn’t flow, it oozed. . . . Things have changed for the better.”

But while the Clean Water Act effectively targeted “point sources” of pollution, such as factories and sewage plants, it didn’t include strong controls for “non-point sources,” such as farm field runoff.

And over the past 50 years, farming—especially animal agriculture—has changed dramatically. Large industrial operations that house thousands of cattle, tens of thousands of hogs, and hundreds of thousands of chickens in one place have all but replaced the many small operations that used to be spread out over the landscape. As farms get bigger, animal waste is concentrated in large volumes. Industrial animal feedlots and CAFOs depend on vast acres of corn and soy for feed, and nutrient runoff from the manure and/or synthetic fertilizer spread on fields pollutes waterways.

While nonprofits, corporations, and federal, state, and local governments have poured billions of dollars into incentivizing practices that improve and cover the soil to hold nutrients in place, those practices are far from mandatory and farmers still use them on a very small percentage of the acres used to grow commodity crops.

“There’s a limit to how much can be accomplished by these voluntary programs,” said Indra Frank, the environmental health and water policy director for the Hoosier Environmental Council. In Indiana, she said, the Clean Water Act’s programs have significantly reduced sewage and industrial waste going into rivers and streams, but conservation initiatives to tackle farm runoff are not gaining enough traction.

“For example, the percent of Indiana cropland using no-till remained essentially unchanged from 2005 to 2019 at 38 percent, and the percent of Indiana cropland using cover crops . . . actually dropped to 8 percent in 2019.” With over 24,000 miles impaired enough to restrict recreation, the report found Indiana had the most miles of rivers and streams that were off-limits to people due to pollution.

Iowa isn’t in much better shape. There are nearly 5,000 miles of rivers and streams in the state classified as too polluted for human contact, and while that number might pale in comparison to Indiana’s, it works out to 93 percent of the assessed waterways. “The biggest issue in our state is the lack of regulation for CAFOs,” said Alicia Vasto, the water program associate director for the Iowa Environmental Council, who added that hogs now outnumber people there eight to one.

“EPA recognizes 3,896 CAFOs in Iowa, counting only the largest facilities, of which only 166 have discharge permits. The Iowa Department of Natural Resources counts more than 12,000 animal feeding operations of any size in our state . . . and there is little to no subsequent oversight.”

While the Clean Water Act does direct the EPA to regulate CAFOs as a “point source” of pollution into waterways, the responsibility for regulation is delegated to the states, and court decisions and rule changes over the years have weakened permit requirements and created loopholes. As a result, some states require CAFO operators to apply for permits to discharge pollution and to create nutrient management plans, while others have let permitting systems disappear altogether. A 2019 analysis of EPA and state data from the environmental nonprofit Natural Resources Defense Council found that no permits or official data exist for more than half of the CAFOs the EPA estimated are operating around the U.S.

Delaware, which is home to many highly concentrated industrial chicken farms and slaughterhouses, had the highest overall percentage of rivers and streams impaired for any use, at 97 percent. And 100 percent of the 775 square miles of estuaries the group evaluated in the state were also found to be impaired.

“We have to confront the fact that agricultural runoff is the leading cause of water pollution in the U.S. today,” Schaeffer said. “I don’t think that was true . . . 50 years ago.”

Other Water Woes. Agricultural pollution is not the only water issue in the news. The Pacific Institute, a California-based nonprofit, released an update of its Water Conflict Chronology that revealed 300 new instances of violence over freshwater resources. In addition to attacks on water infrastructure as a result of war, such as in Ukraine, the chronology found climate change is exacerbating conflicts over water resources. “Violence associated with competition and disputes over freshwater resources has continued to worsen in recent years,” Peter Gleick, the chronology’s creator, said in a press release. “These events highlight both worsening competition for fresh water and the growing consequences of human-caused climate change in the form of droughts and floods.” The chronology has multiple implications for the food system, given agriculture’s dependence on water resources and growing competition for those resources in places such as California and the Southwest.

Hunger and Nutrition Share Center Stage. “This is a historic day for the Department of Agriculture,” declared Secretary Tom Vilsack on March 17, as he unveiled a new “nutrition security” framework the U.S. Department of Agriculture (USDA) will now use to ensure its nutrition programs are getting healthy food to hungry Americans. Early in his second term, Vilsack named shifting from food security to nutrition security as a priority, and the new strategy includes four pillars: meaningful support, healthy food, collaborative action, and equitable systems. “These pillars will now define the decision-making process we go through, whether it’s formulating the dietary guidelines or figuring out ways in which we can improve SNAP or expand WIC or . . . improve school lunch programs,” he said.

The announcement coincided with President Biden signing a massive spending package into law that included $2.5 million for a White House Conference on Food, Nutrition, Hunger, and Health. Advocates have been pushing for the conference as one way to coordinate and integrate efforts around hunger and nutrition for years.

But the same bill did not include an extension of the waivers that have allowed schools to serve free meals to all children over the past two years. Advocates and experts said Congress’ decision to let the waivers, which were first granted during the pandemic, expire could have devastating impacts on schools still struggling with supply chain and workforce challenges—and the children from low-income families they serve. However, the broader push for universal school meals has widespread support and increasing momentum and is likely to continue.

Dairy Developments. Last summer, Horizon, the organic milk brand owned by Danone, announced it was ending contracts with 89 small dairy farms in the Northeast. Maple Hill Creamery, an organic grass-fed milk company based in New York, dropped about 40 local farms not long after. Since then, organic dairy advocates, farmers, and local residents have been rallying to save the farms and stabilize the economic situation for small organic dairies in the region. Then, last week, the Wisconsin-based cooperative Organic Valley made an announcement with potentially widespread impacts, revealing it had already added 10 of the farms that had lost contracts and offered contracts to 80 more. (An Organic Valley spokesperson wouldn’t say how many of the farms offered contracts were from the farms associated with Horizon vs. Maple Hill.)

“We are the only national brand still fighting for small family farms,” Bob Kirchoff, Organic Valley CEO, said in a press release. Meanwhile, the Northeast Organic Family Farm Partnership, an initiative created to increase demand for milk from small, regional farms, announced that celebrity chefs Tom Colicchio and Dan Barber have committed to buying 50 percent of the milk for their New York restaurants from brands that are owned by organic family farms or show commitment to supporting those small farms in the area.