The Field Report: PFAS Are Contaminating the Food Supply 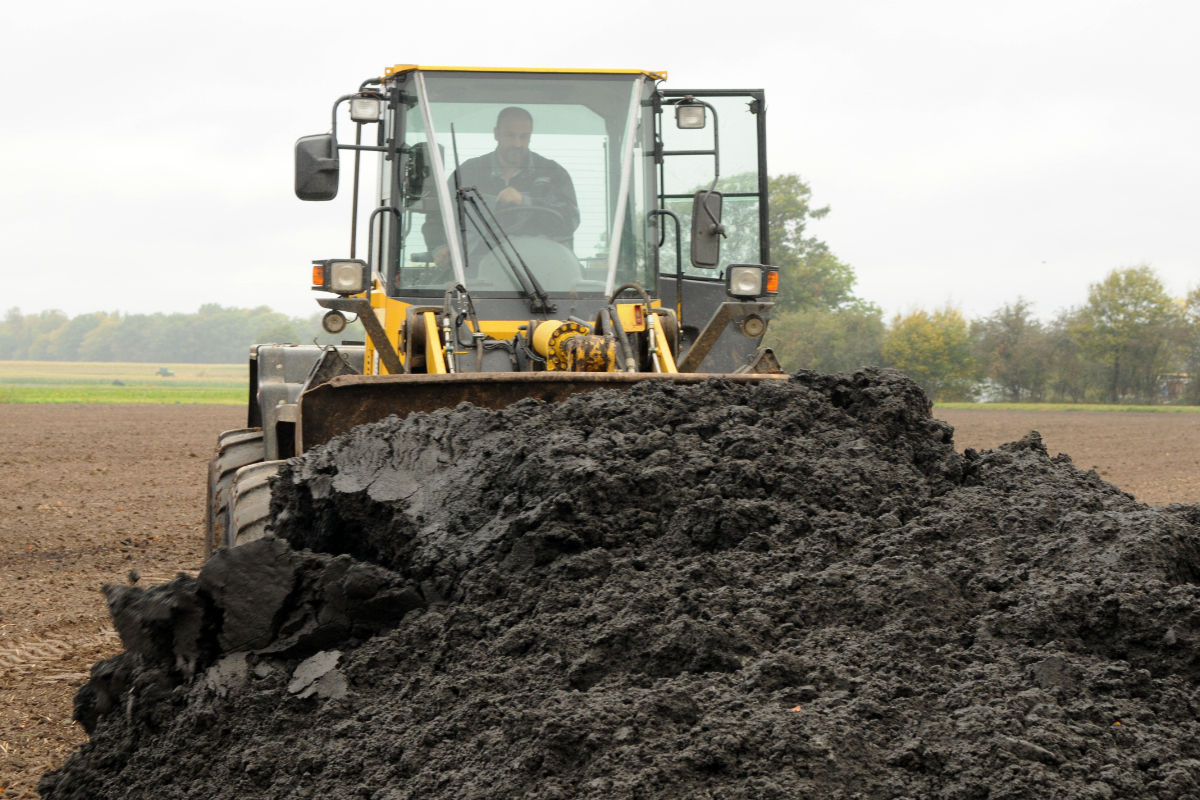 Pollution from PFAS—notoriously dubbed “forever chemicals”—has been linked to multiple cancers, diabetes, and a wide range of other health problems. Their presence in the environment and in our bodies is now considered such an important issue that last fall, the Biden administration announced a plan involving at least six federal agencies to combat PFAS in air, water, and food.

More than 20 years ago, a farmer with sick dairy cows was the first to sound the alarm about what we now know is widespread contamination of the country’s waterways. And this week, new evidence emerged about how PFAS are contaminating farms and the food they produce.

In Michigan, beef from a small cattle farm was found to contain PFAS after the farmers fed the animals crops grown with fertilizer made from wastewater byproducts tainted with the chemicals. And in Maine, an organic produce farm growing heritage grains and vegetables for local communities stopped selling its products after finding high levels of PFAS in the farm’s produce, soil, and water. Tests showed Songbird Farm’s well water had PFAS levels 400 times higher than the state’s legal limit for drinking water. The contamination was also tied to wastewater sludge that had been applied to the land in the early 1990s, more than two decades before Adam Nordell and Johanna Davis established the farm.

“We are reeling from this news and are working to understand what this means for the safety of our products, the viability of our business, and our health,” the farmers wrote in a statement on their website. “The state’s response to the emerging crisis around PFAS has focused on the dairy industry. We have the unhappy distinction of being the first produce farm to communicate with the Maine Department of Agriculture on this issue, though sadly we won’t be the last.”

Meanwhile, in places where the climate crisis is exacerbating drought conditions, residents and ranchers are increasingly relying on groundwater—only to find it contaminated with PFAS at unsafe levels. The PFAS Project Lab at Northeastern University has documented PFAS in soil or water at 1,781 sites, while the Environmental Working Group has mapped over 2,800 sites where public and private water systems are contaminated.

Given the scale of the problem, advocates and lawmakers are calling for action in states and at the federal level. In Maine, Songbird’s farmers testified at a hearing for a bill that would curb the practice of spreading contaminated sludge. In Washington, the Environmental Protection Agency (EPA) will monitor some PFAS chemicals in drinking water starting next year, and the Biden administration’s plan includes U.S. Department of Agriculture (USDA) research on contamination in the food system and expanded FDA testing of PFAS in food. But it’s unclear whether all these efforts will be enough to halt the practice, how the existing, and likely wide-spread, contamination should be remediated, or what will happen to the farmers and eaters who have been affected. At a House Agriculture Committee Hearing today, Congresswoman Chellie Pingree (D-Maine) promised she will ask “how NRCS [the Natural Resources Conservation Service] can help farmers test and respond to PFAS contamination.”

You’re Cooking (the Climate) with Gas. The food system is one of the primary sources of methane emissions in the U.S.—from cow burps, farts, and food waste—along with natural gas production. But when it comes to climate impact, the two sectors might be even more linked than we realize, by our cooking habits. A Stanford study published last week found that gas stoves emit far more methane than the EPA had previously estimated. Based on measurements from 53 homes across California, researchers estimated that 1.3 percent of the gas flowing to stoves leaks instead of getting burned off and is released as methane, and that three quarters of the leakage occurs when stoves are turned off. “Using a 20-year timeframe for methane, methane leakage from all U.S. stoves each year is comparable in climate impact to the annual carbon dioxide emissions of half a million U.S. cars,” lead researcher Robert Jackson told Civil Eats in an email.

The findings are likely to increase the calls to rapidly electrify kitchens, spurred by two factors. This week, Special Presidential Envoy for Climate John Kerry hosted a gathering of 20 nations to discuss accelerating plans to reduce methane emissions. And over the past two years, story after story has reported on the fact that gas stoves also produce much higher levels of toxic nitrogen dioxide in homes than previously thought. (This study confirmed that finding, as well.) Even small amounts of nitrogen dioxide can exacerbate respiratory issues, especially in children. Some states are already moving to ban gas stoves and furnaces, but they’re facing intense opposition from industry and political backlash has led to other states banning restrictions on gas use.

Read More:
Methane From Agriculture Is a Big Problem. We Explain Why.
The Food System’s Carbon Footprint Has Been Vastly Underestimated

Ag Exports Get a “Pop-Up” Port. The USDA announced it’s helping to fund a 25-acre “pop-up” yard for refilling shipping containers at California’s Port of Oakland to help the agriculture industry export its products. Due to COVID-19-related supply chain disruptions and intense demand for imports, ocean carriers have been avoiding back-ups at ports by leaving with empty shipping containers that would normally be packed with food to be sent back to Asia. According to Reuters, the move is likely to help exporters of nuts, dairy, and produce in the region.

USDA’s First Urban Ag Council. Agriculture Secretary Tom Vilsack also announced that the agency has finally selected 12 individuals to serve on the inaugural Advisory Committee for Urban Agriculture. In the 2018 Farm Bill, Congress directed the agency to create the committee as one component of a set of investments to expand urban agriculture. One big takeaway is that on this front, the agency appears to be honoring its commitment to prioritizing diversity: Both of the seats reserved for active urban farmers went to farmers of color—Jerry Ann Hebron in Detroit and Bobby Wilson in Atlanta. A supply chain position went to Zachari Curtis, operations director at Dreaming Out Loud, a renowned nonprofit that uses urban farming as a tool for racial and economic justice for D.C.’s marginalized communities. (Of course, that doesn’t change the agency’s terrible track record of discriminating against Black farmers.) Other committee members represent academia, finance, and city-based hydroponic production, including Gotham Greens CEO Viraj Puri.

Read More:
Will Biden’s Food and Ag Appointees Live Up to His Promises on Racial Justice?
Op-Ed: How Urban Agriculture Can Fight Racism in the Food System

Sky-High Growth for Sky-High Crops. San Francisco-based Plenty secured the largest investment ever made in a vertical farming company—$400 million—bringing its total money raised to just under a billion dollars. What’s particularly significant about the news is that Walmart was one of the major investors in this round—and at a high enough level that a Walmart executive will be joining the company’s board. And starting later this year, Walmart’s California stores will begin selling Plenty’s leafy greens. While questions about efficiency, cost, environmental impact, and the impact on outdoor farms remain, it’s a sign that the expansion of vertical farming is continuing at a fast clip.

Empire State Farmworkers Move One Step Closer to Overtime Pay. Farms have long been exempt from rules that require businesses to pay overtime to workers who exceed 40 hours per week. Last week, despite objections from farm groups and some farmers, a state board moved New York one step closer to changing that by recommending the state phase in overtime requirements for farmworkers over the next 10 years. The state would be following in California and Washington’s footsteps, and it’s just the latest move expanding protections for workers. In 2019, lawmakers passed a bill giving farmworkers the right to unionize. And New York is the starting point for a union push that’s picking up steam in another sector of the food system: Employees at 15 Starbucks locations across the country have filed for union elections, after workers at a Buffalo store were the first to unionize back in December.

Read More:
The Farmworkers Who Pick Your Food Don’t Get Paid Overtime
An Inside Look at Union Organizing in the Fast Food Industry
Less than 1 Percent of US Farmworkers Belong to a Union. Here’s Why.

Anti-Avocado Uprising. In one Indigenous township in Mexico, citizens have formed their own government and anti-logging patrols to take back control of their lands from those hungry to profit off of avocado plantations. The AP, reporting from Cheran in the western state of Michoacan, reported that the avocado industry is causing devastating deforestation and draining water resources (with the involvement of drug cartels), but now, “farmers here have agreed on a total ban on commercial avocado orchards, which he contends only bring ‘violence, bloodshed.’”