New research finds massive soil loss across the Midwest, which sends more pollutants into the water, dust into the air, and carbon into the atmosphere. Changing farm practices and improved technology could reverse the trend.

The dark-colored soil (right) has been farmed no-till and with cover crops for decades, while the pale one (left) is from a tilled field with no cover crops. (Photo by Dale Strickler)

Chances are, if you live in North America, you’ve eaten corn from the Corn Belt, a region in the Midwest that produces 75 percent of U.S. corn.

Scientists have found that around 35 percent of the region has lost its most fertile A-horizon soil, more commonly known as topsoil, since European colonization in the 1600s, resulting in estimated annual economic losses of around $2.8 billion and a 6 percent reduction in crop yields per year. Their findings are published in the Proceedings of the National Academy of Sciences.

Farmlands with losses of topsoil require inputs of industrial fertilizers, which come at a cost to both farmers and the environment.

Using satellites, the researchers were able to compare the color of bare agricultural lands to make estimates about soil loss. This was the first study to use satellites and lidar (a radar-like system that uses lasers instead of radio waves) to estimate the relationship between soil loss and the land’s topography. The estimates were verified using a database of soil samples collected throughout the region, including in places that have never been farmed or plowed, such as native prairies.

Hilltops, they found, are often completely denuded of topsoil, while soil tended to collect in lower-lying areas. Soil loss is due mainly to erosion from flowing water. 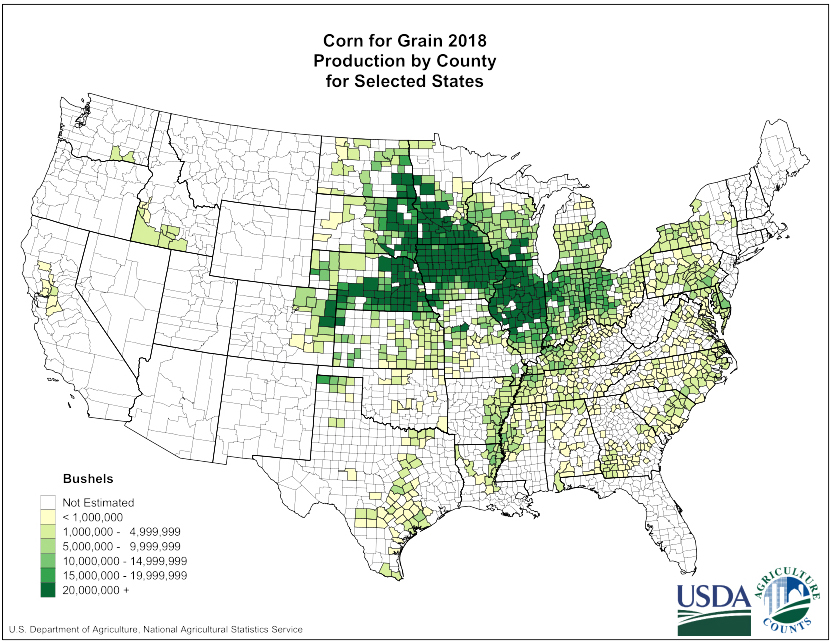 Modern industrial agricultural practices are to blame for this exodus of dirt, in particular tilling, or plowing, said lead author Evan Thaler, from the Department of Geosciences at the University of Massachusetts, Amherst.

The mechanization of plowing began in the mid-1900s. While this allowed farmers to work larger areas of land, it has resulted in some negative effects on soil health. Tillage breaks up the soil and unlocks nutrients, but over time, the process compacts the soil and damages the microbial life important for capturing carbon and storing nutrients.

Thus, farmlands with losses of topsoil require inputs of industrial fertilizers, which come at a cost to both farmers and the environment. Farmers may spend hundreds of thousands of dollars a year on fertilizers. But due to erosion, much of this fertilizer simply washes away into watersheds and, in the case of the corn belt, into the Mississippi River.

“A third of the Midwest is currently losing 50 percent of its fertilizer,” Bruno Basso, a professor at Michigan State University, who was not involved in the study, said. “Which means the plants are stunted and smaller. And it doesn’t matter how much fertilizer you put on these areas, they will not take the nitrogen up. So, it’s a vicious cycle.”

Wasted fertilizers and stunted crops are costly, but the other cost is to the climate. Globally, more carbon is stored in the soil than in all the Earth’s plants and the atmosphere combined. When soil is left bare and washes away, important stores of carbon can be released into the atmosphere, worsening the climate crisis. 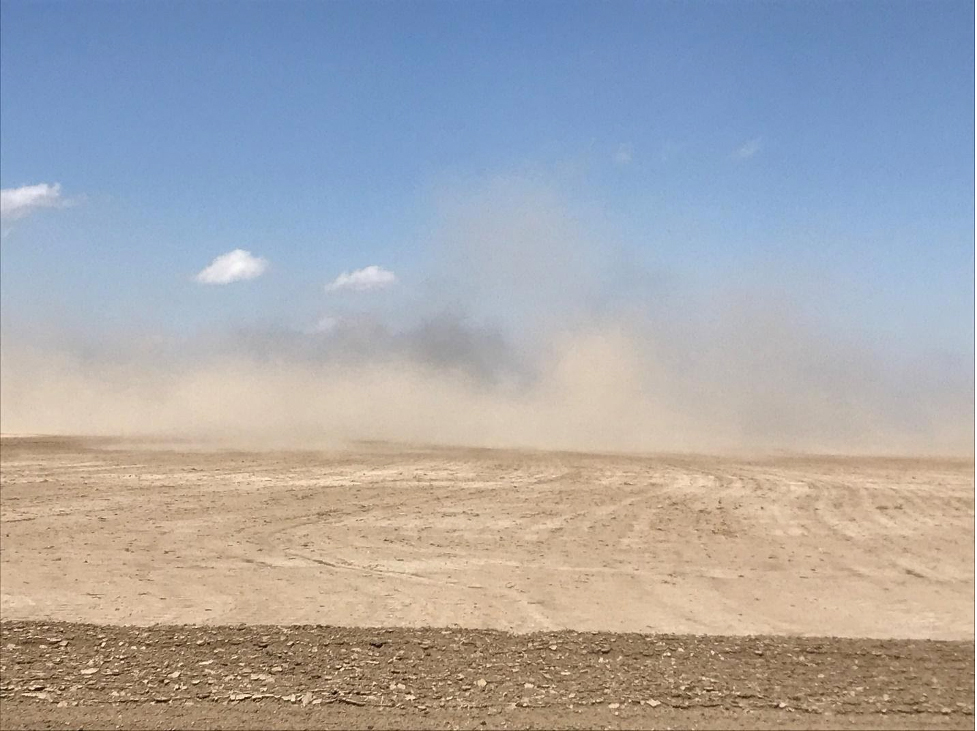 Powder dry, blowing soil in western Kansas in September of 2019. Tillage and fallow caused the Dust Bowl in this region in the 1930s, yet these two practices are still prevalent in the area. (Image credit: Dale Strickler)

Addressing these issues will require a suite of solutions, Thaler said, including moving toward regenerative agricultural practices such as no-till farming and the use of cover crops (long used by Indigenous people and small farms) and the use of technology to optimize land management.

One promising front, Basso said, is in the realm of digital agriculture, or “using digital and geospatial technologies to monitor, assess, and manage land.” Using tools like drones and satellites to monitor the productivity of their land over time, farmers can assess which areas are producing high yields and which parts (such as hilltops) are simply washing away.

“We learned that there are parts of fields that constantly underperform,” Basso said. “If you continue to do management in a uniform fashion, you basically overestimate [crop yields] in some areas and underestimated in others.” Using the tools of digital agriculture, he said, is “a little bit more like precise medicine.”

Ideally, Basso said, the entire region would be managed at a landscape scale. Using the tools of digital agriculture, some high-yield zones for crops would be farmed, while others would be good places to restore native prairie to control erosion, sequester carbon, and support biodiversity.

The problem with this approach is largely financial. For a farmer, restoring their land to prairie doesn’t pay the bills, and letting it regenerate with a cover crop, though it may save them the cost of fertilizer in the long run, can have a greater upfront cost.

One mechanism to incentivize farmers to bring the land back into balance is a carbon market for range and farmlands. In the carbon market, people who are protecting or restoring land that captures carbon can sell that service as a carbon credit to companies that emit carbon. However, critics point to past failures of carbon credit schemes to achieve actual meaningful emissions reductions and advocate instead for a focus on lowering emissions.

Basso is also a co-founder of CIBO, a company developing a dashboard that allows farmers in some regions to see the potential of their land for carbon capture, as well as how long it may take for land being farmed with regenerative methods (such as no-till and cover crops) to begin capturing carbon.

“It’s like the Zillow of the land. You basically click on a field, and you know how much it’s worth compared to your neighbor [on the carbon market],” Basso said. “That has given me a tremendous amount of satisfaction, seeing the research applied and allowing the farmers to understand the regenerative potential and potential of carbon sequestration on their farms.”

“We have the technology right now to produce food on a mass scale, while we simultaneously make soil better,” said Dale Strickler, a soil expert and author of The Complete Guide to Restoring Your Soil. “There really is no big technological barrier or biological barrier. There’s nothing outside of the human brain that is limiting us. It is all psychological . . . I’m more excited now about the future of this planet than I ever have been.”

This article originally appeared in Mongabay, and is reprinted with permission.

Liz Kimbrough is a staff writer for Mongabay. Read more >