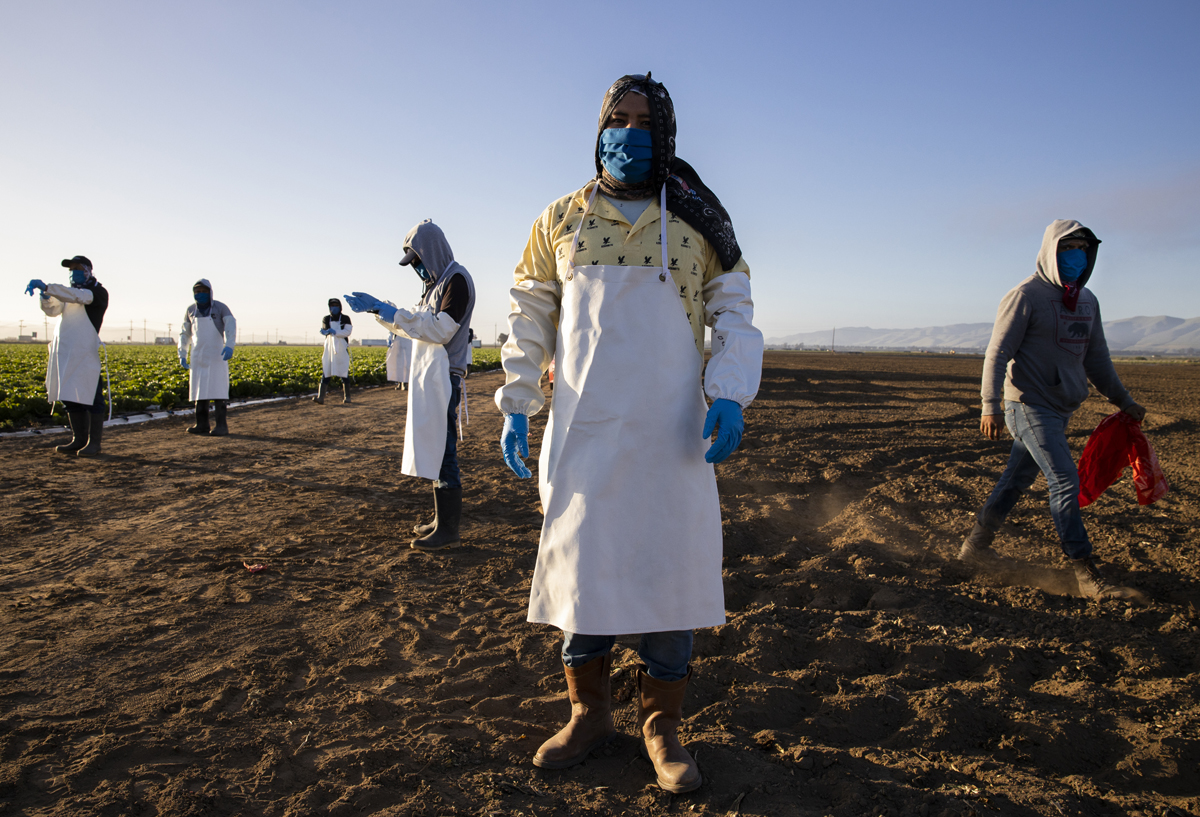 A version of this article originally appeared in The Deep Dish, our members-only monthly newsletter. Become a member today.

As 2021 comes to an end, we take stock of another momentous year that marked massive upheavals in the food system and across society. To lead us into 2022, we asked some of the leading thinkers and doers working on the frontlines of food, justice, and climate to share their thoughts with us about the most pressing issues, what they’ll be working toward in the new year, and what propels them to keep going.

Today, we hear from Devita Davison and Magaly Licolli about the power of organized workers, an engaged public, and the seismic shifts that the pandemic has brought to the food system and society.

What were the biggest challenges you saw in the food system this year?

There were so many challenges in 2021, but the big overarching problem I see is that the restaurant industry was built on a structure of exploitation of labor. That’s how it was created. So how do you [change] an industry that’s been built on the premise that the only way to become a profitable business or, as some see it, the only way to survive as a business is by underpaying and undervaluing workers? How do you create a brand-new industry that is built upon pillars of care? How do you center workers—when that has not been the case? That’s one of the biggest challenges the restaurant industry faces in the next year and moving forward.

What do you think it will take to create change on any kind of scale?

Here in Detroit, I’m part of a group of people—from across the food value chain—who have been asking, “What has to happen in order for everyone working in the food ecosystem to build a more just and inclusive and diverse food economy? What conditions need to occur to shift the narrative and change behavior, so we can actually see measurable improvement?” And we’ve realized that what had to happen was a global pandemic. That was what needed to take place for people to understand our food system in a way they never had before.

People began to hear restaurant workers tell stories about how they are underpaid, how in many cases they’re exploited, don’t get paid time off, and face sexual harassment—especially tipped wage workers—or their wages are being stolen. I mean, it all came out!

At the very beginning, restauranteurs, large hospitality groups, and corporate chains called it a “labor shortage,” and I’m so glad workers were quickly able to mobilize and change the narrative. There was no labor shortage! There were plenty of people able to work. And these jobs are overabundant—they’re just shitty jobs. So, [the beginning of the change] has already happened, and it’s not going to stop there.

We’re starting to see a change with the compensation packages, especially at your larger hospitality groups, larger restaurants. But now what’s happening is a mass mobilization in organizing restaurant workers to form unions. Look what just happened at Starbucks in Buffalo. It took the global pandemic for workers to see that they have power if they are collectively working together.

I’m born and raised in Detroit, and the United Auto Workers had an outsized influence, specifically with African Americans’ upward mobility to the middle class. I have seen with my own eyes the power of unionization. And I also love the fact that the workers—specifically in the recent John Deere strike—pushed back against the union leadership. The union leadership was ready to settle with the corporation months before, but it was the workers who were like, “Oh no, we’re not taking it. Go back and fight some more!”

What do you see right now as the most significant challenges for your work?

The big challenge for workers right now is the labor shortage in all [meat] processing plants. Workers are seeing huge absenteeism, and the plants are not slowing down production. Workers are now exposed to more injuries and accidents than before the pandemic. Some companies, like Tyson [which mandated vaccines early on], feel like they’ve done enough to protect workers, but it’s really not enough. Last year, a lot of workers got sick with COVID, and many died. But the conditions are worse this year. It’s been devastating for workers, and they are drained physically, emotionally, and psychologically. There is a lot of desperation and not as much leverage to change conditions.

Given all of that, what are your priorities for 2022?

We will continue helping workers to organize because it’s just shocking that after 20 years, we still don’t have protections for essential workers. That there is still a debate about what OSHA [the Occupational Safety and Health Administration] should do. Right now, there are some workers organizing in some plants. It has been very effective to really empower workers, and do direct actions like petitions and strikes.

Given all that you’ve done in the last several years to shine a spotlight on these efforts, is there any kind of hope on the horizon?

The pandemic has shown the horrible conditions that [meat processing] workers have long endured. I’ve been organizing for seven years, and despite the situation, what I see is more workers willing to speak up and to not stay silent as before, even though Tyson has a strong influence in many towns, and workers are still fearful they won’t have community support. I see hope in that, because if workers are afraid, they won’t share their stories and people are not going to know what’s happening inside the plants. We are not going back to the shadows where nobody wanted to talk about the working conditions, and there is still a lot of work to do. And it’s been challenging for us to reach people because of the pandemic, but there is an opportunity to build on this movement.

What do you wish more people understood about your work?

The biggest challenge is that people misunderstand the difference between charity and justice. They often think that through charity, they can fix things, but charity is just a band-aid on the problem. And even though workers do need charity right now—that’s because there is no justice. They want livable wages, they want dignity, so they don’t have to expose themselves to injuries for life. There are a lot of disabled immigrants in my community who are unable to find jobs because of the injuries they suffered working in processing plants. These people have voices, but nobody wants to hear them. It’s important for people to understand that people need community support and to be uplifted.

You recently appeared on “The Problem with Jon Stewart.” Is there more opportunity now in the mainstream media to help lift up those worker voices than there has been in the past?

The media has been paying more attention to our organizing for the past 20 months. And that certainly has helped to lift up workers’ voices, because at the end of the day, these companies work so hard to silence them, and they’ve been effective. That is a huge change, because companies now have to be held accountable for the atrocities they have been doing to these vulnerable workers who are mostly immigrants and people of color—and who have been working nonstop to feed the nation.