The effect of heat waves on crops is fairly well-known, but plant researchers are exploring how a changing climate will impact nighttime lows—and what that means for staple crops.

The world is getting hotter than ever before, with temperatures across the globe reaching new extremes in recent decades. According to the National Oceanic and Atmospheric Administration (NOAA), in 2021, California, Idaho, Nevada, Oregon, and Utah all recorded the warmest summers on record, while 16 other states recorded one of the top-five warmest summers on record. Along with daytime heat, overnight temperatures are also breaking records, sparking concern about human health and ecosystem impacts. The night minimum temperature of the contiguous U.S. has increased by 2.6 degrees Fahrenheit over the 1901-2000 state-wide night temperature mean.

It isn’t just people who are impacted by these climate anomalies; plant species are also under threat, including major food crops such as rice, wheat, barley, and corn. For instance, a 2021 review paper detailed how climate change threatens staple crops around the world, while a 2004 paper from the International Rice Research Institute in the Philippines used a long-term field study to show that every 1°C increase in night temperature could reduce rice yields by 10 percent. The wheat and barley yields reduce up to 41 percent and 29 percent respectively per 1°C night temperature increase.

Examining the Night Life of Plants

“I think we miss about half of the life of the plants . . . the secret life of plants at night,” said Colleen Doherty, an associate professor at North Carolina State University. Although studies report that high night temperature (HNT) has a stronger impact on grain yield compared to high day temperature (HDT), the research on HNT is not as advanced as HDT. Jagadish noted that there is a lack of dedicated funding to research the impacts of HNT on crops, and to identify better-suited varieties of those crops. While seed breeders are developing crops that are better suited to extreme heat and changes in rainfall, a number of scientists are working toward developing genetically modified crops that can survive the changing climate. They’re using modern molecular breeding techniques such as genome assisted breeding (GAB) and marker assisted breeding (MAB) as well as more conventional plant breeding tools. 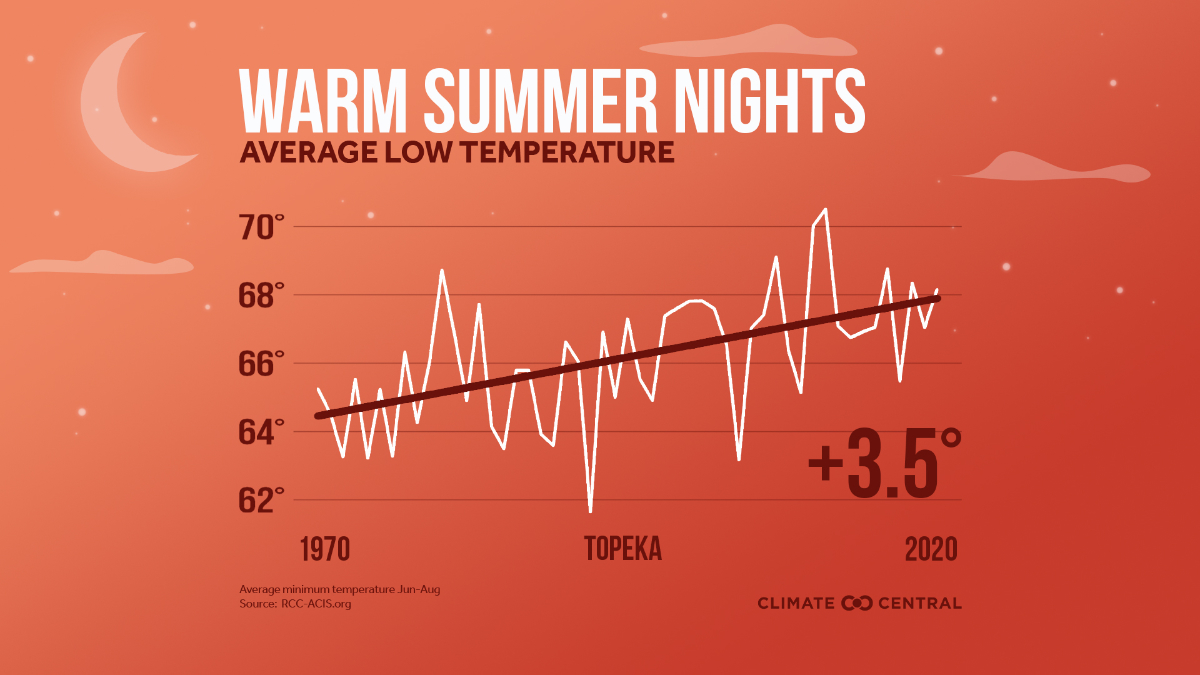 Plants may not have brains, but they are able to strategically allocate the resources they collect through biochemical calculations. Each evening, plants take stock of the carbon they made during the day’s photosynthesis, and decide how much should be used up in respiration (the process of taking in oxygen and releasing carbon dioxide to fuel their metabolism and growth) during the night and how much should be allotted to developing seeds—or the grains we eat. This acuity leads Doherty to describe plants as “little mathematical machines.”

But a plant’s system is tuned for a certain set of temperatures—and now that the world is changing on them, they will have to redo their calculations. Higher night temperatures increase plant respiration rates, potentially reducing the amount of carbon available for filling out the grains, and thus reducing the overall mass of the food produced.

Grain quality is also affected, said Krishna Jagadish, a professor in the agronomy department at Kansas State University. Jagadish and his team have set up sensor-filled tents at the university in order to study the HNT impact on crops in a large scale. They have noticed “a change in [the] entire composition of grains in terms of starch, protein and lipid” when plants are exposed to higher night temperatures than are typical. “Our hypothesis after working in rice, wheat and corn, [is that] the high-starch cereals will be more susceptible to high night temperature,” Jagadish said. “So, we anticipate that in corn the yield reduction and quality impact will be higher than [in] rice and wheat.”

Starch is an essential component in imparting texture to food. It also helps bind grains together. Rice with altered starch properties, for example, is more likely to break when it’s milled, which lowers the market value of the grain and makes it chalkier. Although the protein percent of wheat increases due to HNT, it also has less starch and more lipid content, which reduces the quality of flour. When that flour is made into dough, it won’t hold up or maintain shape during mixing. “The end product, which could be your pasta or bread . . . is going to differ in taste,” said Jagadish.

Although scientists understand that warm nights are bad for plants, “it’s not clear exactly what’s going on” at the molecular or genetic level, said Doherty. She and Jagadish have been investigating how HNT affect plants’ circadian clocks, which regulate various biochemical and developmental networks.

The two researchers recently published a study in the Proceedings of the National Academy of Sciences (PNAS), that found that warmer nights throw off the plants’ schedules by causing the untimely expression of various genes that plants use to set their circadian clocks. “Maybe that’s contributing to why the plants are doing worse,” says Doherty. If further research bears this out, scientists could breed plants with more robust versions of these genes, she said.

While many plants have a built-in ability to deal with daytime temperature fluctuations, their flexibility when it comes to even “very small changes” in night time temperature is “very low,” said Jagadish. But, since that’s not always possible, he says researchers and growers will need to “genetically improve the crop,” in the lab and in the field; he also notes that climate change is likely to lead farmers to adopt alternative crops that are better suited to the changing climate in their fields.

Scientists Coming Together to Combat the Climate Crisis

More scorching nights are coming. According to a 2018 special report from the Intergovernmental Panel on Climate Change (IPCC), global temperature increase is likely to hit 1.5°C between 2030 and 2052, accompanied by more frequent hot days and warmer nights. And temperatures have been rising faster at night than during the day on land for much of the past century, says Zeke Hausfather, the director of Climate and Energy at The Breakthrough Institute. 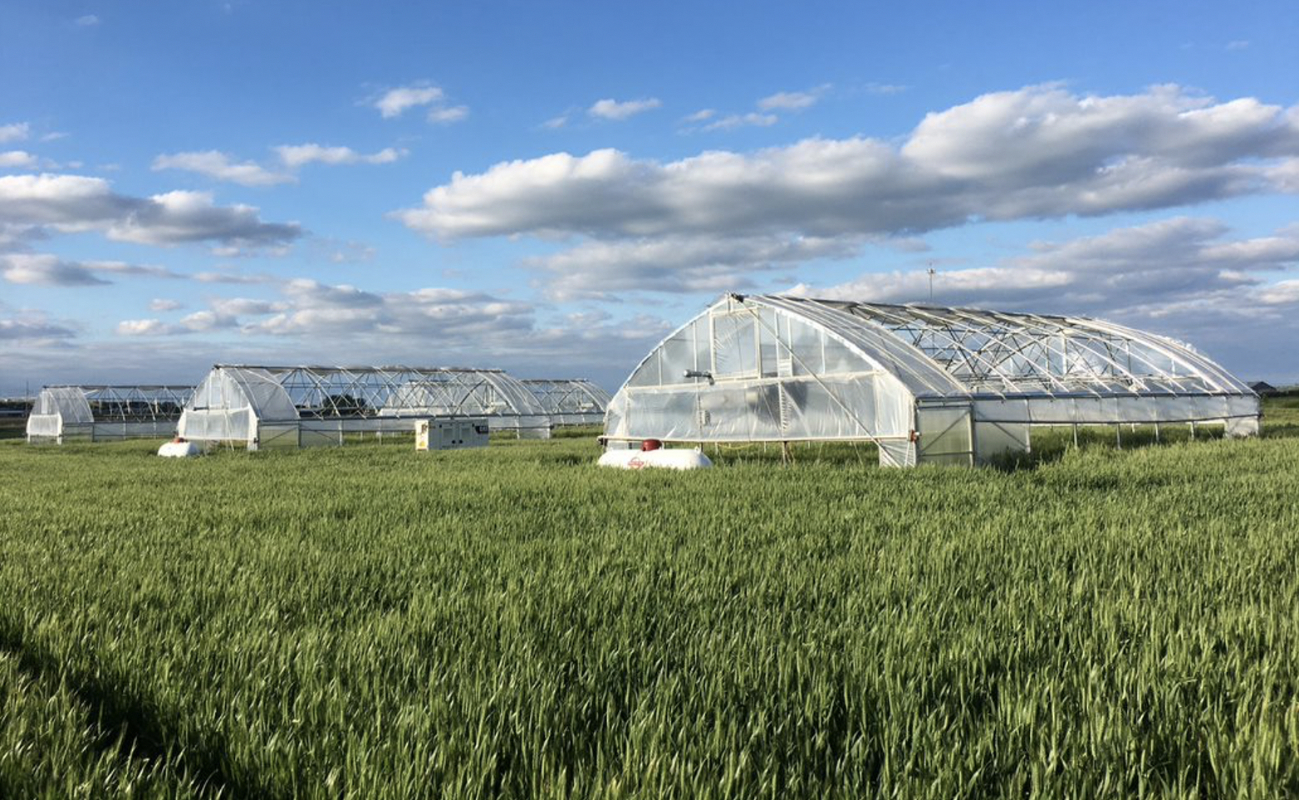 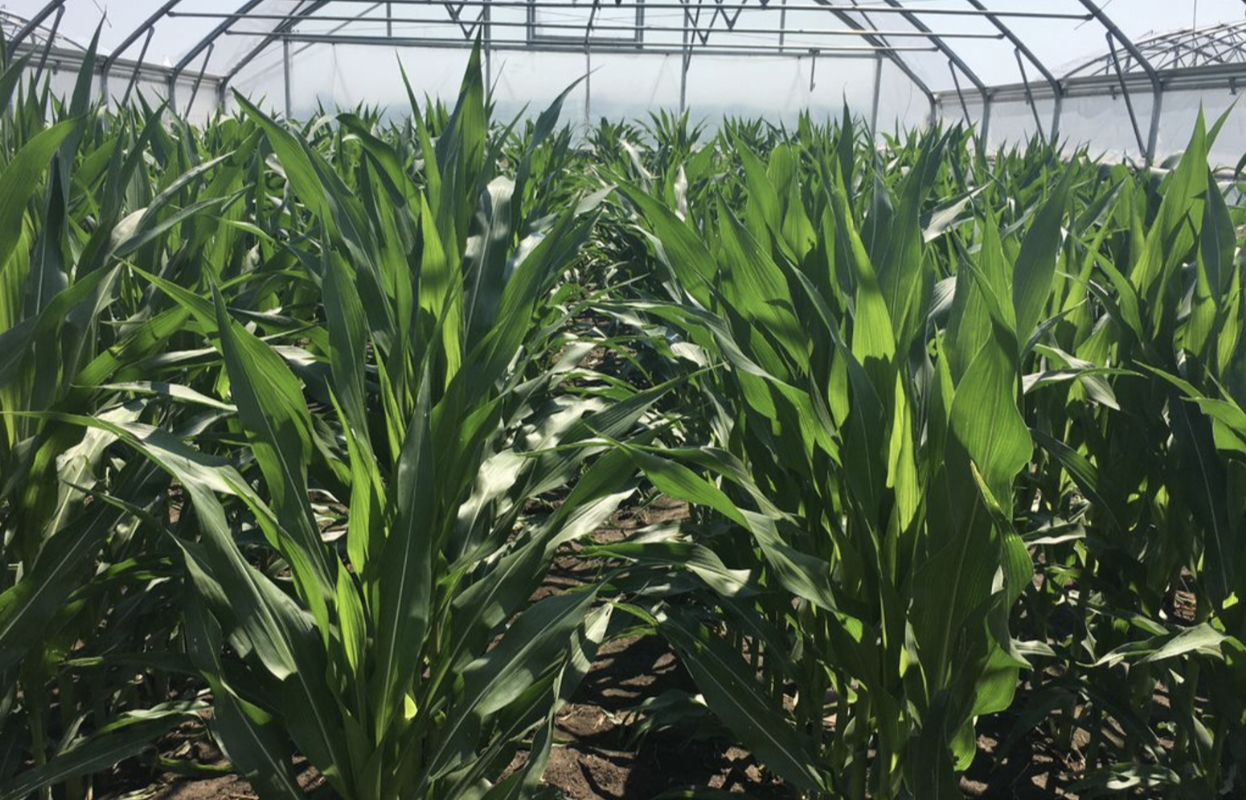 According to a 2020 study, night-time warming is attributed to cloud cover. Daniel Cox, a research fellow at the University of Exeter and the lead author of the study, wrote in a recent email, “We found that [nearly] 54 percent of the land surface has experienced warming asymmetry of more than 0.25°C, and we showed evidence that this is related to changing levels of cloud cover being associated with a wetting (increased night-time warming) and drying (increased day-time warming) of the climate.” More cloud cover acts like insulation in a house: It keeps the land cooler during day while retaining warmth at night.

The agricultural research community is picking up the pace to respond to the impacts of warmer nights on plants, said Jagadish, who is a member of an interdisciplinary group called Consortium for Heat and Biotic Stresses (CHaBits).The consortium conducts monthly seminars and is developing conceptual papers to create a vision for future research on heat and biotic stress interactions in rice and wheat for now and a focus on corn in the future. Besides temperature, the interaction between warmer nights and other abiotic factors like drought and salinity will be their focus in the future. “We have 27 different institutes from India along with [Kansas State University], and hundreds of scientists involved,” he said.

This article was produced as part of the 2021 David Perlman Virtual Mentoring Program, a program of the National Association of Science Writers.