In the Food System and Beyond, Plastics Are the Problem | Civil Eats

The co-director of the Peak Plastic Foundation discusses the size and shape of the plastic problem, how the pandemic reshaped the plastic landscape, and how food fits into the plastics puzzle.

Editor’s note: A version of this interview appeared in The Deep Dish, our members-only monthly newsletter. Become a member today to get early and exclusive access to our in-depth reporting on food and the environment.

Plastics, as we all know, are central to our food system and to our economy. Each year more plastics get made from raw materials, and each year more enter the environment or end up in landfills. The EPA estimates that in 2018 (the most recent year for which data is available), only about 14 percent of plastic was recycled, which means that the other 86 percent either becomes litter, landfill, or burned for energy—and needs to be replaced with new virgin plastics next year.

The Story of Plastic is an Emmy Award-winning documentary first released in 2019 and currently streaming online through the Discovery Network. Created by the Story of Stuff Project, the documentary shines an uncomfortable but much-needed light on the impacts of the plastic industry on people and ecosystems, and our reliance on plastics in the food system and elsewhere.

“Ninety percent of the dialogue is about 10 percent of problem,” explains Stiv Wilson, the co-director of the Peak Plastic Foundation and the creator and producer of the documentary. “But most of the coverage focuses on downstream problems of packaging and waste,” such as the communities around plastic production facilities (such as “Cancer Alley” in Louisiana).” 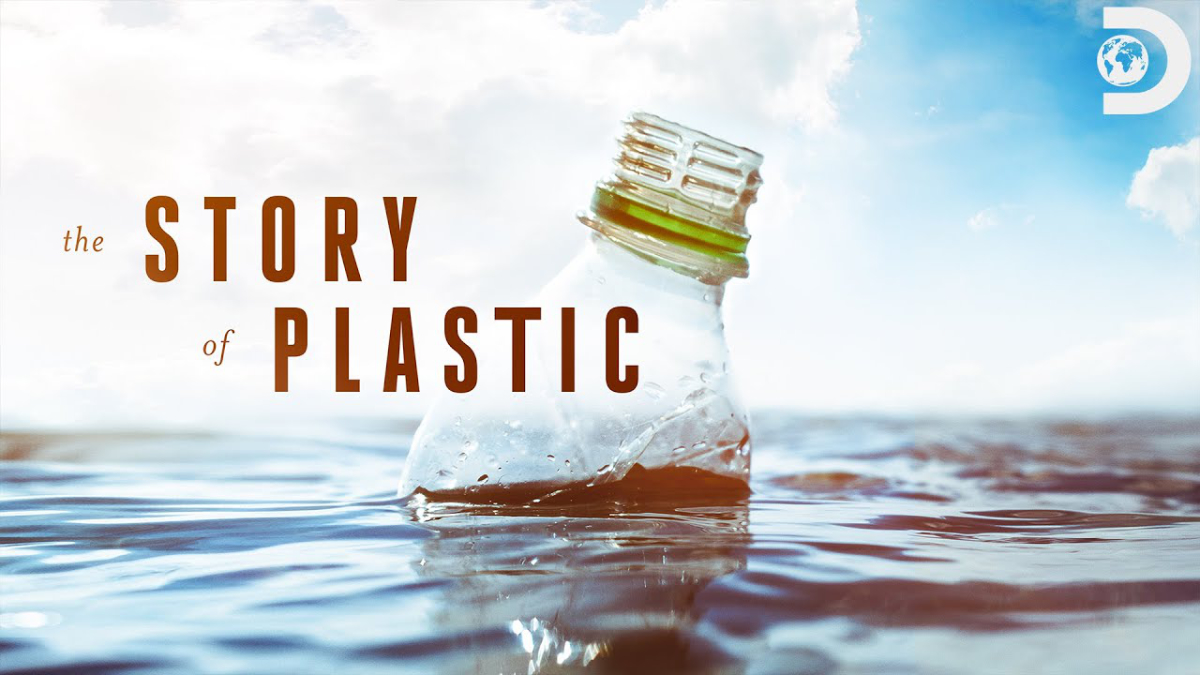 “It’s our goal to use story to elevate people working at the front line, tell the stories from a perspective of lived experience of harm, and create intersections and bridges for people from different walks of life to be a part of the overall narrative shift, so we can transform power and engage with this issue more systematically.”

Civil Eats spoke with Wilson earlier this month to learn more about the size and shape of the plastic problem, how the pandemic reshaped the plastic landscape, and how food fits into the puzzle.

Food is a part of the problem—you’ve mentioned that consumer goods packaging represents about 50 percent of all plastic packaging—but that’s not all. Can you say more about that?

One of the issues with plastic pollution is that, living in a privileged, rich country, you may hear about the problem writ large, but if you are going to the grocery store, and you’re buying things [that are almost inevitably in plastic packaging], and you dispose of them—whether in the garbage or even in recycling—you wouldn’t think you’re part of the problem. You’re not exporting waste personally, you’re not littering. Most consumers aren’t aware that people literally died [from the toxic chemicals emitted into their neighborhoods from plastic-producing factories] so they could have that potato chip bag.

Our goal is to shift the narrative so people understand the full life cycle of plastics and make more informed choices. Ultimately, we want to move away from this material, since we see plastic as the vehicle of globalization and capitalistic growth.

“Most consumers aren’t aware that people literally died so they could have that potato chip bag.”

In terms of food and beverage packaging specifically, how much of the global plastic industry does that represent?

Packaging in all consumer goods is approaching 50 percent. That’s the sector of growth and a lot of that is food packaging. That’s how Procter & Gamble, Johnson & Johnson, Nestlé, and other conglomerates are selling their products in the developing world and opening markets: By selling smaller amounts that are on a lower price point [but require as much if not more packaging per ounce].

So now, all kinds of products—from soy sauce to shampoo to coffee—are all coming in these [multi-layer] single-serve packages that are fused materials, which makes them nearly impossible to recycle from an economic standpoint; it costs more to actually process them than the end product is worth.

And the economics don’t work because the infrastructure doesn’t exist to do it at scale, or to do it cost-effectively?

The infrastructure for [some] recycling doesn’t exist, because it’s not profitable to do it. Recycling was never meant to address a waste stream this large. And for 40 years, the plastics industry has said the solution to plastic pollution is recycling. But if recycling was actually cutting down on the amount of plastic being made, they wouldn’t be promoting it—they full well know recycling isn’t cutting into their profits from virgin plastics.

There is a massive pivot by the oil and gas industry underway, shifting from fossil fuels for energy and transportation to plastics. And I fear that climate advocacy is not tracking this bait and switch.

“Recycling was never meant to address a waste stream this large. The plastics industry says the solution to plastic pollution is recycling—but if it was actually cutting down on the amount of plastic being made, they wouldn’t be promoting it.”

On a related but tangential note, how has the pandemic affected plastic use?

The industry has for years promoted this message of sterility—that “if it’s in plastic, it’s clean.” And leaving aside for a moment the fact that that’s not anywhere close to true, I do think that they preyed on a lot of people’s fears by saying that plastic was a way to save them from COVID. And so there was a rollback of a lot of [plastics-reduction] policies. And I saw across my entire movement how so much was undone in a second, after it took years to build and get passed into policy.

How long will it take to rebound from the COVID plastics boom?

Well actually, the last legislative season across this country was probably the most prolific in terms of plastic regulation. It seems like [2020 represented] a swing and a miss from the plastics industry. Although there are implications for a lot of global economies, in the U.S. we haven’t fully swallowed that pill, we went back to regulating plastics pretty quickly. We saw a concept called extended producer responsibility, or EPR, which essentially means that companies are now going to be on the hook in certain states for end of life management costs. It’s no longer enough for a company to say “I made a recyclable piece of packaging, now it’s up to you, the taxpayer, to manage it and make sure it’s recycled.” Maine recently passed a substantial bill that is going to make industry pay for waste management.

We also saw more regulation on problematic materials like Styrofoam, and some legislatures passed bills that said you can’t put the recycling symbol on something if it’s not going to be recycled; it has to actually get recycled if you’re going to put the arrows on it.

Essentially, what we saw in the legislative season in many places was shifting the narrative around whose responsibility it is to manage this stuff and dispelling a lot of myths about what happens to it.

How do you see these policies affecting individuals as they shop for food?

Some of it won’t be readily in plain sight for the average consumer, it just means that when you dispose of this stuff that the company that made it will have to pay for systems to manage it. And in some ways that’s a double-edged sword, right?

“What we saw in the legislative season in many places was shifting the narrative around whose responsibility it is to manage plastic waste and dispelling a lot of myths about what happens to it.”

Because industry now has a talking point that says, “We don’t have to change what we produce, because we’re managing it.” Manufacturers and industry are going to fight this every step of the way, because policy is only as good as its implementation, and so the fight is now going to shift to stopping the implementation.

Have you seen any examples of successful adoption of those kinds of systems in the marketplace?

Absolutely. There’s been a scalability challenge, but some companies are really doing a good job as early adopters.

The New Orleans Saints football team, their stadium is moving to a reuse model, or a truly biodegradable model. And that’s the kind of market scale that we need to get to for that stuff to be competitive. That kind of project also normalizes a different system. If you’re a fan, and you’re going to see a football game, and you want to drink a beer and eat a hot dog, what you really don’t want in that moment is to get a lecture about your choices hurting turtles or being unsustainable. But if your beer just comes in a cup that can be reused, or is truly biodegradable, then you don’t really have to change anything. Those kind of systems aren’t [saying] that you’ve done something wrong; they’re normalizing a new way.

Are there any other notable examples of success, or signs of progress?

Certainly, in the younger generation–some of the most breathtaking and amazing organizing against plastic disposables is being done at the college campus level in the U.S., where you’re building an institutional system for managing waste and generating less of it. It’s being adopted at scale by student bodies. I find that incredibly heartening because you’re not just changing the waste footprint of an institution, you’re also normalizing it for a student populace that’s going to go out and expect that level of efficiency in the larger world.

One of the most amazing organizations out there is the Post Landfill Action Network—they’re doing this at scale, intersectionally: It’s not just white privileged kids who care about turtles, it’s environmental justice communities who care about people’s lived experiences, and they’re all working on this, together.

The trailer for The Story of Plastic is below; and the full documentary streams on YouTube, courtesy of the Discovery Network.

Matthew Wheeland is the managing editor of Civil Eats. He is a long-time environmental journalist and has covered a wide range of environmental, sustainability, and social justice subjects over the past 20 years. His reporting has appeared in The Guardian, The San Francisco Chronicle, and many other publications, and he previously worked as managing editor of GreenBiz and AlterNet. He lives in the Bay Area with his family and is a big fan of navigating the complexities of the food system. Read more >