Op-ed: The Ban on Chlorpyrifos and the Power of Community Organizing | Civil Eats

Despite scientific evidence showing its dangers, it took more than 20 years of work by farmworkers and advocacy organizations to ban the use of the pesticide on farms. Here’s how they did it.

Two weeks ago, the Environmental Protection Agency (EPA) made history when it announced it was banning the use of chlorpyrifos, a neurotoxic chemical, and one of the most commonly-used pesticides in the U.S. But this victory didn’t arrive out of the blue; it was the result of decades of organizing, legal action, and advocacy.

Though far from perfect, this decision is a huge milestone that will protect the health of millions of children, farmworkers, and families in California and around the country.

Scientific research has been documenting the harms of chlorpyrifos for decades. Yet it was the lived experience, community expertise, and community organizing of farmworkers and their families that galvanized momentum at the local, regional, and state levels that led to the federal chlorpyrifos ban.

In California’s San Joaquin Valley and Central Coast regions—places where chlorpyrifos has been sprayed regularly on crops such as grapes, citrus, and walnuts—farmworkers, scientists and activists met up to share experiences and strategize. And in Sacramento, the organizations we work with—Californians for Pesticide Reform (CPR) and Pesticide Action Network (PAN)— along with other groups and hundreds of community members from frontline communities turned out to put pressure on elected leaders. The grassroots work in California was inspired by PAN’s unwavering efforts to ban chlorpyrifos at the federal level since 2000, when household use was prohibited because exposure was already known at that point to harm children’s developing brains.

At the heart of the effort is an approach that centers community-based, participatory science, and grassroots organizing—one we’ll continue to take until all remaining, non-food uses of this dangerous chemical have been phased out and EPA stands up to corporate influence.

Persistent Pressure: In the Courts and on the Ground

This historic moment is built on the collective actions of many. On a consistent basis, teachers, farmworkers, youth, mothers, and grandmothers travelled from all over the Central Valley and gathered in living rooms of homes in agricultural communities like Lindsay, California. Together, we shared our stories in English and Spanish, brainstorming campaign activities and building people power.

Everyone there knew someone who had a child with a learning difficulty. Some worked in the fields, some had been dealing with pesticide drift around their homes, and others had simply moved into developments on former farmland where chlorpyrifos had been sprayed in the past. These meetings brought together people from a range of backgrounds, people who would never have rubbed elbows outside of that space, but in which they shared a common concern, and were no longer isolated from one another. We were all united in demanding that our rights and our health be protected. We also coordinated trips to Sacramento, riding in buses that carried 45 people at a time, and joining with dozens of other community members from around the state to call for a chlorpyrifos ban.

A CAPS’ march in the city of Tulare, California, in 2016 to speak at a CDPR workshops on school buffer zones. (Photo courtesy of Ángel García)

Distributing PAN’s drift catchers within communities and teaching community members to use them to monitor pesticides in the air helped PAN build trust with farmworker communities. By adding in biomonitoring, the personal became political: People saw that their levels of chlorpyrifos were above what they should be, and they became aware that they hadn’t given anyone permission to pollute their bodies. The notion of community science is powerful. When people can do the observations and collect the information that they own and control—it’s theirs!

Meanwhile, in the courts, PAN teamed up with partners and the legal team at Earthjustice, in 2007 to submit a petition to EPA calling for an agricultural ban of products containing chlorpyrifos. But it wasn’t until 2015—after years of appeals and what one judge called an “egregious delay” by EPA—that the agency proposed a chlorpyrifos ban on food products.

That pending federal decision was reversed in 2017 under the Trump Administration, and PAN and our partners again legally challenged the reversal in 2018. In response, the court issued an order in May 2021 to ban all food uses of chlorpyrifos unless proven safe. The FDA’s recent ban is clearly a response to that order. 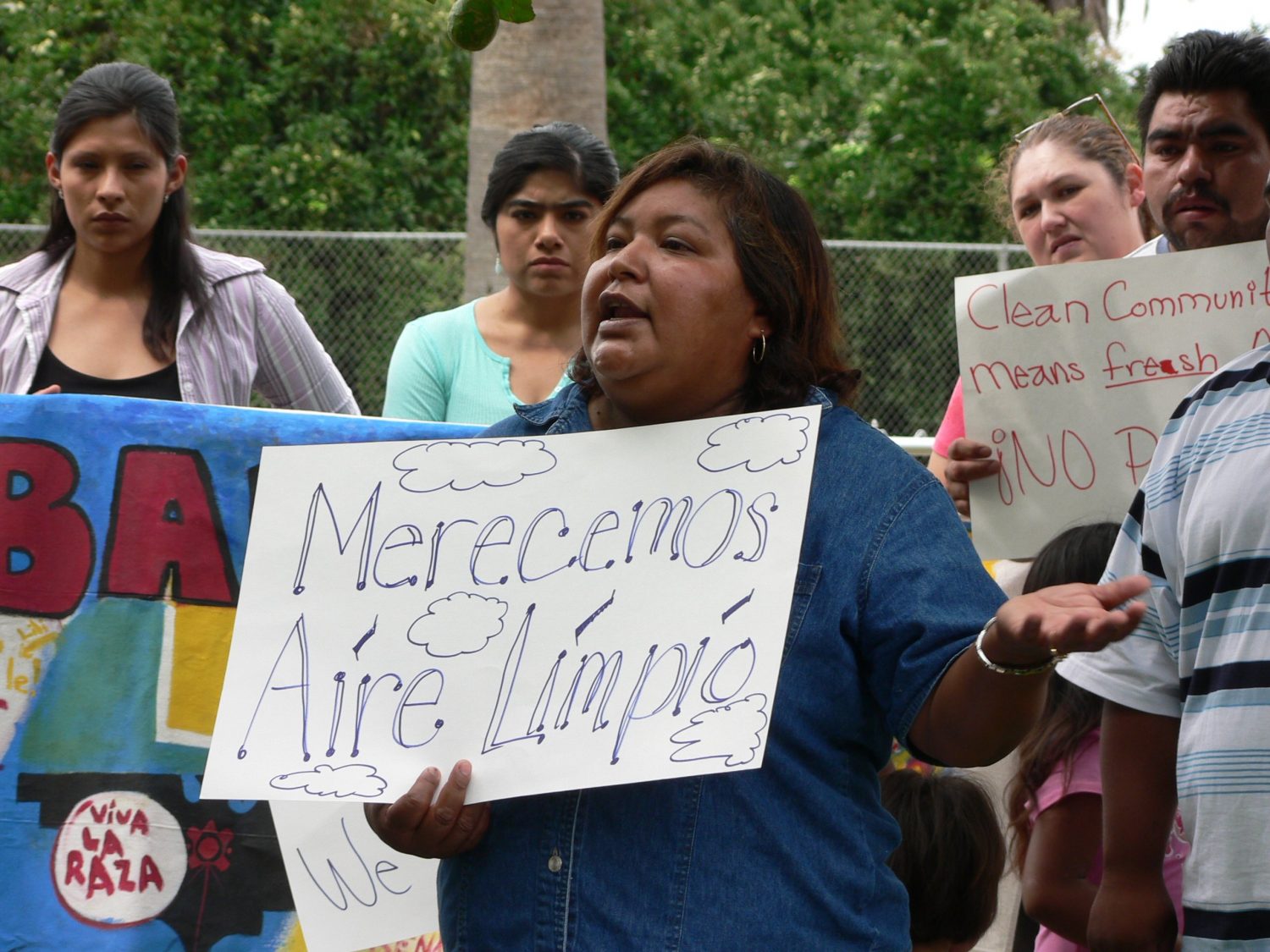 Irma Medellin, founder of El Quinto Sol de America, speaks about the impacts of chlorpyrifos in her community.

While federal action was pending, advocates pressed for action to protect children, workers, and communities at the state level. Since 2018, Hawaii, California, New York, Maryland, Oregon, and Maine have banned nearly all uses of chlorpyrifos, and similar measures were set in motion in several other states.

After California Governor Gavin Newsom announced plans to cancel chlorpyrifos registration in the state, he also allocated $5.7 million to support the transition to safer, more sustainable alternatives and established a working group to identify chlorpyrifos alternatives.

In 2021, the success of the working group led to the establishment of a multi-agency sustainable pest management workgroup to develop plans to reduce the use of all toxic pesticides across California.

The EPA’s delay in announcing a ban—and advocates relying on local, regional, and statewide organizing to evoke powerful community responses—isn’t unique to chlorpyrifos.

Advocates have documented the agency’s closed-door meetings about pesticides for decades, including meeting with the pesticide companies themselves. Over the years, EPA officers have met with Syngenta about atrazine, Monsanto (now Bayer) about glyphosate, and Dow Agrosciences (now Corteva) about chlorpyrifos. These pesticides remain on the market, with companies taking in billions in profits despite ample evidence of significant human health effects from use of these pesticides.

Over the past 20 years, we have been on a rollercoaster full of progress and setbacks as we’ve worked to get chlorpyrifos and other dangerous pesticides banned. Meanwhile, the scientific evidence of just how harmful pesticides are to human health has continued to mount, as has the evidence of just how much influence pesticide companies and other corporate interests have over federal regulatory agencies.

The resulting impacts on public health and the environment are staggering. Every year, millions of people across this country are exposed to hundreds of millions of pounds of pesticides that are known by scientists and communities alike to be unsafe.

Industry’s oversized influence at the EPA is hardly a secret. In fact, in 2006, agency staff circulated a whistleblower letter describing the political pressure regulators face:

Our colleagues in the Pesticide Program feel besieged by political pressure exerted by Agency officials perceived to be too closely aligned with the pesticide industry and former EPA officials now representing the pesticide and agricultural community; and by the USDA through their Office of Pest Management Policy. Equally alarming is the belief among managers in the Pesticide and Toxics Programs that regulatory decisions should only be made after reaching full consensus with the regulated pesticide and chemicals industry.

EPA staff shouldn’t have to blow the whistle on their own agency, and we shouldn’t have to sue (and organize for decades) to force EPA to do its job. It’s a public institution, funded by our taxpayer dollars; EPA works for us.

While we’re pleased by EPA’s decision to ban all food uses of chlorpyrifos—and we’ve been glad to see the Biden administration’s EPA meeting with farmworkers and advocates on issues ranging from the chlorpyrifos ban to the urgent need to better implement and enforce the Worker Protection Standard (the federal rules designed to protect farmworkers from pesticide exposure)—we also know that much work remains.

Until EPA scientists are left alone to do their jobs and corporations are kept out of the process, community organizing will remain an essential complement to policy work and scientific research. Wins can’t happen without it—and we’re so much stronger when we’re working together.

Ángel García is the organizing director for Californians for Pesticide Reform. Read more > 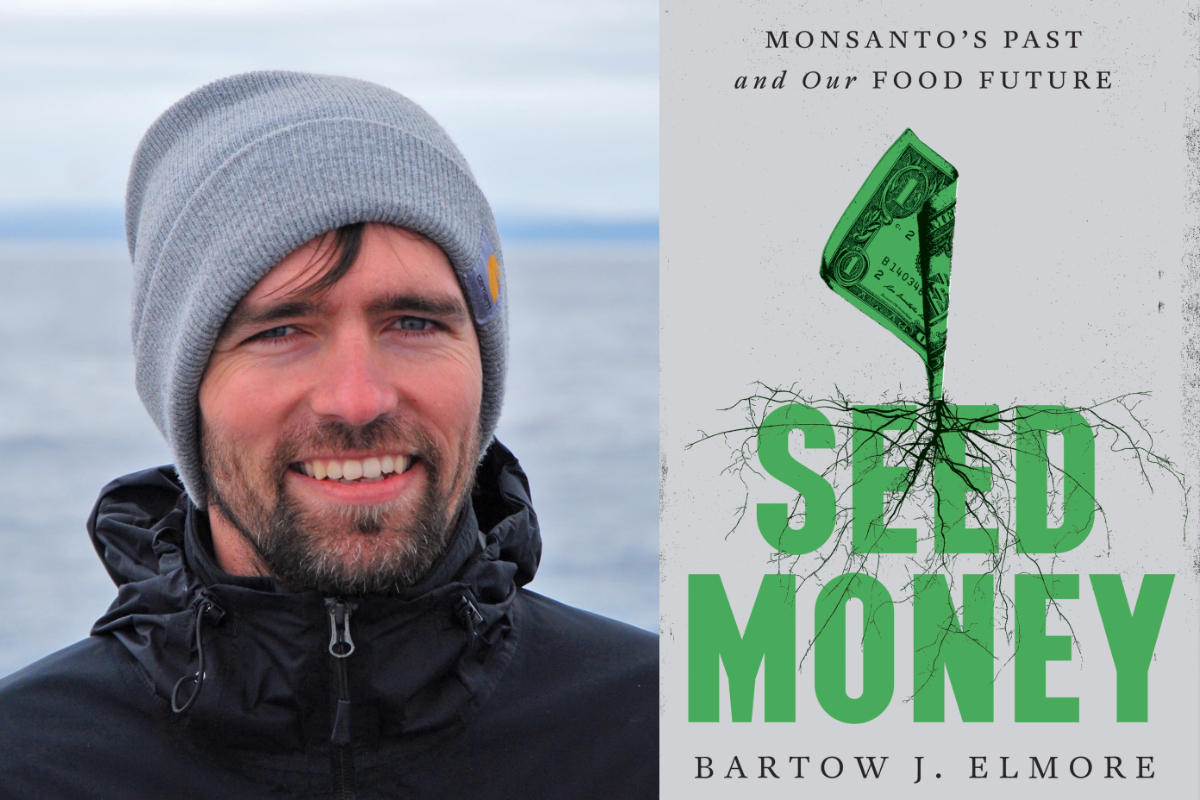