Discrimination and ongoing land loss inspired Watson to become the youngest—and first Black—candidate, on a platform that included diversity and innovation in agriculture.

In 2020, at age 26, Donovan Alexander Watson ran to be the Commissioner of Agriculture in North Carolina. Watson is the owner of Perkins Orchard, which grows a variety of fruit and works with dozens of local and regional farms to sell a wide range of produce at its fruit stand in Durham. Although he wasn’t elected, Watson was the youngest person and first African American to run for this important office.

Agriculture is one of the largest industries in North Carolina, yet the percentage of Black farmers in the state remains disproportionately small. Black farmers run only an estimated 1,500 of the state’s 46,000-plus farms. It’s a similar story across the country, where Black farmers have lost more than 90 percent of farmland owned over the last century, largely due to systemic racism in the form of discriminatory lending, sharecropping, redlining, and laws interpreted in such a way that prevented African Americans from owning land.

This atmosphere of discrimination and ongoing land loss inspired Watson to run on a platform that included diversity and innovation in agriculture. It included strategies such as the creation of financial programs aimed at increasing the number of Black farmers and promoting inclusion in emerging markets, such as cannabis.

Watson’s grandfather, the Reverend Dr. Joseph E. Perkins, founded Perkins Orchard in 1970. Watson took over daily operations of the farm stand at the tender age of 10, and he has since grown it into a multimillion-dollar business. “When Granddad first started the business, on a good day, he might earn $300,” Watson said. “Today, we employ about 20 people full time, and we can sell a 26-foot truck of produce in a day.” 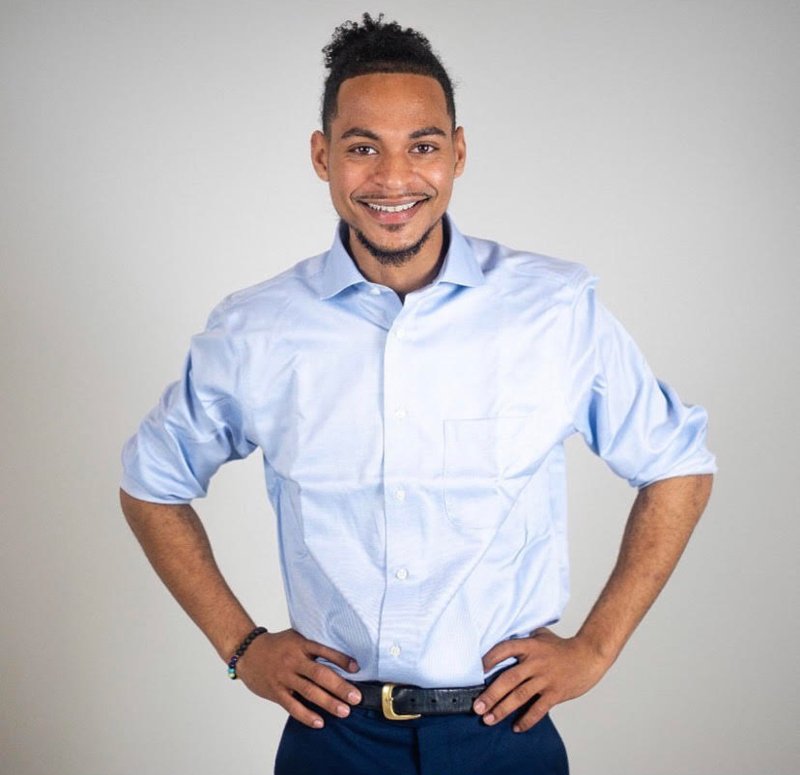 Since Watson took over the business in 2004, he has solidified Perkins Orchard as a cornerstone of the North Carolina farm community. Perkins Orchard has greatly expanded its selection of fresh produce and now also sells jam, cider, molasses, and other goods. Seasonal items include pumpkins of all sizes in the fall and a wide array of Fraser firs each Christmas. Watson greets customers by name, and Perkins Orchard supports farmers throughout the state by bringing their produce to market.

The pandemic cemented Perkins Orchard’s role in the community when the business was one of few places that could remain open last spring because it operates outdoors. Watson and his team worked overtime to keep up with customer demand.

Civil Eats sat down with Watson to discuss the growth of his business, his recent campaign bid, and his thoughts on the barriers facing Black farmers in North Carolina.

What led you to take over Perkins Orchard at such a young age?

It started as a roadside produce market just on the front of our driveway. It was a small farmer community, and Granddad had fruit trees around the house. At the time, he also pastored at a church in Apex. It got to the point where Granddad was just going to retire and stop the farm stand, but I didn’t want to see it go away. I did what was needed to keep the business operating, from [stocking] food and produce on shelves to taking inventory. I’d ride up with Granddad often throughout the week to meet farmers in Raleigh, pick up produce, and learn people’s names and faces. And when I graduated from high school in 2012, I decided to tear down the original business and move it to 2.5 acres of land behind the house. That was in 2013. Ever since then, we’ve had tremendous growth. 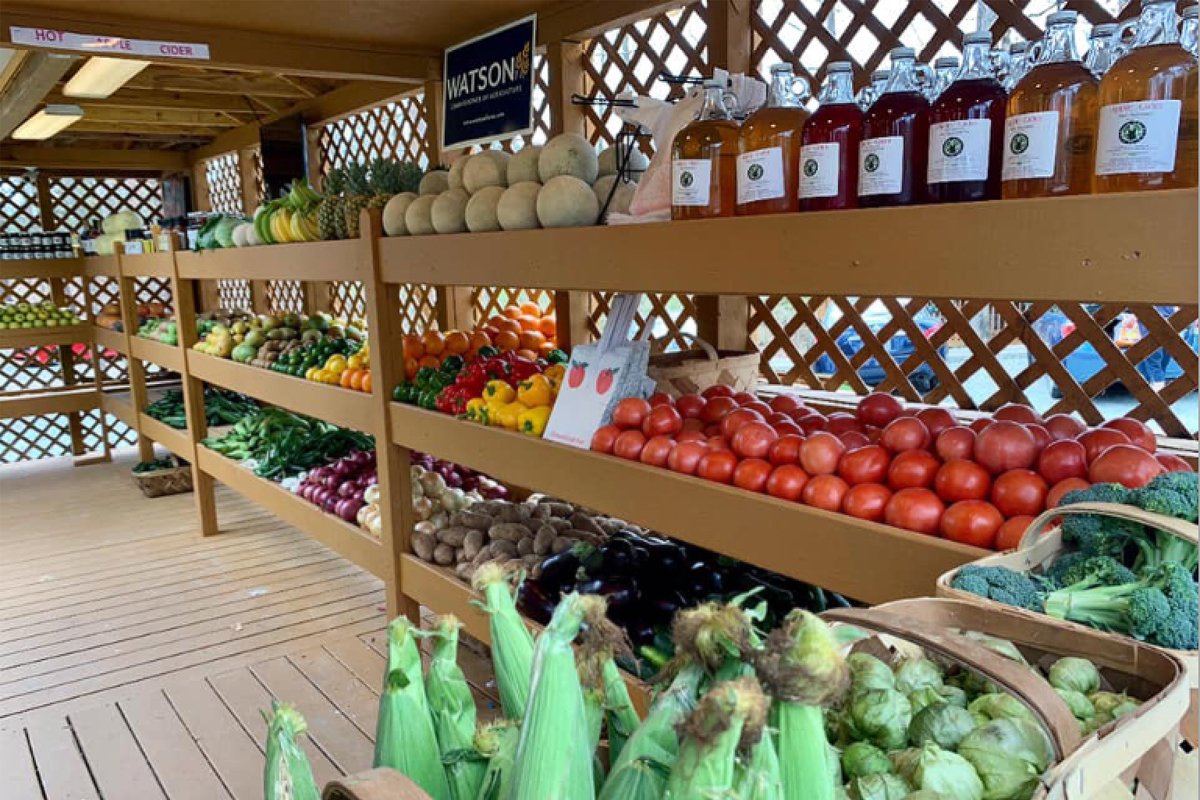 We are talking about [an estimated] $87 billion industry. My motto is, “Just because it works doesn’t mean it can’t be improved.” I have so many new ideas, and they’re coming from a perspective that we’ve never had in this position before. Modernizing agribusiness, agritourism, and consumer services should be a priority. I wanted to get out there so I could bring attention to these issues and make plans to put North Carolina in the top spot for agriculture.

Black people in agriculture face unique challenges, whether in farming or on the administrative end. Can you share some of your experiences as a young Black man in this field?

I actually had a recent experience that I can share to illustrate this. I was setting up [to sell produce] at a school here in Durham, and a white farmer took offense to me being right next to him. To him, I wasn’t a farmer. I didn’t fit his personal classifications. It was a very, very striking moment for me. Your first thought is, “What did I do wrong? Why can’t we respect each other?” You can do everything right, but it is still seen as something wrong. And that is being a Black farmer, a Black person in general.

If anybody reading this has dealt with the same biases, I encourage you to just hold your own. Stay in the business and know that there is a future for you. The criteria for being a farmer in North Carolina is selling, manufacturing, producing, or growing at least $1,000 worth of agricultural goods a year. If you’re doing that, you are a farmer, regardless of what anyone may try to tell you.

What is the most significant barrier currently facing Black farmers in North Carolina?

We’ve got [as many as] 49,000 farms in North Carolina [now]. We’ve lost 52,000 in the last 10-12 years. And it starts with the costs to farm in North Carolina. That is the biggest barrier for Black people specifically: access to capital. I think it’s important to put tools and resources into the hands of North Carolinians who want to make a living through agriculture, whether it be passive or direct income. The other issue is that people don’t really know where to start. That’s where I see my [role], helping out where I can on the consumer services side of things and educating would-be farmers on the world of agribusiness.

What made you decide to run for North Carolina Commissioner of Agriculture? Take us through the months leading up to that.

It was the end of 2019, and Granddad had been in the hospital all year. I was just trying to get through the season. Then, I found out that the powers that be were attempting to undermine the state farmers’ market in Raleigh. They wanted to raise the [prices of the] leases of the wholesalers there, deny leases to other wholesalers, and essentially create a lot of uncertainty for those farmers. The state farmers’ market in Raleigh is one of about 20 profitable, self-sustaining [wholesale] markets in the entire country. Why would we jeopardize it?

I saw it becoming more commercialized to attract tourists and going farther away from its true purpose: getting fresh food to North Carolinians. I was taken aback by what the administration had planned. Then, my grandfather passed in late October. Thinking of all he’d done throughout his lifetime [ignited] this drive, this energy to put myself out there. I was approaching my off-season and would have three to four months free, so everything seemed to align for me to run.

Part of your campaign platform was to foster diversity in farming. Can you speak on how you planned to achieve that?

I think it definitely starts with education and just being exposed to possibilities that not every child gets exposed to. Agriculture, in general, might not seem like the sexiest thing. But when you modernize the field and make things more inclusive, you get an infusion of creativity. I had actually planned to visit 100 schools each year during my four-year term, to just be out there, engaging with the kids, showing them certain experiments and things they can do . . . planting those seeds goes a long way. On the other end, you have the regulations being enacted that become barriers to diversity. They reinforce the same narrative. For example, if one person gets a lease at the state farmers’ market and one doesn’t, and it’s based on a vague process, that doesn’t work for the benefit of everyone.

Would you run again?

What struck me most was that our democratic process chose a hobby farmer [in the primaries]. In North Carolina, agriculture is king. And it just didn’t make sense for somebody who says that they only do agriculture as a hobby to be in that role. We’ve got less than 2,000 African American farmers in North Carolina, and the numbers don’t look good. It’s bleak, actually. When people ask if I will run again, I tell them that I hope the issues I ran on are solved within this four-year term. I didn’t run just to run; I ran to solve these issues.

You aren’t going to answer the question, huh?

Right now, I’m doing all I can as a private citizen. Also, I definitely wanted to mention that the Commissioner of Agriculture is elected [rather than appointed] in only 12 states, and most of those are in the southeastern U.S.

That says something about the historical framework that is still in place, and who is investing in keeping them there. What is your advice to people looking to be a part of changing the current state of affairs?

People should educate themselves and remember that they have the power to vote. They also have the power to speak out and ask questions. We need to keep having these conversations and expose these issues so that we can cross-reference and see where we can come together.

My employees, my customers, and the fact that this is all way bigger than me now. I think it always has been. I just want to make sure that we lead by example. Being an African American male, you’re labeled in so many ways . . . but I will continue to do what is right for the community. Even if it takes a little longer, I will make sure I do that. We’re still trying to cope with [my grandfather’s] passing, but I feel so blessed that he was able to see the farm stand grow. He definitely had a lot of intuition with the business, and it gets in your blood. Anybody who does agriculture, especially in North Carolina, knows how it gets in your blood. It stays with you.

J. Nailah Avery is a (non-practicing) lawyer, a Black history scholar, and a proud Southerner. She is currently learning to play the harp and perfecting the art of making pizza from scratch. Read more >