Will the CSA Boom Survive Beyond the Pandemic? | Civil Eats 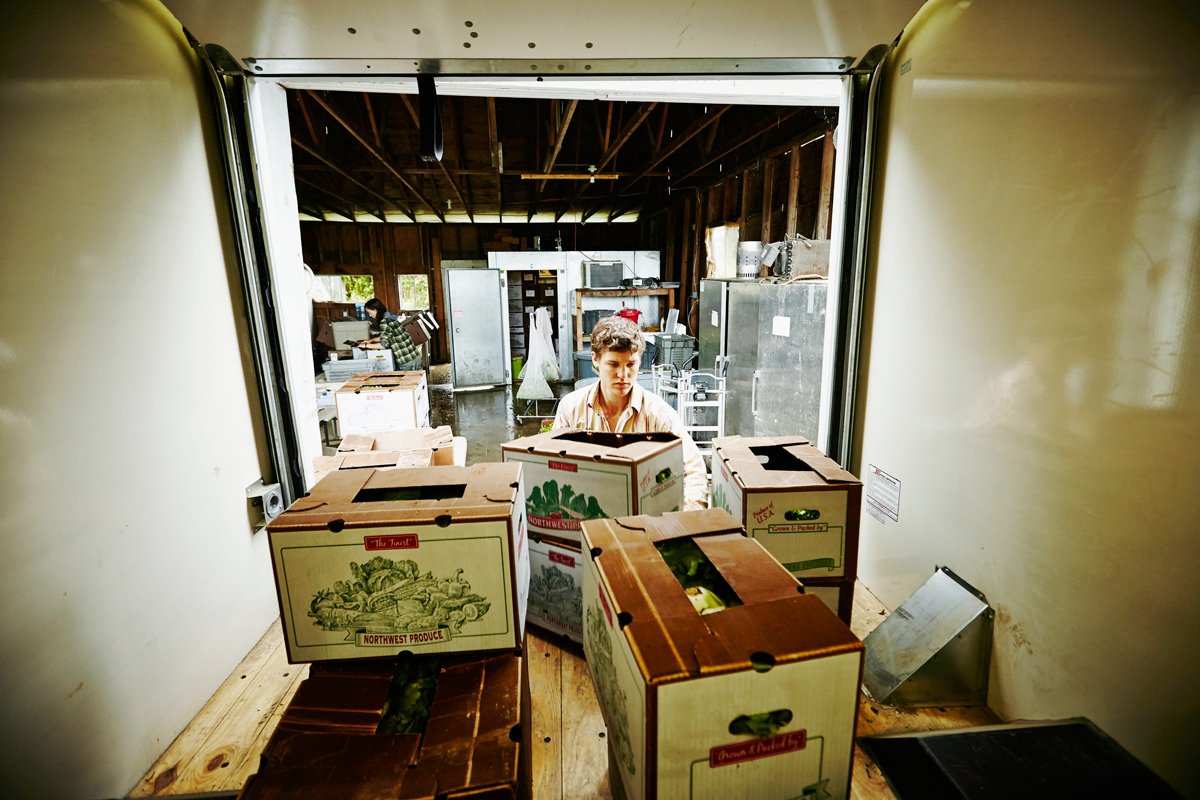 It’s not unusual for Vera Fabian and Gordon Jenkins to sell out of shares for their community supported agriculture (CSA) farm in Cedar Grove, North Carolina. But when the coronavirus pandemic hit, Ten Mothers Farm, like many CSA programs throughout the country, saw a surge in demand, and they started a long waiting list. When they opened up that waiting list for the 2021 season, they sold out within hours.

“Demand has not gone down at all; this year we sold out even faster,” said Fabin. “I think part of that is people are at home more, cooking more, and caring more about where their food is coming from.”

At its heart, a CSA program is a partnership between a farm and the local community. CSA members pay a fee up front in return for a share of what the farm grows during a set harvest season. CSA programs date back to the 1970s, when Black farmers in the South began what was known as “Clientele Membership Clubs,” although it wasn’t until the mid-1980s that farm shares began to catch on as a business model for small farmers and as a way for consumers to buy produce. There is no official count of how many farms offer CSAs in the U.S., though LocalHarvest lists more than 7,600 CSAs across the country.

Every CSA offer is different; at Ten Mothers Farm, which is in its sixth year, members have the option to pay for their share each month or further in advance. In 2019, the CSA program made up about 80 percent of Ten Mothers Farm’s revenue; in 2021, their plan is for 100 percent of their income to come from the CSA.

At the outset of the pandemic, people across the country rushed into CSA programs, sending signups skyrocketing and waitlists growing. Many farmers whose business relied on restaurants, supermarkets, and wholesale had to make a quick pivot to CSAs and other forms of direct-to-consumer sales. CSAs of all stripes showed significant increases, including meat CSAs. Now, a year into the pandemic, farms across the country are continuing to see increased demand for CSAs and are adjusting their business model to allow them to meet that demand—although questions remain about how long that demand will last as COVID-19 vaccines slowly bring life to some semblance of a new normal.

“I feel a sense of loyalty to the people that signed up for our CSA and I’m excited to keep growing food for these people,” said Marsha Habib, who runs Oya Organics, a 20-acre farm in Hollister, California..

Habib started the CSA program practically overnight in 2020 in response to the pandemic. Before 2020, most of the farm’s sales were to restaurants, campus dining services, and farmers’ markets. The CSA program, which reached roughly 200 members at one point in 2020, was able to make up for that lost revenue—but it wasn’t easy. Habib had to figure out the logistics of the CSA program, take orders, and make deliveries—all while managing the farm.

To make things more hectic, she said the program had a high turnover rate, with many people trying it then dropping off; the farm finally reached about 80 consistent, and consistently happy, members. Habib’s hoping that, in addition to the CSA program, the farm will be able to see other revenue streams come back this year.

The market average for CSA retention is only 45 percent, but no one is sure what to expect going into the second year of the pandemic. Ten Mothers farm, which usually has a retention rate of between 70 to 75 percent, had their highest retention rate this year at 80 percent. Other farms, like Honoré Mills, which pivoted from selling CSA flour shares to churches to selling directly to consumers for the first time in 2020, are still early into their sign-up process and waiting to see what will happen.

“When we created a CSA for people in May, it sold out immediately. After the grain harvest came in we opened it up again and it once again sold out; it’s been very popular,” founder Elizabeth DeRuff said. “We’re growing the program this year but it’s still limited by the local grain economy and by the local grain infrastructure.”

She hopes that continued interest in flour CSAs across the county will help grow local grain economies.

“The more we can determine how much demand there is, the more the farmers and millers know they can sell their grains and flour predictably, the more planning they can do,” DeRuff said. “CSAs can help the small grain economy grow.”

Debra Tropp, the former deputy director of the U.S. Department of Agriculture’s Marketing Services Division, believes there is reason to see firm ongoing demand for CSAs.

“Interest in CSAs is not going to fade away any time soon, for a number of reasons,” said Tropp. Beyond the pandemic, she expects that continued work-from-home flexibility, and a continued desire for people to buy food directly will keep CSA programs on people’s radar.

She walked Civil Eats through a typical eater’s decision-making process: “What are my choices, well I can order a CSA—I’m going to be around, I’m not traveling—I can use this,” Tropp said. “It’s the habitual ease of use that has made CSAs so successful, along with the quality.”

At Stone Acres Farm in Stonington, Connecticut, farm manager Andy Meek expects that their CSA will see steady demand for the 2021 season after significant growth in 2020. In continual operation since the 1700s, Stone Acres Farm is well-established in the area, supplying produce to restaurants and the community through its farmstand and CSA.

“Wholesale is a sizable chunk of what we do, and we saw that go way down last year,” Meek said. “Fortunately it was mirrored by a surge in retail demand, so at the end of the year we balanced it out, but making that transition on the fly was challenging.”

Among those challenges were staffing their farmstand, educating first-time members, especially when many were nervous about being able to find groceries, and creating a point-of-sale system. The CSA program makes up about 20 percent of the farm’s overall membership, but Meek is quick to point out that the benefit to the farm goes beyond just the CSA program.

“If we have 200 people visiting the farmstand every week [to pick up CSA shares], it gives us the opportunity to sell them other things—products such as bread or peanut butter from local producers. It’s not part of the CSA, but having those members come makes a big difference for how much third-party items we can sell, which is helpful to our overall revenue,” said Meek.

In 2020, those sales were equally helpful to Stone Acres Farm’s farmstand partners—producers who had also lost outlets.

Other small and mid-scale farms have taken a similar approach to working together. “I’ve been so impressed by businesses that were able to pivot, and I would attribute it to having the right partnerships,” Tropp said. “I saw farmers reaching out to other farmers, consolidating their offerings, and coming up with so many ways to deliver food.”

Ten Mothers Farms also hopes to partner with other producers moving forward. It doesn’t make sense for their small, no-till farm to grow everything, but Fabin said that knowing there is a consistent demand for certain crops they don’t grow—such as potatoes—means they can buy them from someone else.

“There’s just so much demand! If we can move more food through us, that’s great,” Fabin said.