Demand for seeds is sky high once again. Many say that signals a longer-term shift towards growing food at home.

Annastasia Mullen has been expanding her home garden in Des Moines, Iowa, since 2015. After starting with three raised beds in her backyard, she rented three more in a community garden nearby and started planting flowers in addition to produce like tomatoes, peppers, leafy greens, and root vegetables.

When COVID-19 caused food system disruptions last spring, Mullen felt driven to grow more food than ever before and share it with her neighbors. “In a small way, it was something I could do to contribute at a time when a lot of things were feeling uncertain,” she said.

But she was shocked to find some of the seed companies she regularly ordered from had shut down ordering, and others had long shipping times. One order she placed at the end of February, for row cover to protect tiny pea plants from squirrels, took six weeks to arrive. By then, it was too late.

This year, Mullen placed orders two months earlier, at the end of December, and things went more smoothly. But many like her had the same idea, and some varieties were already out of stock.

“What we’re seeing now is akin to what we saw immediately post-lockdown. We expected demand would be strong again, but we didn’t expect it to happen so fast and so intensely in January.”

Interest in gardening—in backyards and community gardens and on kitchen windowsills— skyrocketed last March. Then, many first-time gardeners planted out of panic. Now, a year later, the interest persists. And while most gardeners no longer fear food shortages, they’re drawn to the sense of stability and control that producing food provides during still-uncertain times.

“What we’re seeing now is akin to what we saw immediately post lockdown. We expected demand would be strong again, but we didn’t expect it to happen so fast and so [intensely] in January,” said Doug Mueller, co-founder of Hudson Valley Seed Company, which sells heirloom and open-pollinated seed varieties from its home base in New York and is known for the artwork that adorns its packets.

Seed ordering among home gardeners generally peaks in February and March, Mueller said, and as that moment sets in, companies that cater to gardeners are hustling to keep up with volumes that are double, triple, and in some cases five times as high as typical years prior.

While demand is extremely high, five popular companies all told Civil Eats they did not anticipate seed shortages. But many are having to adjust their processes to handle the rush, causing alarm among customers. For example, some companies are turning off online ordering to allow time to restock. And Johnny’s Seed Company, a Maine-based seller that is the go-to  source for many small-scale vegetable farmers, is limiting sales to gardeners to prioritize commercial producers. Additionally, shipping is delayed all over, due to both demand and a slowdown at the U.S. Postal Service.

Despite the chaos, many say the seed scramble—combined with an increased interest in saving and sharing seeds—are evidence of an American vegetable garden renaissance, ushered in by the food and health scares of the pandemic.

“Judging by the volume of interest we’re seeing now, it does make me feel like maybe it wasn’t a temporary response,’” Mueller said. “There might be social change [happening].”

Head to any online forum or Facebook group for gardeners, and the challenges they’re facing procuring seeds are immediately apparent. “I have never seen so many warning messages on websites. Like, ‘Do not call. Do not. Do not call and check on your order,’” said Carmen DeVito, a gardening guru who is currently working on a new project, Garden Cult, that will offer her expertise to home gardeners virtually. “I think they’re just so overwhelmed.”

DeVito’s right. Most seed companies buy their products from a network of farmers or from “seed houses” (essentially the middlemen of the industry) around the world. While the companies generally run out of a few varieties due to hiccups like crop failures, they plan years in advance and can usually fill gaps in supply by contracting with new growers or looking elsewhere for the same seed. Currently, most “out of stock” messages reflect the fact that they have not had time to put bulk seeds into packets.

Baker Creek Heirloom Seeds is based in Missouri and specializes in rare heirloom fruit and vegetable varieties. “We have shut our website down three different times. When we do that, we post on our Facebook page to give us a chance to basically pack seeds and catch up with orders,” said Kathy McFarland, who handles public relations for Baker Creek.

“Judging by the volume of interest we’re seeing now, it does make me feel like maybe it wasn’t just a temporary response—there might be social change happening.”

The company’s orders were up about 300 percent last spring. And this January, McFarland said they were 500 to 600 percent higher than a typical year. “Even with machines, we can’t pack them fast enough,” she said. And the continued threat of COVID-19 infection exacerbates the situation, since companies are enforcing social distancing measures and other safety precautions in warehouses.

Given last year’s unexpected jump in seed sales, many companies planned ahead and made changes, including procuring more seed and updating processes. At Burpee Seed Company, owner George Ball said the high demand has persisted and increased since the spring. “We have increased our resources and capacity, so we are fully prepared to accommodate a sustained surge in demand,” he said.

Hudson Valley Seed Company converted to a new inventory system that would allow the team to keep better track of how many seeds were already packed so they didn’t oversell, which in the past resulted in delays. “Our turnaround times are somewhere in the three- to seven-business-day range right now. Last year, at our worst, we were at about three to four weeks,” Mueller said.

Many gardeners, especially in urban areas, where homes and apartments are smaller, prefer to buy seedlings rather than start their own plants indoors. Those purchases generally happen in the spring when it’s warmer, but some farmers are already seeing increased interest.

Elisa Lane runs Two Boots Farm, a flower and vegetable farm in Northern Maryland, and has always sold vegetable seedlings at farmers’ markets. Last spring, she moved sales online for the first time and was shocked by how fast she sold out. “I saw the trend—people want to be growing their own food,” she said. 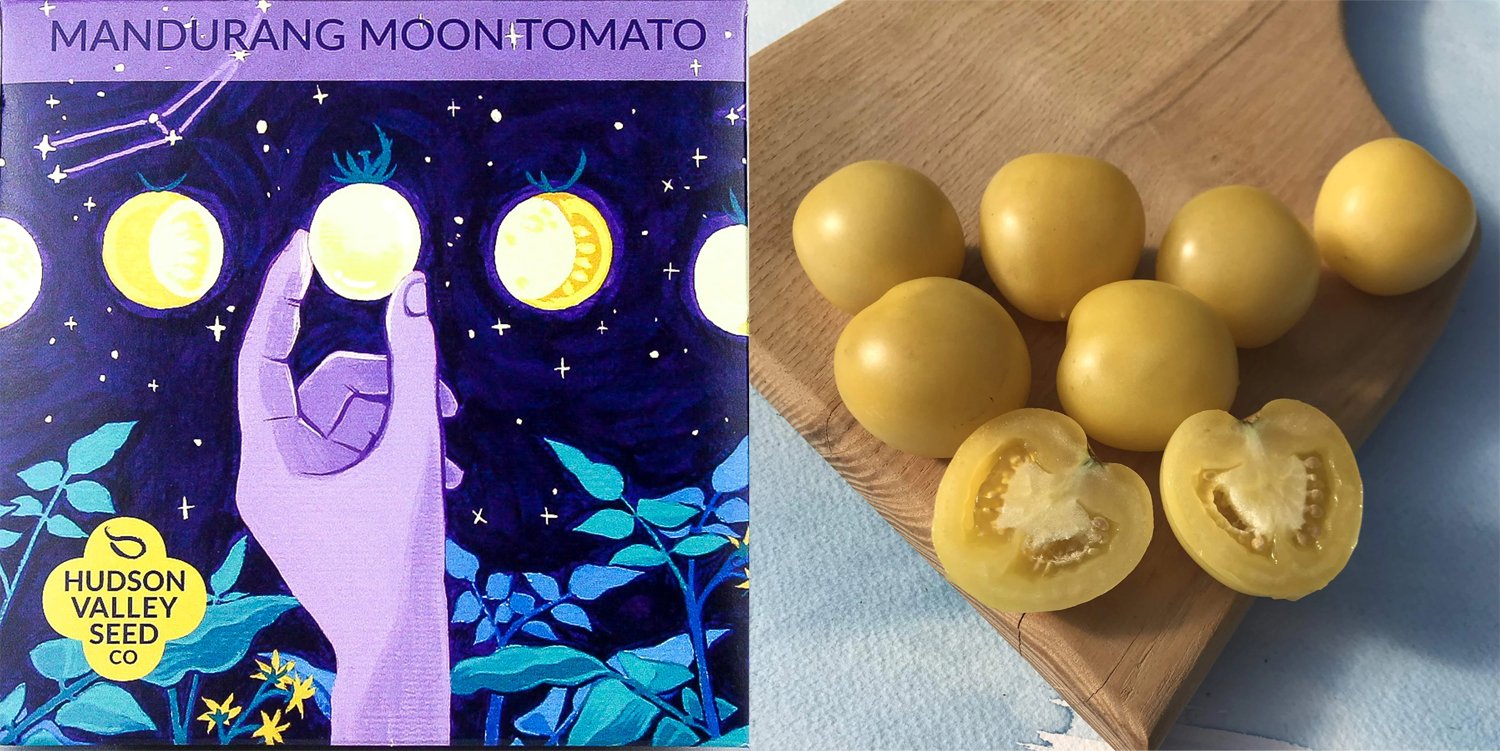 So this year, she started pre-selling vegetable seedling collections that provide gardeners with a mix of plants to populate a garden, all from varieties that Lane knows grow well in the region. She’s offering pick-up and delivery and will provide growing tips along with the plants. “I’ve been surprised by the interest, given how early it is,” she said.

If You Can’t Buy Them, Grow Them?

While most of the increased demand is coming from people who are picking up a trowel for the first time, more experienced gardeners are also going deeper by experimenting with seed saving.

At Seed Savers Exchange, executive director Emily Rose Haga has been documenting that phenomenon on several fronts. Seed Savers Exchange is a nonprofit dedicated to preserving heirloom seeds, and it has published a Community Seed Sharing directory since 1975. “It’s like a phone book of seed savers throughout the country, and also other countries, who list what kind of homegrown seeds they’re willing to swap with other people,” Haga explained.

In 2020, the number of new listers increased at three times the rate of the year before, she said, with new members producing nearly 1,400 new listings. Requests for samples from the seed bank were up 30 percent, and the organization had to reprint its seed saving books twice, “because our distributors were selling them like hotcakes,” she said.

The moment presented Seed Savers Exchange with an opportunity to advance its mission like never before. “These are such critical times for people to connect with their garden heritage and traditions that have really been at risk of declining over the last several decades,” Haga said. “We wanted to rise to the occasion and do everything we could to meet this demand and help out all these new gardeners and seed savers.”

In August, Haga and her team offered their annual Seed School virtually. While the event is normally limited to 25 participants—who learn about growing, harvesting, and saving seeds at the organization’s heritage farm headquarters in Iowa—this year, 250 people attended.

“One of the things that this pandemic has done is make people feel out of control. And what is more powerful and liberating than putting a seed into the ground, watching it grow, and then feeding yourself and your family or your friends?”

Carmen DeVito said she’s also seen more interest and participation in seed swapping groups, and people who have been coming to her to design gardens in urban spaces increasingly want edible plants instead of flowers. They also seem to be hungry for more than what they produce.

“I get the sense that one of the things that this pandemic has done is . . . made people feel out of control—and I’m speaking personally, too. Here’s this invisible thing that can kill you or someone you love or make you really sick,” she said. “And what is more powerful and liberating than putting a seed into the ground, watching it grow, and then eating a part of it? Than feeding yourself and your family or your friends? It’s so tangible and so visceral. I think people want that, and I think a certain percentage of the population will stick with it.”

Back in Des Moines, Mullen’s thinking has shifted in a related way, from panic planting to community resilience. Within the limited garden space she had, she began attempting to save more of her own seeds throughout 2020, starting with peppers, lettuce, and kale. While she’s not sure if they’ll sprout, she’s got plenty of other seeds she ordered ahead and is confident she’ll grow enough food to share. 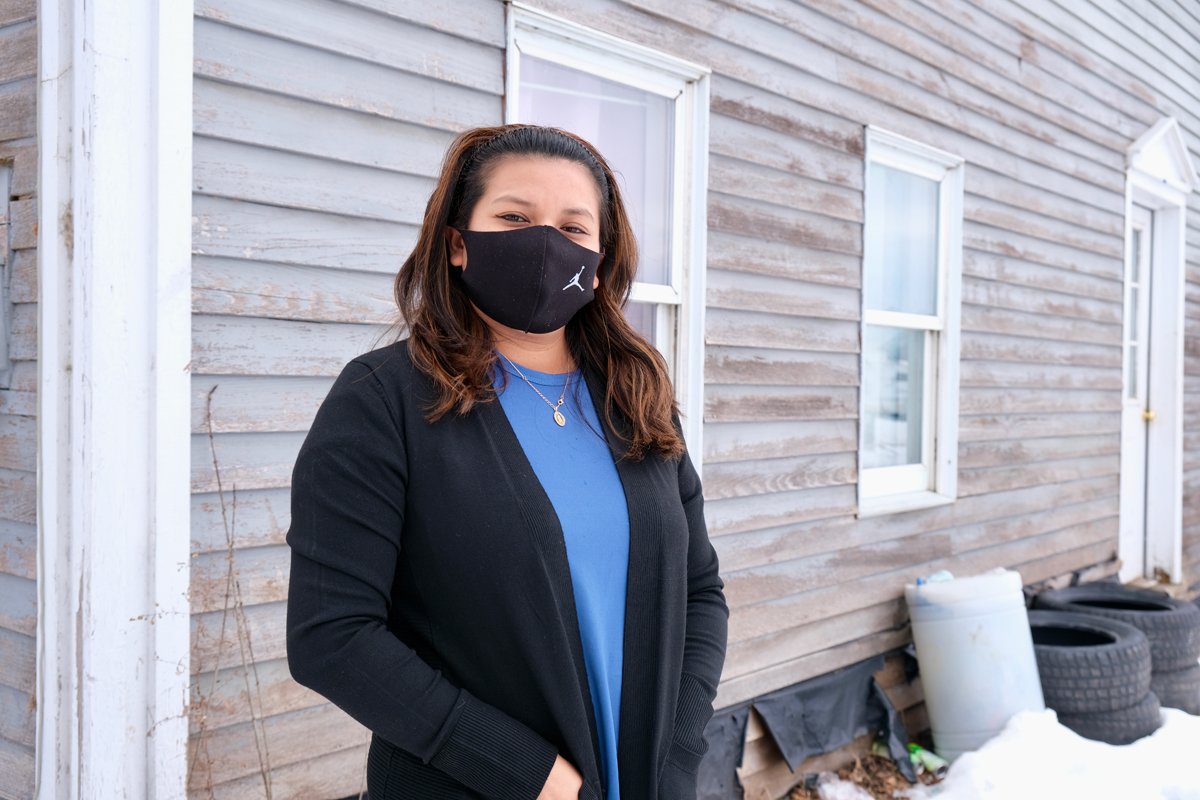