Is Fonio the Ancient Grain of the Future? | Civil Eats

Multinational corporations (and foundations) generally take one approach to agricultural development in Africa. They encourage farmers to grow high-yield varieties of crops—mostly corn—developed in the U.S. and Europe, using expensive seeds, fertilizers, and pesticides. In many cases, the crops fail to thrive due to the differences in climates and soils. And the same negative environmental impacts associated with industrial agriculture in the U.S., including the loss of biodiversity and water contamination, follow. Overall, these efforts rarely decrease hunger or make farmers more financially secure. 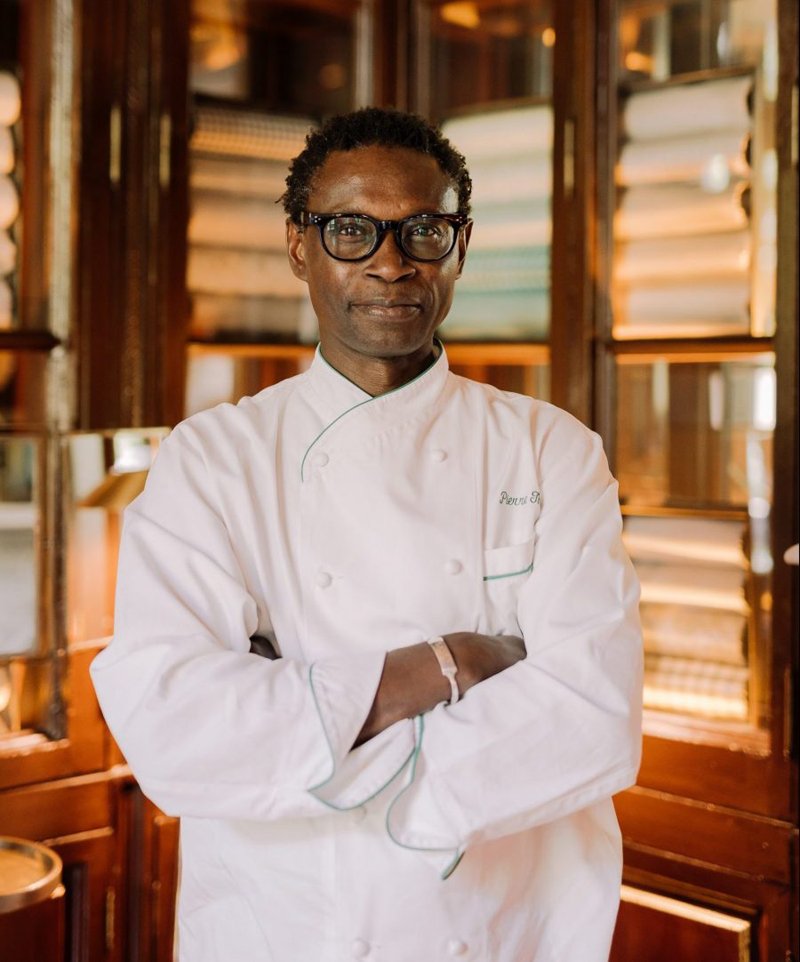 Thiam was born and raised in Dakar, Senegal, before gaining renown as a chef in New York City. In a 2017 TED talk, he explained how, while conducting cookbook research in Senegal, he came across a form of millet called fonio, which was still grown by smallholder farmers all over West Africa but had nearly disappeared from the urban diet.

“It turns out that fonio had been cultivated for more than 5,000 years,” Thiam says. “I became more interested in this grain that was deemed worth taking to the afterlife by early Egyptians.”

The more he learned, the more potential he saw. Fonio is basically a climate crisis-ready crop; it grows in poor soils in drought conditions with little to no inputs. Those who grow it help preserve agricultural biodiversity and cultural identity in West African countries. And it’s a nutrient-dense, naturally gluten-free ancient grain—perfectly suited to serve both local food security and Western health trends.

In 2017, he teamed up with Teverow, a food industry veteran who ran the trendsetting Dean & DeLuca brand for 13 years, to create Yolélé, a company that would buy fonio from smallholder farmers, build a local supply chain, and export it around the world. The company has gotten some attention over the years and its products are now sold at Whole Foods. But its overall reach has remained small because fonio is incredibly difficult to process, and the infrastructure to do so at a large scale doesn’t exist.

That’s about to change. Yolélé has been developing a proprietary processing system and is set to open its own plant in Mali in the first quarter of 2022. “Today’s fonio processors can produce about one ton of fonio per day,” Teverow told Civil Eats. “Our system will produce three tons per hour.” It will also cut high levels of food waste out of the supply chain.

At the same time, another company, Terra Ingredients, is working on a state-of-the-art fonio processing facility in Senegal. Its progress was delayed by the pandemic but will soon move ahead. New fonio products are also emerging: Yolélé just launched Florence Fabricant-approved fonio pilafs, while Iya Foods debuted fonio flour (made with Terra’s fonio).

All of this movement comes at a critical time for West African countries. During the pandemic, border closures disrupted some relied-upon food imports like rice, wheat, and fresh produce, and millions of people have been thrown further into poverty. In the Sahel region, where most fonio is grown, a recent report found 17 million people were in need of emergency food assistance during the summer months and another 51 million were on the verge of following.

With that context in mind, Thiam and Teverow recently spoke with Civil Eats to share more about the past and future of fonio.

Who is growing fonio for you, and how are they doing it?

Teverow: We’re working with about 1,500 farmers [in West Africa]. The farms are very small. On average, they’re growing on half a hectare [about 1.2 acres]. In most cases, the families have been growing fonio for themselves. What we’re doing differently is asking them to grow for us, not as a feed-the-family crop only, but also as a way to get some income.

Generally, because fonio has been a feed-the-family kind of crop, they don’t have inputs. As a matter of traditional practice, there are inputs sometimes applied, but it thrives on its own. In fact, it responds poorly to the application of fertilizers, so there’s a general reluctance to apply anything. We’re looking for organic fonio and are working with farmers to use organic compost applied in a moderate way.

What does processing look like now, and how will it change?

Teverow: Fonio is harvested by hand with a sickle and is usually threshed manually to separate the grain from the stalk. There are dramatic losses involved in every step. After it’s threshed, each grain is still coated with an inedible husk. Many use a mortar and pestle with sand to rub away and winnow the husk. You end up with a lot of broken grains. There’s also a washing process that involves many changes of water.

Our new system is still multi-step. We train the farmers so that they can harvest in a way that the fonio doesn’t come in contact with the ground during harvesting and transporting. We’ll provide threshers. When it comes to the plant, it will be treated in such a way that the husk will come off thoroughly and cleanly.

In other words, to sell to more and bigger stores?

Teverow: There’s that, but one of the greatest impacts that we could have is if giant multinational food manufacturers decide to use fonio [as an ingredient] instead of whatever other grain they’re using—rice, wheat, corn—not for everything and not even a large percentage, but even in some small way. If you’re a multi-billion-dollar food company and you’re going through millions and millions of units of any particular item, if you use some fonio in there, it’s going to [lead to demand for] a lot more than we can sell [right now].

Fonio is grown by smallholders. If other companies like yours are also racing to invest in this large-scale processing, is there going to be enough supply? Is there a risk that farmers will keep less for their families in order to sell more, or that prices will drop, hurting farmers?

Teverow: There are around 700,000 tons of fonio grown by smallholders in West Africa. Our current offtake is a tiny drop in that bucket. We aim to reach a scale of 10,000 tons in the next few years. If others pile on and worldwide demand grows by 70,000 tons, that would be 10 percent of current production. For perspective, today, more than 30 years after I imported quinoa from South America while at Dean & DeLuca, consumption of quinoa is around 80,000 tons in the U.S. 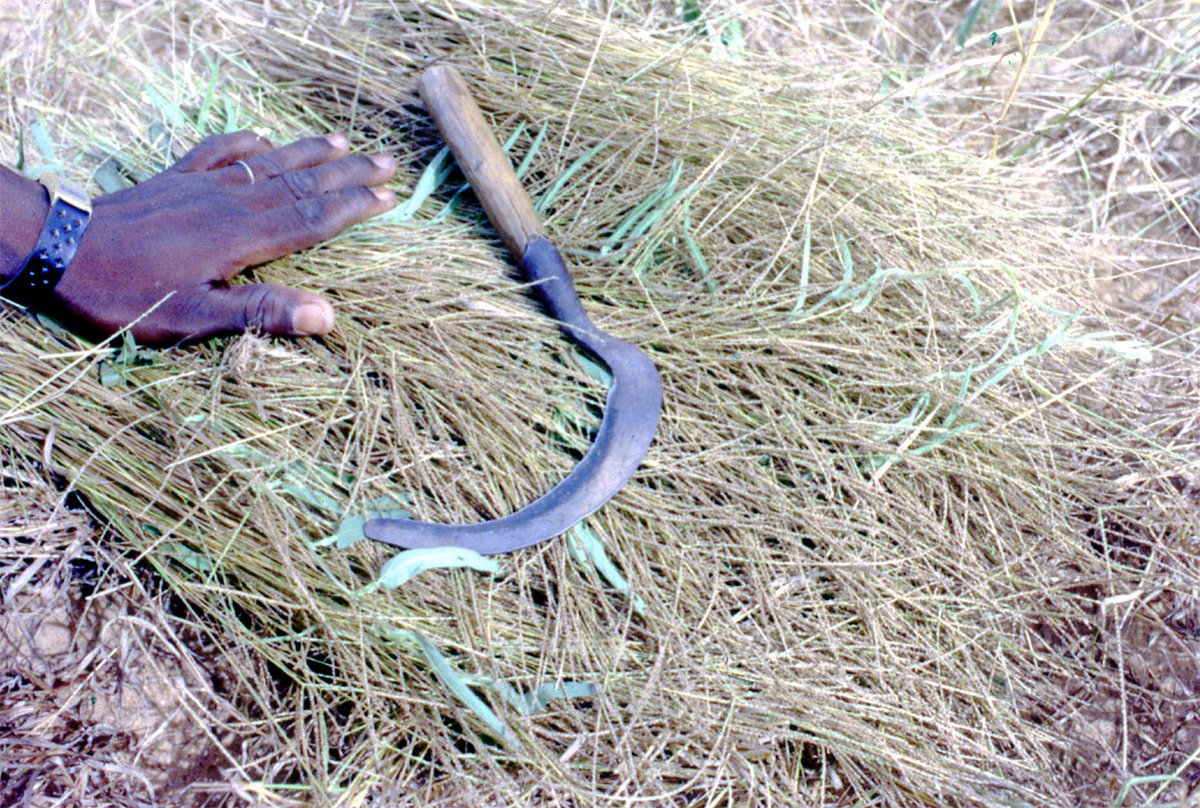 We are trying to avoid increasing demand beyond supply, because that would create a boom that destabilizes markets and leads to the race to invest that you describe, which may lead to a bust that hurts smallholders. That being said, if the supply of fonio did not grow in concert with growing demand, there would be problematic excess demand. With that in mind, we plan to increase supply in concert with increased demand.

One way to do that is to reduce post-harvest losses through more efficient processing, as we will do. The same harvest might yield 30-40 percent more fonio.

Another is to increase agricultural productivity so current farmers can produce more on the same land. Our second agronomic trial in Mali, which just concluded, indicates potential yield increases of 77 percent with reduced input costs, simply by introducing a couple of agronomic changes.

How has the pandemic affected Yolélé and your producers on the ground in West Africa?

Thiam: Fortunately, we didn’t get affected by it directly because we already had stocks and orders before. In general, most African countries had closed their borders [to prevent the spread of COVID-19 in the spring]. For a country like Senegal that depends on food imports, that was an awakening. That was really a serious threat. [African government leaders] had to choose either food security or health for the public.

But what does that mean for the farmers, then, if Yolélé is focused on growing markets for exports? How does that model connect to improving food security and sovereignty for them, and more broadly in the countries you work in?

Thiam: Growing markets is one way to bring economic development to those farmers, and the markets are not only focusing on the West; the markets are also local. Right now, those farmers are growing and eating fonio [themselves too]. They don’t even bring the fonio to the cities.

In addition to exporting, we are aiming to open markets in the cities, locally, in the region. This is definitely one of our main goals, and that will be a great thing for food security.

I come back to the example of Senegal: For a long time, since colonization, we’ve been importing broken rice from Southeast Asia. That’s the main grain that’s eaten in Senegal. We still import it even though we’re growing rice.

We have this tendency to look down on products like fonio. In the cities, we look at them as “country people” crops. That’s the mindset that Yolélé is trying to change: looking down on products that are much more nutritious than the broken rice we’ve been importing, and which are our own grains. In doing so, we tackle food security issues, we even bring back pride in eating our own crops, and we hit that first mission, which is economic opportunities and development in rural West Africa for small farmers.