Once Called Naïve for His Focus on Returning Land to Black Farmers, Thomas Mitchell Is Now a MacArthur Genius

The Texas A&M law professor talks about his work to help Black families navigate a discriminatory system and retain ownership of their farmland, as well as the new bill that would provide reparations in the form of farmland. 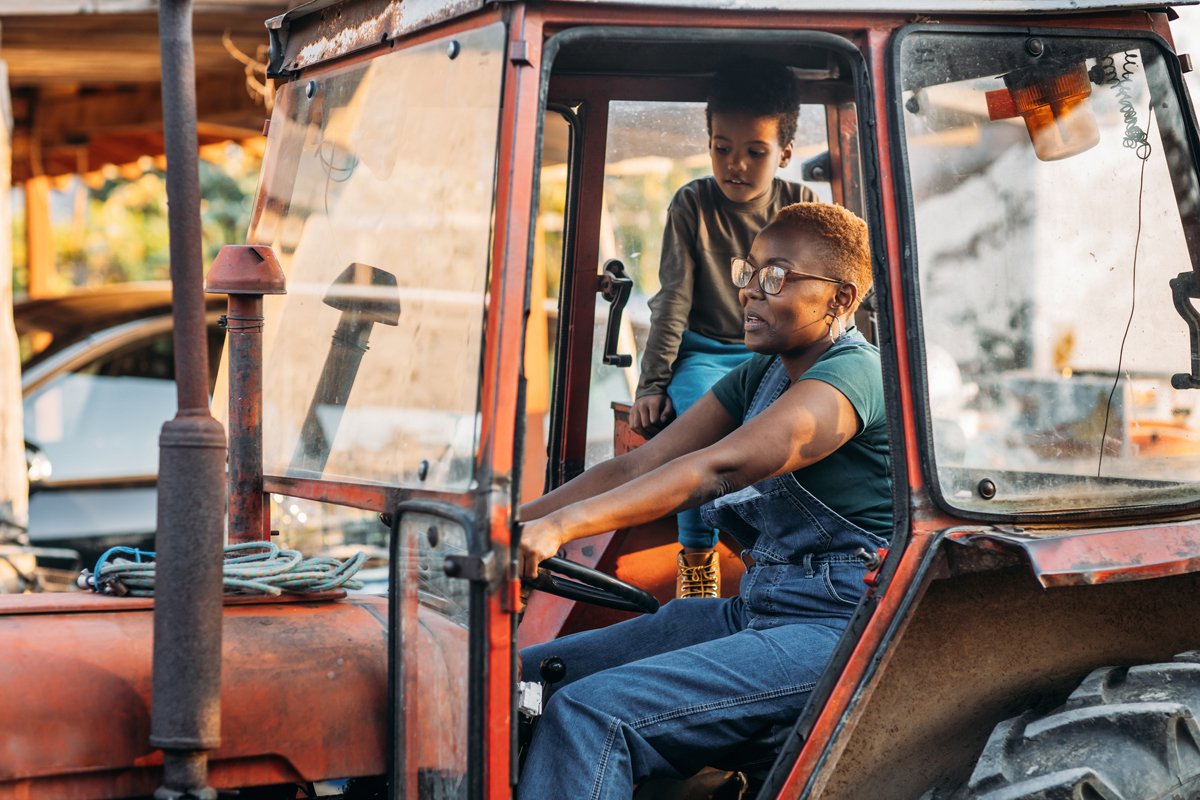 The call for African Americans to receive redress for the farmland they’ve lost to systemic racism has snowballed in recent years. One of the people who got it rolling, more than two decades ago, is Thomas W. Mitchell, a Texas A&M University law professor and co-director of its Program in Real Estate and Community Development Law.

Mitchell’s efforts to reform the laws and policies that have stripped African Americans of their land earned him the 2020 MacArthur fellowship—a so-called Genius Grant. Shortly afterward, Senator Cory Booker (D-New Jersey)—along with Senators Elizabeth Warren (D-Massachusetts) and Kirsten Gillibrand (D-New York)—introduced the Justice for Black Farmers Act. The legislation aims to help African Americans recover the farmland they lost due to decades of discriminatory government policies. Mitchell helped to draft the bill, which would permit Black farmers to reclaim as many as 160 acres apiece through a U.S. Department of Agriculture (USDA) land-grant system.

Mitchell has also spearheaded the overhaul of the heirs’ property laws that go into effect when landowners die without wills. For generations, land that had been purchased or deeded after the Civil War was passed down informally, often leading to a large numbers of owners, each with a fractional interest in the whole property, rather than an individual portion. With each generation, the number of heirs compounds, and any one of them can sell their interest or force a sale of the property—“sometimes for pennies on the dollar,” Mitchell said.

This issue disproportionately affects African Americans because historic barriers to legal services have resulted in about three-quarters of this population dying without wills, resulting in court-ordered sales of heirs’ property for far below market price. In the South, where Black-owned land is concentrated, heirs’ property is worth approximately $28 billion.

To help African Americans keep their land and protect their real estate wealth, Mitchell wrote 2010’s Uniform Partition of Heirs’ Property Act (UPHPA), which includes recommendations for courts about how to approach partition actions, guidelines for co-owner buyouts, and methods to ensure that properties are sold for their fair market value. So far, 17 states and the U.S. Virgin Islands have implemented the UPHPA, and more are likely to follow since the 2018 Farm Bill gives states that haven’t adopted the legislation incentives to do so.

Mitchell spoke to Civil Eats recently about the farm bill, the Justice for Black Farmers Act, and his longtime advocacy for Black landowners.

How did you lend your expertise to the sponsors of the Justice for Black Farmers Act and what makes this legislation stand out? 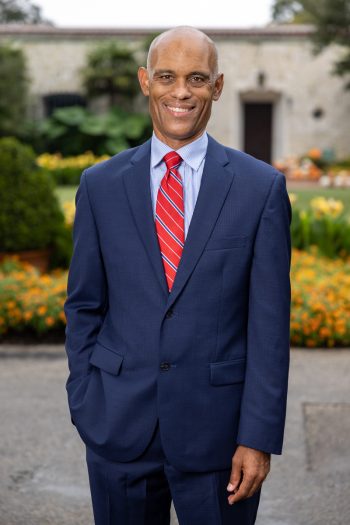 The sponsors consulted with me about the bill before finalizing it to get my input. Black farmers and heirs’ property owners often have had a substantial lack of access to affordable legal services, which is why families stay trapped in that form of ownership. A significant part of the cycle of families having heirs’ property from one generation to another is the lack of wills or estate plans, so what’s good about the bill is that it takes the 2018 Farm Bill provisions—which were kind of like a pilot program to provide some legal assistance to Black farmers and landowners who own heirs’ property—and substantially enhanced the provision for legal services.

The Justice for Black Farmers Act is one of the first federal bills that seeks to address the fact that Black farmers have been pushed out of the agricultural industry—going from 1910, 1920, when 14 percent of farm owners in this country were Black to today where it’s less than 1 percent. So, it actually acknowledges that cutoff; it acknowledges that discrimination. It’s not limited to the USDA, but the USDA played a substantial part in driving Black farmers out of farming.

But you also have some concerns about the legislation. What are they?

The land grants that the bill talks about—go to 160 acres. That sounds great, but the average farm size in United States today is 444 acres. Over the last several decades, there’s been a massive consolidation in the farming sector and small family farms are being pushed out. So, 160 acres is great in terms of an acknowledgement. But if you still have the same kind of macroeconomics and federal policy that goes back to President Nixon’s Secretary of Agriculture Earl Butz, famous for saying that farmers needed to “get big or get out,” then, providing African Americans with the opportunity to own a relatively small farm is not going to be sufficient.

You’re going to have to enable a much smaller group of Black farmers to use whatever land grant they have and expand it over time or reject the get-big-or-get-out model. I don’t want to look a gift horse in the mouth, because right now the Justice for Black Farmers Act is just a bill, but if it were actually going to become law, there would have to be some sensitivity to that issue.

Should the Justice for Black Farmers Act become law, what impact do you hope it has?

It’s an incredibly exciting bill. It is far wider and broader in scope in terms of any bill that’s ever been introduced [to address racial injustice in agriculture]. I hope that it’s going to catalyze a conversation about the need for the bill, and even this incredibly ambitious bill doesn’t fully address the amount of the harm.

There is a research team that I’m part of called the Land Loss and Reparations Research Project. We’ve done an initial estimate of the value of agricultural land that African Americans have lost over the last hundred years, and the conservative amount is $350 billion. And what we’re doing now is looking at other variables to generate a figure that’s bigger than $350 billion. It’s going to take into account things such as [the fact that] these families who lost their land also lost the ability to use their land as collateral to finance their children’s college educations. And it will look at the economic ramifications of all these people who could have been provided an education but weren’t. There are a number of variables, but when you look at the magnitude of the harm, it makes the bill seem eminently reasonable, actually.

You wrote 2010’s Uniform Partition of Heirs Property Act, which was given a boost by the 2018 Farm Bill. Can you explain how the farm bill motivated states to reform their heirs’ property laws?

The 2018 Farm Bill actually has a couple of heirs’ property provisions that specifically reference the Uniform Partition of Heirs’ Property Act and give states that have not enacted it into law an incentive to do so. The incentive is that farming and ranching families who own heirs’ properties in those states are entitled to a greater set of USDA benefits. With the 2018 Farm Bill, we were able to flip states that we would have had no chance [with]. Like, we would have had zero chance in Mississippi, but the farm bill gave us that opening. It was the same thing in Florida, Virginia, and Illinois. All of a sudden, heirs have a new ally on our side, and that’s the state farm bureaus.

When you began your career in the 1990s, why did other scholars discourage you from pursuing ways to help African Americans preserve their land?

When I started my work addressing Black land loss through property laws . . . I was considered hopelessly naïve. I was told I was wasting my time. People would say, “It’s not that you have incorrectly diagnosed that there has been racial injustice. What you haven’t factored in is that African Americans and other disadvantaged farmers fundamentally lack political and economic power, and as a result, no legislature is ever going to respond to their needs.” I could have accepted that and then just folded the tent, but over the last 20 years, I’ve been able to defy the cynics and the skeptics.

There were certain things that happened that I couldn’t have counted on. The media took an interest in this issue. The Associated Press 20 years ago did this award-winning series on Black land loss, and that really was the catalyst. It caused this broader awareness; it got some important stakeholders, like the American Bar Association, interested. When the moment came, I was ready with a plan. I have a similar way of looking at the Justice for Black Farmers Act. You don’t know what’s going to happen, but there’s a plan, and it is incredibly comprehensive and incredibly solid.

You’ve been pretty adamant that Black land loss isn’t as dire as it is sometimes made out to be. Explain how you arrived at this conclusion.

In 1910 and 1920, African Americans who owned agricultural land had active farm operations. What has happened over time is that there are a number of African American families who own agricultural land, but the family doesn’t own a farm operation. Those who do have an active farm are theoretically counted in the agricultural census, but if they are renting their land to—in almost every case I’ve seen— a white farmer, that land is not captured by the ag census because the Black family is not the owner. In some cases, the family is letting the land lie fallow, so, nobody’s farming it. That is not captured the agricultural census either. So, there’s substantial loss of African American land in this country, but it’s not a 90 percent loss. And we still have a chance to meaningfully address some of the laws that contributed to this loss.

The Washington Post reported that, in the 19th century, white farmers seized 500 acres of North Carolina land owned by the great-grandfather of George Floyd. Given this context, the loss of Black-owned land is being raised as part of the Black Lives Matter movement. How do you feel about this?

I didn’t know about this history, but it’s a legitimate and important issue for Black Lives Matter and other organizations or government officials committed to social racial justice to address. With this massive loss of land, not only was the land itself lost, which is important in terms of being an economic asset that would help families build wealth across generations, but you also have the loss of culture and history.