Small-scale farmers in Ithaca respond to hunger through nimbleness, innovation, and mutualism. If the recently introduced FEED Act passes Congress, the model could spread nationwide.

This story was supported by The Economic Hardship Reporting Project. Additional reporting by Sabina Lee.

When the pandemic hit in March, the small restaurants supplied by Lively Run Goat Dairy in Interlaken, New York, closed, and the family-run operation lost the lifeblood of their existence overnight. Brothers Dave and Pete Messmer, who run the small dairy, looked around and saw others in their community struggling, too; supermarket shelves were empty because of panic buying and distribution disruptions, people were going hungry, and the larger dairies around them were dumping millions of gallons of milk. It felt like everything was collapsing. 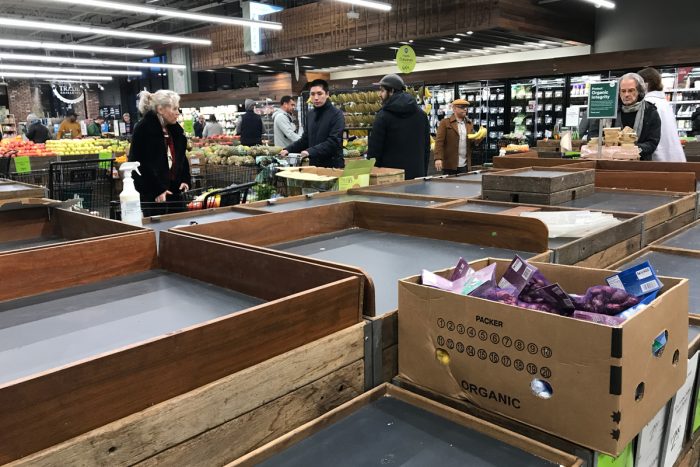 When the brothers started talking to the nearby dairymen, they learned the producers wanted to feed people, but they couldn’t deliver milk to supermarkets and pantries. Most specialized in large-scale production and were making “the kind of 20-pound tubs of sour cream that ended up at Chipotle,” Pete Messmer said. “They couldn’t switch over to retail.” With cows needing to be milked daily and storage at capacity, they had no choice but to dump the milk, much to the detriment of their local groundwater.

Then, Pete had an “a-ha” moment: Lively Run was perfectly suited to process the excess milk. That night, he and Dave decided to buy it and make cheese to donate to food banks. “Bigger businesses have a much harder time [pivoting] because they need so much more infrastructure in order to be efficient,” Pete said. “A business like ours can be nimble and switch over quickly.”

This new model would prove to be a win-win for everybody; Lively Run could start making cheese again, farmers would get paid for their surplus milk, and those in need would get fed. To raise funds, the brothers set up a GoFundMe campaign with an initial ask of $20,000. They blew past that goal in three days. To date, they’ve raised nearly $50,000—and donated 6,000 pounds of cheese within the Finger Lakes region and 7,100 pounds to food-insecure neighborhoods in New York City. 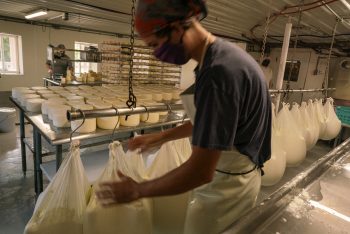 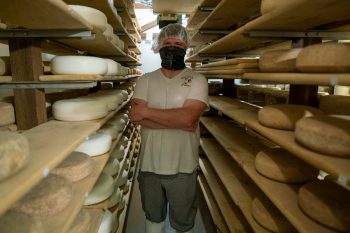 The distribution challenges on display in New York and across the U.S. at the beginning of the pandemic have roots that stretch back decades. In the 1970s, President Richard Nixon’s Agriculture Secretary Earl Butz said farmers needed to either “get big or get out”—and that’s exactly what’s happened as farms, processing facilities, and supermarkets consolidated over the next 50 years. Now, for example, California farms produce more than one-third of the vegetables and two-thirds of the fruits and nuts grown in the country. And there are fewer choices on the grocery store shelf.

“We have this massive, centralized food distribution network. It’s very efficient, but when there’s a breakdown, it causes massive reverberations. And it’s very fragile,” said Pete. 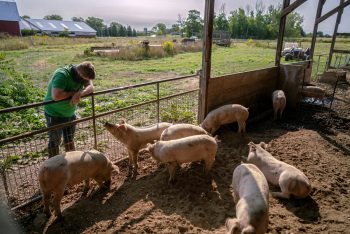 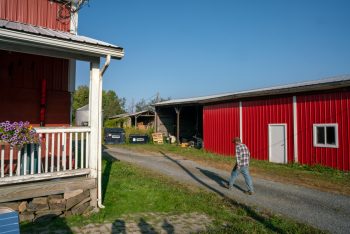 In creating a new model, the Messmers and their partner organizations played an essential role in strengthening distribution systems and feeding their community. And, as the latest COVID wave grows worse and disruptions due the climate crisis increase, their efforts illustrate how vital small farmers are in ensuring local food distribution. 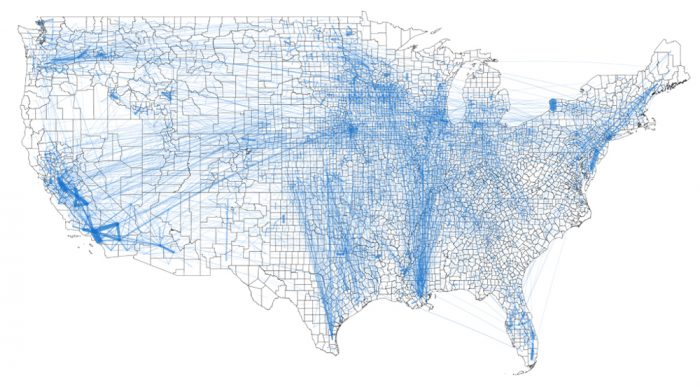 Their work hasn’t gone unnoticed, either. The brothers’ work was cited by New York Governor Andrew Cuomo in one of his daily updates. Dave believes that their efforts helped the governor see the potential for a much larger program. On April 27, Cuomo announced the Nourish New York Initiative, a $25 million project that connects upstate farmers to food pantries all across the state.

Other similar efforts have simultaneously taken root around the nation, and there’s now a federal version of the plan called the FEED Act waiting to be voted on in the House. If enacted, the legislation would allow “FEMA [to] approve plans from state, local, and Indian tribal governments that (1) establish contracts with small and mid-sized restaurants and nonprofits, including faith-based organizations and soup kitchens, to prepare healthy meals for people in need; and (2) provide for partnerships with nonprofits to purchase directly from food producers and farmers,” after major disasters. 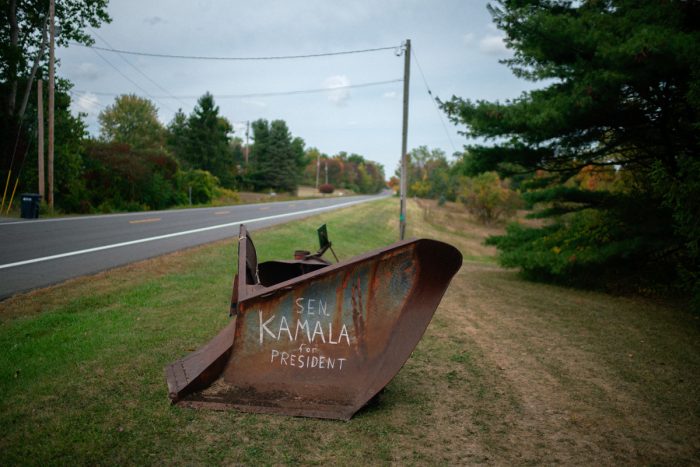 One of the FEED Act’s sponsors is Vice President-Elect Kamala Harris. Her support for small farmers resonated with voters in the Finger Lakes region.

One recipient of Lively Run’s cheese is the PressBay Food Hub and Pantry in Ithaca. Like Lively Run, PressBay is a small and nimble operation. It’s run by the Messmers’ longtime friend and colleague Melissa Madden, pictured below at right, who also makes it her mission to rescue food that otherwise would go to waste.

Along with the Messmers’ cheese and donated fresh produce, PressBay offers food pantry clients packaged goods donated by the local Wegman’s supermarket that are past their sell by dates, but are still edible. 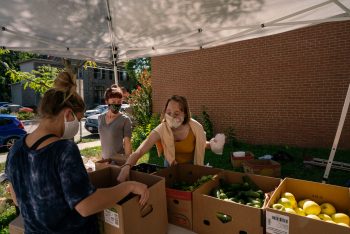 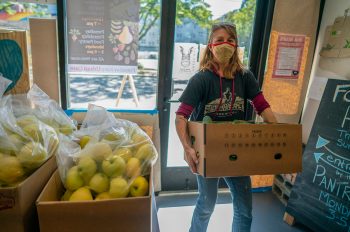 Some of the pantry customers have underlying health issues such as diabetes, hypertension, and lactose intolerance, so the ability to choose diet-appropriate foods is crucial. “I have a lot of strong social justice leanings,” Madden said. “One thing that was really important was the decision to [either go] pre-boxed and pre-determined versus the customer choice model. And we went with a customer choice mode.”

PressBay volunteer Kadie Salfi got involved in March, when it was still snowing. “Some days, it was cold and no one was out. Some people said we were the only people they saw in a given week. It was pretty heartbreaking, but also pretty special to be that person” who helped provide for them, she said. 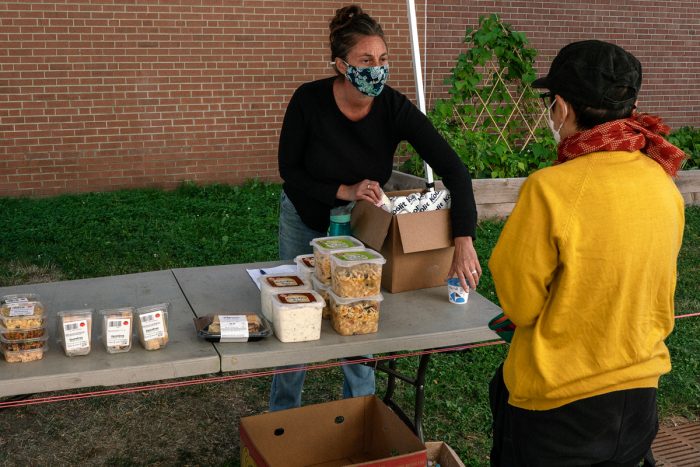 “Volunteering is healing. And I’ve been going through my own hard times; I lost my dad a month ago,” Salfi continued. “But every day that I came here, even if on the way I felt sad, or I was crying, I was just like, ‘Gotta pull it together.’ There are other people who are way worse off than I am. And I’ve got to be here to be a spark of happiness for them. I feel so much better at the end of my shift.”

The PressBay Food Hub and Pantry has started a GoFundMe campaign so that they can continue to provide the community with uninterrupted service.

As promising as the Nourish New York Initiative was, it has presented difficulties for small farmers. Although they believe they helped inspire the program, the Messmers never received any direct funds from the initiative. The way it’s set up, funds first go to food banks in the state, so they can buy the surplus food, says to Hanna Birkhead, a public information specialist at the New York State Department of Agriculture & Markets. All too often, this means that smaller farmers are overlooked.

Only after the Messmers consulted with numerous pantries and state senators did they finally manage to get connected to World Central Kitchen (WCK), which received Nourish New York funds. WCK bought 7,100 pounds of cheese from the brothers at cost and distributed it to food-insecure communities in New York City. (WCK’s founder Chef José Andrés is also a sponsor of the FEED Act.)

The Messmers hope Nourish New York becomes permanent because they say it could help strengthen the distribution systems that have formed during the pandemic.

If the FEED Act is enacted—or if there’s a second round of Nourish New York funding (all funds were spent by the end of October)—the Messmers’ difficulty in tapping funds illustrates the need for an organization like WCK that is grounded in the community and won’t go away.

Liz Karabinakis, a community food educator at Cornell Cooperative Extension and director of Healthy Food for All, helped create a hyper-localized version of Nourish New York in Tompkins County, which was based on the state model. “[It] allowed us to tap into a $5,000 FEMA CARES Grant to compensate local farmers for produce,” Karabinakis said.

A Spirit of Interconnectedness 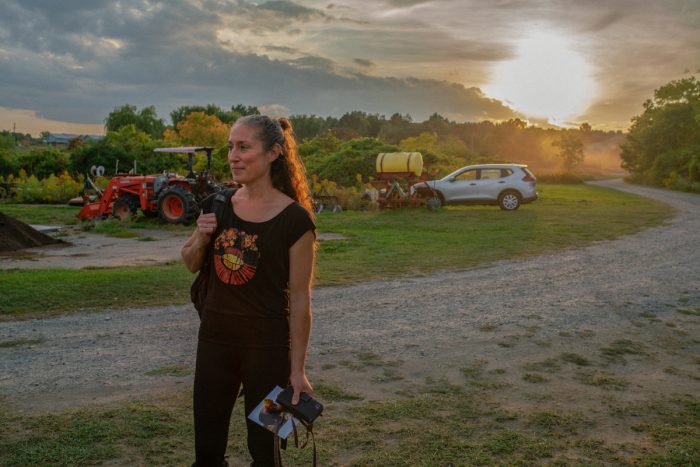 Liz Karabinakis on the West Haven Farm in Ithaca.

Historically, pandemics have resulted in innovations that have pushed society forward, and redesigning local food distribution systems might just be one of COVID’s silver linings. And nowhere is connecting farmers to community more important than in food-insecure communities that were in need even before the pandemic hit. 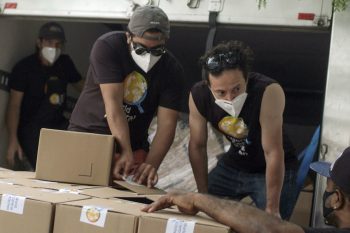 A WCK distribution in East Harlem. 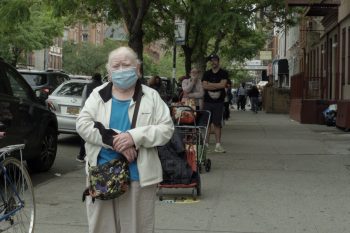 Small farmers like the Messmers provided a spirit of interconnectedness in the most precarious parts of the first wave of the pandemic. If shelves are to remain fully stocked, those same regional farmers will need to become more involved.

“We will continue to fight to get local food to be a bigger portion of people’s plates and refrigerators,” Dave Messmer said. 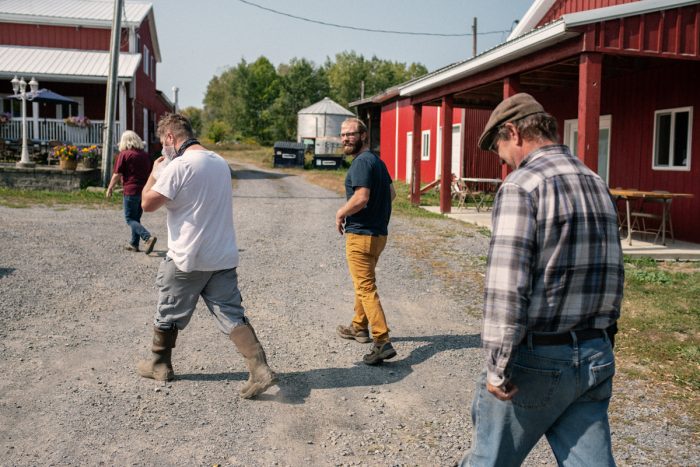 Dave Messmer, second from right, with his family.