With its Séka Hills olive oil, the Yocha Dehe Wintun Nation is reclaiming its ancestral land with a crop for the future. 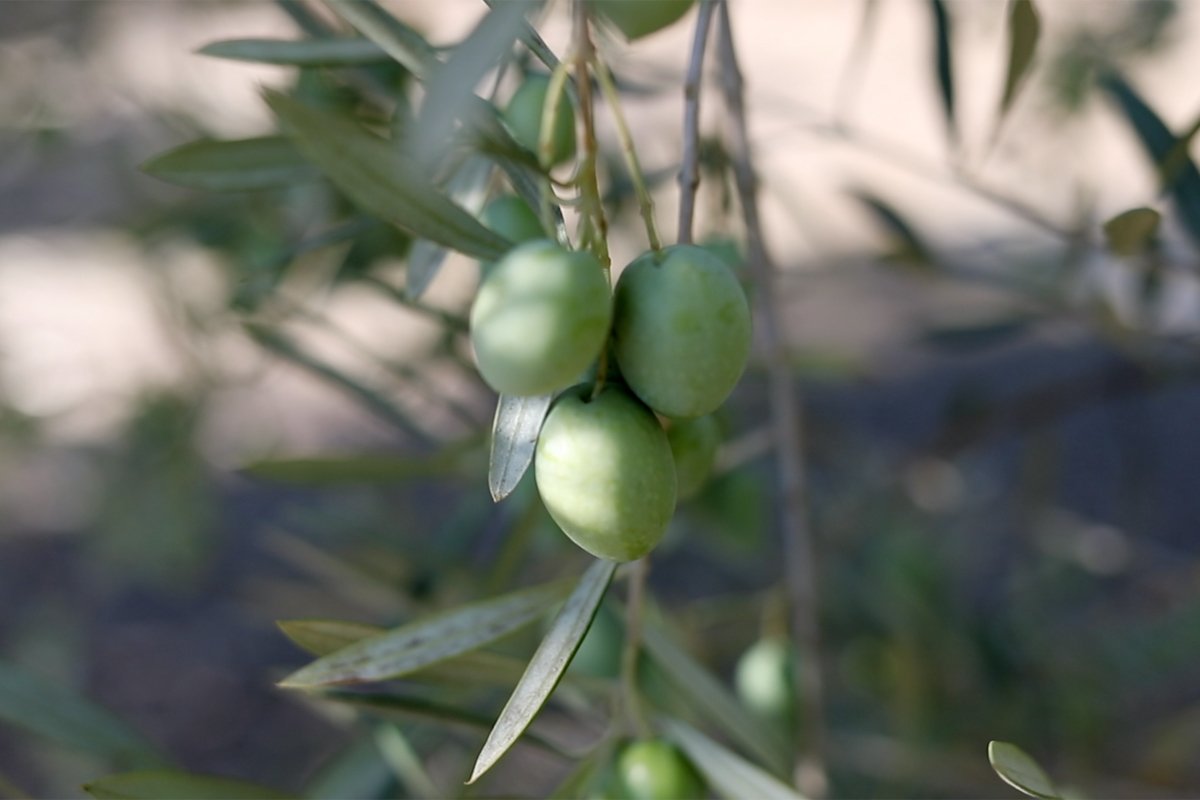 “We were always told if you take care of the land, the land will take care of you,” says James Kinter, tribal secretary of the Yocha Dehe Wintun Nation, whose ancestral homeland is located in Northern California’s Capay Valley. “This is something that we fought blood, sweat, and tears for. Because we had to buy back land that was stolen from us.” 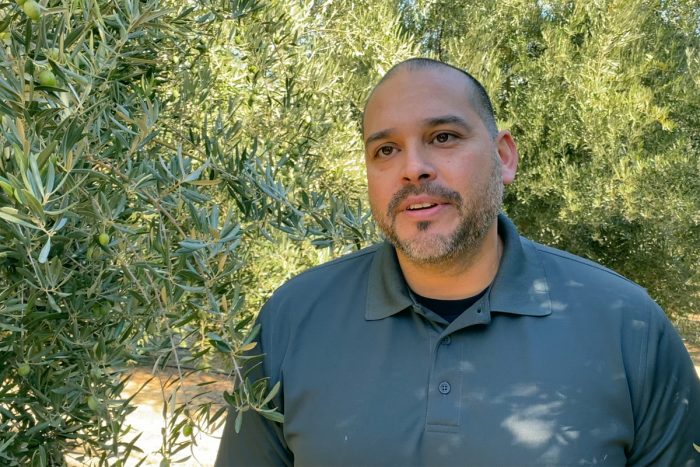 Kinter is standing in an olive orchard on a blustery November morning, in the shadow of the tribe’s Cache Creek Casino and Resort and nearby golf club. “Before the gaming era of our tribe, we were very much in poverty,” he said, describing the tribe’s long journey from decimation to reclamation over more than 100 years. “Transforming this land really helped our tribe; we never forget where we came from.”

More than 4,000 years ago, the Yocha Dehe thrived as farmers and hunters in this region. By the mid-18th century, they were forced off their land by Spanish colonizers, enslaved by missionaries, and rendered nearly extinct. In the 1900s, the tribe was forcibly relocated by the U.S. government to a barren and non-irrigatable reservation; by then, the tribe’s population had dramatically declined from 20,000 to just a few hundred members.

For decades, the tribe, once resilient and self-sufficient, eked out a subsistence living, reliant on the government for survival. It wasn’t until the 1980s, when portions of the Yocha Dehe ancestral land were returned, that a period of stability began, including the development of a bingo hall (later to become the casino), which helped reverse—and return—the tribe’s fortunes.

A Return to Farming

With the money from their successful enterprises, the tribe began farming again in 2003, first planting wheat and sunflowers, and later, alfalfa, safflower, garbanzo beans, sunflower, sorghum, walnuts, almonds, and seven varietals of wine grapes, with the support of the research and development team at U.C. Davis and Jim Etters, the tribe’s director of land management.

Today, with more than 22,000 total acres in production, the Yocha Dehe own one of the most diverse farming operations in Yolo County, and it is one of just a few tribes that are expanding their agricultural footprint in California. Of the 3,000 acres the tribe is currently farming, 250 acres are certified organic (they grow organic wheat, asparagus, tomatoes, and squash), and more than 1,200 acres are in permanent conservation easements. In addition to the farming operation, the Yocha Dehe run a herd of 700 cattle, following a sustainable grazing program on the tribe’s more than 10,000 acres of rangeland. 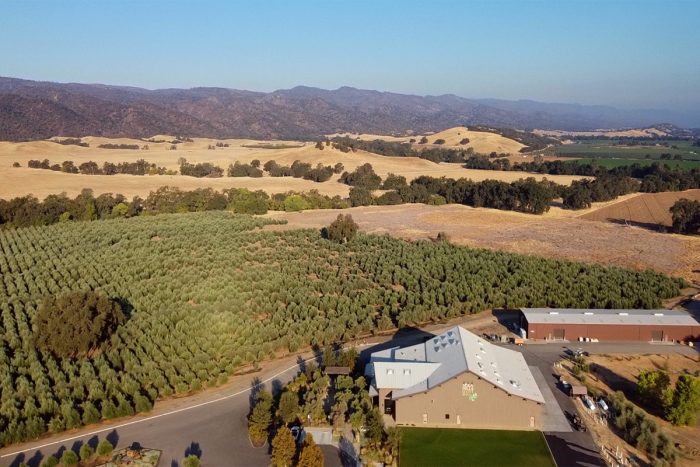 Wherever possible, the tribe uses sustainable farming practices, and has received several grants from the U.S. Department of Agriculture’s Natural Resource Conservation Service for water and rangeland conservation, and for ongoing work on sustainable grazing practices, erosion control, and invasive weed control.

“Growing up, we weren’t into farming in the way we are now,” says Kinter. “We were more the people working on the farms. And now we’re the owner[s].”

Reclaiming their land has also led to tribal gold: the Yocha Dehe produce award-winning extra virgin olive oil, grown, harvested, and produced under the Séka Hills label, named for the blue hills that overlook the valley. And while olives and olive oil are not a traditional Native crop, it seems fitting that the tribe has taken a practice brought by Spanish colonizers and made it their own.

A Crop of the Future

Walking under a silvery canopy of Picual olive trees—known for their bitter, robust-flavored fruit—Etters says the Capay Valley is perfect for this crop because of its undulating topography, hot climate, and limited water. For these reasons, the tribe decided on olives, he says, noting that it takes sustainability and their culture into account in every decision they make on their farm and ranch.

“The tribe was really concerned about water conservation and pesticide usage, and that is one of the key reasons, along with soil and climate, that they chose to plant their first olives,” says Etters. “They really do see it as a crop of the future.” The olives use a third of the water as the nut trees. 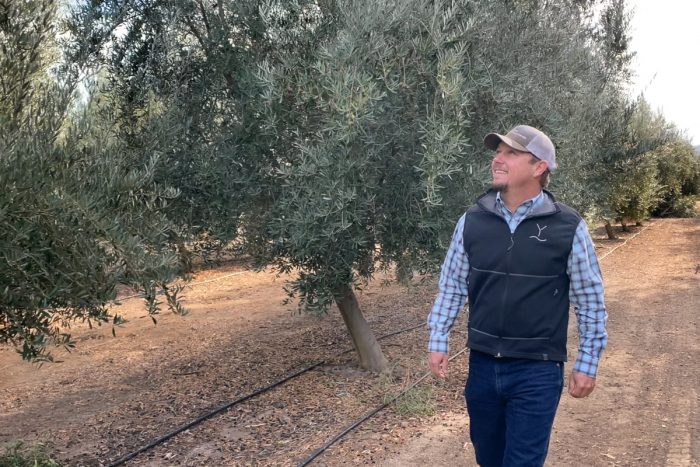 The olive oil has received dozens of awards, including several gold medals in this year’s California State Fair Commercial Olive Oil Competition. Séka Hills sells out of olive oil every year; this year, due to the pandemic, it has seen an uptick in e-commerce sales, which has made up for the sale losses from its foodservice business.

Starting in 2008, the tribe began planting super high-density (13 by 5 feet apart) Arbequinas—described as buttery and fruity—and pruned into short, square hedgerows to enable mechanized harvesting. There are only a few varietals of olives which can be grown in this matter, which Etter says has made it a more viable commercial crop in California, reducing the high cost associated with handpicking. The Picuals are planted at medium-density, and harvested with prune or pistachio shakers and then collected onto conveyor belts.

The tribe decided to invest in an on-site mill in 2012 when it became untenable to drive long hours to the closest mill; they can now produce a high-quality product quickly and with lower transportation costs. The mill, a state-of-the-art operation with gleaming machinery from Italy, produces 75,000 gallons a year of Séka Hills olive oil, and also serves as a community mill for other local olive growers. The tasting room and 2,300-square-foot retail space sells other Séka Hills products, including estate-grown wine, vinegar, wildflower honey, prepared nuts, and Angus beef. It has remained open, but on a limited basis, during the pandemic.

The tribe’s long-term approach to stewardship and environmental sustainability reflects a sacred commitment to their land and to the well-being of future generations, says Kinter. In 2003, the governor bestowed the tribe with the state’s highest environmental honor, the Governor’s Environmental and Economic Leadership Award.

It is an active part of the Yolo County community, and its fire department is a contributing member of the region’s emergency response force, as well as the only Native American fire department to achieve accreditation from the Commission on Fire Accreditation International. It was active in responding to this year’s devastating fires in the county, and lost 12,000 acres of rangeland in fire, which turned their cattle feed to ash. And though COVID-19 has had a disproportionate impact on Native communities nationwide, the tribe, which has suffered much loss and devastation historically, has thus far been spared.

As the Yocha Dehe tribe strives to preserve its legacy, its goal is to grow its population and tend its natural resources, following traditional wisdom and creating long-lasting connection with the land.

“The tribe’s been here for thousands of years; this is our homeland, our aboriginal territory,” says Kinter. “We’ve been here since the beginning of time, and we’re going to be here until the end of time.”