The use of wide-ranging utility patents by a few powerful multinational corporations could make it harder for small companies to breed future crops. 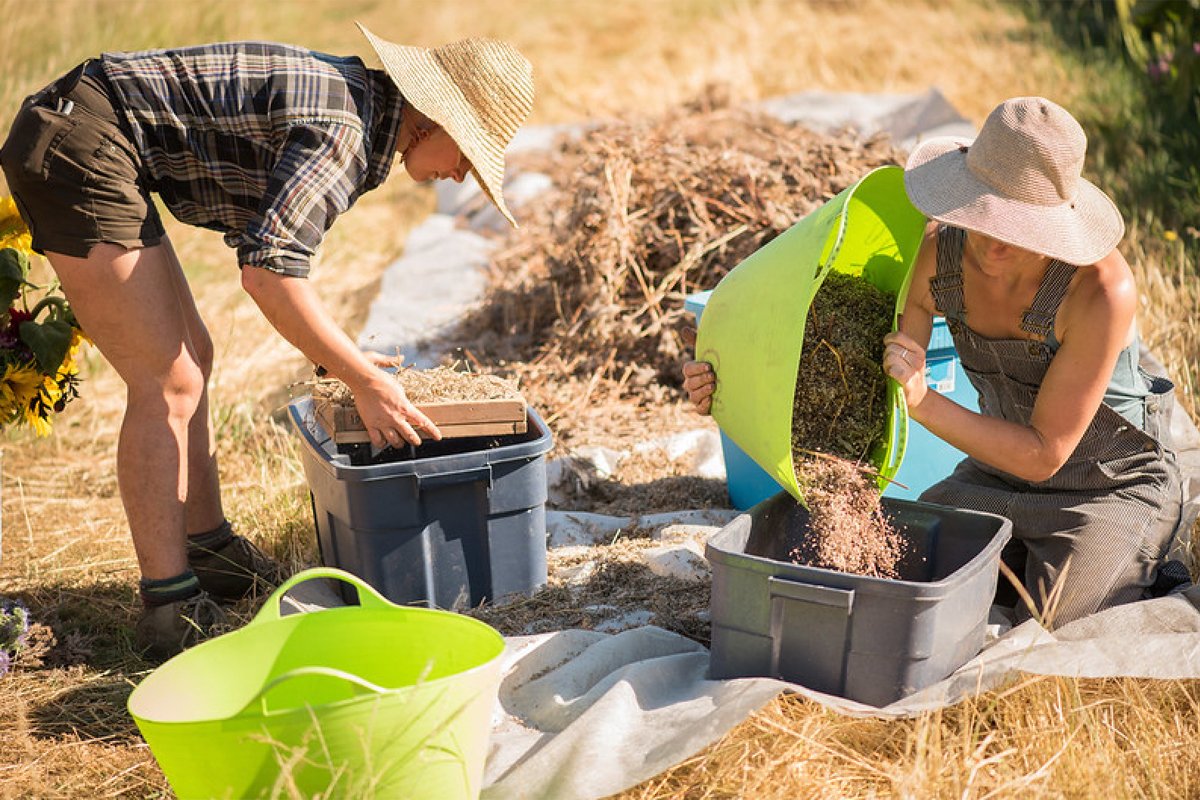 When Brian Campbell and Crystine Goldberg of Uprising Seeds in Bellingham, Washington, opened a letter from German multinational chemical company BASF, they were caught off guard.

The letter asserted the company’s patent rights associated with a long list of vegetable types and said that “unlicensed or unauthorized use” of BASF technology and/or germplasm is a violation of the company’s intellectual property rights. The descriptions ranged from tomatoes “having pink fruits” to the more broad “drought tolerant plants” and “onions with high storage ability.”

And while the letter didn’t actually accuse Campbell and Goldberg—whose company made under $500,000 in sales in 2019, compared to BASF Group’s $69 billion—of violating BASF’s IP rights, it did sound threatening to them.

“It’s surprising that we would receive this letter unprompted,” said Brian. And yet, he and his partner are all too familiar with the dominant seed players. In fact, the couple started growing and selling regionally adapted, organic seed in 2007 in an effort to create an alternative to the highly consolidated global industry. They saw how the largest firms were prioritizing the interests of shareholders at the expense of the public good.

Campbell and Goldberg viewed this letter as part of a concerted effort on the part of BASF to intimidate farmers who breed, grow, and sell seed. The letter underscores the power afforded to these companies through patent law, a profoundly flawed system that allows multinationals to claim they have “invented” particular plants.

Uprising Seeds has never done business with Nunhems, the vegetable seed arm of BASF, and the fourth largest vegetable breeding company in the world. BASF acquired Nunhems just last year after Bayer divested the vegetable seed brand to win government approval for its takeover of Monsanto (Monsanto’s other brand, Seminis, is number one in vegetable seed sales globally). Overnight, BASF became a major player in the vegetable seed business, having gained over 2,500 varieties across 24 crops.

BASF’s letter to Uprising Seeds wasn’t an isolated incident. BASF confirmed for our organization, the Organic Seed Alliance, by email that these letters are sent annually to “a large number of U.S. seed companies”—including Adaptive Seeds, Fruition Seeds, Hudson Valley Seed Company, Nature and Nurture Seeds, Johnny’s Selected Seeds, and Siskiyou Seeds—to make them aware that most of its varieties are protected by utility patents. 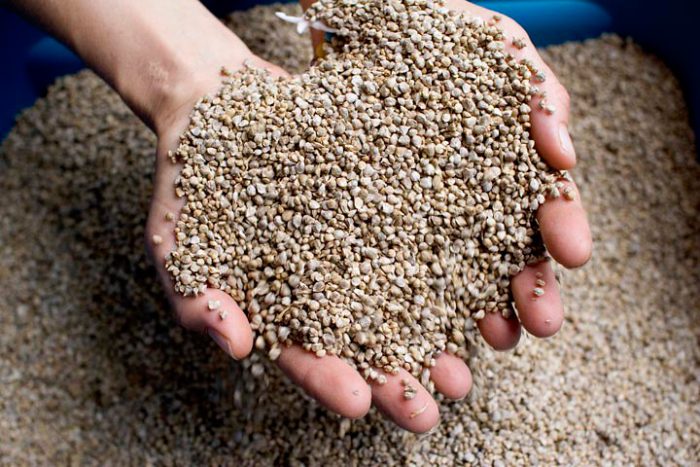 Why send letters to small seed companies serving a different market? Monsanto’s pursuit of its customers who save its patented seed is widely known, resulting in hundreds of lawsuits and too many farm bankruptcies. But Uprising Seeds isn’t a customer of BASF; they’ve never grown their seed.

The short answer is that enforcing patents on a self-replicating organism is an expensive and complicated endeavor. Instead of enforcing their patents, these companies are working to cultivate fear among small seed producers. And, if it works, it could have dire consequences for innovation, independence, and food security.

Why Should We Care About Patents?

Once largely managed as a public resource—and a part of our collective commons—seed is now one of the most privatized resources on the planet. There are two sides to this privatization: intellectual property (IP) rights and market concentration, and they reinforce one another. Four transnational firms control more than 60 percent of the global seed marketplace. These firms are afforded this level of power through laws and policies that uphold highly restrictive IP rights.

BASF’s legal right to send Uprising Seeds that letter is granted by the U.S. Patent Act, giving the company exclusive ownership and enforcement rights over their protected claims. Utility patents give patent holders far-reaching control, including power over who has access to their protected products and how they’re used.

So, an independent plant breeder or small company like Uprising Seeds could develop their own variety of, say, a pepper that exhibits the same traits as those listed in one of the BASF patent applications without actually using any genetic material from the company’s protected varieties. Plant diversity is extensive enough to make it possible to develop similar varieties that could technically infringe on patent claims for particular, yet broad, traits.

Seed is now one of the most privatized resources on the planet: Four transnational firms control more than 60 percent of the global seed marketplace.

The intersection here isn’t hypothetical. Frank Morton, an independent plant breeder in Oregon, had spent years breeding a lettuce variety on his farm that has red leaves to its core. He soon discovered that Rjik Zwaan, a large vegetable seed company based in the Netherlands, had a patent on “red lettuce,” which was described as lettuce with “red leaves throughout the head, including the heart.”

Similarly, Irwin Goldman, a carrot breeder at the University of Wisconsin-Madison, was working on a red carrot variety for more than a decade when he learned that Seminis was seeking a patent for “carrots having increased lycopene content” (which translates to very red carrots).

Although the patent owners didn’t take action against Morton and Goldman, there are other, more subtle and insidious consequences of utility patents to consider, including slowing or even stopping development of certain varieties and crop types.

Take, for example, the patents on “bean-nut popping beans,” a type of bean that originated in the Andes region of South America at high altitudes and in warm climates. These beans are commonly found in Peru and Bolivia, where they are called “nuñas” and sold on the streets like popcorn.

The patents claim any variety of popping beans that are adapted for northern climates, or those climates with a growing season shorter than 100 days. The patents also claim any bush beans adapted to flower “when day lengths are greater than or equal to 13 hours.” The process of developing such a northern climate bush bean is also claimed, ultimately disallowing anyone else from breeding for these same qualities, even if they arrive at the desired trait using a different selection process. Already a broad sweeping patent of the “leaves, stem, pollen, plant cells and seed” are included in the claim. The patents also claim all nuña beans in the USDA Plant Introduction Collection. 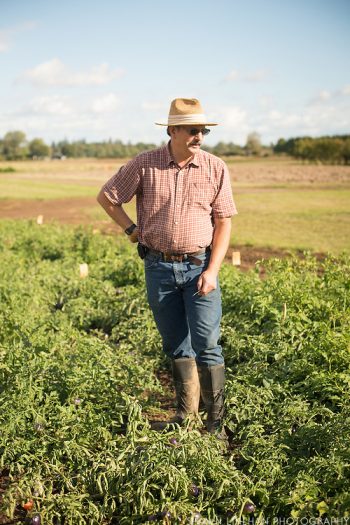 Oregon State University (OSU) plant breeder Jim Myers had developed a North American-adapted popping bean that he was ready to release when he accidentally stumbled upon the patent while teaching a student how to search the U.S. Patent Office database. This meant that the public breeding work he’d been doing for years, along with two other breeders at Colorado State University and University of Wisconsin, was infringing on this patent, as the entire plant had been claimed as an invention by Inland Empire Foods, Inc.

With this knowledge, all three breeding programs shelved their projects and never released their popping bean varieties. And get this: neither did the patent owner. This example demonstrates how utility patents can lock up plant genetics—in this case culturally important crops—for decades, halting access and opportunity to further adapt these crops to changing climates and societal needs.

Beyond the unethical aspect of awarding utility patents for living things, the broad nature of utility patents, as just described, are decidedly unjust. Many patents claim ownership over the methods used to develop a plant as well as the genetic traits within and progeny produced. Indeed, BASF’s letter provides a litany of examples demonstrating this effort to patent not only a finished variety, but the genes contained within. Some of those genes exist naturally in the plant world, such as the ones that create drought tolerance in a plant.

In essence, seed companies like BASF are claiming credit for thousands of years of co-evolution between plants and humans, and claiming control over our ability to feed ourselves.

Uprising Seeds received the BASF letter in the midst of soaring demand for seed driven in part by panic over food supply chain disruptions and food insecurity caused by the pandemic. That same week, the United Nations projected severe global food insecurity to double because of COVID-19.

Communities of color have been most acutely impacted by this food insecurity. COVID-19 has exposed deep and rampant inequality and structural racism in the food system. Organizers across the country, including Leah Penniman of Soul Fire Farm, are calling for the redistribution of land and resources to help aspiring BIPOC farmers feed themselves. Seed sovereignty is key to this shift. 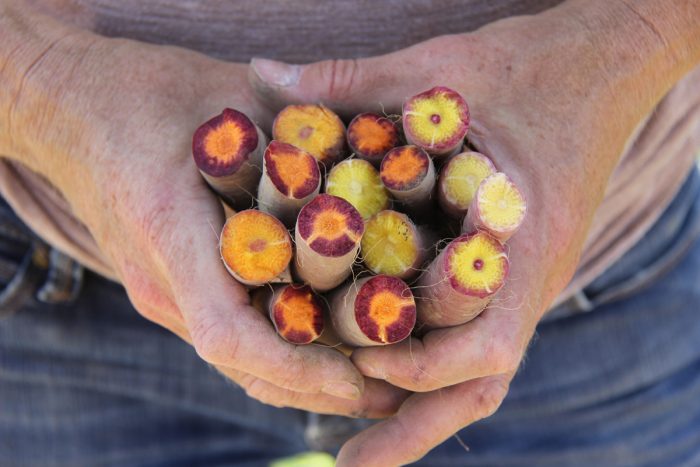 Restricting people from continuing our co-evolution with plants for food security is an attack on current and future generations. We have seen, in the last 100 years, a complete shift in the management of seed as a public resource to one that is largely privatized. Organic Seed Alliance and others have raised the alarm throughout the last decade about the consequences of utility patents on seed.

“The many small seed companies, breeders, seed keepers, and gardeners nurturing seed resiliency  must be protected from the legal flex of the companies capitalizing off of our natural resources.”

The erosion of public plant breeding programs has been the canary in the coalmine. And utility patents on the kinds of broad plant traits included in the BASF letter point toward the potential privatization of all seed. And if that happens, it’s not just organic seed breeders and farmers who would be impacted. The concentrated ownership of seed affects all growers and eaters.

There are still many small seed companies, breeders, seed keepers, and gardeners throughout the U.S. creating an alternative. They are nurturing resiliency and must be protected from the intimidation tactics and legal flex of chemical giants capitalizing off our natural resources.

Organic Seed Alliance has launched the Seed Patent Watch project in order to help craft policies that allow seed stewards to protect themselves, and take actions against utility patents.

It’s not too late to fight the privatization of this important living natural resource. Now is the time to stand up for our collective right to save, breed, and plant seeds—and to feed ourselves independent of multinational companies like Bayer and BASF.

Cathleen McCluskey is the outreach director for Organic Seed Alliance, an organization that advances seed systems that are democratic and just, and support human and environmental health. Learn more at www.seedalliance.org. Read more >

Kristina "Kiki" Hubbard is the director of advocacy and communications for Organic Seed Alliance, an organization that advances seed systems that are democratic and just, and support human and environmental health. Learn more at www.seedalliance.org. If you have received a letter from a global seed company notifying you of their utility patents on seeds, please email kiki@seedalliance.org and let her know. Read more >