Photoessay: On the Front Lines of Fire with Wine Country Farmworkers

Already at risk due to COVID, farmworkers are laboring during historic wildfires, facing smoke, fire, and heat hazards. 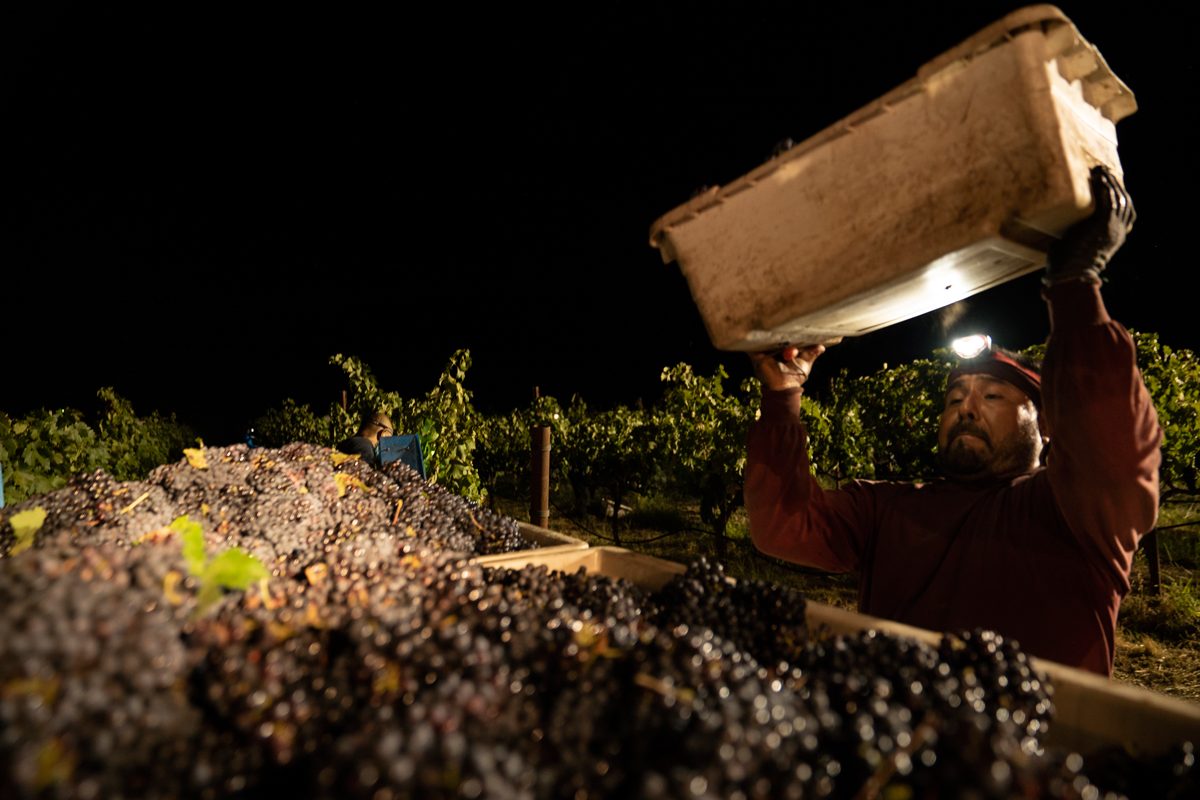 In late August, a supervisor drove a team of 13 vineyard workers through road closures and into an evacuation zone to harvest grapes late at night. As they picked, an orange glow could be seen on the horizon. The second-largest wildfire in California history burned just one mile away.

The wildfires, which have so far collectively burned more than 1.6 million acres in Northern California, sparked right at the beginning of Sonoma County’s grape harvest. And they’re adding to the hazards already faced by some of the country’s poorest and least visible laborers. Vineyard workers, who are largely undocumented immigrants, have long been exposed to pesticides, physical and sexual assault, and wage theft. Now, 2020 has added to that list increased risk of coronavirus exposure as well as wildfires, smoke, and a series of record-breaking heat waves.

“It’s important to acknowledge this particular historical moment and how it’s impacting undocumented workers in light of the COVID pandemic,” says Gabriel Machabanski, associate director of the Graton Day Labor Center, a workers’ rights organization in Sonoma County. “Since March, there has been so little work for low-wage workers such as day laborers and seasonal farmworkers; the current situation lends itself, more so than usual, to exploitation by employers.”

The Walbridge fire has burned nearly 55,000 acres as of the beginning of September, and led emergency officials to evacuate thousands of residents. But, in an effort to protect local agricultural products, the Sonoma County Agricultural Commission allowed many employers and their workers to reenter evacuation zones to complete agricultural work. Since the fires began August 17, the county’s agricultural commissioner Andrew Smith has issued almost 300 permits.

However, many vineyard workers have not been provided the personal protective equipment they need to stay safe.

“We are hearing from our workers that employers are giving them surgical masks or requiring them to get their own masks,” says Machabanski.

Legislation passed last year mandates growers provide N95 or equivalent masks if the Air Quality Index is over 150, a threshold passed in Sonoma County many times in the past two weeks.

“[Farmworkers] are upset and indignant, but they still have to make that decision between health and economic sustenance,” Machabanski says. “They have to make the decision of staying home and protecting families health, or go out to work in highly dangerous and risky situations.”

Civil Eats spent a night in the fields with these workers to document the conditions they encountered. 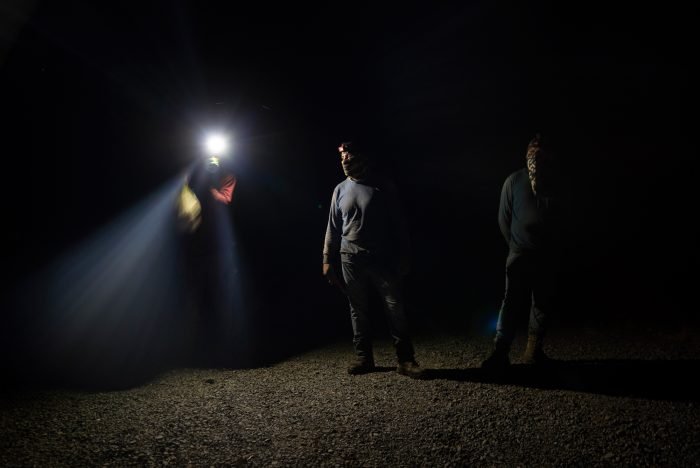 Latinx people make up 25.6 percent of Sonoma County’s population, but account for 52 percent percent of all coronavirus cases. Due to the close quarters in which vineyard workers live, commute, and work, they are a particularly vulnerable population for contracting the virus. 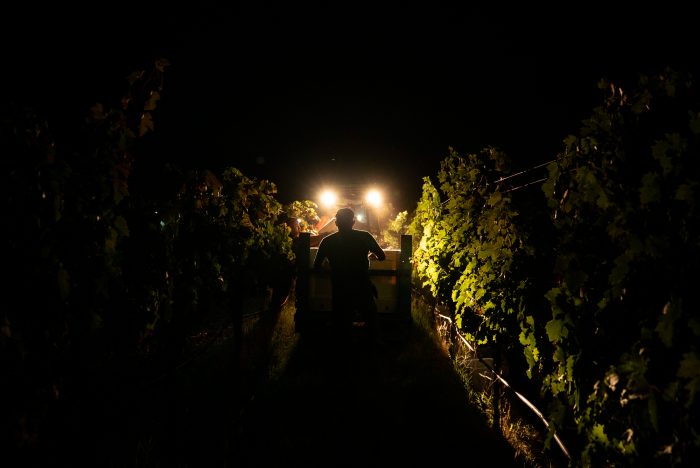 Even if the flames don’t reach winemakers’ property, “smoke taint” can ruin their crop with an ashy taste that is hard to remove. For this reason, over the past couple weeks, vineyard workers have been called in for emergency picks to get grapes off the vine before they are irreversibly damaged. 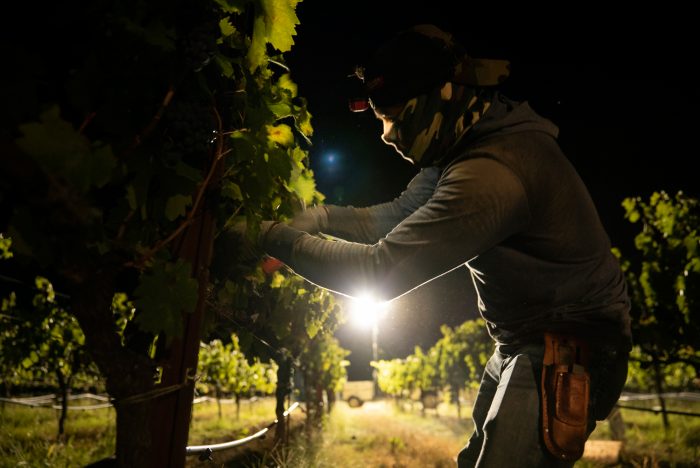 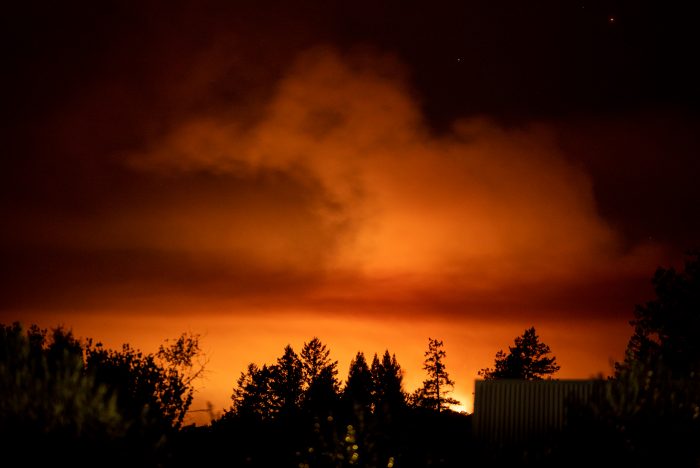 The Walbridge Fire burned one mile away from farmworkers as they picked in the vineyard. The Walbridge Fire, which was started by a rare summer lightning storm, has burned nearly 55,000 acres and destroyed 126 homes. 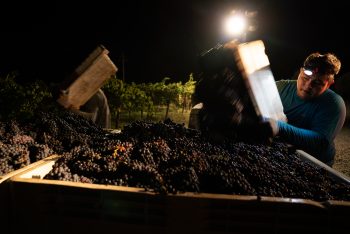 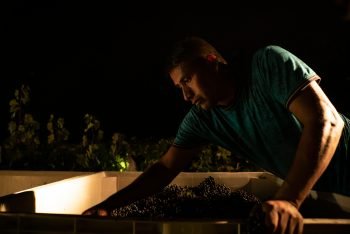 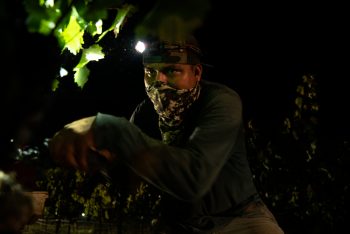 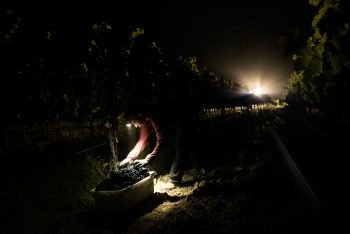 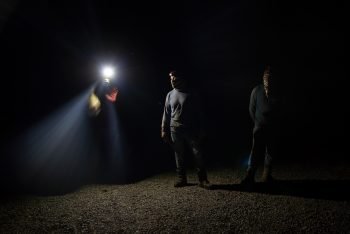 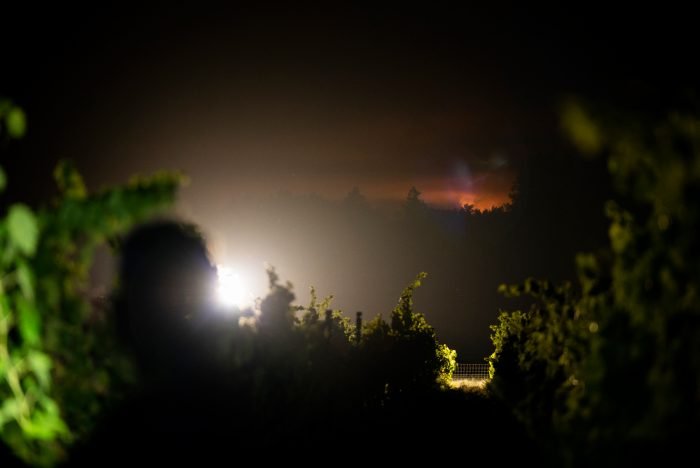 Vineyard workers harvest grapes at a winery in Sonoma County’s Dry Creek Valley as the Walbridge Fire burns one mile away. Vineyard workers, who are often exposed to environmental hazards, like pesticides, are now facing a pandemic that they are disproportionately affected by, wildfires, smoke, and a heat wave. 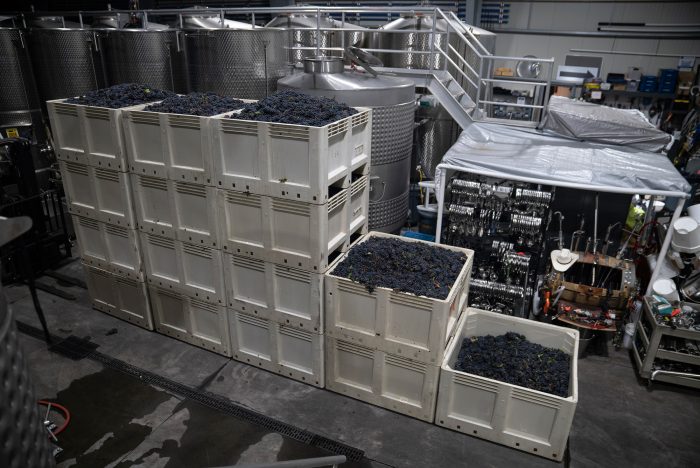 Over the course of four hours, the team of 14 vineyard workers harvested 10 tons of grapes (20,000 pounds).