Miyoko Schinner is building on her 30-year career of vegan cooking and entrepreneurship to bring dairy-free cheese and butter to the masses. 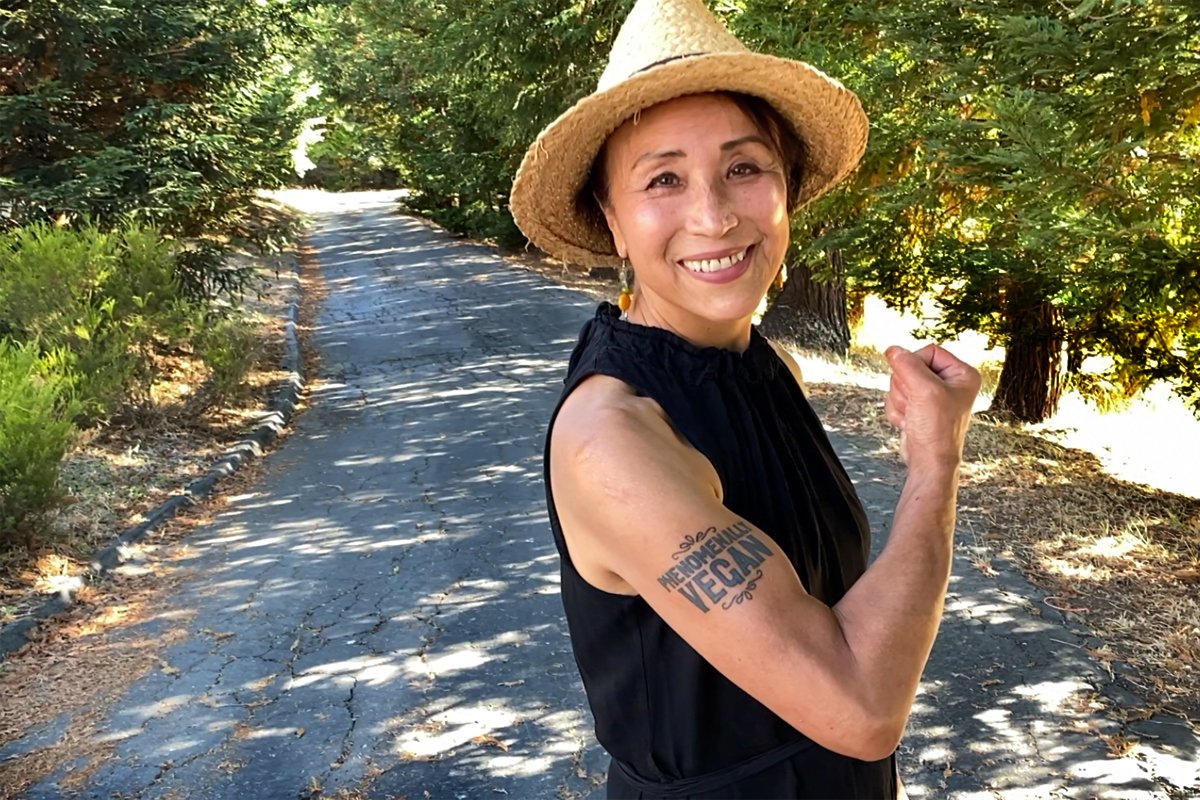 “The end of meat is inevitable,” says Miyoko Schinner, who is on a mission to end animal agriculture. Schinner, a chef, cookbook author, and founder and CEO of dairy-free cheese brand Miyoko’s Creamery, wants to change people’s perception of farm animals, “so that we start seeing them not as food or commodities, but as individuals who have lives of their own . . . [and] to create a more sustainable and more compassionate food system.”

A vegetarian since age 12, Schinner became vegan in the 1980s, taught vegan cooking classes in the 1990s, published her first vegan cookbook in 1991, and opened the vegan restaurant Now and Zen in San Francisco in 1994. Along the way, she launched a number of vegan food brands, and co-hosted the PBS cooking show, Vegan Mashup, but says that none of her businesses really took off; she faced multiple business “disasters,” where everything she touched “turned to dust.”

Making vegan cheese became her life’s mission. “It was on my bucket list; at some point, I was going to figure out how to make great vegan cheese and be able to enjoy a glass of wine with a cheese platter,” says Schinner, who started Miyoko’s Creamery in 2014, and earned $50,000 in orders the first weekend it launched.

It took off from day one, she says, because “vegans really, really wanted cheese.” And she’s not targeting just vegans; she wants to convince omnivores and flexitarians who say they’d absolutely go vegan—if they didn’t have to give up cheese. “We live in a culture that puts cheese on absolutely everything,” says Schinner. “People say ‘cheese makes everything better.’ It’s really, really hard to ask people to give up a food they really love.”

The pandemic has put a spotlight on an already booming plant-based market, as companies have warned of potential meat shortages, COVID-19 cases at meat processing facilities have continued to soar, and some are drawing a connection between intensive animal agriculture and COVID-19. Schinner says the pandemic will have a long-lasting impact on how people interact with food. “We all have to remember that COVID-19 is a zoonotic disease,” she says. “When we force animals to live in close confinement, in an unnatural setting, they’re going to get sick, and we’re going to get sick.”

And Miyoko’s Creamery stands to gain from the shift. The cashew-based artisanal cheese wheels, mozzarella, cream cheese, and cultured butter are already available at more than 16,000 retail stores, including mega-stores Costco and Walmart (some products are oat-based, and a new, lower-priced line will be nut-free, made from legumes and vegetables). As a woman of color, Schinner is a rarity in the white, male-dominated “food-tech” sector, raising more than $12 million from heavyweight investors, including Ellen Degeneres. The Petaluma, California-based operation has an estimated annual revenue of between $20 million to $50 million, more than 150 employees, and the business has doubled ever year over the past few years. 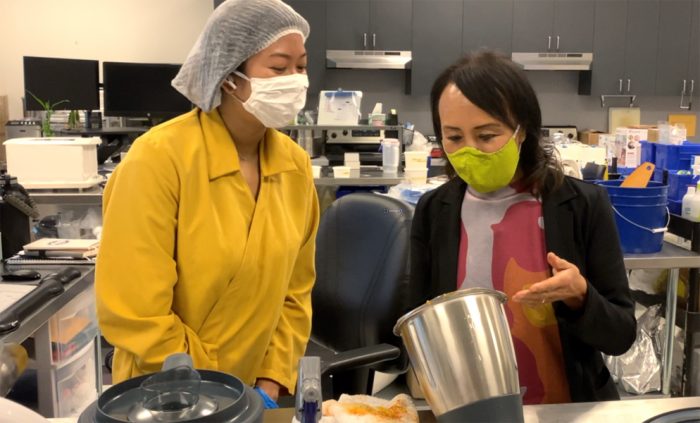 Schinner also now has a big legal win in her back pocket, which could serve as a bellwether for other plant-based products currently facing legal labeling challenges nationwide. After being told by the California Department of Food & Agriculture to drop the terms “butter,” “lactose-free,” “hormone-free,” and “cruelty-free” from its vegan butter, a U.S. District Court recently ruled in the company’s favor, allowing it to use the term “butter,” lactose-free,” and “cruelty-free” on its products.

While she prides herself on making products from whole, organic foods without additives, and doesn’t want to eat genetically modified foods (or GMOs) herself, Schinner says that if GMO foods help some people eat less meat, she’s all for it. The debate over the use of GMOs in plant-based products has been a hot topic, with some advocates pushing back on the idea that “fake meat will save the world.”

Recently, Lightlife, which started making old-school vegan hot dogs, bacon, and other products in 1979, published an open letter in The New York Times and The Wall Street Journal calling out Impossible Burger and Beyond Meat for using GMOs and additives. “Enough with the hyper-processed ingredients, GMOs, unnecessary additives and fillers, and fake blood,” the letter read.

Beyond cheesemaking, Schinner, a self-proclaimed radical, has been a vocal opponent of ranching in nearby Pt. Reyes National Seashore, to the concern of the local ranching community, although says she has tried to engage ranchers in conversation. But there are many people engaged in pasture-based, high-welfare ranching who don’t see removing animals from the land as a viable environmental option.

To that end, she wants to work with farmers to help them transition away from raising livestock, along with animal rights advocacy group Mercy for Animals, although the program has been impacted by the pandemic. She believes the shift will benefit animals and the environment, while boosting farmers’ economic outlook.

At her animal sanctuary, Rancho Compasión, located at her homestead in West Marin, Schinner has rescued around 70 animals, including cows, pigs, chickens, goats, sheep, geese, and donkeys. Her goal is to “take these beautiful, sentient beings that have lives of their own out of the food system, to let them return to the lives they were meant to live.” 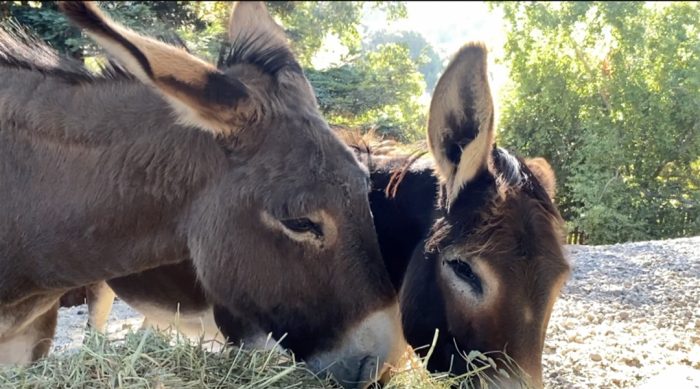 Schinner envisions a future food system that doesn’t include animals. She hopes humans can evolve to “become more caring, compassionate people who care about others—not just other people, but animals as well.” And she plans to spend the rest of her life, “fighting for their rights to life, liberty, and the pursuit of happiness.”