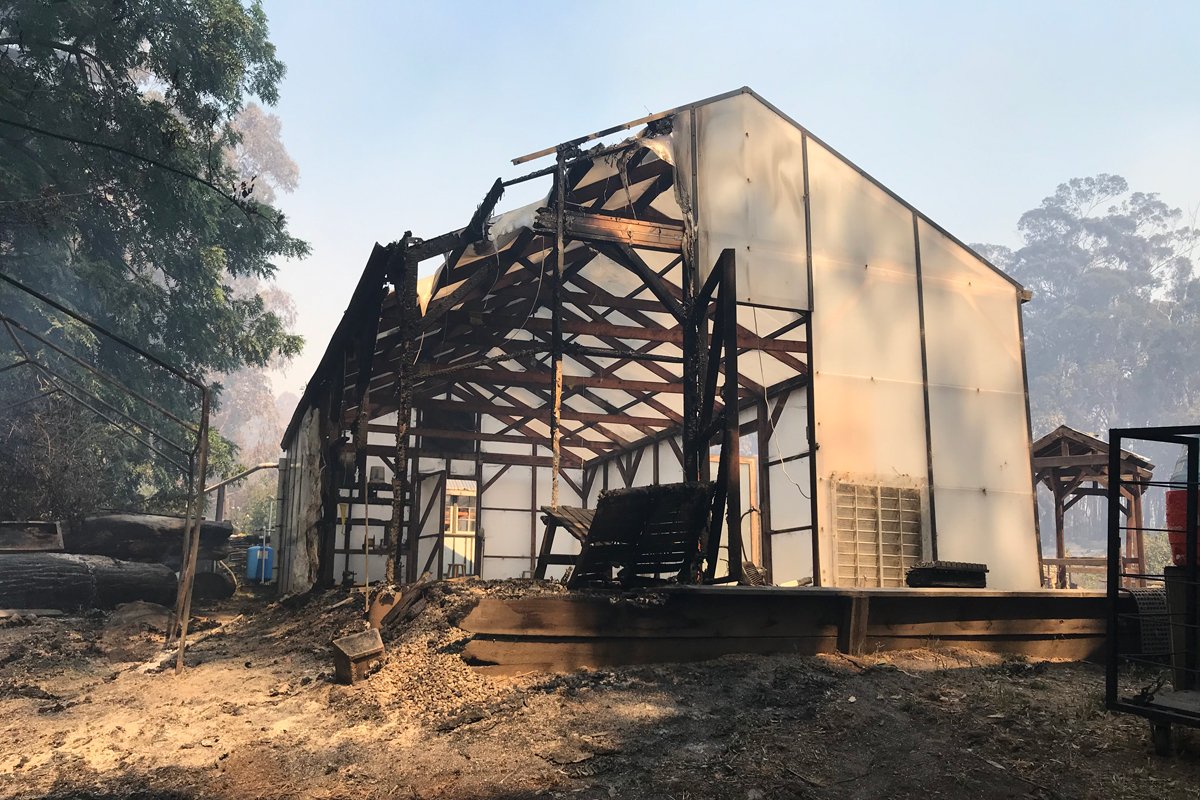 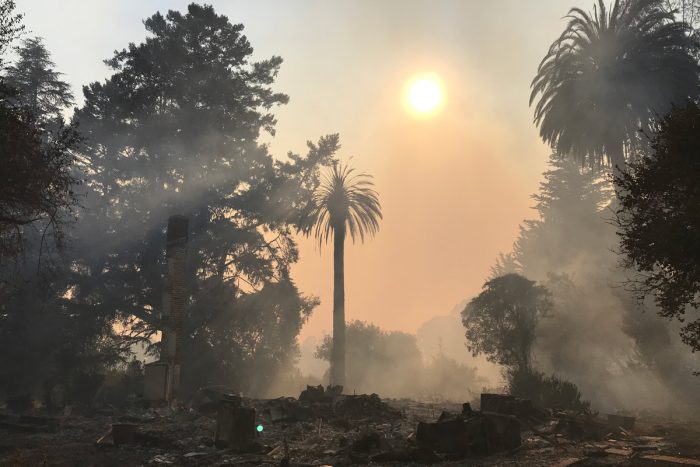 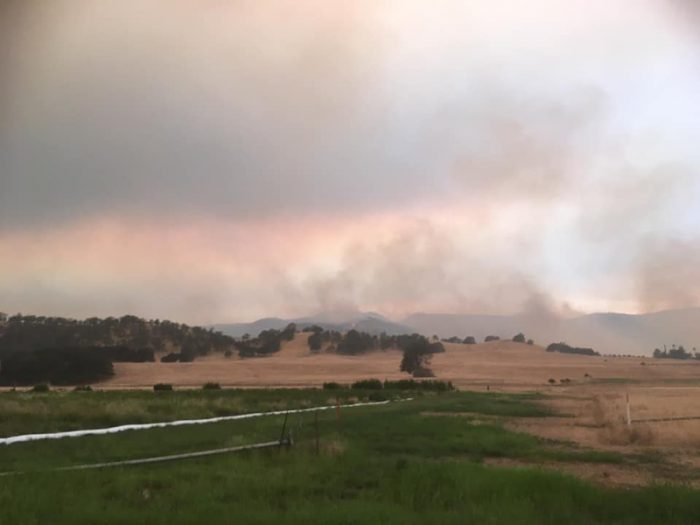 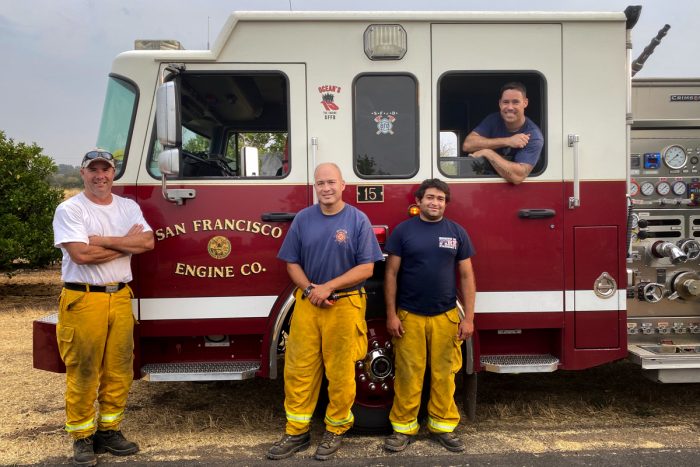 Top photo: A barn at Pie Ranch in Pescadero that burned during the 2020 California wildfires. (Photo credit: Jered Lawson)