After the meatpacking giant purchased a bankrupt facility in Colorado to convert it to beef processing, Western ranchers worry about further consolidation of an already fraught business. 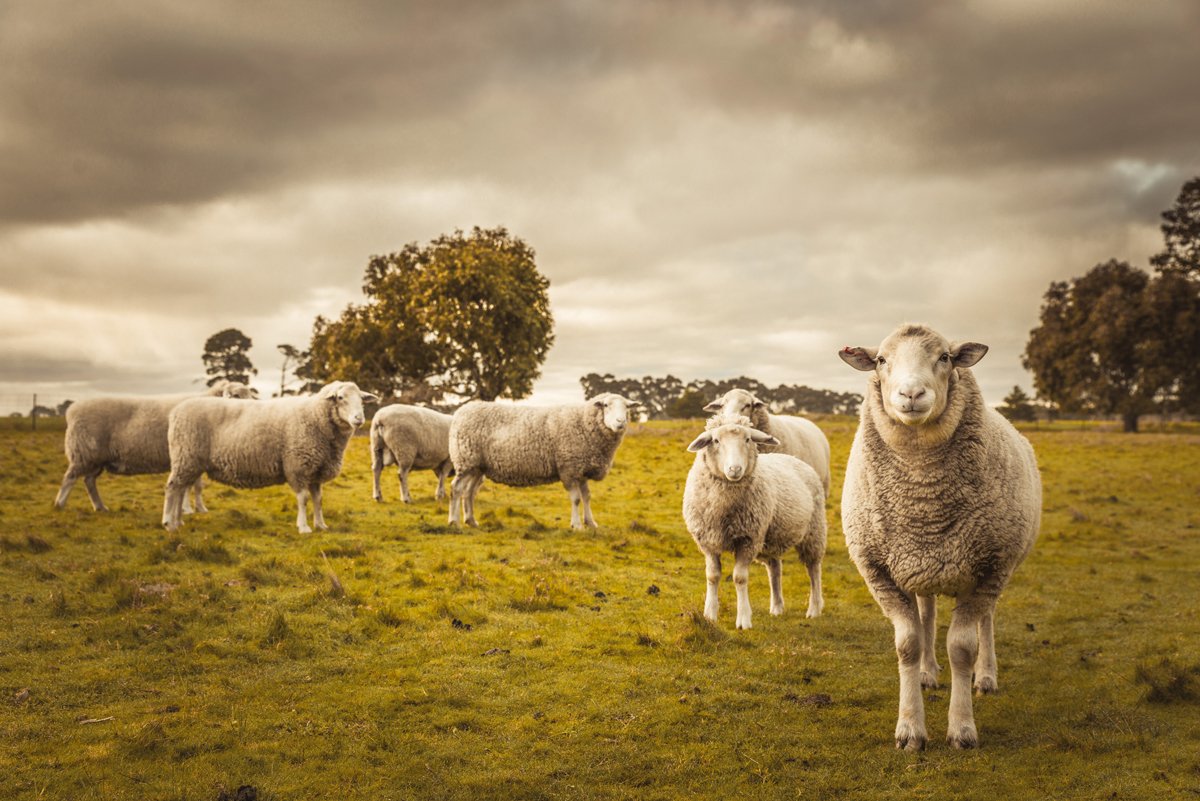 October 22, 2020 update: After the Department of Justice’s 30-day standstill order, JBS closed the Mountain State Rosen lamb plant and began converting it into a beef processing facility as planned. It does not appear that the DOJ opened an investigation the acquisition. A Colorado family will reopen a lamb processing plant in San Angelo, Texas to serve ranchers who relied on the MSR plant.

In a few weeks, many Western sheep ranchers might not have a place to slaughter their lambs.

Global meatpacking giant JBS last month won the bankruptcy auction for the Mountain State Rosen (MSR) lamb processing plant in Greeley, Colorado. The plant, formerly owned by a cooperative, processed as much as one-fifth of all U.S. lamb, and served ranchers from 15 states. The plant also directly competed with JBS, which imports lamb to sell in the United States.

JBS planned to immediately shut down lamb processing and convert the facility to process beef, threatening U.S. sheep ranchers already leveled by COVID-19. After a rancher and 12 Republican senators and House members sent letters to the executive branch urging antitrust action, the Department of Justice (DOJ) last week issued a “standstill” order preventing JBS from closing or converting the plant for 30 days, according to sources familiar with the deal.

However, it remains to be seen whether the DOJ will conduct a full investigation or whether the plant can be meaningfully revived. Meanwhile, ranchers are struggling to find processing alternatives ahead of the annual autumn increase in lamb purchasing. A glut of slaughter-ready lambs could collapse prices.

“It’s going to devastate the ranch economy,” says Joe Maxwell, co-founder of the Family Farm Action Alliance. “No single event better demonstrates the harms of concentration, and no single event will have greater economic harm than JBS’s actions to take this plant offline.”

Today, there are just more than 5 million commercial sheep in the United States, down more than 90% from a peak of 56 million in 1942. Herds fell by half when demand for wool and lamb collapsed after World War II, and the industry shrunk further through the ‘60s and ‘70s as consumers swapped wool for synthetic fibers and lamb for industrialized beef, poultry, and pork.

The few remaining sheep ranchers face immense price pressure from consolidated packers and growing imports. Between 1980 and 2005, the number of packers, plants, and auction houses buying sheep fell by 70% largely due to mergers, acquisitions, and plant closures. By 2005, just four firms processed 70% of all federally inspected lamb, with even larger degrees of regional concentration.

“We’ve seen the market basically go away. You used to have 10, 12, 15 packing houses – now you have four or five,” says sixth-generation rancher Carson Jorgensen. “The best way for me to explain it is there isn’t really a market … For the sheep industry, it is a price – take it or leave it.”

On top of packer consolidation, in the 1990s a strong U.S. dollar allowed multinational packers to make more money by importing lamb from Australia and New Zealand than by processing lamb in the United States. Between 1990 and 2005, these dynamics and successful marketing campaigns helped Australian and New Zealand products grow from just 10% of U.S. lamb consumption to nearly half. JBS is one of the largest lamb importers, if not the largest.

“You’ve had this dynamic going on. Constant downward pressure on price through the imports, and constant downward pressure on price due to concentration,” explains Maxwell. “The tragedy of JBS here is they are not threatened at all by shutting down a lamb plant … because they’ll just bring in foreign product. It works very well in their best interest.”

JBS actually owned the Greeley lamb plant for nearly a decade before selling it to MSR in 2015, said Frank Moore, chairman of MSR’s board of directors. Until that point, the cooperative had leased half the Greeley plant to run a lamb fabrication business, buying slaughtered lambs from JBS to process into retail cuts.

Moore says the deal sought to give cooperative members more control over processing and marketing. “To move our cooperative forward and be sure that we could slaughter our members’ lambs and pay them when we said we would, we needed to have a little better control,” Moore said. “It was a stabilizing force.” MSR shared wastewater and steam services with JBS.

Moore says the co-op initially struggled to manage the facility and pay off its debts, but its financial situation was improving even up until it declared bankruptcy. A Canadian firm offered in early 2019 to buy the MSR plant and to continue to buy lambs from cooperative members. After nearly a year of deliberation and negotiation, the co-op reached a deal to sell the plant in January. But in February, JBS refused to share steam and wastewater treatment with the new owner, rendering the plant useless and sabotaging the deal.

Shortly thereafter, Moore says, the cooperative’s lender, CoBank, a federally backed entity dedicated to supporting cooperatives, became unexpectedly aggressive in collecting debts. “CoBank worked with us very well for a long time as a cooperative – that’s their mandate,” Moore says. “When JBS showed an interest in our plant, they stopped working with us that day.”

Just as restaurants began to shut down in March because of COVID-19, CoBank sent a letter demanding that MSR liquidate its assets, and it declared bankruptcy. Moore and other MSR board members made a last-ditch effort to buy the plant by forming a new business, Greeley Fab. But JBS outbid Greeley Fab at the bankruptcy auction. A judge approved the $14.25 million transaction, which was not large enough to trigger antitrust review, and JBS announced plans to convert the plant to process beef.

More than 200 people who worked at the MSR plant lost their jobs, though a JBS spokesperson said all workers can apply for new jobs with JBS. In a statement sent to Food & Power, a JBS spokesperson said, “We proactively worked with Mountain States Rosen to ensure there would be no disruption to U.S. lamb producers as operations were discontinued. We recently offered to lease back the facility to the former owners for 90 days to ensure continuity for local producers.”

But Moore says this offer was both impractical and short-sighted. “Three months didn’t solve the problem; this is a long-term supply issue,” Moore explained. “The suggestion rings pretty hollow.”

Jorgensen and Moore say lamb ranchers are scrambling for alternatives, even looking for old plants to buy and bring online. Many specialty and smaller-scale meat processors are booked for months in advance because of COVID-19 supply chain disruptions.

Ranchers hope that a new Colorado plant, slated to open in September, can fill the gap. Unlike the MSR plant, however, this new facility can only process whole lambs, which are not as popular as retail cuts. “Everyone is saying this new plant will be the save-all end-all, but that’s not the case,” Jorgensen argues.

Jorgensen sent a letter urging Vice President Mike Pence to take antitrust action against the deal, which quickly prompted a dozen senators and representatives from Western states to send their own letter to Assistant Attorney General Makan Delrahim, asking the DOJ to open an antitrust investigation into the acquisition.

Jorgensen and sources familiar with the deal say that the DOJ ordered JBS to cease any changes to the plant for 30 days, but an investigation has not been announced. Moore has not been contacted by the DOJ regarding the issue.

In the meantime, Moore says that MSR’s customers are looking for new sources of lamb, MSR employees are looking for new jobs, and many ranchers are still left without options for processing. Even if the DOJ does require JBS to divest the plant, damage has already been done.

“We’ll have lambs with no place to go,” says Moore. “Customers looking for those lambs will have to look someplace else for product, and that’s where JBS comes back into the picture, because they can bring imported product in.”