Agroforestry Is Both Climate Friendly and Profitable | Civil Eats

Agroforestry Is Both Climate Friendly and Profitable

Incorporating trees into farmland benefits everything from soil health to crop production to the climate. Investors say it might also yields profits. 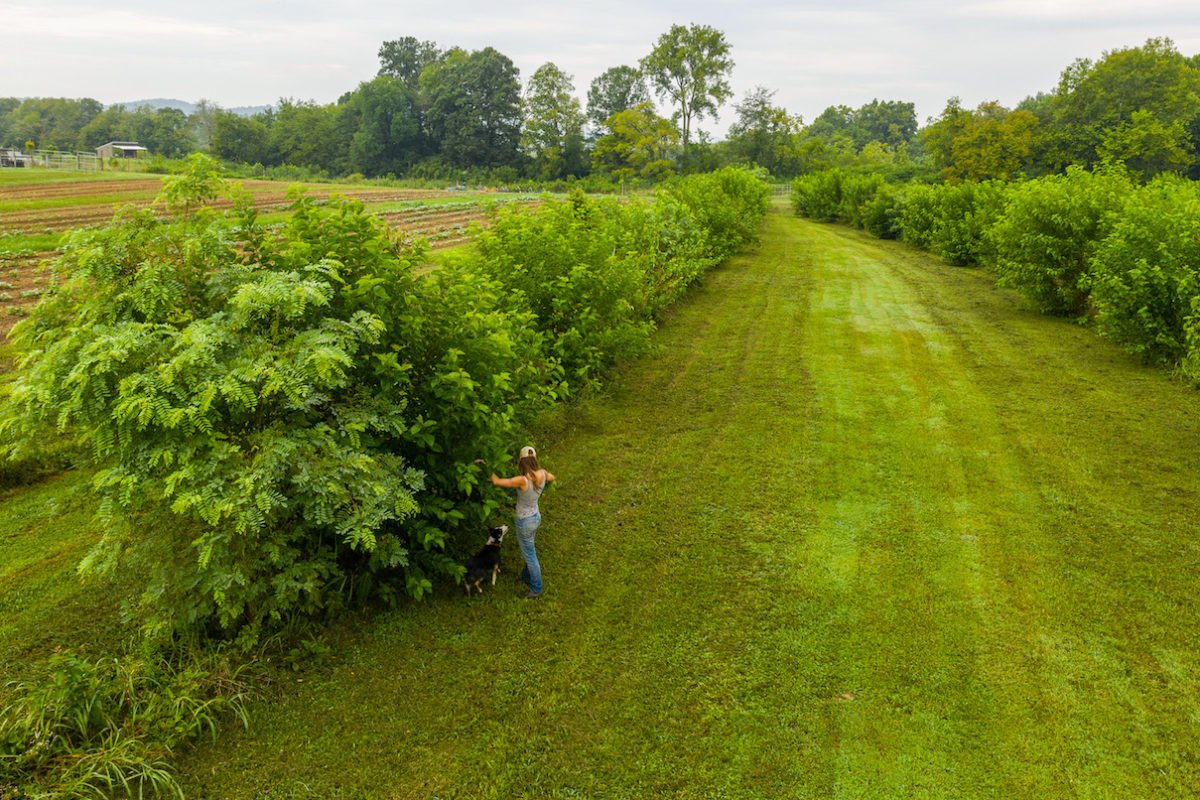 In the latter part of 2016, Ethan Steinberg and two of his friends planned a driving tour across the U.S. to interview farmers. Their goal was to solve a riddle that had been bothering each of them for some time. Why was it, they wondered, that American agriculture basically ignored trees?

This was no esoteric inquiry. According to a growing body of scientific research, incorporating trees into farmland benefits everything from soil health to crop production to the climate. Steinberg and his friends, Jeremy Kaufman and Harrison Greene, also suspected it might yield something else: money.

“We had noticed there was a lot of discussion and movement of capital into holistic grazing, no till, cover cropping,” Steinberg recalls, referencing some of the land- and climate-friendly agricultural practices that have been garnering environmental and business attention recently. “We thought, what about trees? That’s when a lightbulb went off.”

Propagate quickly started attracting attention. Over the past two years, the group, based in New York and Colorado, has expanded into eight states, primarily in the Northeast and Mid-Atlantic, and is now working with 20 different farms. Last month, it announced that it had received $1.5 million in seed funding from Boston-based Neglected Climate Opportunities, a wholly owned subsidiary of the Jeremy and Hannelore Grantham Environmental Trust.

“My hope is that they can help farmers diversify their production systems and sequester carbon,” says Eric Smith, investment officer for the trust. “In a perfect world, we’d have 10 to 20 percent of U.S. land production in agroforestry.”

For the past few years, private sector interest in “sustainable” and “climate-friendly” efforts has skyrocketed. Haim Israel, Bank of America’s head of thematic investment, suggested at the World Economic Forum earlier this year that the climate solutions market could double from $1 trillion today to $2 trillion by 2025. Flows to sustainable funds in the U.S. have been increasing dramatically, setting records even amid the COVID-19 pandemic, according to the financial services firm Morningstar. And while agriculture investment is only a small subset of these numbers, there are signs that investments in “regenerative agriculture,” practices that improve rather degrade than the earth, are also increasing rapidly.

In a 2019 report, the Croatan Institute, a research institute based in Durham, North Carolina, found some $47.5 billion worth of investment assets in the U.S. with regenerative agriculture criteria. 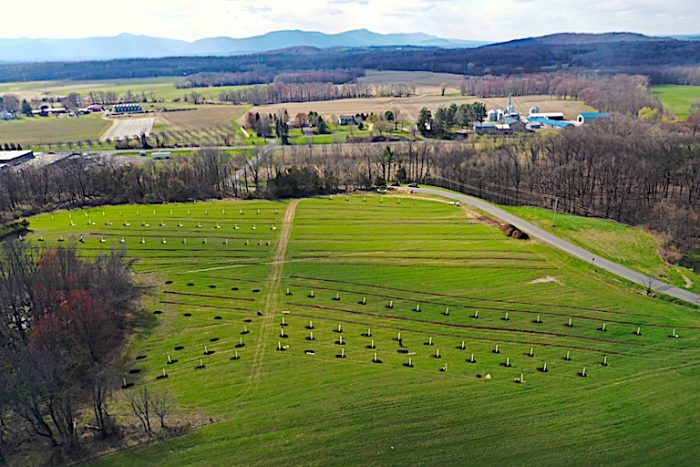 “The capital landscape in the U.S. and globally is really shifting,” says David LeZaks, senior fellow at the Croatan Institute. “People are beginning to ask more questions about how their money is working for them as it relates to financial returns, or how it might be working against them in the creation of extractive economies, climate change or labor issues.”

Agroforestry, the ancient practice of incorporating trees into farming, is just one subset of regenerative agriculture, which itself is a subset of the much larger “ESG,” or Environmental, Social and Governance, investment world. But according to Smith and Steinberg, along with a small but growing number of financiers, entrepreneurs, and company executives, it is one particularly ripe for investment.

Although relatively rare in the U.S., agroforestry is a widespread agricultural practice across the globe. Project Drawdown, a climate change mitigation think tank that ranks climate solutions, estimates that some 650 million hectares (1.6 billion acres) of land are currently in agroforestry systems; other groups put the number even higher. And the estimates for returns on those systems are also significant, according to proponents.

Ernst Götsch, a leader in the regenerative agriculture world, estimates that agroforestry systems can create eight times more profit than conventional agriculture. Harry Assenmacher, founder of the German company Forest Finance, which connects investors to sustainable forestry and agroforestry projects, said in a 2019 interview that he expects between 4 percent and 7 percent return on investments at least; his company had already paid out $7.5 million in gains to investors, with more income expected to be generated later.

This has led to a wide variety of for-profit interest in agroforestry. There are small startups, such as Propagate, and small farmers, such as Martin Anderton and Jono Neiger, who raise chickens alongside new chestnut trees on a swath of land in western Massachusetts. In Mexico, Ronnie Cummins, co-founder and international director of the Organic Consumers Association, is courting investors for funds to support a new agave agroforestry project.

Small coffee companies, such as Dean’s Beans, are using the farming method, as are larger farms, such as former U.S. vice president Al Gore’s Caney Fork Farms. Some of the largest chocolate companies in the world are investing in agroforestry.

“We are indeed seeing a growing interest from the private sector,” says Dietmar Stoian, lead scientist for value chains, private sector engagement and investments with the research group World Agroforestry, also known by the acronym ICRAF. “And for some of them, the idea of agroforestry is quite new.”

Part of this, he and others say, is growing awareness about agroforestry’s climate benefits.

Gains for the Climate, Too

According to Project Drawdown, agroforestry practices are some of the best natural methods to pull carbon out of the air. The group ranked silvopasture, a method that incorporates trees and livestock together, as the ninth most impactful climate change solution in the world, above rooftop solar power, electric vehicles and geothermal energy.

If farmers increased silvopasture acreage from approximately 550 million hectares today to about 770 million hectares by 2050 (1.36 billion acres to 1.9 billion acres), Drawdown estimated carbon dioxide emissions could be reduced over those 30 years by up to 42 gigatons—more than enough to offset all of the carbon dioxide emitted by humans globally in 2015, according to NOAA—and could return $206 billion to $273 billion on investment.

Part of the reason that agroforestry practices are so climate friendly (systems without livestock, i.e. ‘normal’ agroforestry like shade grown coffee, for example, are also estimated by Drawdown to return well on investment, while sequestering 4.45 tons of carbon per hectare per year) is because of what they replace.

Traditional livestock farming, for instance, is carbon intensive. Trees are cut down for pasture, fossil fuels are used as fertilizer for feed, and that feed is transported across borders, and sometimes the world, using even more fossil fuels. 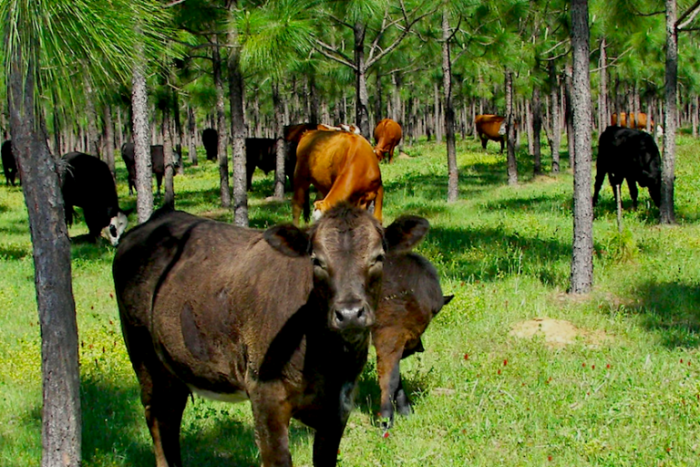 Livestock raised in concentrated animal feeding operations (CAFOs), produce more methane than cows that graze on grass. A silvopasture system, on the other hand, involves planting trees in pastures—or at least not cutting them down. Farmers rotate livestock from place to place, allowing soil to hold onto more carbon.

There are similar benefits to other types of agroforestry practices. Forest farming, for instance, involves growing a variety of crops under a forest canopy—a process that can improve biodiversity and soil quality, and also support the root systems and carbon sequestration potential of farms.

What a company considers “agroforestry” can also be squishy, she points out—a situation that makes her and other climate advocates worry about companies using the term to “greenwash,” or essentially pretend to be environmentally friendly without making substantive change.

He says he has seen cases in South America where people have worked to transform degraded cattle ranches into cocoa plantations. They have planted banana trees alongside cocoa, which needs shade when young. But when the cocoa is five years old and requires more sun, the farmers take out the bananas.

“They say, ‘It’s agroforestry,’” Konig says. “So there are misunderstandings—there are different objectives and standards.” 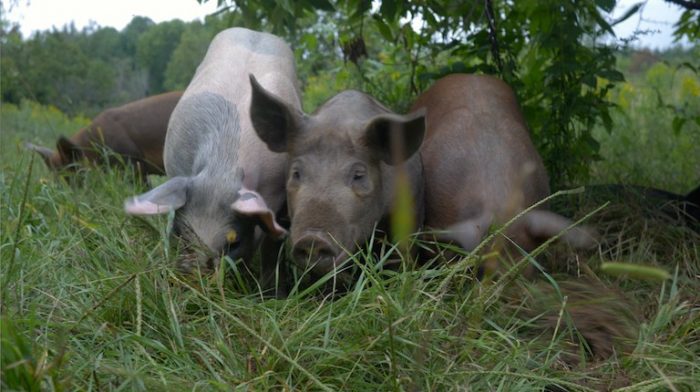 He has been working to produce a practical agroforestry guide for cocoa and chocolate companies. One of the guide’s main takeaways, he says, is that there is not a one-size-fits-all approach to agroforestry. It depends on climate, objectives, markets, and all sorts of other variables.

This is one of the reasons that agroforestry has been slow to gain investor attention, says LeZaks of the Croatan Institute.

“There really aren’t the technical resources—the infrastructure, the products—that work to support an agroforestry sector at the moment,” LeZaks says.

While agroforestry is seen as having significant potential for the carbon offset market, its variability makes it a more complicated agricultural investment. Another challenge to agroforestry investment is time.

Tree crops take years to produce nuts, berries, or timber. This can be a barrier for farmers, who often do not have extra capital to tie up for years.

It can also turn off investors.

“People are bogged down by business as usual,” says Stoian from World Agroforestry. “They have to report to shareholders. Give regular reports. It’s almost contradictory to the long-term nature of agroforestry.”

This is where Steinberg and Propagate Ventures come in. The first part of the company’s work is to fully analyze a farmer’s operation, Steinberg says. It evaluates business goals, uses geographic information system (GIS) components to map out land, and determines the trees most appropriate for the particular agricultural system. With software analytics, Propagate predicts long-term cost-to-revenue and yields, key information for both farmers and possible private investors.

After the analysis phase, Propagate helps implement the agroforestry system. It also works to connect third-party investors with farmers, using a revenue-sharing model in which the investor takes a percentage of the profit from harvested tree crops and timber.

Additionally, Propagate works to arrange commercial contracts with buyers who are interested in adding agroforestry-sourced products to their supply chains.

“Here’s an opportunity to work with farmers to increase profitability by incorporating tree crops into their operations in a way that’s context specific,” Steinberg says. “And it also starts addressing the ecological challenge that we face in agriculture and beyond.”

Stephanie Hanes is a journalist and the author of White Man’s Game: Saving Animals, Rebuilding Eden and Other Myths of Conservation in Africa. She teaches at Yale University’s School of the Environment. Read more >