Clif Bar, King Arthur Flour, Organic Valley, and others are providing university endowments to counter a system stacked in favor of conventional agriculture. 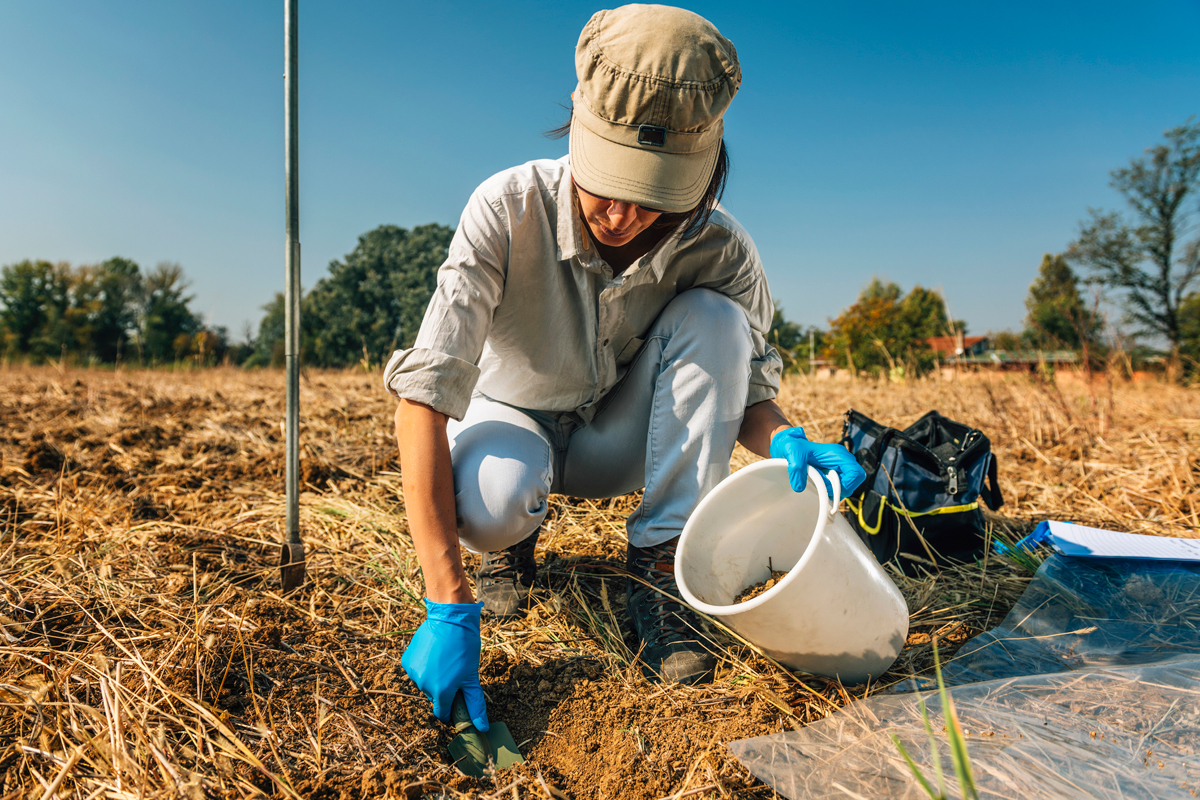 For almost 20 years, Stephen Jones developed wheat varieties for white commodity wheat flour, but he never liked it much. So when the Washington State University (WSU) researcher was offered the chance to move to Washington’s Skagit Valley 10 years ago, he gladly shifted gears. Jones founded The Bread Lab, a multi-disciplinary research center at WSU that works with local farmers, chefs and consumers to breed new organic wheat and barley varieties with higher yields, better taste, and more nutritional value. 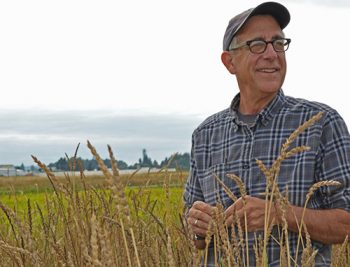 Jones doesn’t miss working with the commodity market. “I like the model of keeping value where it’s produced,” he told Civil Eats “If we grow wheat here, let’s use it here in a way that makes sense economically and environmentally.”

The Bread Lab recently produced the “approachable loaf,” a whole grain bread made with just seven ingredients that’s soft, sliced, and retails for no more than $6 anywhere in the country. Jones said he was inspired to create the bread after learning that people frequenting the Skagit Valley food pantry weren’t taking his lab’s artisanal loaves because they didn’t recognize it as bread—that is, it wasn’t soft, sliced, or packaged in a recognizable wrapper.

Since the pandemic began, the lab has stepped up its production of the approachable loaf, producing 10 times more than usual to help feed families in need, said Jones.

Jones’ practical research is supported in part by a novel $1.5 million endowment for organic agriculture research from Clif Bar & Company and King Arthur Flour. The endowment pays the lab’s managing director’s salary and provides Jones with a pool of discretionary funds. But more broadly, Jones says that the endowment “allows us to do unrestricted discovery. That is, we can go in directions that have no predetermined end. This is rare in today’s science.”

The endowment has become a lifeline to the Bread Lab since it lost its financial support from area restaurants, bakeries and chefs after coronavirus hit. then. “If we didn’t have the endowment, we wouldn’t be here,” said Jones.

Clif Bar is the most prolific funder in this space, but it isn’t alone. Companies like Organic Valley and King Arthur are also seeking to finance open-source, university research into organic seeds and plant varieties as a way of scaling up organic agriculture and to act as a counterbalance in a university research system awash in hundreds of millions of funding from companies like Bayer and Cargill. (Disclosure: Civil Eats has received financial support from the Clif Bar Family Foundation and Organic Valley in the past.)

These endowments are ever more critical as universities face collapsing revenues brought on by the pandemic, and many researchers brace for impending budget cuts.

Such efforts may help to overcome the barriers to expanding organic production in the U.S. while combating the outsized influence that conventional agribusiness has over agricultural universities and their affiliated cooperative extension services for on-farm education. That’s important for multiple reasons, from reducing the enormous environmental and health impacts associated with pesticide and synthetic fertilizer use, to diversifying plant breeds to better withstand climate change and drought, while also offering better nutrition. Many of today’s crops are bred for yield at the expense of all else, while research suggests that organic agriculture may be more resilient.

“Our goal is to try to develop a new generation of ag professionals to serve the maturation of the organic sector,” Matthew Dillon, senior director of government relations and agricultural programs at Clif Bar & Company, told Civil Eats. He emphasized that the importance of an endowment is that it says, “this research is so important that we’re putting a stake in the ground and we’re going to make sure there is funding in perpetuity for these programs.”

The pandemic is not slowing Clif Bar’s plans to continue funding university researchers. It expects to announce its fourth endowment by fall, according to Dillon, and recently celebrated the appointment of a research director to California’s new organic agriculture research institute.

Lack of Organic Seeds and Breeds

One big barrier to expanding organic production is the limited number of high-quality, high-yielding organic seeds and plant varieties available for farmers.

“For a lot of crops, [especially fruit and vegetables], we don’t have breeds that were made for organic. We’re using conventional seeds that . . . weren’t bred to withstand pest pressures, or for use with organic fertilizers,” said Diana Martin, director of communications and marketing at Rodale Institute. She noted, however, that Rodale’s 40 years of trials on grains show organic to be just as competitive as conventional if the seeds are bred to work with the farming system.

Endowments from companies could help fill that gap, and it’s one of the reasons why Clif Bar turned to them as it sought to expand its use of organic ingredients, said Dillon.

These endowing companies’ efforts contrast with those of General Mills, Danone, and others, which focus on regenerative—not necessarily organic—agriculture in their supply chains.

Organic farming research is woefully underfunded in the United States and globally. In 2019, it received just $20 million out of the U.S. Department of Agriculture’s (USDA) $2.9 billion research budget. While the 2018 Farm Bill committed steady increases in funding for organic research up to $50 million by 2023, it’s still a tiny sliver of the entire budget. No wonder, then, that only around 1 percent of U.S. farmland has received organic certification, even though 5 percent of all food—and 14 percent of the produce—that we eat in the U.S. is organic.

“We’re importing a lot of our organic food, which is a missed opportunity for our domestic farmers who are struggling in the commodities markets when we have this market right here in the U.S. that’s demanding [domestic] organic over importing that food,” said Martin. Organic farmers have seen demand rise for their products during the pandemic, added Martin, because consumers are cooking more meals at home and turning to healthier foods. Organic produce sales are up by double digits.

USDA’s organic funding comes out of its Organic Agriculture Research and Extension Initiative (OREI), which provides grants to university researchers ranging in size from about $50,000 to $2 million for multi-university collaborations.

Oregon State University (OSU), for example, is the lead on a large project called the Northern Vegetable Improvement Collaborative (NOVIC). The collaborative is conducting long-term research into 10 organic vegetable crops across five states. Founded in 2009, NOVIC is now on its third four-year funding cycle, with each cycle bringing in $2 million in USDA grant funds. 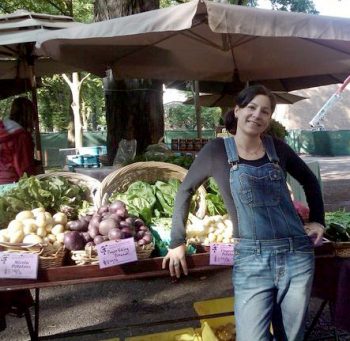 Long-term funding is critical for breeding new plant varieties, but it “is really unheard of,” said Lane Selman, professor of practice at OSU and a NOVIC researcher. Instead, she spends a lot of her time writing shorter-term grants.

What’s more, the $2 million is split among six institutions, and the university takes half the funds earmarked for its researchers. That leaves Selman scrambling to find supplemental funds to help connect local farmers with the new varieties. Without that, adoption of organic agriculture is even slower.

Selman turns to a handful of companies, including Clif Bar, Organic Valley, Johnny’s Selected Seeds, Vitalis, High Mowing Seeds, and Burgerville, to fund her outreach to farmers and chefs, through the Culinary Breeding Network.

“You have to be an out-of-the-box thinker in this university system,” Selman told Civil Eats. “All of these amazing people are fighting for the same funds,” she added. “There’s not enough.”

Instead, Chico State solicits other funding from USDA, such as its Conservation Innovation Grant program, and “makes it work for the kind of work we want to do,” said Cindy Daley, professor and director of the Center for Regenerative Agriculture & Resilient Systems (CRA) at Chico State. “If we call it regenerative or organic, it’s less fundable from USDA,” she said, “but if we call it sustainable it’s more fundable.”

Several foundations that are part of California FoodShed Funders also provide research dollars for Chico State’s work. The OVP also runs a three-acre community-supported agriculture operation, which educates and feeds its subscribers while raising funds for the project as they run field trials and provide local organic farmers with data to help them become more competitive.

A System Stacked Against Organic Research

USDA funding for agricultural universities has long been outpaced by private sector funds, which come largely from conventional agribusinesses with strings attached. But the balance shifted even more in the private sector direction after the passage of the 1982 Bayh-Dole Act.

A major change to U.S. patent law, Bayh-Dole incentivized universities to partner with the private sector on research by allowing them to collect royalties for patents and other types of intellectual property they developed. The shift came at a time when public funds were diminishing.

Bayh-Dole, explained Clif’s Dillon, paved the way for agribusinesses to approach researchers and say, “Let’s identify corn genetics that can improve nutrient use efficiency, and let’s patent our new understanding of the genetics, and together we can collect royalties any time varieties with these genetics are used.”

Companies’ stepped-up funding for agricultural research at land-grant universities led to public institutions increasingly serving private interests at the expense of the public good, according to a 2012 report by nonprofit advocacy group Food & Water Watch.

The impact, said Rodale’s Martin, is “we’ve seen a lot of scientists get bullied into not publishing results that aren’t favorable to the funder or the industry.” Scientists have also been discouraged from conducting research on organics.

As Clif Bar, a small, privately owned B Corporation, began shifting to sourcing organic ingredients in the early 2000s, the people behind the company couldn’t help but note this influence. “We could see big chemical companies endowing chairs or being on the boards of public universities, and we thought, ‘Wow, we could never do that,’” because of their more limited resources, Elysa Hammond, Clif’s vice-president of environmental stewardship, told Civil Eats. But, ultimately, the company leadership decided to make it a priority.

Bill Tracy, a plant breeder specializing in sweet corn at the University of Wisconsin Madison, said that the endowment he received from Clif Bar and Organic Valley created a “teachable moment,” as many colleagues both within and outside the university questioned its necessity. “A gift of this magnitude” he said, “shines a very bright light on the need.”

Meanwhile, in Washington, Jones said the endowment shows leaders at the university that there’s national interest in what he does and also helps create local interest and support. A local honey producer, for example, donated 800 pounds of honey to help the lab step up production of the approachable loaf during the pandemic.

But he’s most appreciative that the endowment allows for “unhindered” inquiry and science for the public good. “We help students go out in the world with a doctorate who will be better people and make for better communities,” he said.