The struggle for abolition remains urgent. As we seek justice for people incarcerated and indentured in agriculture, there is hope in freeing ourselves to build nourishing food systems.

By Ashanté Reese and Randolph Carr 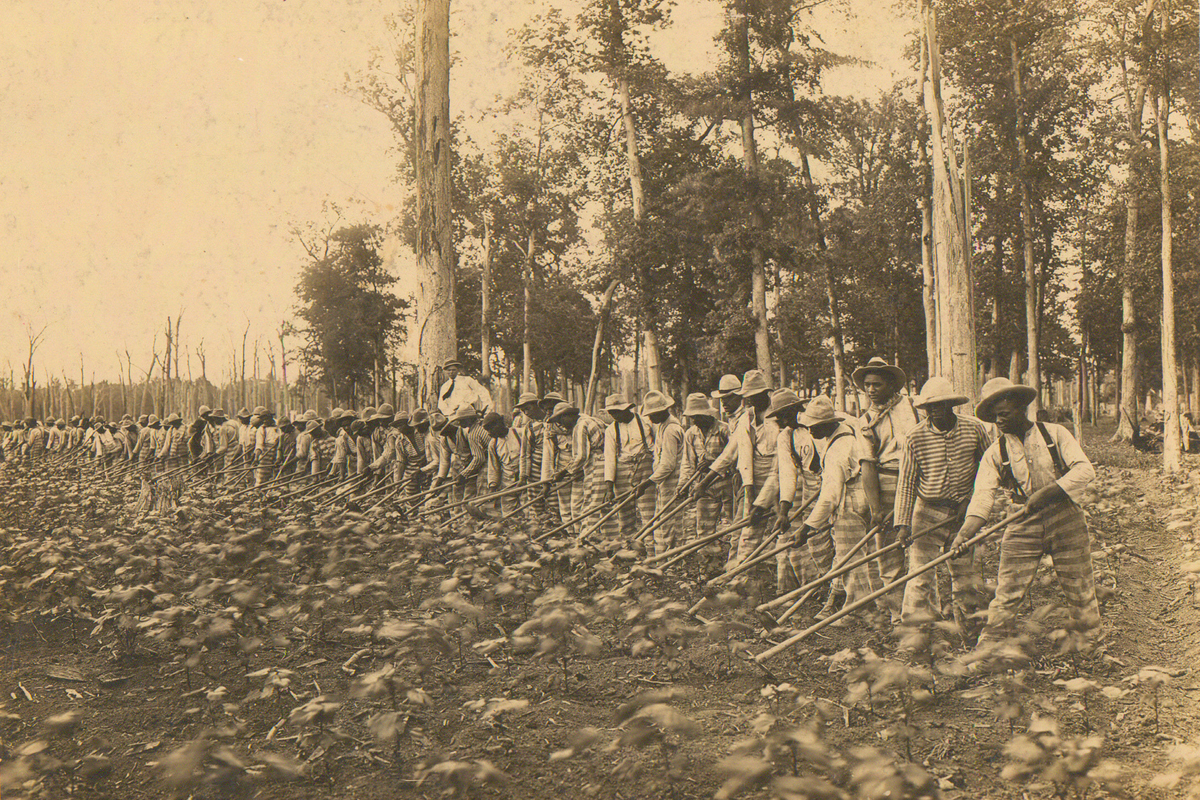 “Down where we are, food is used as a political weapon.”
– Fannie Lou Hamer

As calls for abolition, defunding and disbanding police departments, and reallocating critical city resources animate the American landscape, we are facing an imminent opportunity to draw connections between people in prisons and our food system.

For some, “abolition” conjures images of a past thought gone. For those folks, images of slave patrols and plantations seem unrelated to the current wave of uprisings following the deaths of Breonna Taylor and George Floyd. But for others, abolition is a relevant, timely, and necessary injunction. Abolition invites a critical-historical awareness of unfreedom and a creative prescription toward the possibilities of freedom.

The coronavirus pandemic has re-cast our food workers—cashiers, delivery persons, and farmers—as essential. What of those who labor on prison farms?

While prison labor specifically and mass incarceration more generally have been debated over the years, researchers have been slow to make either theoretical or empirical claims that link incarceration and the food system, despite the United States’ history with using enslaved and incarcerated labor to produce food. Abolitionist theory cites the plantation as both a geography and way of thinking whose logic has remained consistent, despite its changing material form. The prison is one of those forms.

Many historians have written about the development and role of the convict lease system in rebuilding the South after the Civil War. Companies and plantation owners leased prisoners to build railroads and perform agricultural labor. In Texas, for example, the convict lease system not only provided labor for companies and planters but also helped the state strengthen itself financially. When the convict lease system formally ended in 1910, the Texas penitentiary system continued its investment in agriculture, purchasing former plantations in east Texas and along the Gulf Coast. Some of those former plantations make up the 130,000 agricultural acres currently maintained and operated by the Texas Department of Criminal Justice.

The coronavirus pandemic has re-cast our food workers—as essential. What of those who labor on prison farms?

On Texas prison farms in 2017, incarcerated men and women raised 30 crops that produced more than 11.7 million pounds of food; harvested 123.7 million pounds of cotton, grains, and grasses; tended chickens that produced just under 5 million eggs; canned 297,143 cases of vegetables; and processed more than 22.7 million pounds of meat. The state, in effect, operates its own miniature food system that feeds people who are incarcerated there (the Texas Department of Criminal Justice boasts about being “self-sufficient”) as well as commercial sales of food to the public.

Prison labor is not solely used to feed prison populations or to supply state agencies. In 2018, the nonprofit food justice organization Food First published an article that asked: Is Prison Labor the Future of Our Food System? The group detailed how private companies have turned to prison labor to make up for the shortage of farmworkers due to anti-immigration legislation. Across the U.S. 30,000 incarcerated people provide onions, watermelons, potatoes, and other produce for private companies to sell for public consumption.

Food First’s question does not have an inevitable answer. As a terrain of struggle, abolition is as much about building the institutions, relationships, and worlds we want to live in as it is about dismantling those we reject. And we are not building from scratch: The seeds and fragments of a more just, community-controlled food system that honors the healing potential of working the land are already present. Abolitionist theory also makes connections between how power that is concentrated in police forces and prisons flows into other parts of our lives through channels such as the food system.

A contemporary abolitionist practice must create the conditions for healthy communities. To that end, the work of nourishing people and building just food systems is necessary. Just as sure as we must end state violence in the form of police and prisons, we also must deepen our capacity to meet the needs of people and build anew. What we build cannot be yet another transformation of a system that privileges and protects private property, exploits labor, or maintains hierarchies of deservedness.

Where can we turn when we want to see abolitionism in practice? We turn to the prison strikes and uprisings that used food as a political weapon in the fight for more humane conditions. We turn to incarcerated farmers who, even as they labor under confinement, point to the revolutionary possibilities of farming itself, particularly in the context of prisons, where idleness is a threat to individual and communal well-being. We turn to the folks who built Black towns to make freedom spaces and examples of community land trusts and cooperative enterprises. We turn to food justice organizations with radical Black leadership that use food to build infrastructure for maintaining Black life rather than hastening Black death. In these examples, we see fragments and building blocks that challenge exploitation and private property while also overturning the centuries-old plantation paradigm of violence and control.

As we continue to uplift abolitionist demands, those of us also committed to land and food work must insist on building self-determining food economies and fully commit to overturning the food system’s plantation paradigm. Indeed, in the world where we defund and disband police departments, shutter prisons and penal farms, and end hyper-surveillance, we must also consider what we want to build that is essential? An abolitionist approach to food requires us to build community, grow food, and nurture people. All this must happen alongside the dismantling of plantation-prisons.

Ashanté M. Reese is a member of Civil Eats' Advisory Board. She is an Assistant Professor of African and African Diaspora Studies at the University of Texas at Austin. Reese works at the intersection of critical food studies and Black geographies, examining the ways Black people produce and navigate food-related spaces. Animated by the question, who and what survives, Reese’s work has focused on the everyday strategies Black people employ while navigating inequity. Her first book, Black Food Geographies: Race, Self-Reliance, and Food Access in Washington, D.C., takes up these themes through an ethnographic exploration of antiblackness and food access. Read more >

Randolph Carr is a field organizer for the National Black Food and Justice Alliance. Read more >