Op-ed: It’s Time to Rethink the Food System from the Ground Up | Civil Eats

Op-ed: It’s Time to Rethink the Food System from the Ground Up

Providing healthy diets based on healthy soils is critical to achieving a healthier, more just, resilient, and truly sustainable world. 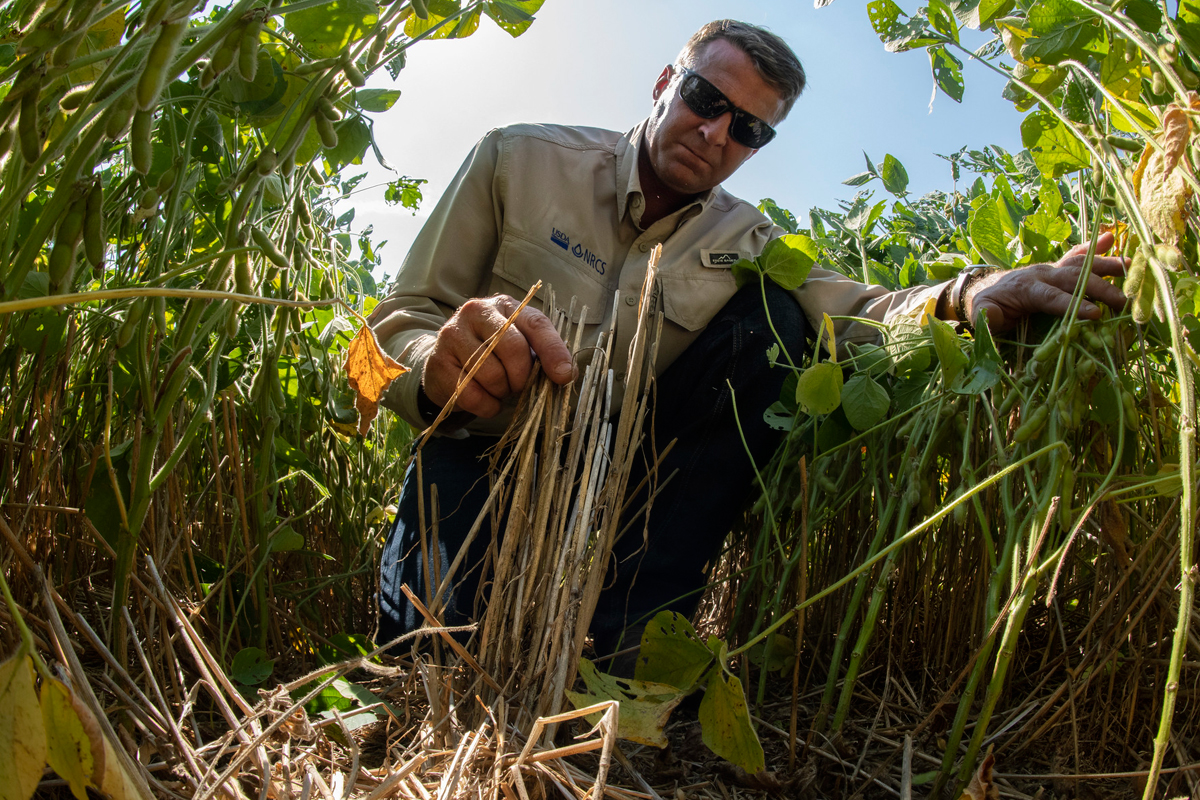 The COVID-19 pandemic and resulting economic shutdowns have severely disrupted and spotlighted weaknesses in the U.S. food system. Farmers, food distributors, and government agencies are working to reconfigure supply chains so that food can get to where it’s needed. But there is a hidden, long-neglected dimension that should also be addressed as the nation rebuilds from the current crisis.

As scholars who study different aspects of soil, nutrition, and food systems, we’re concerned about a key vulnerability at the very foundation of the food system: soil. On farms and ranches across the U.S., the health of soil is seriously compromised today. Conventional farming practices have degraded it, and erosion has shorn away much of it.

Iowa has lost about half the topsoil it had in 1850. Since they were first plowed, America’s farmland soils have lost about half of their organic matter–the dark, spongy decomposed plant and animal tissue that helps make them fertile.

The soil that produces our nation’s food supply is a weakened link slowly failing under ongoing strain. This breakdown isn’t as dramatic as what happened in the 1930s during the Dust Bowl, but it is just as worrying. Human history holds many examples of once-thriving agricultural regions around the world where failure to maintain soil health degraded entire regions far below their potential agricultural productivity, impoverishing the descendants of those who wrecked their land.

We believe there is an urgent need to rebuild soil health across the U.S. This can help maintain harvests over the long run and lay a solid foundation for a more resilient food system. Investing in soil health will benefit environmental and human health in ways that are becoming increasingly apparent and important. 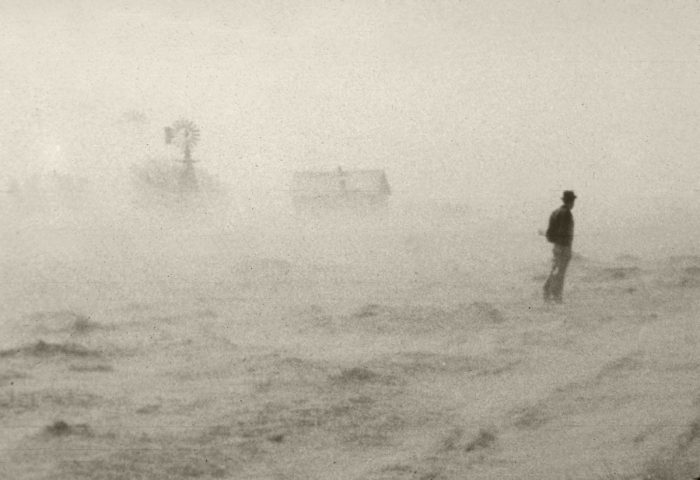 Soil is the foundation of the U.S. food system. Fruits, vegetables, nuts, and oils come directly from plants grown in soil. Meat, poultry, dairy products, and many farmed fish come from animals that feed on plants. Wild-caught fish and shellfish, which provide a tiny fraction of the typical American diet, are virtually the only exception.

As populations around the globe ballooned over recent centuries, so did pressure to force more productivity out of every available acre. In many parts of the world, this led to farming practices that degraded soil far beyond its natural fertility.

In the Southeastern U.S., for example, agricultural erosion stripped soil from hillsides a hundred times faster than the natural rate of soil formation. Today farmers in the Piedmont, from Virginia to Alabama between the Atlantic coast and the Appalachian mountains, coax crops from poor subsoil rather than the rich topsoil that early European settlers praised.

Researchers, government agencies and nonprofit groups recognize soil degradation as a national problem and have started to focus on rebuilding soil health. The U.S. Department of Agriculture’s Natural Resource Conservation Service helps farmers improve the health and function of their soils. Nongovernment organizations are recognizing the need to restore soil health on agricultural lands. And the 2018 Farm Bill directed new attention and funding to soil health programs.

Beyond growing food, soils support human, public, and planetary health. Well before the current pandemic, experts in public health and nutrition recognized that modern agriculture was failing to sustain consumers, the land, and rural communities. This insight helped spur the emergence of a new multidisciplinary field, known as food systems, that analyzes how food is produced and distributed.

But work in this field tends to focus on the environmental impacts of food production, with less attention to economic and social implications, or to links between farming practices, soil health and the nutritional quality of food. Many studies narrowly focus on greenhouse gas emissions from agriculture when addressing soils and sustainability, without including the many ecological benefits that healthy soils provide.

To be sure, man-made climate change is a major long-term threat to human and planetary health. But soil health is just as critical in its own right. Human actions have already harmed agricultural productivity in areas around the world. And when soil is degraded, food production systems are less able to weather future challenges that we can expect in a changing climate.

The study of soil health can also have its own blind spots. Often agricultural research focuses solely on crop yields or the impact of individual conservation practices, such as adopting no-till planting or planting cover crops to protect soil from erosion. Such analyses rarely consider linkages driven by dietary demand for specific foods and crops, or the effects of farming practices on the nutrient content of forage and crops that sustain livestock and humans.

Food systems experts have called for transforming food production to improve human health and make agriculture more sustainable. Some researchers have proposed specific diets that they argue would accomplish both goals. But fully understanding connections between soil health and public health will require greater collaboration between those studying food systems, nutrition and how we treat the soil.

Now that COVID-19 has deconstructed much of the national food supply network, it would be a mistake to pour efforts into simply rebuilding a flawed system. Instead, we believe it is time to redesign the U.S. food system from the ground up, so that it can deliver both soil health and human health and be more resilient to future challenges.

What would it take to do this? The foundation of a revised system would be adopting regenerative farming methods that integrate multiple soil-building practices, such as no-till, cover crops and diverse crop rotations to restore health to land. It would also take creating and expanding markets for more diverse crops, as well as expanding regenerative grazing and promoting reintegration of animal husbandry and crop production.

And it would require investing in research into the linkages between farming practices, soil health and the nutritional quality of foods—and what that all could mean for human health.

In sum, we think it’s time to rethink the food system, based on a recognition that providing healthy diets based on healthy soils is critical to achieving a healthier, more just, resilient. and truly sustainable world.

David R. Montgomery is a professor of geomorphology at the University of Washington. He lives in Seattle with his wife, Anne Biklé, and Loki, their guide-dog dropout. Read more >

Jennifer J. Otten is an Associate Professor at the Center for Public Health Nutrition at the University of Washington. Read more >

Sarah M. Collier is an Assistant Professor of Environmental and Occupational Health Sciences at the University of Washington. Read more >