Feeding an Indigenous Community and Rematriating Seeds in Minneapolis 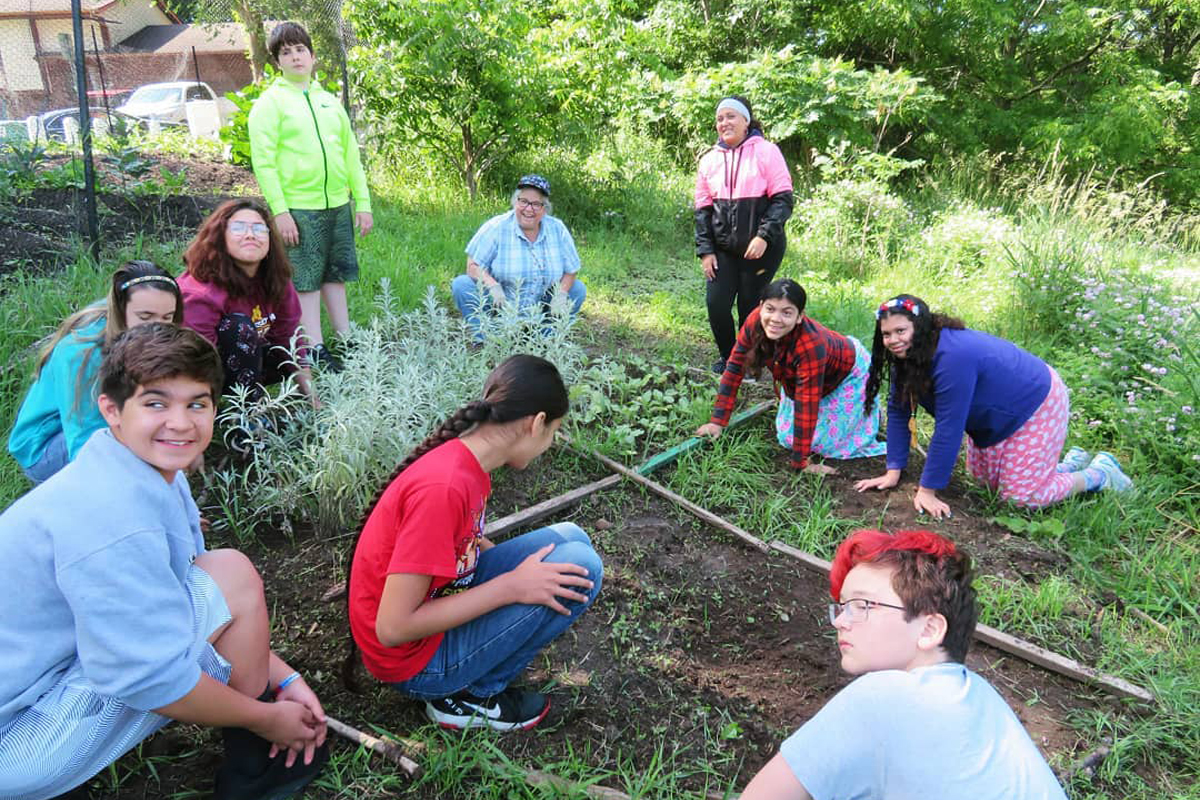 Well before COVID-19 disrupted the food supply and the civil unrest over George Floyd’s killing heightened food insecurity in Twin Cities neighborhoods, the Minneapolis nonprofit Dream of Wild Health was working to give Native Americans in Minnesota access to Indigenous and locally grown foods.

Food insecurity has been a problem in the state for years. A 2016 study found that 1.6 million Minnesotans (or 30 percent of the population) lived too far away from full-service grocery stores to secure nourishing food—or didn’t earn enough money to buy it even if distance wasn’t a barrier. For Native Americans in Minnesota, including the Anishinaabe and the Dakota, those figures are likely higher (although state-level data is limited).

According to the state’s health department, 1 in 3 new Native American mothers were food insecure before giving birth and entire tribal communities, such as the Red Lake Reservation area—which spans more than 840,000 acres across eight Northern Minnesota counties and is home to about 7,500 residents—lack access to fresh, healthy food. Residents of large sections of the White Earth, Leech Lake, Mille Lacs, and Bois Forte Reservations areas also face the same situation.

Using a multifaceted approach, the Indigenous-led Dream of Wild Health works to do more than fight food insecurity; it also hopes to make food sovereignty a reality. Over the past year, the group has brought on a team responsible for protecting its rare Indigenous seed collection and rematriating the seeds back to their original tribal communities.

More recently, the group has grown the acreage of its farm from 10 to 30 acres, allowing it to distribute locally grown Indigenous foods to community members. And by collaborating with other Indigenous food advocates, Dream of Wild Health has expanded its reach to the Indigenous peoples in the Twin Cities most vulnerable to food insecurity. 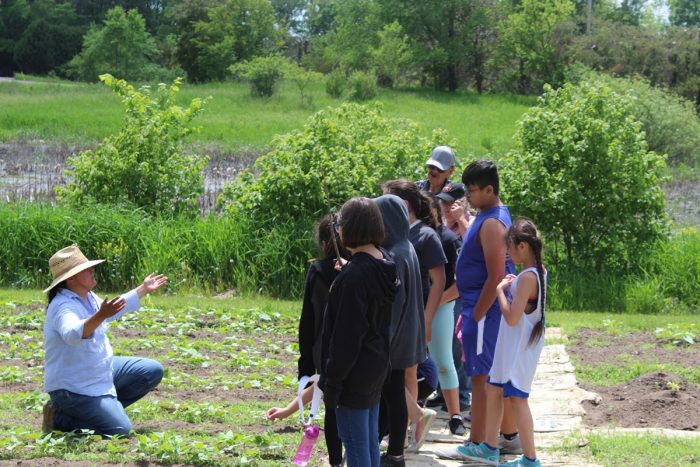 “There’s a growing need to reclaim our traditional foods and improve the health of our community,” said Neely Snyder, the group’s executive director. “The need for this has always been there, but it’s become more evident because of the pandemic.”

As it has throughout the country, Minnesota’s coronavirus crisis exposed the disparities in health outcomes, household income, and food access that already existed between communities of color and their white counterparts. The pandemic particularly hit the Indigenous population hard—worsening access to jobs, transportation, and food, according to Snyder. 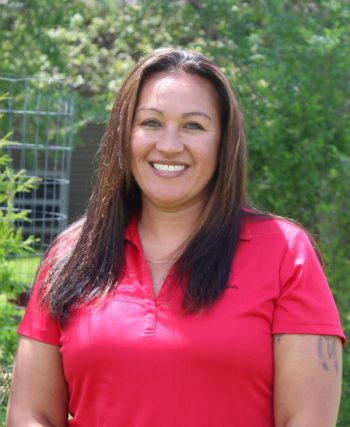 “The local store down the street is closed,” she said. “How is a young mother of multiple children supposed to go to the grocery store? And a lot of the elders are not recommended to go out.”

In late March, to meet the needs of community members, Dream of Wild Health added 20 acres of land near its original 10-acre farm in Hugo, Minnesota, a purchase that set it back $240,000. The nonprofit uses organic farming techniques to grow vegetables and legumes such as onions, beans, squash, tomatoes, and cucumbers, distributing more than 7.5 tons of produce to a range of other organizations in 2019.

Located about 25 miles northeast of Minneapolis, the farm includes cover crops such as rye, vetches, and clovers to stop erosion and increase the amount of carbon and nitrogen in the soil. Wood chips and landscape fabric suppress weed growth, and toilet paper protects the tiny carrot seeds on the farm surrounded by trees and split rail fence. The operation also contains an orchard with elderberries, buffalo berries, and apples. In the middle of it all stands a solitary door that was likely once attached to a long-gone chicken coop.

In light of the pandemic and the group’s recent land acquisition, this year Dream of Wild Health may at least triple the amount of food it provides to charitable organizations and restaurants, including the Gatherings Cafe at the Minneapolis American Indian Center (MAIC), which has been delivering meals to Native seniors during the pandemic.

American Indians have higher rates of the comorbidities, including obesity and type 2 diabetes, that increase one’s chances of suffering serious complications from the coronavirus, making it imperative that they get the nourishment required to offset or manage these illnesses. Dream of Wild Health encourages Indigenous people to eat traditional foods, whether that’s varieties of corn or wild rice. Jessika Greendeer, the organization’s seed keeper and farm manager, said that Native people who have incorporated ancestral foods into their diets can bear witness to the adage that food is medicine.

“So many of our foods have [high] levels of proteins, so there’s no need for animal or meat consumption,” Greendeer said. “Those foods contain vitamins we need to lead a good and healthy life.” Several different studies have shown that people who decolonized their diets by cutting out processed flours, sugars, and other modern foods lose weight and significantly lower their blood pressure and sugar levels. “It’s always important to eat whole foods and even more so now,” she added. 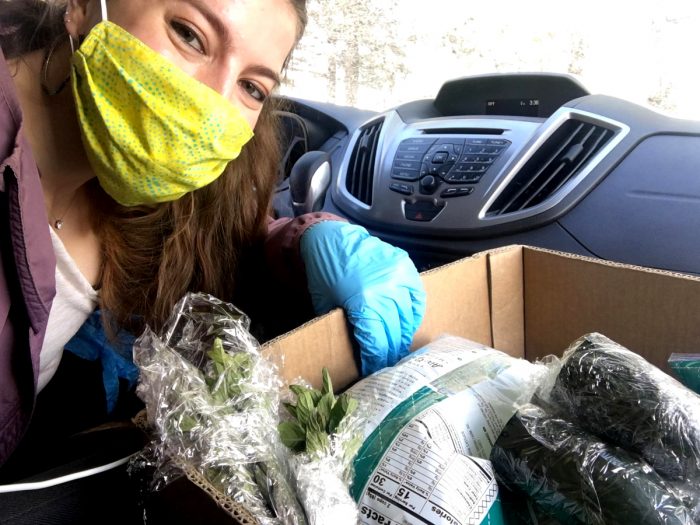 Chef Brian Yazzie, the co-owner of Intertribal Foodways, has served as a summer resident chef at Dream of Wild Health and collaborates with the organization to educate Native Americans about their food heritages. Dream of Wild Health teaches Indigenous youth about ancestral foods and offers classes, such as a Garden Beginnings Workshop to teach community members how to start growing their own food. Yazzie described the coronavirus as a “wakeup call” for the community and added that it’s highlighting the importance of food sovereignty.

“People are actually connecting back to their roots and realizing that we are an edible landscape,” said Yazzie, a Navajo transplant from Arizona. “Instead of just going to the store or purchasing something online, we’re seeing people find out where food is actually from. They’re creating victory gardens and eating farm-to-table foods. That’s something [people] have been doing for hundreds of years, regardless of where your culture is from.”

The founders of Dream of Wild Health don’t just aim to provide food for the people in their communities, they also pride themselves on taking care of all the living things on their farm.

“As Native people, it’s not about just us,” Greendeer said. “There is no life force that’s less important than another. We’re all supposed to be equal, so we share the gifts we get from the harvest with the animals and the insects.”

But, as Snyder explained, there’s another reason for feeding the insects on their land.

“Our farm is a pollinator meadow,” she said. “We want to make sure we’re creating a space for insects, so they have a safe space to come back to year after year and make sure things are pollinated.”

By rematriating Indigenous seeds—returning them to their home communities across the continent—Dream of Wild Health’s efforts have benefitted Native Americans both in and outside Minnesota. In 2000, a Potawatomi elder named Cora Baker gifted the organization several varieties of corn, beans, squash, sunflower, and Indigenous tobacco, as well as different plant medicines. 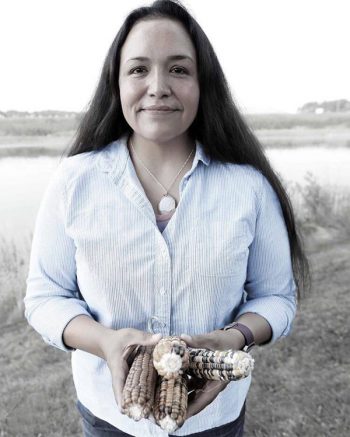 “She was 94 years old and had been farming her entire life and couldn’t do it anymore,” Greendeer said. Other gifts of seeds soon followed, including Cherokee corn seeds that were carried on the original Trail of Tears. Today, Dream of Wild Health’s collection includes more than 100 different varieties of seeds. In 2019, the organization hired Greendeer to care for the seeds and return them to their home communities. Greendeer and Snyder didn’t want to publicly identify which tribes received seeds but said that, so far, they have sent nine kinds of seeds to their communities of origin in the Midwest, Southwest, and Canada.

Dream of Wild Health is also teaming up with the Seed Savers Exchange to steward four new seeds and share the harvest with community members. The exchange conserves culturally diverse food crops by collecting, growing, and sharing heirloom seeds and plants. Rowen White, the chair of its board, helped to start the Indigenous Seed Keepers Network, which focuses on rematriating seeds to tribal communities, among other measures.

“We wanted to give the seeds to Indigenous farmers to grow themselves, and to distribute to family, friends, and community members,” explained Philip Kauth, director of preservation for the Seed Savers Exchange.

Identifying the kinds of seeds that have been in families for generations can be tricky because they might be called by an informal name with no mention of the plant’s family, genus, and species classifications. Similarly, the U.S. Department of Agriculture (USDA) has often listed seeds with an identification number, Kauth said, and not much else. Categorizing these seed varieties correctly has required digging through museum archives and speaking with members of tribal communities.

“It may seem like a shot in the dark,” Kauth said, “but, in Indigenous communities, somebody knows something somewhere.”

The Seed Keepers Exchange has experienced some successes, such as identifying the corn variety nicknamed “Nuetta sweet corn.” It reportedly comes from the family poaceae and genus zea, information the organization had to track down. Kauth pointed out, however, that identifying and reclaiming these varieties holds far more than scientific significance.

“These varieties—they’re not just seeds to Indigenous communities,” Kauth said. “It’s like long last relatives they’re bringing back into their communities. Our partners are very passionate about wanting to grow their own food on their own lands in their own communities.”

Greendeer looks forward to the day when Indigenous peoples can rely on an Indigenous diet and easily name the foods from their cultures.

“Being reconnected to our ancestral foods—that’s all a part of our DNA,” she said. “It’s an amazing feeling to eat the food your ancestors ate and to have a relationship with it.”