With Schools Closed, Their Gardens Take on a New Role

Long-established school gardens are focusing on community service in addition to ongoing education. 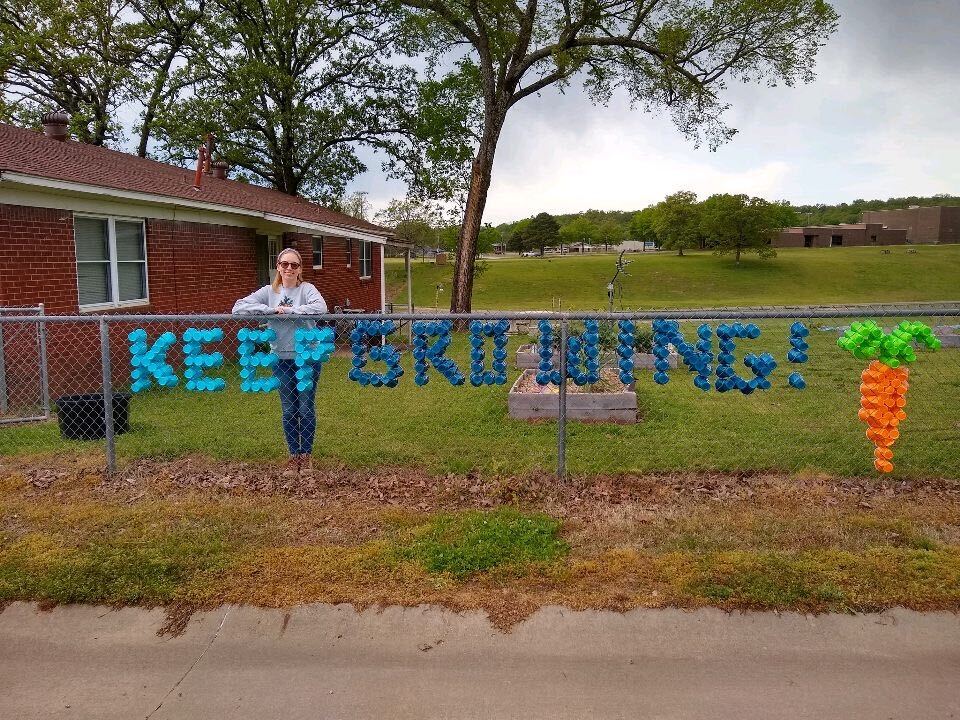 When the schools closed in Cedarville, Arkansas in March, Tara McDaniel (pictured above) was told it would only be for two weeks. So this service member with FoodCorps—an Americorps grantee that works with schools in resource-limited areas—set to work planting crops her students could come back to.

It’s clear now that schools around the country will be closed until at least next fall, but McDaniel hasn’t stopped gardening. “I want people passing by on their daily walks to see that [the garden] is still growing and that our community still grows and continues,” she says.

The closures came at a rough time for school gardens—which had either just planted their spring crops or were planning to plant them. Though anything related to food production is generally considered “essential” and allowed to operate during the COVID-19 outbreak, the decision to keep a school garden open depends on the school and staff running the program.

“As soon I heard schools were closing, I emailed the principals of every school we work with and said, ‘We want to keep gardening’,” says Michelle Welton, executive director of Grow Portland. The organization works with 13 low-income schools in Oregon, and its staff is still maintaining the gardens in 10 of those schools.

Instead of planting the gardens with the intention of using them as learning gardens—each one seeded with a few carrots here, some beans there, and a hodgepodge of other produce for variety—Grow Portland’s staff is pivoting to use the beds for production. In lieu of each school growing a bit of everything, Welton says, the gardens are now working more like urban farms, with entire beds of carrots or leafy greens. 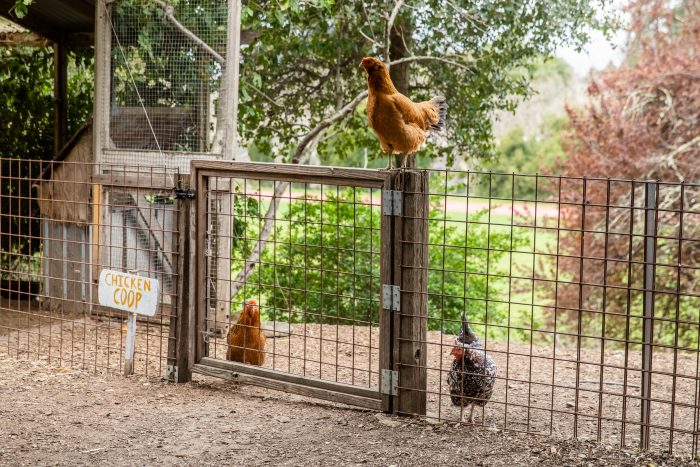 Grow Portland has reduced some staff hours but hopes to pay everyone’s wages again with the help of a government payroll loan. The organization has a small staff working on multiple sites, which makes it relatively easy to coordinate working hours for social distancing. The staff has already harvested over 20 pounds of produce, mostly leafy greens, in the last few weeks. But rather than being used as a teaching aid, the harvested food will be given back to families for use in their home kitchens and donated to local food pantries.

Columbus City Schools in Ohio are working to adopt similar practices. “Our high school teachers are definitely going to their gardens, or they have indoor gardens they’re trying to keep going,” says Chris Weatherholtz, farm-to-school curriculum coordinator for the district. In some Columbus schools, students were already growing produce with the express goal of donating it to local food banks. In those cases, the teachers and the receiving organizations have kept the garden running and shared regular updates with the students about what’s growing, and how the food is being used.

“We’ve got some rock star teachers. I don’t know how else to put it.”

Weatherholtz says it’s hard to predict how much food the gardens in Columbus will be able to donate because they’ve never tried farming for production before and it’s still so early in the season. The gardeners are doing what they can to help with the resources still available.

“We’ve got some rock star teachers. I don’t know how else to put it,” Weatherholtz said.

While school gardens provide a valuable service as an outdoor learning lab, their goal is primarily an educational one. Classes linked to gardening and nutrition, which can take place in the classroom or outside, can help augment education in just about any other subject—from math and science to reading and the arts. Yet figuring out how to continue a garden curriculum while kids are at home with different types of access to the outdoors, food, and parental oversight has been a challenge for garden coordinators around the nation.

There are many ways to serve a school garden community. In Arkansas, McDaniel is putting together online classes as well as facilitating a way to open the garden (in a limited capacity) to students and their families. She created a system that allows families to sign up for an hour harvesting and helping out in the garden, where they can find sanitizing equipment as well as a first aid kit and garden activities such as a scavenger hunt. Roughly 20 percent of families in Cedarville live below the poverty line, and the school usually provides free meals to all students. 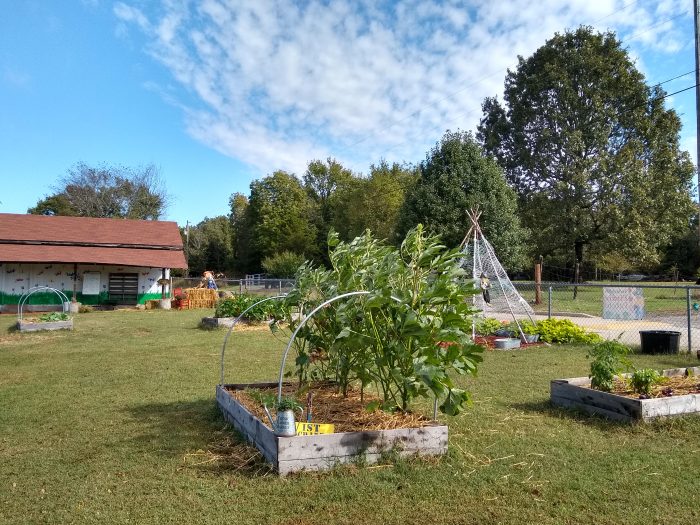 “My schedule is still shaped around what the school needs, but instead of lessons I’m helping the school provide virtual lessons, garden maintenance, and hunger relief,” said McDaniel. FoodCorps and the school’s teachers also printed out and distributed SNAP applications to families after the state widened the eligibility guidelines.

The Edible Schoolyard Project, the Berkeley-based nonprofit that provides “edible education” curriculum support to more than 6,000 schools worldwide, hurried to create and share lessons that would work for kids at home.

“How can we use shared learning experiences to bring children and their families together?”

“The content we [had before the pandemic was] meant for a classroom and for people who can go to the grocery store with ease or have a garden that can propagate a multitude of plants,” says Deputy Executive Director Angela McKee-Brown. “We found ourselves having to do an extreme pivot.”

In April, Edible Schoolyard launched a series called Edible at Home, which provides teachers with lessons that students can do at home with limited parental oversight. One of the early lessons was focused on the spice cabinet, McKee-Brown says. “We understand families have different abilities to access food and the outdoors right now, but spices are ubiquitous in our homes.” The spice drawer was a vehicle for a lesson about smell and memory, family origin, and how scent itself functions.

Lessons like this that see learning more as an opportunity to communicate and reminisce than homework (for parents and students alike) seem more necessary than ever right now when most school-aged kids are accessing educational activities online. “What’s beautiful about kitchens and gardens is that they are safe spaces to connect,” says McKee-Brown. “We want to think about our lessons in a similar fashion. How can we use shared learning experiences to bring children and their families together?” 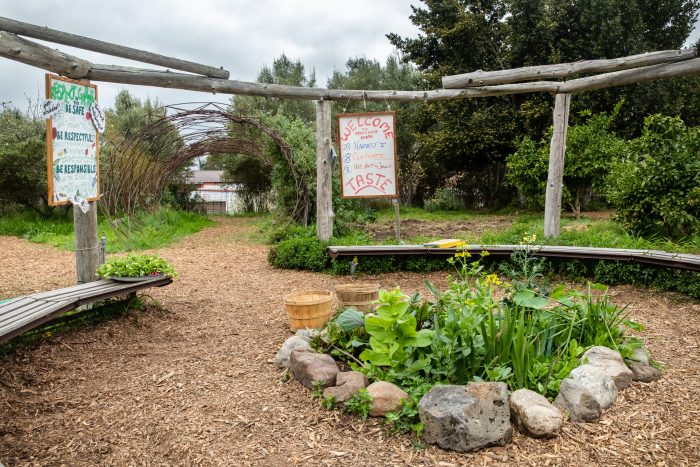 Many school garden educators are also shooting videos of themselves in the garden or sharing the progress of crops as they grow from seedlings. For example, Grow Portland is installing mason bees at the garden sites and filming that process, says Welton. It’s a big learning curve for many staff members to create digital content. “None of us were hired for those skills,” she adds.

As McDaniel sees it, a garden can be a symbol of resilience in the face of this global pandemic and the many changes it has brought to everyone’s lives. The Arkansas native spent several years attending the under-resourced school where she’s now serving in FoodCorps.

Her service is over in July, but she’s already applied to come back next year, provided school is back in session in the fall. Either way, the goal is to keep the garden going. Things will keep growing as long as someone is there to tend to it.

“I come from a family that had some struggles and understands the challenges of being faced with food scarcity,” she says. McDaniel never thought that the end of her service year would look like this. “I know a lot of us feel like there are so many projects we wanted to be able to accomplish but I look at what we can get done.”