As families struggle to access meals at grab-and-go sites, states are providing each family $28 a week, so parents can buy what they need, when they need it. 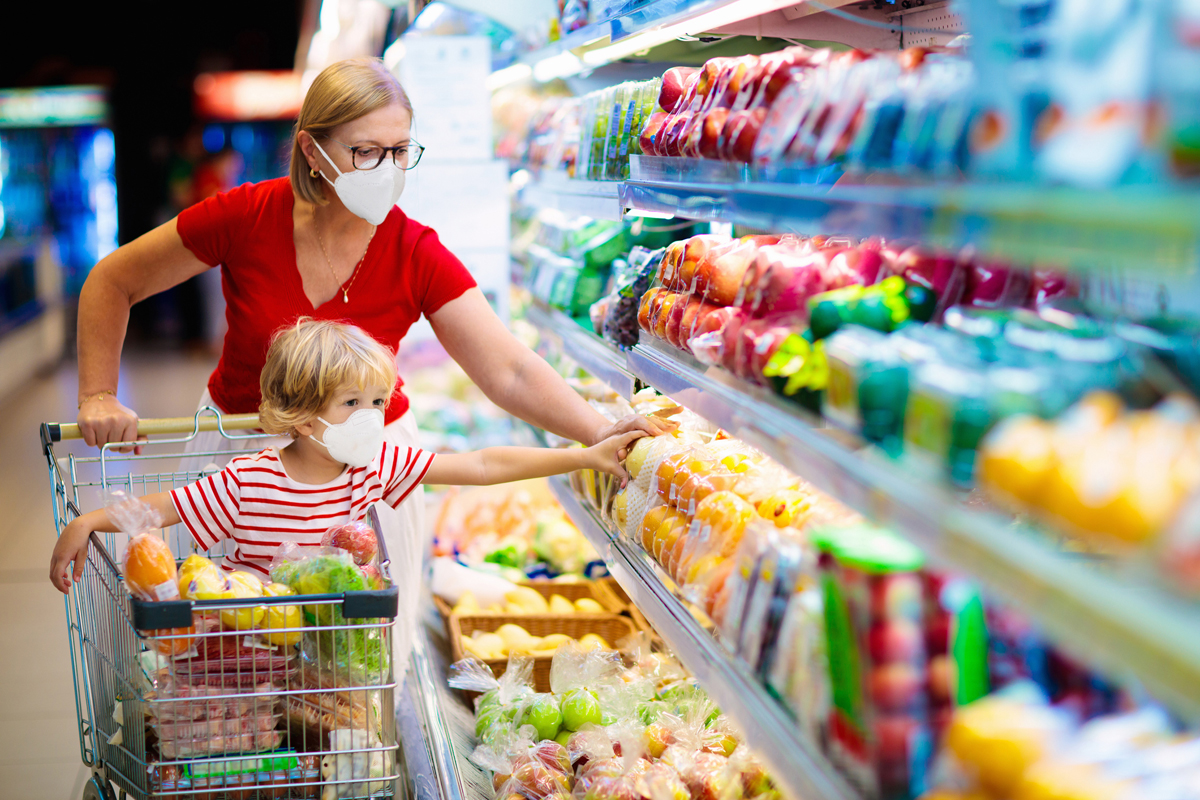 June 5, 2020 update: USDA announced Georgia and Iowa have been approved to operate P-EBT.

May 26, 2020 update: According to the New York Times, two months after Congress approved billions to replace school meals, only 15 percent of eligible children had received benefits.

May 15, 2020 update: USDA announced Indiana and Louisiana have been approved to operate P-EBT.

May 12, 2020 update: USDA announced Ohio has been approved to operate P-EBT.

In the last six weeks, a record 400,000 residents of Alabama have filed for unemployment. And since the schools in the state have closed, feeding children who are eligible for free school meals hasn’t been easy.

“Some districts continued serving meals, some didn’t, and some have had to close down their feeding programs,” explains Carol Gundlach, a policy analyst at Alabama Arise, a nonprofit, nonpartisan coalition working to alleviate poverty in the state.

Nearly half a million children are eligible for free and reduced-price school meals in Alabama, and that figure has been on the rise since the pandemic began.

Celida Soto Garcia, Alabama Arise’s hunger advocacy coordinator, has had the herculean task of recording the feeding programs underway in the state due to COVID-19. She says due to lack of a centralized tracking system, and disparities in the information circulating and what’s happening on the ground, it’s hard for some caregivers and students to understand where they can access food.

That’s why Alabama’s new Pandemic Electronic Benefit Transfer (P-EBT) program could turn out to be a literal life-saver. The program was added there in late April, giving families money to spend on food every month on an EBT card. The P-EBT program is the U.S. Department of Agriculture’s (USDA) latest approach to feeding students who were eligible to receive free or reduced school meals before the pandemic, as well as those who are newly eligible. P-EBT was enacted by Congress in March through the Families First Coronavirus Response Act of 2020.

Gundlach and Soto Garcia have high hopes for the program, as a wave of food insecurity hits the state. “We need P-EBT,” Gundlach says, noting that it’s a much more efficient system for feeding kids than relying on county-by-county or neighborhood-by-neighborhood responses.

Soto Garcia says that the program will especially help families struggling with transportation or work who can’t easily make it to grab-and-go pick-up sites at appointed times. She notes that some of the initial data being collected in Alabama shows low participation rates at these sites—matching similar concerns expressed by food service professionals on the ground at rural and urban districts across the country.

The P-EBT program provides a card for use at groceries and other food retailers that contains the value of the breakfasts and lunches missed due to school closures—for most of the U.S., the rate is $5.70 per school day. The program’s eligibility criteria require that schools are shuttered for at least five consecutive days and funding can be backdated to the first day of closure.

The nearly $14 billion National School Lunch Program is the second largest food and nutrition assistance effort in the United States, after the Supplement Nutrition Assistance Program (SNAP). In 2018, nearly 100,000 institutions across the country offered free or reduced-price meals to 30 million American youth every school day.

Children from families with incomes at or below 130 percent of the federal poverty line—an annual income of $28,236 for a family of three as of January 2020—qualify for free meals, while those from families with incomes between 130 and 185 percent of the poverty line—up to $40,182—receive food at a reduced price. And in many of the nation’s highest poverty districts, the program’s community eligibility provision allows all students to receive free meals.

Though P-EBT is administered and funded at the federal level, plans are implemented individually by states following USDA guidance. States seeking to implement the program are required to submit a plan to the USDA for approval. As of press time, 16 states—Alabama, Arizona, California, Connecticut, Delaware, Illinois, Kansas, Maryland, Massachusetts, Michigan, New Mexico, North Carolina, Oregon, Rhode Island, Virginia, and Wisconsin—have had their plans vetted and approved by the agency.

According to Crystal FitzSimons, director of school and out-of-school time programs for the Food Research & Action Center (FRAC), about 20 more states have submitted P-EBT plans to USDA.

“We would like to see state plans get approved more quickly,” FitzSimons says. “We’re doing everything we can to encourage states to submit applications and to support states in doing so.”

FitzSimons recognizes the enormous task facing overwhelmed state agencies in ensuring that benefits are properly distributed. Most states are facing record high enrollment in federal nutrition programs like SNAP due to vast unemployment and underemployment while stay-at-home orders are in place. “States have different data systems,” she says. “For some states it’s easier to identify all the kids in the state who receive free and reduced price-school meals and for others, it’s more of a lift.”

Though a thorough analysis of data coming out of school districts about feeding programs in the face of COVID-19 won’t be feasible until the long term, it’s clear that there are ongoing challenges. Some districts have had to suspend programs due to the safety of workers who have fallen ill or died. Others have had to stop feeding kids due to budget shortfalls.

As the crisis continues, schools are increasingly becoming emergency feeding sites for entire families. Staff costs are high and expensive shelf-stable foods and packaging are required to prevent spoilage and ensure the feasibility of grab-and-go in the age of social distancing.

“Our school nutrition workers are doing incredible work, but the scale of this is so big,” said Erin McAleer, president of Project Bread. The Massachusetts food access and advocacy nonprofit has set up more than 1,500 feeding sites in the state since the crisis began and recent USDA research shows food insecurity in Massachusetts has risen from 9 to 38 percent due to COVID-19.

“The school nutrition workers need some relief and P-EBT is a much more sustainable solution,” McAleer says as the crisis drags into a new month. “The scale of the economic fallout is so massive; we need to focus on large-scale solutions.”

According to Joshua Goodman, spokesperson for Kathryn Garcia, New York City’s COVID-19 food czar, P-EBT would allow the City of New York to “dramatically expand access to fresh food for New Yorkers by covering every single public school student” in the nation’s most populous school district of more than one million. The state of New York is awaiting approval of a plan it submitted in March but amended and resubmitted in late April.

“While we wait … we are doing whatever we can to meet interim needs,” Goodman adds, noting that the New York City Department of Education has provided “over 400,000 grab-and-go meals a day.” Nevertheless, Goodman says that with two million New Yorkers projected to face food insecurity in the months ahead, his team is “strongly urging the USDA to approve New York state’s application.”

Projections in McAleer’s state—Massachusetts, one of the first to have its P-EBT plan approved—note that the program could funnel more than $200 million into the local economy. With nearly half a million children eligible so far, this boost could impact the bottom line of groceries and other food retailers.

“Families that were previously over income eligibility limits may have lost income and need this critical financial support to purchase food,” Marylou Sudders, the state’s health and human services secretary, said at a news conference announcing the launch of the program in Massachusetts.

A USDA spokesperson confirmed to Civil Eats that P-EBT is “required, by law, to serve both SNAP and non-SNAP households” eligible for the program. The agency also noted that the P-EBT initiative is meant to supplement, not replace, the work already underway at grab-and-go feeding sites.

Research shows that boosting federal nutrition programs can have a direct and immediate impact on local economies. According to one study, every $1 increase in SNAP benefits generates $1.50 in economic activity. In 2009, SNAP was used as an economic stimulus tool during the Great Recession, with benefits increased through that year’s American Recovery and Reinvestment Act.

“SNAP has proven to be one of the most effective mechanisms available both to reach low-income households and to provide counter-cyclical help in recessions,” Dottie Rosenbaum, Stacy Dean, and Zoë Neuberger, staff at the Center on Budget and Policy Priorities, a Washington D.C. nonpartisan research and policy institute, wrote in a recent brief examining the potential impact of federal nutrition assistance programs in a COVID-19-rattled America.

‘The Summer on Steroids’

When asked about funding for the summer, a USDA spokesperson noted that P-EBT benefits offered through a state’s approved plan “may be provided on a monthly basis through … the end of the regularly scheduled school year.”

But FitzSimons at FRAC says her organization is working to change that. “We’re very focused on trying to get it extended through the summer,” she said, adding that the libraries and community centers that typically provide “congregate feeding sites” while school is out probably won’t be open in time.

Nationally, summer meal feeding sites have had low participation rates in the past. In July 2018, on average, just 14 percent of the kids who qualified to receive free meals across the nation turned out to eat them.

FitzSimons says COVID-19 has created a “summer on steroids” scenario with rising food insecurity and low participation rates at grab-and-go sites currently. “States and school districts didn’t have any time to really plan out feeding sites and at the same time we have an increase in the number of kids whose families are struggling,” she notes.

In Massachusetts, where P-EBT funds started reaching families as early as May 1, McAleer and her colleagues on the ground are hearing from families that they want food in an accessible, safe way while ensuring cultural relevancy.

Project Bread is headquartered in East Boston, a neighborhood with a large percentage of immigrant families from Asia and Latin America. As a city, Boston has added more than half a million residents since the 1990s, most of whom are immigrants of color. Today, the foreign-born population comprises 28 percent of the city’s demographics.

Rather than having to pick up food that is prepared for them, many of these folks “want to be able to go to the grocery store and purchase items that their kids traditionally eat,” said McAleer. “It gives them the purchasing power to buy what they want, and that’s a huge sense of relief for them.”

Meanwhile, Soto Garcia and Gundlach are ready to help Alabama roll-out its P-EBT plan in the coming days. They call adding the extra $28.50 per week to EBT cards for existing SNAP users “low-hanging fruit,” while noting that reaching everyone else eligible will be a bigger challenge.

“I’m hoping that most of these families can simply get an EBT card in the mail … without having to go through an application process,” Gundlach says optimistically.