The President of the National Farmers Union argues that strong anti-trust enforcement is needed to make a better life for workers, farmers, rural communities, and animals. 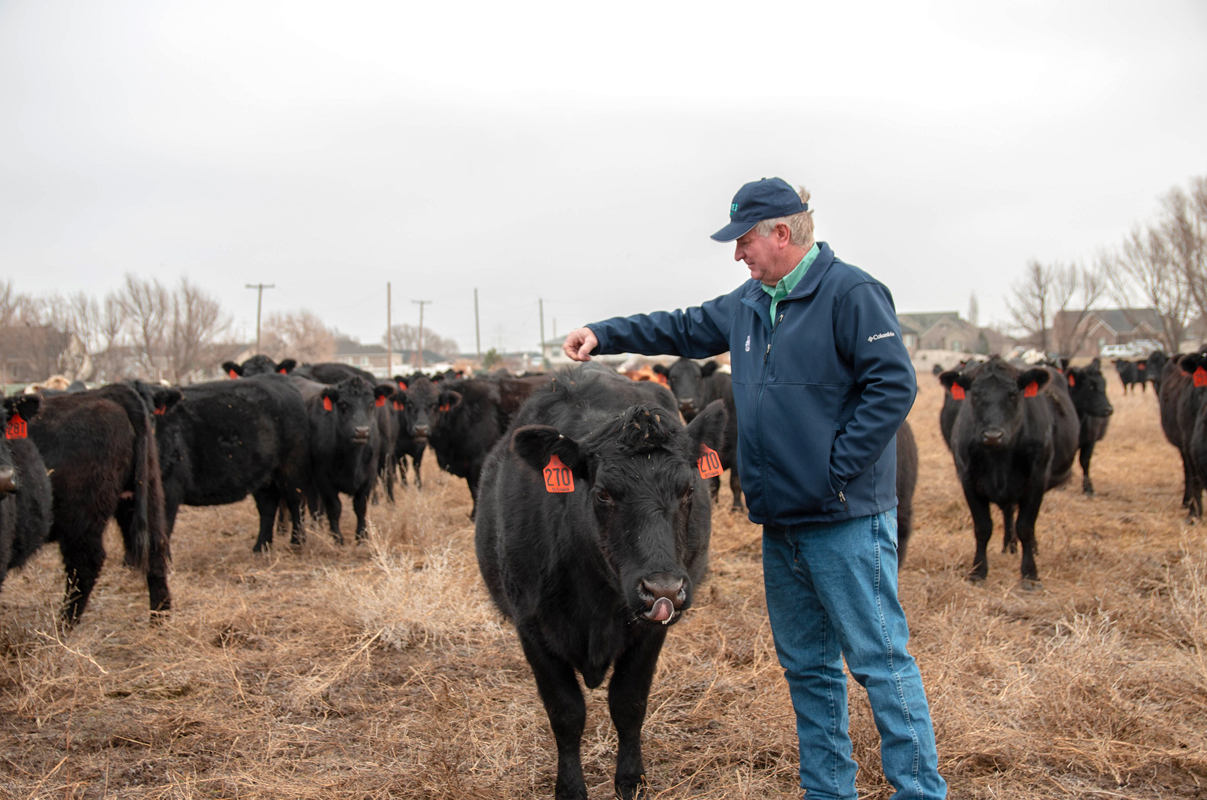 By any measure, the American meat industry is a mess.

Just ask Mike Patterson, a Minnesota pork producer who usually sells all of the hogs he grows to a Sioux Falls processing facility owned by Smithfield. When the plant closed earlier this month after several employees tested positive for COVID-19, he was left stranded without a market just as his hogs were reaching their optimal weight.

Though he’s been able to sell some of those hogs to local butchers, it’s only a small portion of his herd—most of the local facilities are booked months in advance, and because they’re a fraction the size of the Smithfield plant, those facilities can only offset so much of the lost capacity.

For now, a thousand pigs Patterson hadn’t accounted for are still on his farm, taking up space and growing larger by the day. Eventually, he fears he’ll have to make the financially and emotionally devastating choice to depopulate his herd.

“As farmers, we do everything we can to keep those pigs alive and healthy and thriving. We do it to feed Americans, that’s what those animals are intended for,” he said. “To see that go to waste, it’s not easy for me.”

Patterson is just one of thousands of livestock farmers whose livelihoods have been disrupted by the pandemic. Dozens of meat processing and meatpacking plants have been hit with coronavirus outbreaks in recent weeks, forcing at least to 22 temporarily close and many others to slow production. As a result, overall beef and pork processing capacity in the United States has dropped 10 and 25 percent, respectively.

These closures aren’t just a problem for farmers—the consequences for American consumers could be significant as well. Meat prices have already risen as a result of higher demand and falling supply, and could keep rising if disruptions continue. Higher food prices are never welcome news to consumers, but this is an especially bad time, since an abrupt spike in unemployment has made many more Americans vulnerable to food insecurity

To be sure, meat plant closures pose a serious threat to both rural livelihoods and food security, and drastic measures are necessary. But President Trump’s solution is just treating the symptoms while ignoring the underlying cause: corporate consolidation.

Over the past 50 years, every aspect of agriculture has become far more concentrated and more specialized. In the absence of antitrust enforcement, the seed, fertilizer, pesticide, farm machinery, corn milling, and meat processing industries have all come to be dominated by a handful of large corporations.

By some estimates, just 50 plants account for 98 percent of meat slaughtering and processing in the United States. When so few operations are responsible for such a large portion of our food, closing down just a few can have enormous implications for food safety and security. This is something farmers have known for some time, and one they personally experienced when a large beef processing plant caught fire last summer.

Consolidation not only makes the meat industry vulnerable to disruption—in this case, it was also likely responsible for the disruption—COVID-19 outbreaks—itself. The meatpacking industry is notorious for its high level of consolidation, and for its abuse of farmers and workers.

Just four companies control 85 percent of beef packing in the U.S.; the lack of competition, and the consolidation of capital in the industry gives them significant resources with which to influence policymakers. As a result, the industry has largely been spared regulatory oversight while depriving workers of necessary protections, paid sick leave, a living wage, or bargaining power. The combination of all of these factors has made those workers especially susceptible to coronavirus: more than 4,000 have tested positive, and at least 20 have died.

Unsurprisingly, the same companies that abuse workers also abuse family farmers and ranchers. Because there is so little competition in the meat industry, the dominating companies can collude to fix prices—and often do. There have been numerous allegations of price fixing against meatpacking companies in recent years, the most recent of which was leveled just a few weeks ago, in the midst of the pandemic.

While wholesale meat prices have surged, those dollars aren’t being passed on to ranchers. In fact, cattle prices have dropped so much that some ranchers are struggling just to break even. What this ultimately means is that packers are paying farmers less than they usually would for their cattle while charging grocery stores more, raking in record profits at both parties’ expense.

But federal efforts to support businesses affected by the pandemic could make the problem of consolidation worse. Already, large restaurant chains have claimed millions of dollars set aside for small businesses (although several have offered to return the funds); if the same pattern emerges in the meat industry, we will likely see many of the remaining independent processors go out of business, ceding their market share to larger and wealthier operations.

All of this sounds like bad news—and it is. But endless consolidation isn’t a foregone conclusion. Indeed, this crisis is an opportunity to finally address concentration in the meat industry and support a more diverse, regionally focused system.

By offering support to smaller-scale meat processors and family farmers who need it most, the Trump administration can ensure their survival during this difficult time. That alone is not enough; to support the success of independent businesses and prevent large meatpacking corporations from wielding undue political influence or market power, we also need strong antitrust enforcement—something that many legislators are already calling for. This must be accompanied by greater legal protections for farmers and workers from anticompetitive practices and abusive treatment.

A fairer, more flexible, and more resilient food system is possible—now is the time to build it.

Rob Larew is the president of the National Farmers Union. He previously serviced as NFU’s Senior Vice President of Public Policy and Communications, advocating for family farmers, ranchers, and rural communities in Congress and the executive branch. Read more >