Restaurants Are Transforming into Grocery Stores to Survive the Pandemic 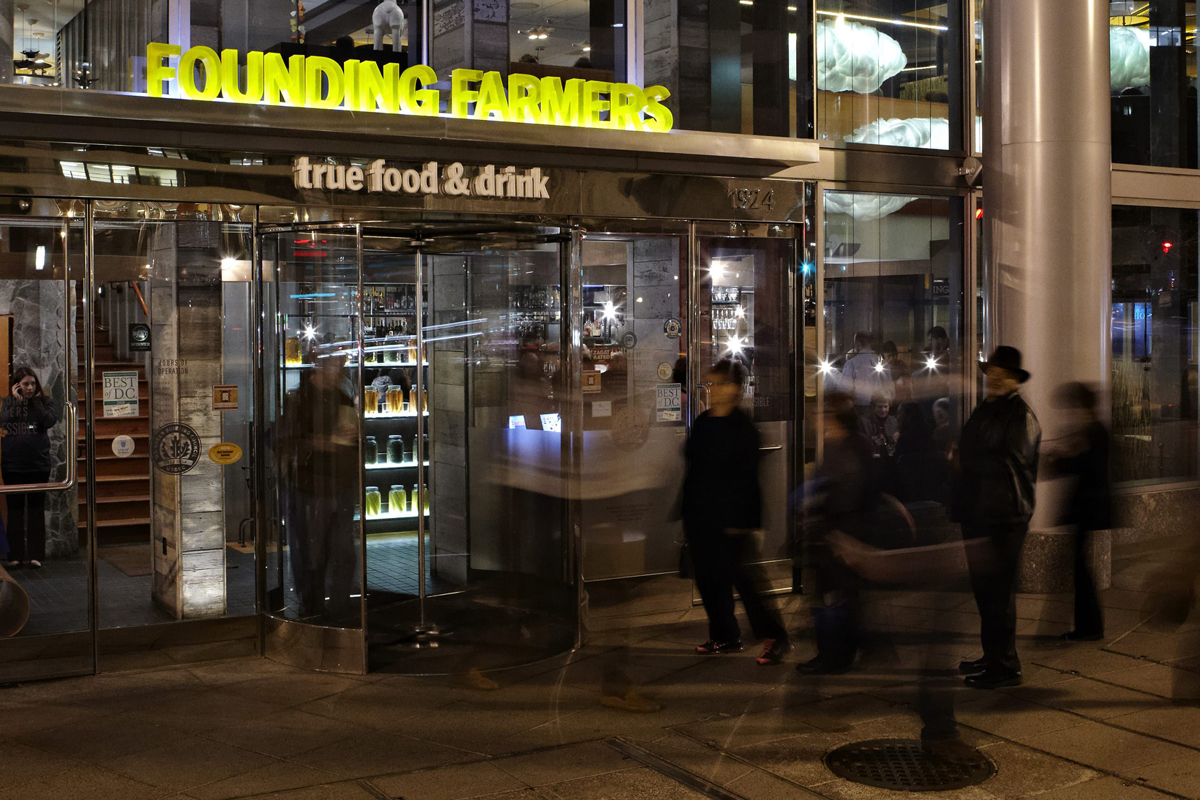 A few short weeks ago, Sarah Heard was cooking dishes like charred duroc pork, veal sweetbreads, and butternut risotto and serving them in the Austin, Texas, restaurant Foreign & Domestic.

Now, the dining room is closed, and instead of serving nose-to-tail suppers, chef/owner Heard is filling bags with groceries. In the last two weeks, she has stocked (and sold out of) staples such as eggs, salt, and lemons; customers purchased 100 pounds of flour in a single afternoon. The coronavirus pandemic has led Foreign & Domestic to evolve from a full-service restaurant into a grocery store.

“We knew that people were having trouble finding things at the stores,” Heard recalls. “We thought it could help the neighborhood—and it’s possibly the only reason we’re staying afloat.”

The pandemic dealt a significant blow to restaurants. The latest data from the U.S. Department of Labor shows that the U.S. lost a total of 701,000 jobs in March; restaurants and bars accounted for 60 percent of those losses. The devastation had forced restaurants to get creative to keep their doors open. In addition to offering takeout and deliveries, steakhouses are being reinvented as butcher shops, upscale eateries are hosting virtual cocktail classes, and chefs are creating DIY meal kits. Turning dining rooms into supermarkets is also proving popular.

The trend has touched small restaurants, restaurant groups with multiple outlets, and national chains. In recent days, both Panera and Subway have launched their own grocery stores.

Restaurants depend on different supply chains than grocery stores, providing chefs with access to staples that are sold out in supermarkets. Large restaurant suppliers such as Sysco and U.S. Foods have stockpiles of ingredients that restaurants are no longer ordering for their kitchens. The staples are in restaurant-sized quantities—think 50-pound bags of flour and flats of eggs—that can be shipped out from their warehouses.

The restaurant-turning-grocery-store trend is helping restaurant suppliers keep revenue flowing at a time when chefs aren’t ordering ingredients for their kitchens, and it is providing consumers with staples at a time when they’re scrambling to fill their shopping carts at conventional supermarkets. Sysco even rolled out a portal to help its restaurant customers embrace the “corner-store concept” that includes advice for setting up regular markets or one-time pop-up events.

“It’s a way for chefs to continue supporting the local food system and helps them from going bankrupt.”

“It provides a huge opportunity for restaurants to stay open,” says Katherine Miller, vice president of impact for the James Beard Foundation. “It’s a way for chefs to continue supporting the local food system and… [it] gives them much-needed revenue to help them from going bankrupt.”

In Washington, D.C., Farmers Restaurant Group (FRG) owner Dan Simons knew takeout and deliveries would not sustain his restaurants. Simons cut the staff of 1,100 down to 80, reduced the salaries of those who remained on the payroll, and launched Founding Farmers Market & Grocery in the hopes pivoting into the retail grocery business would help keep the doors open.

“We needed value pricing and frequent shopping,” Simons explains. “We needed a new business model, and I’d much rather be delivering people $100 or $150 of prepared foods and groceries and staples than try to sell them prime rib, mashed potatoes, and green beans [like they might off the menu at a restaurant] right now.”

The team at FRG developed a complete e-commerce platform to allow customers to order 800-plus supermarket staples alongside prepared foods and cocktails, schedule pick-up times, and have groceries loaded into their vehicles curbside from its locations in Potomac, Maryland, and Tysons, Virginia.

When the website launched on April 5, it logged $50,000 in orders in the first 48 hours. Simons likened the impact of the revenue to an emergency transfusion for an accident victim.

Although restaurants aren’t licensed to operate as supermarkets, few bureaucrats have raised red flags over the pivot. In fact, Texas governor Greg Abbott made an official announcement allowing restaurants to sell retail products from distributors provided the items were in their original packaging.

Public health officials in Los Angeles County initially responded to the trend by shutting down several restaurants for operating without grocery permits, but the county later reversed their stance, allowing the items to be sold by takeout and delivery. Los Angeles-based designer Kelsey Stefanson has since created a spreadsheet and mobile-friendly website listing the 150+ restaurants selling groceries in the city.

The flexibility to create a new model has helped Showmars, a fast casual Greek American restaurant with 30 locations in North and South Carolina, keep the doors open after the lack of lunchtime business forced several high-volume locations to shut down.

When the chain rolled out its Grocery Essentials concept on March 29, sales were 300 percent over the initial projections; several items sold out within the first few hours. The online store now stocks Costco-size quantities of grocery items—everything from whole milk to chicken breasts to frozen peas to toilet paper—distributed by contact-less deliveries. The demand is almost unmanageable; Zitsos limited orders to 100 per day to ensure he could meet the need. 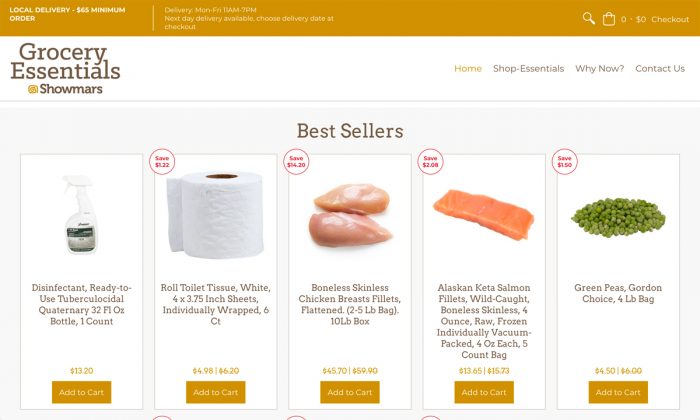 The Learning Curve—and the Days to Come

Adjusting to a new model, Zitsos admits, is not without its challenges. “We know how to do the restaurant business right, but this is a whole new process,” he says. “There is a learning curve to getting it right.”

In the restaurant business, he explains, service is limited to the number of seats in the dining room, and timing is more predictable; operators know that the weekend dinner rush will be far more hectic than mid-afternoon on a Wednesday. Grocery orders are harder to predict, Heard says.

Additionally, because food service companies don’t package items for retail sale, some restaurants are selling bulk quantities such as 10-pound packages of ground beef and five-pound boxes of pasta, while others are repackaging staples into smaller quantities for resale—hello single rolls of toilet paper and Ziploc baggies filled with flour (their decision about whether to repackage is often based on local ordinances). On top of that, prep cooks and waitstaff are not to trained in order fulfillment, and establishments must complete all tasks with strict adherence to strict safety protocols to minimize the spread of COVID-19.

Simons is attempting to juggle overwhelming demand with access to protective equipment that will keep his staff safe while filling orders. Given the current state of the restaurant industry—and the economy in general—he is grateful to have the dilemma.

“Without this pivot, I’d be looking at an unsolvable problem” of how to stay in business and pay employees, he says. “We needed this model to keep us in the fight.” 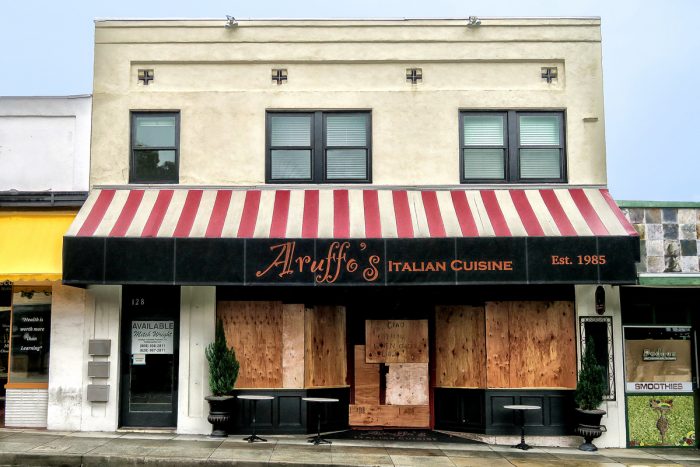 Like all restaurant owners, Simons hopes the dining room at Farmers Restaurant Group will be open and serving meals before long, but he anticipates maintaining the grocery model for the foreseeable future. “We might convert part of the dining room into an artisan market and allow shoppers to come inside once restrictions are loosened,” he says. “If there’s another outbreak, we don’t want it to crush us; this [pivot] positions us for what’s ahead.”

Miller of the James Beard Foundation agrees that markets could be the new norm for restaurants. “In restaurants, like in farming, margins are small,” she adds. “I think a lot of chefs and restaurants will stick with these new things to help diversify their revenues when things open back up.”

In Austin, Heard continues adding new items to her online supermarket, but she has no intention of continuing to sell groceries post-pandemic. “It’s not as rewarding,” she says. “I’m super thankful we’re doing it and it’ll bring in enough [revenue] to let us break even, but I miss making food and talking to guests; I’d like to go back to the restaurant business.”