In an industry where taking sick leave is not encouraged, will companies like McDonald's and Chipotle protect workers and the public? 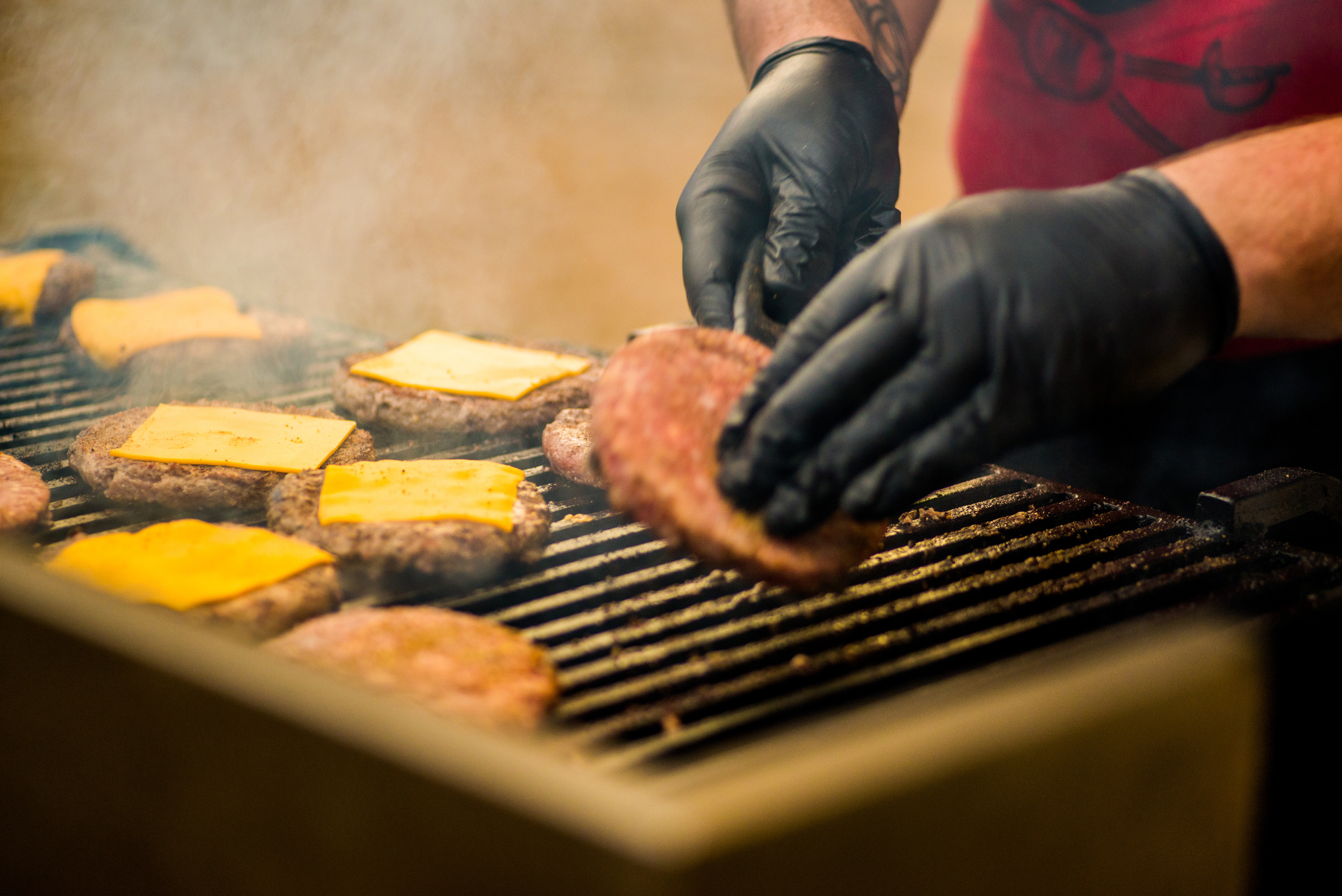 Running the grill, marinating the meat, and taking out the trash are just a few of Luis Torres’s responsibilities at the Chipotle Mexican Grill where he works in Midtown Manhattan—“I basically do everything,” he said. And, he added, every time he’s felt too ill to work during his 13 months at the fast-casual restaurant chain, his managers have discouraged him from calling in sick.

“Once, I had a fever and I wasn’t feeling good, and [supervisors] told me to work anyway,” said Torres. “They give you an attitude or tell you that they don’t have people to cover your shift.”

Even as he’s suffered from cold and flu symptoms, Torres said he’s cut peppers, onions, and prepared meat. “We’re told that that we have a role to play and that’s to work,” said the 22-year-old employee.

Chipotle told Civil Eats that company policy requires sick employees to stay home and that it communicates with all employees about how to properly request sick time. In the wake of the COVID-19 pandemic that’s claimed the lives of more than 100 people in the United States and more than 7,800 worldwide, food workers across the country have staged walkouts and raised concerns about their health and safety at restaurant chains they say dissuade them from calling in sick and deny them paid sick leave.

With new federal recommendations to cancel gatherings of almost any size to halt the spread of the coronavirus, multiple states have recently placed restrictions on restaurants, limiting the number of diners who can be in an establishment at once and ordering restaurants to transition to drive-through and delivery service only. But those efforts don’t address the fact that just 25 percent of food workers receive paid sick leave, increasing the likelihood that these laborers may continue to show up to work ill and spread infectious diseases to colleagues and customers. The coronavirus cannot be transmitted through food, but the virus can live on high-touch surfaces found in restaurants, such as tables, countertops, cardboard, and plastic.

A Waffle House employee in Georgia has already tested positive for coronavirus, and the restaurant chain granted him and his quarantined coworkers paid sick leave. Waffle House, however, stopped short of committing to pay sick leave for other employees who may contract COVID-19 in the future.

Additionally, McDonald’s announced last week that it would provide two weeks of paid sick leave to employees who contract coronavirus, but that offer applies only to workers at its corporate-owned U.S. restaurants. Franchisees reportedly operate more than 90 percent of the 14,000 McDonald’s restaurants in the country. Hence, McDonald’s workers are asking the company, the world’s second-largest employer, to ensure that all workers receive paid sick leave, be it for coronavirus or any other medical condition.

The federal government hasn’t offered much help on this front. The bipartisan Families First Coronavirus Act, which the U.S. House of Representatives passed early last Saturday, was largely billed as providing paid sick leave to U.S. workers impacted by the virus. Instead, it extends this benefit to only about 20 percent of the workers who need it, giving corporations such as McDonald’s and Chipotle the option not to offer paid sick leave and small businesses the opportunity to obtain hardship exemptions. This lack of paid sick leave is a major problem now, and it could exacerbate predicted future pandemics.

“We’re told that that we have a role to play and that’s to work.”

“There are few things more important right now than making sure people who are sick stay home from work,” Judy Conti, government affairs director for the National Employment Law Project, told Civil Eats. “And as long as low-wage workers won’t get paid if they don’t go, they will often have no choice.”

Challenges to Calling In Sick

While fast food workers certainly do not oppose federal legislation that would offer them paid leave, they argue that companies also need to change their responses to employee illness. Chipotle, for example, offers employees up to three days of paid sick leave, but Torres said that workers fear retaliation if they actually use that time.

In September 2019, New York City sued the restaurant chain for infringing on workers’ rights, including the city’s sick leave law, and, in February, announced that it had ordered Chipotle to rehire and pay restitution to a worker the company fired for taking sick leave. Moreover, the New York Times reports that 20 percent of Chipotle workers surveyed said they could not take paid sick days and that the chain had been linked to a 2017 norovirus outbreak in Sterling, Virginia, stemming from a sick employee showing up to work. 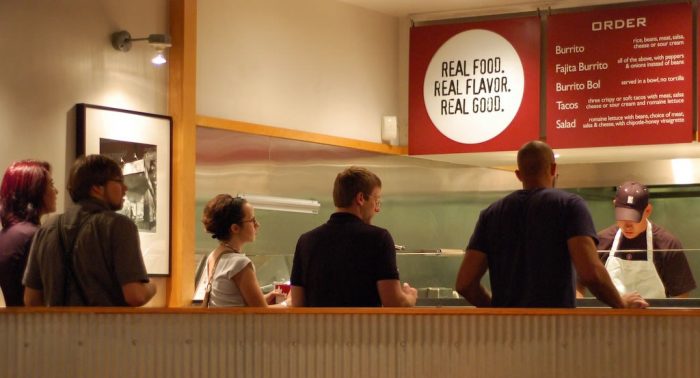 Taking a sick day can lead to managers labeling employees “unpredictable” and reducing their hours upon their return to work, Torres told Civil Eats. “If you want more hours, you don’t call out sick,” he said.

A Chipotle spokesperson told Civil Eats that it complies with the Sick and Safe Leave Act and welcomes all employees back to work when they’re symptom-free. But Kendra Avila, a 19-year-old who works at a Chipotle in Manhattan’s financial district, said the company makes it “confusing and hard” to call in sick and shames employees who do.

“They’ll ask if you’ve been vomiting or have nausea, diarrhea, or a fever, and if you don’t have one of those, you don’t have cause to call in sick. If it’s your loved one or your child [who is] sick, they don’t care,” said Avila.

In the midst of the coronavirus outbreak, fast food restaurants are reexamining how they handle sick leave. Chipotle is making its sick leave policies more flexible during the pandemic. “Quarantined employees will receive pay for their scheduled hours over the 14-day period or their average hours worked based on the last 60 days,” a spokesperson told Civil Eats.

McDonald’s also says it is changing how it operates during the COVID-19 outbreak. The restaurant chain, along with others, including Chick-fil-A, Starbucks, and Taco Bell, announced Monday that it would be closing its dining areas. But Terrence Wise, a department manager at a McDonald’s in Kansas City, Missouri and a leading activist in the Fight for $15 movement, said that the company has the resources to prioritize the health of its employees (and customers) beyond this crisis.

“You know workers are going to work sick,” said Wise. “And when you’re sick, you either don’t get to work or you have to skip meals because you will be financially strapped if you miss a day.” 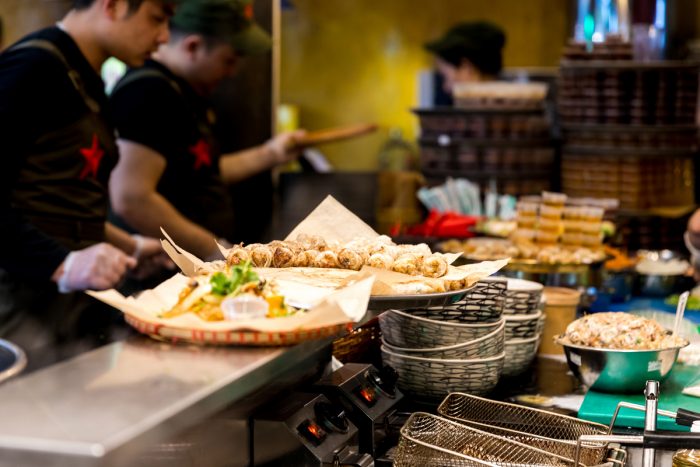 This shouldn’t be the case, he added, and called the number of McDonald’s workers who will be paid for their time in quarantine “minute,” since most of his colleagues work for franchise-owned McDonald’s restaurants rather than corporate-owned ones.

“It’s misleading,” he said about McDonald’s plan. “It’s not many workers, and they have a much larger workforce in need. Every winter, every day, there’s the possibility of a worker getting sick.” Wise added that McDonald’s doesn’t need to wait for the federal government to force the issue.

“They don’t have to wait on a state of emergency,” he said. “They should act responsibly, and they could if they wanted to.”

A McDonald’s spokesperson told Civil Eats that the company expects its workers to stay home when sick and that its sick leave policies vary by market and restaurant in accordance with local laws. The spokesperson also said that the company has a non-retaliation policy and that both its corporate-owned U.S. restaurants and many of franchisees have existing policies in place to offer paid time off.

“The health and well-being of our people, our customers, and our communities is our highest priority and drives our decision making,” the spokesperson said in a statement. “As we proactively monitor the impact of the coronavirus, we are continuously evaluating our policies to provide flexibility and reasonable accommodations.”

Learning from Past Outbreaks

Keshia Pollack Porter, director of the Institute for Health and Social Policy at the Johns Hopkins Bloomberg School of Public Health, said the U.S. didn’t learn the lesson about paid sick leave that previous outbreaks such as SARS and the H1N1 flu had to teach. In a recent op-ed for The Hill, she cited research that found 8 million of the 26 million people who likely contracted swine flu in 2009 still reported to work.

“We should’ve moved forward with paid sick leave by now.”

“When SARS was prevalent, we had this discussion, then we had it again with H1N1,” she told Civil Eats. “Now, we’re having these conversations again. We should’ve moved forward with paid sick leave by now.”

Porter backs federal legislation, such as the Healthy Families Act, that would require employers with 15 employees or more to provide up to 56 hours of paid sick leave in a year, but she also believes the legislation doesn’t go far enough. Introduced last year, the legislation now sits in the Senate’s Committee on Health, Education, Labor, and Pensions. Even if Congress moves forward with it, the act wouldn’t cover all of the estimated 32 million workers without paid leave nor would it allot enough time for people with serious illnesses like COVID-19 to recover.

As Porter sees it, passing comprehensive legislation wouldn’t just serve low-wage workers but the public in general. If paid sick leave can dramatically reduce influenza outbreaks in the workplace, it’s likely that it would help curb the spread of infectious diseases like the coronavirus.

“The flu happens every year, and we know there are sick people cutting up food,” Porter said. “We know paid sick leave stops the spread of infectious disease. It just makes sense for the good of public health.”