The USDA has approved waivers for 14 states to provide meals amid school closures due to COVID-19, but there are still limitations the agency seeks to address. 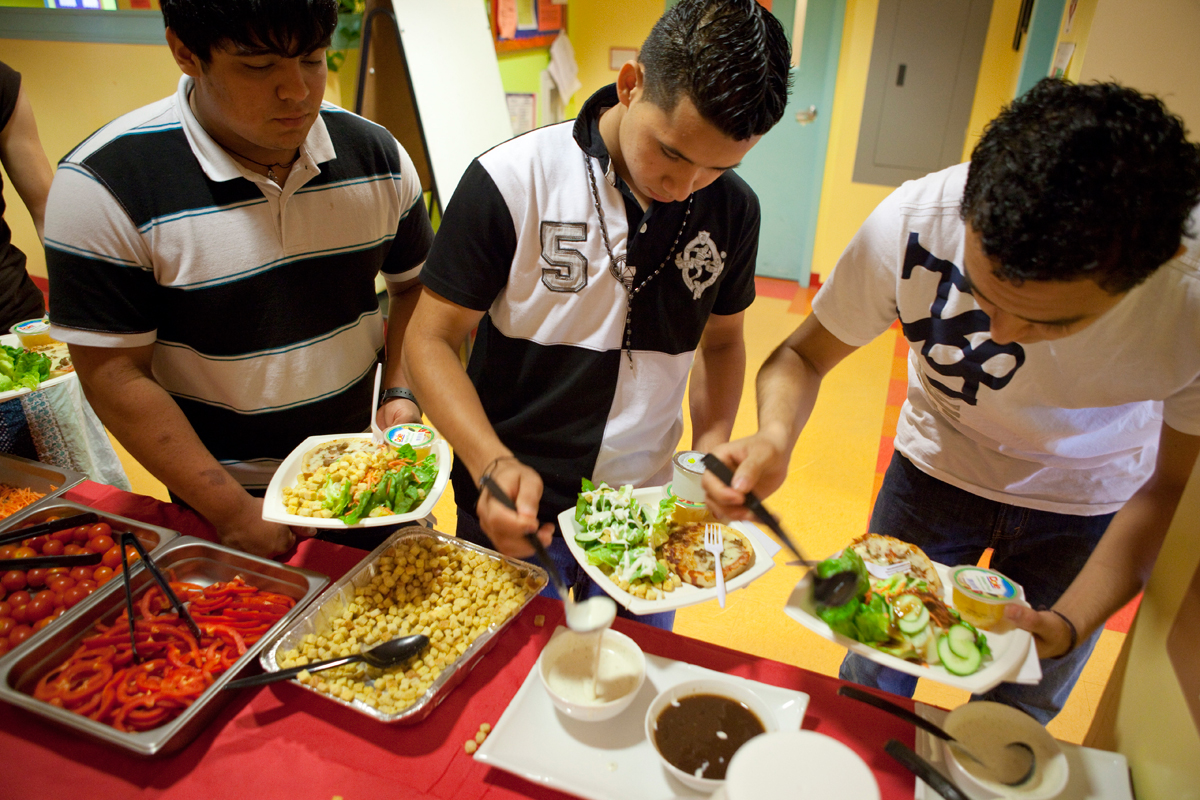 Editor’s note: This is a developing story; we will update this article as the situation changes.

March 10, 2020 update: The USDA has now approved waiver requests in three states—Washington, California, and Alaska—to allow use of the Summer Food Service Program (SFSP) to serve free meals to low-income children affected by school closures, and also waiving the SFSP’s requirement that children eat these meals in a group setting.

This morning, Agriculture Secretary Sonny Perdue also made clear that such waivers will be made freely available to any other state that needs one. Speaking before the House Agriculture Committee, Perdue told lawmakers (comments start at 47:25) that, “Our legal counsel tells us that we have to be asked, [so] we’ve sent the message to all the states that they can preemptively assume a positive response . . . once a waiver request comes in.”

It’s important to note, however, that even with a USDA waiver in place, states may not be able to ensure that all low-income children facing a school closure will have access to free meals. That’s because the SFSP only allows meal service at “area eligible” sites—that is, locations serving populations with at least 50 percent children entitled to free or reduced-price lunch, based on the latest U.S. Census data or school enrollment data. So while low-income children in any part of these states are technically entitled to free meals, as a practical matter, they may live too far from an approved meal distribution site to take advantage of this benefit.

Perdue is aware of this significant limitation and addressed it with federal lawmakers this morning, telling them that “We would love” to allow meal service outside of high-poverty areas, but “we don’t believe we have the legal and statutory authority” to do so. “That’s something we need to look at together,” he added.

The USDA also has yet to respond to an open letter sent to the agency last week by the School Nutrition Association (SNA), asking for additional flexibilities to make it easier to feed children during COVID-19-related school closures. SNA spokesperson Diane Pratt-Heavner told Civil Eats today, “We encourage USDA to consider SNA’s additional suggestions, in particular ways to allow all schools the opportunity to serve needy students. This is an evolving situation with many unknowns and complex considerations that vary from one community to the next. SNA will continue conversations with our members, USDA and allied groups to continue to identify solutions moving forward.”

March 7, 2020 update: USDA has approved requests by Washington state and California to allow meal service during school closures. The waivers run through June 30, and will allow food to be served in non-group-eating settings.

The original article begins below.

The rapidly growing spread of COVID-19, the disease caused by the novel coronavirus, has forced the closure of schools in 22 countries on three different continents, according to UNESCO. In the U.S., as of Thursday, just a small number of schools are closed in Washington, California, and New York—so far—but 13 countries have taken the drastic step of closing all their schools nationwide. As a result, nearly 300 million school children are at home right now, with some able to keep up with their studies remotely while others are surely losing educational ground.

But missing school can mean more than lost instructional time; it can also deprive children of critically needed nutrition. In this country, more than two-thirds of the 31 million students who regularly eat school lunch are economically dependent upon the meal, and low-income kids similarly constitute the majority of the 14.6 million who eat school breakfast and the 1.3 million who receive an after-school supper.

So what will happen to at-risk children if this school-based social safety net falls prey to the growing pandemic?

That question is no longer hypothetical. Earlier this week, when Los Angeles declared a state of emergency due to COVID-19, parents in the nation’s second-largest school district were told to plan for school closures. In Washington state, where 11 people have so far died from the illness, a number of schools were closed temporarily for deep cleaning, while others will remain closed for the next two weeks. And in New York’s Westchester County, four schools recently closed after a local man there tested positive for the virus.

Kathy Reeves, director of communications in the Everett School District in Washington state, says the question of school meals has been very much on the minds of officials in her district. “Right now, we’ve had just one closure,” she said. “But we have a large number of kids on free and reduced-price lunch, and these kids are going to have a very hard time getting food each day if there are widespread closures. We’re working on contingencies right now.”

Fortunately, Reeves’s district doesn’t have to figure out those contingencies entirely on its own. The U.S. Department of Agriculture (USDA), the federal agency that oversees the nation’s school meal programs, has long had guidance in place for feeding children during unexpected school closures—whether caused by extreme weather, safety concerns, labor disputes, or other unforeseen causes.

According to the most recent USDA guidance memorandum, any districts pre-approved to do so may continue to serve meals during a state- or federally declared state of emergency by offering those meals under the Summer Food Service Program (SFSP) or the National School Lunch Program’s Seamless Summer Option (SSO). Both of these programs were created to feed low-income children during the summer months by allowing meal service at sites like libraries, churches, and community centers, and that very flexibility makes these programs particularly adaptable to emergencies that occur during the school year.

But the SSO and SFSP also have some limitations that could prove problematic during a COVID-19 outbreak. For one thing, not all districts have been pre-approved by their relevant state agencies to participate in these programs; they would instead need to seek a waiver in a COVID-19 outbreak. While likely to be expedited, the process would still add an additional layer of bureaucracy that could slow down relief efforts. In addition, while some districts in the past used their schools as emergency food-distribution sites, the agency’s most recent memo put a stop to that practice; it now also requires a waiver to allow SFSP or SSO meal service at schools.

And finally, both the SSO and SFSP specifically require “congregate feeding”—providing meals to children in a group setting—a practice that may be ill-advised in the context of a viral outbreak. Indeed, in its own COVID-19 guidance to schools, the Centers for Disease Control and Prevention is encouraging administrators to “design [meal distribution] strategies to avoid distribution in settings where people might gather in a group or crowd . . . such as ‘grab-and-go’ bagged lunches or meal delivery.”

For these reasons, the School Nutrition Association (SNA), the leading association of school food professionals, is now seeking even more flexibility in responding to potential COVID-19-based school closures. In an open letter sent yesterday to Agriculture Secretary Sonny Perdue, the organization asked the USDA to waive requirements for congregate feeding, allow all districts impacted by coronavirus closures to participate in the SFSP, even if not pre-approved, and allow SFSP meals to be served at school sites, in addition to community sites, without a waiver.

It also asked the agency to permit districts to deliver meals to satellite sites, “so schools equipped to do so can deliver meals to multiple locations throughout the community, minimizing families’ dependence on public transportation to access meals.” And the SNA urged the USDA to maximize the availability and use of USDA commodity foods for emergency feeding operations, and to minimize complicated or burdensome regulatory requirements for districts seeking to launch emergency feeding operations.

On Monday, the SNA’s leadership will address these proposals with the USDA in person: The organization’s annual Legislative Action Conference was already slated for this coming week in Washington, D.C. While the SNA will still be pushing its legislative agenda, spokesperson Diane Pratt-Heavner says the organization also plans to use the occasion to pose its COVID-19-related concerns to USDA officials—including Perdue, who is scheduled to appear.

Whether and how the USDA responds to the SNA’s letter and concerns remains to be seen. An agency spokesperson told Civil Eats that the “USDA is monitoring the situation closely in collaboration with our federal and state partners” adding that “all of our programs—including SNAP, WIC, and the National School Lunch and Breakfast Programs—have flexibilities and contingencies built-in to allow us to respond to on-the-ground realities and take action as directed by Congress.”

And in fact, the agency does have a good track record of relaxing regulations as needed to more nimbly feed school children during various crises. In 2017, for example, when schools in Oregon were closed due to poor air quality caused by wildfires, the agency approved the state’s request to allow children to take home individually sealed meals instead of eating them on site. Similarly, the USDA has waived certain meal requirements on an as-needed basis, such as allowing schools to not serve milk when it wasn’t locally available following a natural disaster, and it allowed New York City to serve free meals to all school children in the aftermath of Hurricane Sandy.

“The USDA has taken a proactive approach in the past,” agrees Crystal FitzSimons, director of school and out-of-school time programs at the Food Research & Action Center. “And we’re hopeful that they continue to do so, because there may be a tremendous amount of need if school closures become more widespread.”

At the top of FitzSimons’s wish list would be allowing children to have access to multiple non-perishable meals if needed. “If a child is facing a two-week school closure, it would be great if USDA not only waives the congregate feeding requirement but also allows schools to say, ‘Here’s 10 breakfasts and 10 lunches that you can take with you and help carry you through.’ That would go a long way,” says FitzSimons. “Because in situations like this, it’s always the low-income people who get hurt first.”