With the help of forest-grown certification, the intentional cultivation of crops in wooded areas can offset over-harvesting of foraged plants like black cohosh, ramps, and goldenseal. 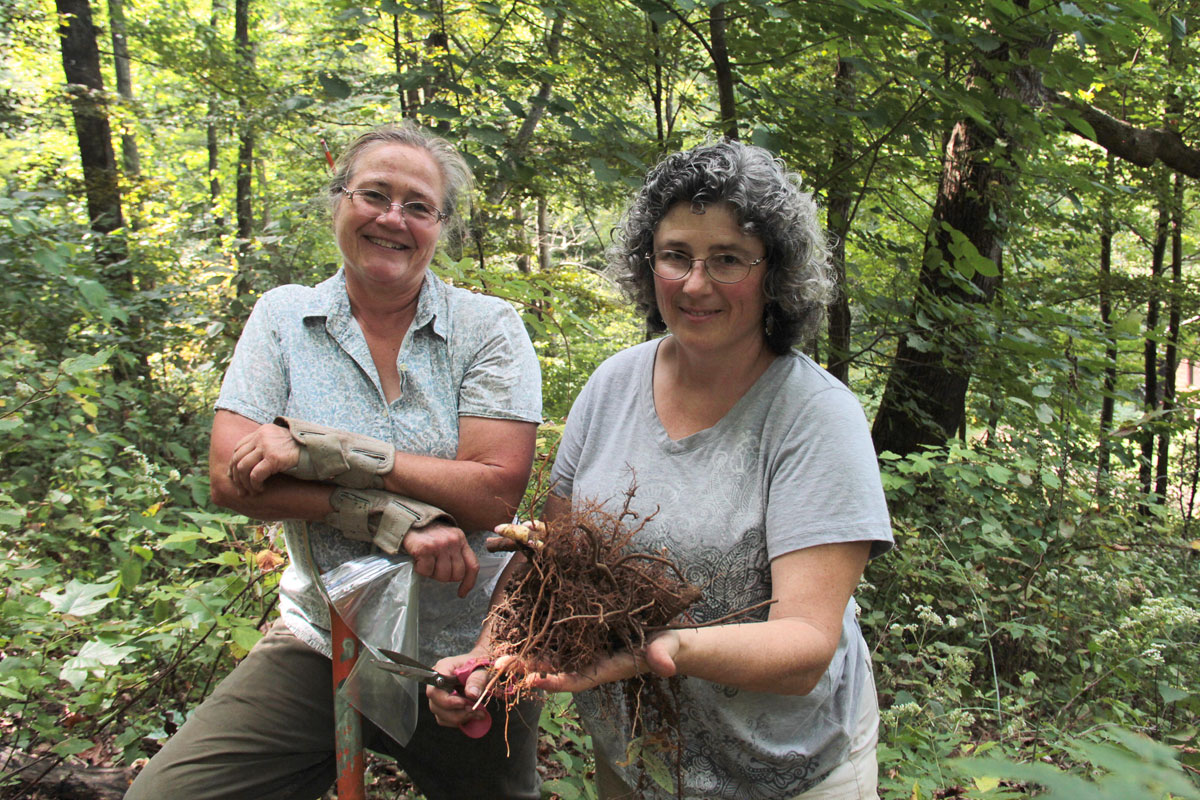 Although Michelle Pridgen knew black cohosh was growing on the forested acreage of her Windy Hill Farm in western Virginia, she never considered adding it to the list of crops she harvests—until a regional forest farming coalition asked if she’d participate in an experiment they were conducting.

“In the regular wildcrafting market, black cohosh is a low-value product,” Pridgen explains. “I agreed to be a test case [for the Appalachian Beginning Forest Farmer Coalition (ABFFC)] to see if getting [United Plant Savers’] Forest Grown Verification (FGV) certification—and working with an herb buyer who valued knowing the source of the product and was willing to reward growers for taking extra steps to ensure sustainability of forest botanicals—would create a market.”

The Forest Grown Verification was created in 2014 to distinguish farmed products from foraged plants and establish parameters to sustainably cultivate woodland botanicals. It requires growers to follow strict practices for ethical, sustainable land and species management to protect wild woodland botanicals from overharvesting.

Black cohosh is a shade-grown, native flowering plant that is prized for the medicinal properties of its roots, which are used to treat coughs, fever, menstrual cramps, and the symptoms of menopause. But concerns about overharvesting it and other wild botanicals, including ginseng, goldenseal, and ramps, have led to new efforts to preserve wild populations. Forest farming, the intentional cultivation of crops in wooded areas, is one potential solution, because it provides an alternative wild populations, and therefor gives them a chance to rebound.

The 2015 experiment on Pridgen’s property worked. She earned $25 for every pound of wild black cohosh she sold—or 25 times more than the going rate for foraged, non-certified black cohosh. (The current market rate for FGV black cohosh is $40 per pound.) 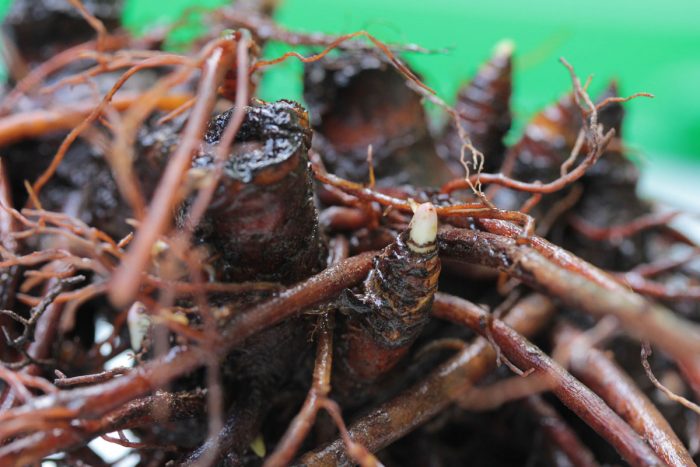 And instead of spending hours at farmers’ markets selling small quantities of the forest botanicals to multiple customers, Pridgen was able to sell the entire 25-pound harvest in a single transaction to Mountain Rose Herbs, an Oregon-based retailer of organic, sustainable, wild harvested products.

Appalachia, one of the most biodiverse regions in the world, is home to 50 medicinal plant species that are in consistent demand thanks to a booming herbal products industry that generated $8.84 billion in retail sales in 2018.

But that growing demand has a dark side. Foragers collected more than 9,000 pounds of wild ginseng in West Virginia in 2018, leading to significant population decline. Some data shows that just 6 percent of ginseng harvests were legal, and foragers often use unsustainable harvesting practices, including removing adult plants before seeds have ripened, which further decimates wild populations. 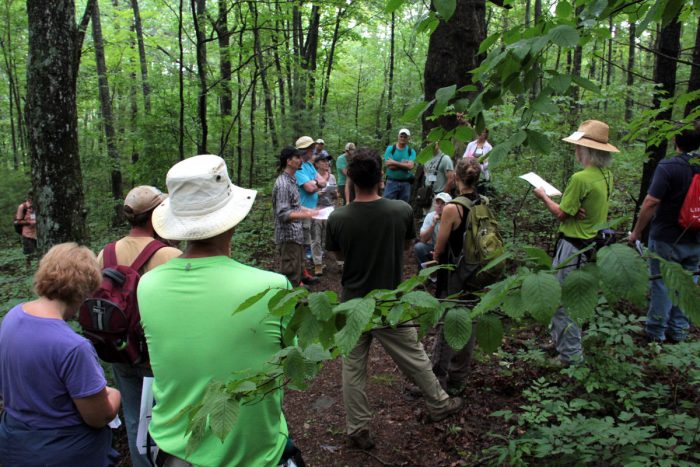 Although scant data about population levels exists, the Convention of International Trade in Endangered Species of Wild Flora and Fauna (CITES) lists ginseng and goldenseal as vulnerable species, placing strict regulations on harvesting, including limited collection periods and required permitting to harvest on state and federal lands. United Plant Savers (UPS), an Ohio-based nonprofit dedicated to medicinal plant conservation, has added multiple woodland botanicals that are native to Appalachia to its species at risk list, including black cohosh. In Quebec, overharvesting has led to strict limits on picking ramps.

Appalachian Beginning Forest Farmer Coalition was established in 2015 to formalize forest farming efforts for woodland botanicals. The coalition, which connects farmers, universities, government agencies, and nonprofit organizations, received grant funding to provide technical training to beginning forest farmers, teaching them to grow and harvest woodland botanicals while being good stewards of the land.

Regardless of the method, Munsell notes, the goal is to ensure a sustainable supply chain that poses no threat to wild populations.

“Forest farming is a model that allows industry to trace the line of production back to a farmer, back to a community, back to a section of woodland, and understand the nature of production,” he explains. “With wild harvesting, buyers along the supply chain aren’t certain when raw materials will show up.”

Providing Opportunities to a Struggling Region

Munsell estimates at least half of the 50-plus economically distressed communities in the region are in hotspots for forest botanical production and for many low-income folks living in Appalachia, foraging and wildcrafting are some of the only economic options. In a 2019 study, researchers at the University of Georgia found that overharvesting of ginseng was more prevalent in areas with high poverty rates. 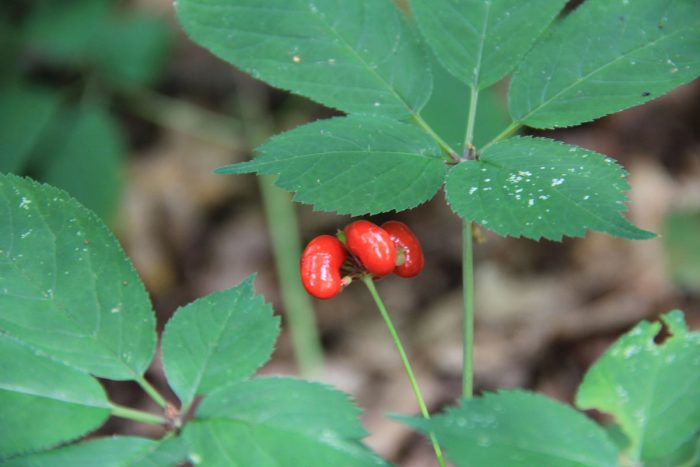 Promoting forest farming as an alternative to foraging may provide additional opportunities in the region. “[Foraging] is a deep, embedded part of the culture, and forest farming provides a little more permanence,” Munsell adds. “There are farmers in the mountains that have open space for growing vegetables but also want to extend operations into the woodlands. We’re working to get the prices for the product up so … local communities can take advantage of the opportunities, and we can ensure sustainability.”

Not all low-income, underserved communities have access to land, however, so ABFFC is working to develop common models and low-cost land leasing programs. Additionally, the coalition, which counts an estimated 700 beginning forest farmers among its members, hosts programming to provide education and technical support to help forest farmers grow woodland botanicals.

Susan Leopold, executive director at UPS, hopes to expand FGV to 30 farms and add certified bloodroot and ramps over the next three years. In the meantime, certified woodland botanicals are in high demand, and buyers are willing to pay premium prices. 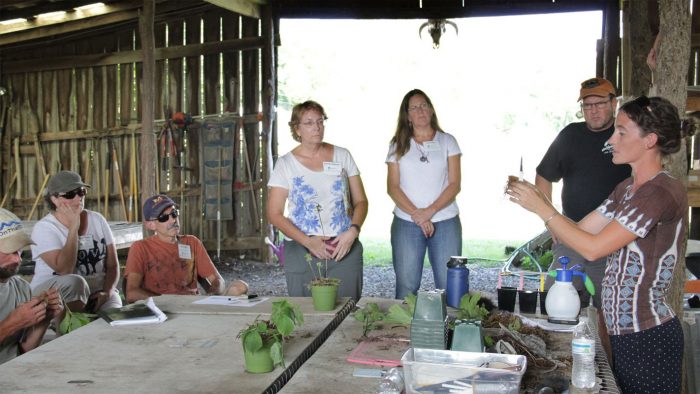 “There is way more demand than supply,” Leopold says. “A lot of people are interested in growing forest botanicals [and] consumers are excited to have access to amazing medicinal herbs without contributing to the endangerment of the species.”

The Future of Forest Farming

Munsell hopes that ABFFC will continue expanding its resources and educational programming to help beginning forest farmers get started and to support the expansion of the forest farming movement. UPS continues promoting FGV and Fair Wild, a UK-based certification that applies similar standards to wildcrafted herbs and also covers international forest botanicals.

Despite these efforts, woodland botanicals might not provide the same regular income as more conventional crops.

In Independence, Michelle Pridgen last harvested black cohosh in 2015; using the wild-stewarded approach, which increases the time between harvests, she is waiting for her woodland stand of the herb to be plentiful enough for a second harvest.

The FGV certifier, who monitors the crop to ensure compliance with program requirements, suggested she continue letting the population recover before harvesting again. Pridgen estimates the black cohosh will be ready later this year.

Although populations of the perennial, slow-growing species can take several years to mature, a growing number of forest farmers—and consumers—are willing to wait.

“I think this is going to, hopefully, get people into the mindset that this is a really specialized product,” Pridgen says. “And if we value the wild populations and the genetic diversity that we’re so fortunate to have in the Appalachians, we’ll be willing to pay more for the assurance of sustainability.”

This article was updated to correct the fact that Mountain Rose Herbs is based in Oregon, not California.