After three weeks of arguments, the jury awarded the peach-farmer plaintiff $15 million in damages and $250 million in punitive damages against the chemical companies. 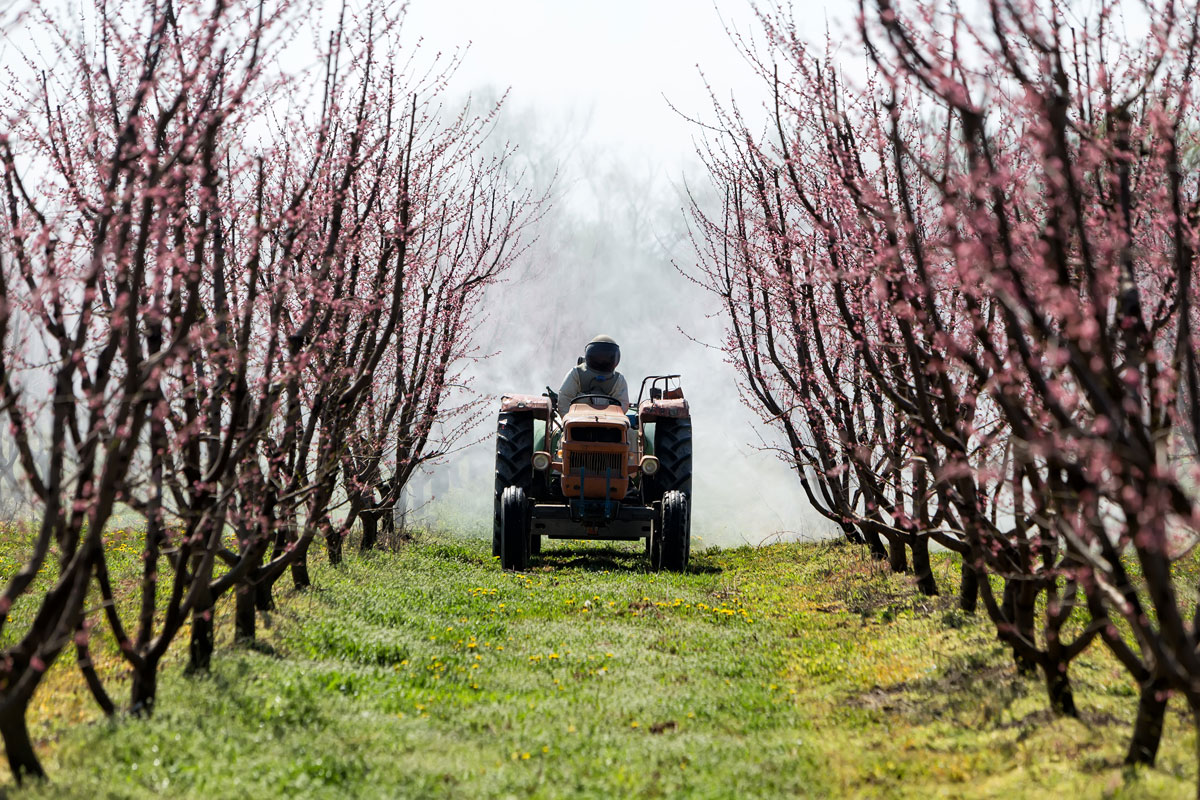 A federal jury determined that German agribusiness giants Bayer and BASF will have to pay $250 million in punitive damages to Bader Farms, the largest peach farm in Missouri, for damage caused by their dicamba-related products.

The verdict comes at the end of a three-week trial of a case where Bader Farms alleges it is going out of business because of damage incurred by the companies’ dicamba herbicides moving off of neighboring fields and harming their 1,000 acres of peach orchards.

On Friday, the jury ruled that both Monsanto, which was acquired by Bayer in 2018, and BASF acted negligently and Bader Farms should receive $15 million in actual damages for future losses incurred because of the loss of their orchard.

Bader Farms will receive a total of $265 million. BASF and Bayer will have to sort out what portion of the damages each company pays.

Bader Farms is among thousands of farms, comprising millions of acres of crops, that have alleged dicamba damage since 2015.

“It sends a strong message,” said Bev Randles, an attorney for Bader Farms. “The Baders’ were doing this, not just because of themselves or for themselves, but they felt like it was necessary because of what it means to farmers everywhere. This was just wrong.”

The lawsuit is the first of hundreds filed by farmers to go to trial. Bader’s lawsuit was independent of the outcome of a pending class-action lawsuit.

Bayer said in a statement that they are disappointed with the verdict, and Bader’s losses were not their fault. Bayer said it will appeal the decision.

“Despite the verdict, Bayer stands behind Xtend seed and XtendiMax herbicide products, which enjoy a 95 percent weed-control satisfaction rate from the farmers who use them,” said spokeswoman Susan Luke in an email. “We want our customers to know that, as this legal matter continues, we remain steadfast in our commitment to delivering them the effective and sustainable tools they need in the field.”

Luke added: “According to the U.S. Environmental Protection Agency, these tools do not pose any unreasonable risk when used according to their EPA-approved label. Monsanto took numerous steps to mitigate, and warn about, potential risks associated with its products. XtendiMax continues to be a valuable tool for growers who need effective options to increase yields and combat resistant weeds.”

BASF also said it was “disappointed” and “will be looking at our post-trial options,” said Odessa Patricia Hines, a company spokeswoman.

“Dicamba based herbicides, like Engenia herbicide, are critically important tools for growers battling resistant weeds in their soybean and cotton fields. The evidence revealed that we formulated our dicamba product to significantly reduce off-target movement and conducted extensive testing before receiving EPA approval to market Engenia herbicide in 2017,” Hines said.

Hines added that BASF will continue to provide training and work with “academics, NGOs, and state and federal agencies to address any concerns they may have regarding off target movement.”

Over the three-week trial, lawyers for Bader Farms presented more than 180 internal company documents to the jury. Those documents included projections that thousands of farmers would complain about the system, internal emails that showed Monsanto denied academics the ability to test their products and a presentation that showed BASF’s sales of dicamba spiked in 2016. 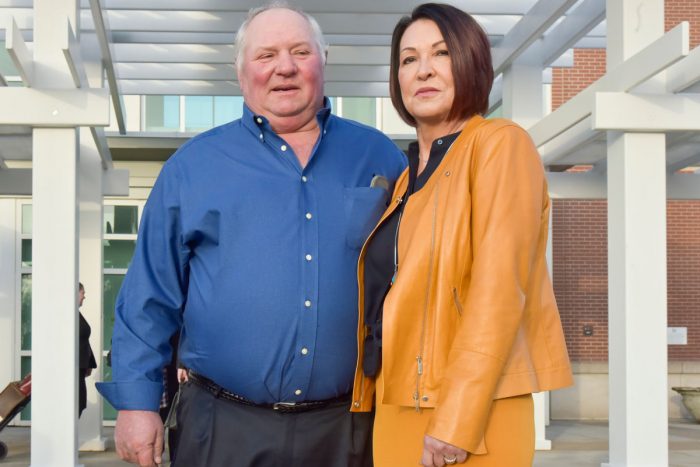 Documents also included sales projections and strategies from both BASF and Monsanto that said farmers would buy dicamba-resistant seeds in order to protect themselves.

Billy Randles, an attorney for Bader Farms, requested $200 million in damages, 2.5 percent of the company’s net worth.

BASF and Bayer deny the allegations, blaming the crop damage on farmers making illegal applications, weather events, disease and other issues. They also deny that they engaged in a joint venture or conspiracy to release the products.

With an increasing number of weeds developing resistance to glyphosate, Monsanto developed genetically engineered soybean and cotton seeds that could withstand being sprayed by dicamba, a volatile weed killer traditionally used on corn and prior to the growing season. Both Monsanto and BASF also developed new versions of dicamba, touted to be less volatile than older versions.

Monsanto released the cotton seeds in 2015 and the soybean seeds in 2016, without the accompanying herbicides. Many farmers allegedly illegally sprayed dicamba in those years, harming Bader and other farmers.

The decision also found that Monsanto and BASF engaged in a “conspiracy to create an ecological disaster to increase profits” and engaged in a joint venture in releasing the dicamba-tolerant season.

The punitive damages were only assessed for Monsanto releasing its dicamba-tolerant seeds onto the market in 2015 and 2016 without an accompanying herbicide. However, since the jury determined BASF and Monsanto engaged in a joint venture, both parties are responsible.

In an argument on Saturday morning, Jan Miller, an attorney for Monsanto, apologized to the Bader family and said the message the jury sent is “already resonating within the company.” Monsanto did not have a monetary request.

Miller pointed out that the company took steps to address drift issues prior to the their versions of dicamba being released, including putting a stipulation on the label that applicators should never spray when a sensitive crop is downwind and also helped create DriftWatch, a specialty crop registry, to protect those crops.

“At the end of the day, Monsanto is only successful if they help farmers,” Miller said. “There was no intention to go out there and harm anybody.”

Randles, in a rebuttal, dismissed that idea, and asked for a high damages total. He equated Monsanto to a criminal running out the door with money in their hand and not stopping just because they dropped a few bills along the way.

This article is the latest in the Midwest Center for Investigative Reporting‘s ongoing coverage of the dicamba trial. Visit their site for the latest updates.