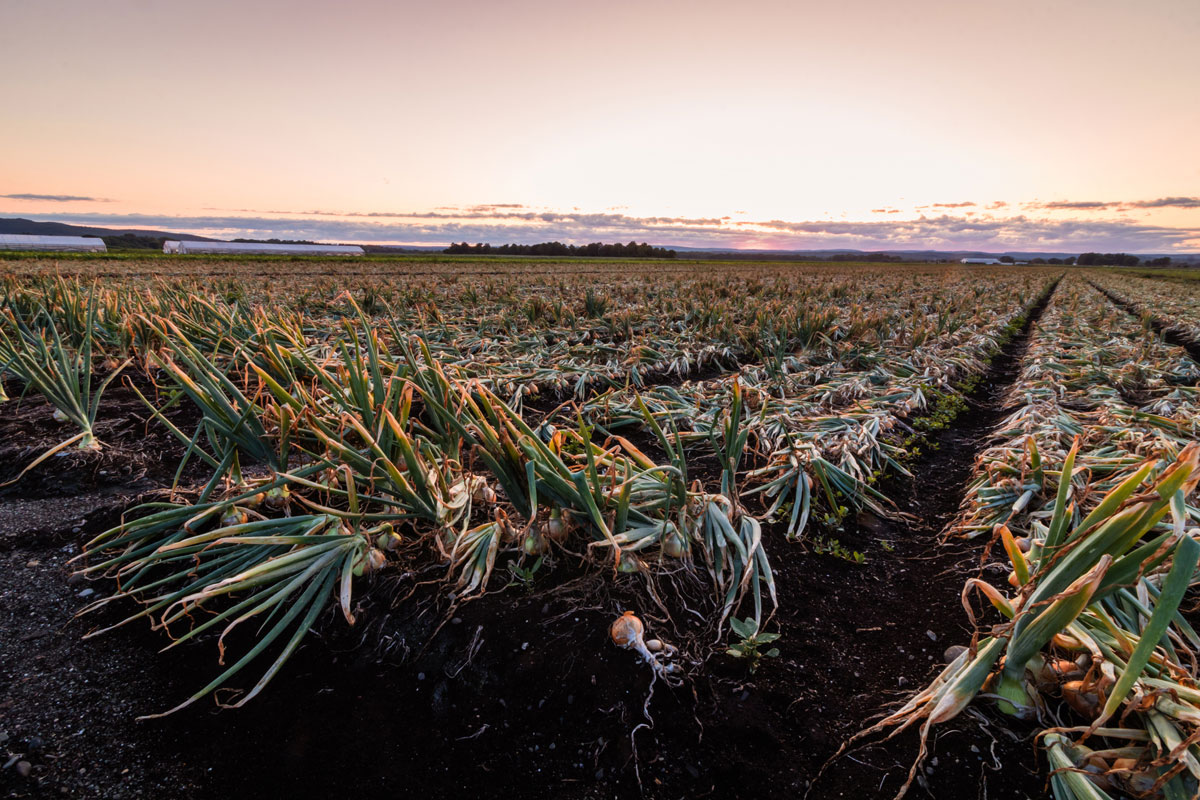 In the fertile “black dirt” region of New York’s Hudson Valley, once home to the storied onion king and his Ye Jolly Onion Inn, farmers have been celebrating the annual onion harvest with their communities for generations. But in December, as farmers were being offered a price that was equal to what they received in 1990, the unsold yellow and red bulbs were piling up and the mood was more desperation than jubilation.

“We went from $28 for a 50-pound bag down to $12 within a couple of weeks,” said Chris Pawelski, a fourth-generation onion farmer in Orange County who has been chronicling his struggles on Twitter since September. This is less than the cost of production, but farmers have been forced to sell at that low price, as buyers are suddenly hard to find. 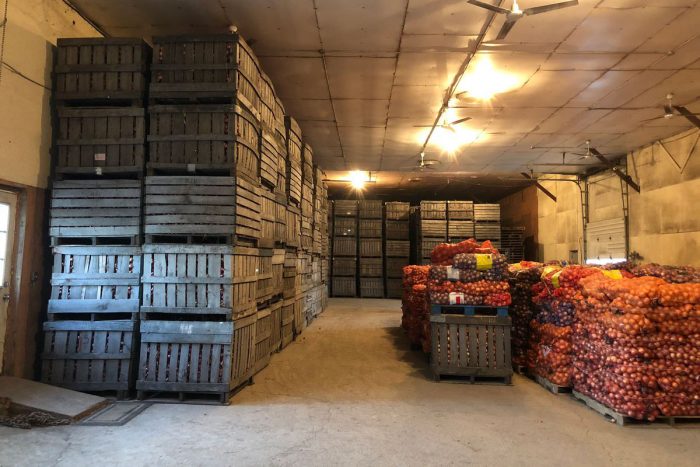 Meanwhile prices of the onions for sale at nearby grocery stores haven’t dropped, and demand has remained steady.

“Pretty much everybody is in the red,” said Maire Ullrich, a Cornell Cooperative Extension Agriculture Program Leader who has been working with farmers in the region for 30 years. “These things go bad.”

The situation has caught the attention of high-level policymakers as well. Yesterday, Senator Kirsten Gillibrand (D-New York) announced that she and Senator Chuck Schumer (D-New York) are calling for an investigation into unfair trade subsidies for Canadian growers. 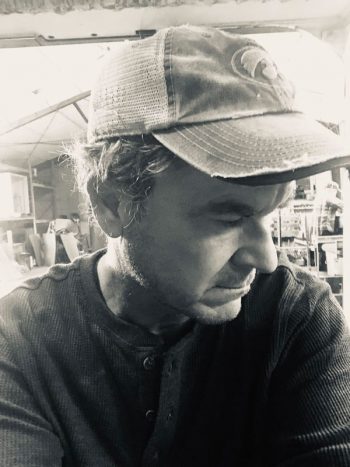 “New York State is home to prime onion-producing land, yet our farmers are unable to sell their goods in a domestic market that is flooded by cheap Canadian exports,” Gillibrand said in a statement. “Farmers across the country have been struggling to keep up with growing production costs, while Canadian exporters have been able to dump cheap onions onto the market at prices comparable to 30 years ago.”

The call for an investigation follows Gillibrand’s September letter to Secretary of Agriculture Sonny Perdue, in which she cited low prices paid for other New York state specialty crops, including apples and cabbage, and the fact that 11,000 acres were taken out of vegetable production in the state between 2012 and 2017.

“In the last 20 years, many farmers have benefited from … expanded market reporting that increased transparency and price discovery. However, the specialty crop industry has lagged behind, and an incomplete understanding of structural market forces and limited pricing data has created too much uncertainty for our growers,” she wrote, while calling for a “comprehensive review of the produce industry.”

Pawelski and many of his neighbors are mid-sized farmers. They produce way too many onions to sell them directly to local customers through farmers’ markets, but not enough to offset major losses and downturns. These mid-size farms are decreasing in number; the 2017 U.S. Department of Agriculture (USDA) Census showed that while the number of small (1 to 9 acres) and large (2,000 acres or more) farms grew, thousands of operations in the middle were lost.

At the same time, retail has become more and more consolidated, with large grocery chains dominating the market and wielding more power over produce sellers, Ullrich explained. Essentially, that means buyers are increasingly setting the prices.

At a moment when he was being offered at most 17 cents a pound for his onions, for example, Pawelski visited his local ShopRite to find that bags of local onions were selling for 83 cents a pound, leaving the grower with as little as 20 percent of the customer’s food dollar. 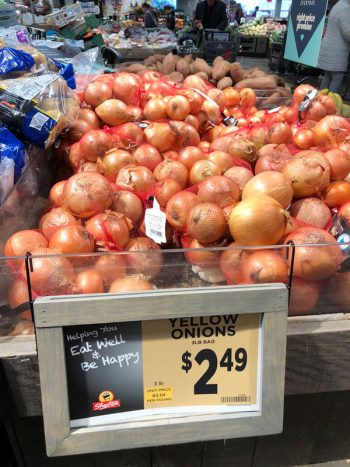 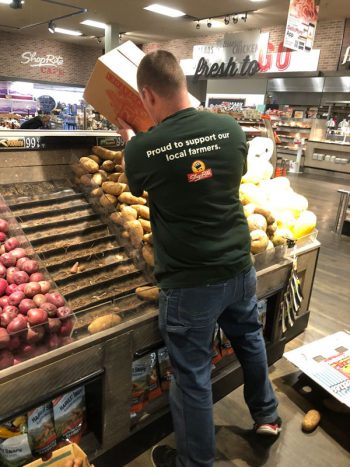 But getting to the bottom of the causes isn’t easy. Cornell professor Edward McLaughlin, who specializes in food retail and has studied the fresh produce business, said that the simple laws of supply and demand are a starting point to understand retail prices of vegetables, but that there are numerous different supply and demand factors for every single vegetable on the shelf. Packers and shippers (some of whom are also growers) set a price depending on those forces, and retailers typically mark up that price between 25 and 40 percent, he said.

In terms of demand, in the last few years, data suggests Americans are eating more onions per capita. Meanwhile, according to the United Fresh Produce Association’s quarterly reports for 2019, onions were one of the top five vegetables sold in the U.S. in the first three quarters of the year, with 60 to 83 percent of households buying them. The reports also show total sales, total pounds sold, and average retail prices per pound were up in every quarter compared to 2018.

However, the pounds of onions sold increased at a much lower rate than the total dollar sales increased, indicating that higher prices—not increased volume—must be contributing to higher total sales. In the third quarter, those same trends were true across the vegetable category (although not for fruit).

So, if prices for onions and other vegetables were up and farmers report being offered lower prices, where is the money going? 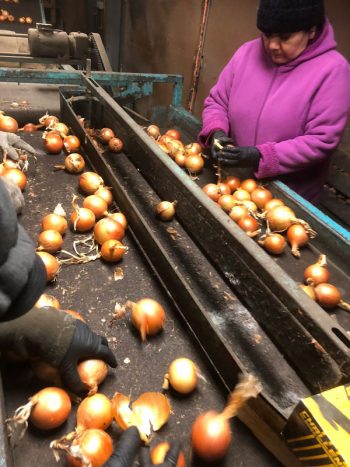 To dig into that question, Gillibrand’s office analyzed USDA market data on five popular New York crops between 1999 and 2019. They found that, on average, prices paid to farmers reportedly did go up over time. But the rate of increase in wholesale prices was much higher, suggesting an unstable market.

In the case of onions, however, the USDA data showed that the price paid to farmers rose at a higher rate than the wholesale price. Gillibrand’s office said that data doesn’t reflect what they’ve heard from farmers, so it is likely inaccurate. The Senator’s office called for “real farmer data to help discover real, local pricing information.”

Pawelski also pointed to a system of “internet bidding” that he says retailers use to solicit bids for produce contracts. Distributors must place a public bid stating the price for which they are willing to sell onions and the lowest bidder tends to win the contract, essentially driving prices down as low as possible. Ullrich also mentioned that system, but said it’s unclear which companies are using it. (ShopRite did not respond to Civil Eats’ questions about whether or not it engages in internet bidding.)

John Harris, an onion repacker and produce distributor who owns Paradigm Fresh in Colorado, said he does know of one U.S. retailer that used internet bidding but that it’s not so widespread that Harris has had to engage in it. “We don’t have any interest in doing business with companies like that, and I think a lot of people share that sentiment,” he said.

Farmers can be left in the dark either way, as there’s essentially no transparency about the prices they get offered, and no real way to for most to find other markets either.

Pawelski has run into data companies that offer lists of buyers to farmers for upwards of $1,000, with no guarantees that the lists will result in sales. “This is an industry that screams for oversight,” he said.

Several sources Civil Eats spoke to suggested that cheaper Canadian onions may be flooding the market. While the volume imported from Canada between September and November 2019 dropped slightly, overall onion imports were up significantly compared to the last 10 years. And Harris said many of the onions that do make it in to the country from Canada end up in the Northeast, where they can hurt New York farmers.

“Canada had a really, really big crop this year, so they’re going to be competing directly with New York,” Harris said. “Canadians can actually sell onions for a buck less [in Canadian dollars] and get more than what a U.S. shipper would get because of the exchange rate.”

At Pawelski’s local ShopRite, he says the vast majority of onions for sale in December were from Canada. That’s despite more than 7,000 acres of onion production in New York State, including a sizeable percentage of acres located within 20 miles of the store.

(Civil Eats contacted several organizations in Canada, including the Canadian Produce Marketing Association, but none had data to share on 2019 produce exports yet.)

And, overall, the amount of fruits and vegetables imported into the U.S. has been growing over time. “It’s fair to say that domestic product is under much more competition from foreign product than it was 20 years ago,” McLaughlin said. “Logically it would follow that it’s affected prices, but I can’t say for sure.”

It’s also unclear how the recent passage of the U.S.-Mexico-Canada Agreement (USMCA), a replacement for NAFTA, will affect farmers. Many agriculture groups support the agreement because it maintains export markets for growers, but others argue cheap produce imports, especially from Mexico, will continue to undercut domestic growers, as they did under NAFTA. (The National Onion Association, for one, lobbied for the passage of the USMCA.)

For now, farmers say they need more clarity on what the factors affecting prices are, so that they can run their businesses more effectively. 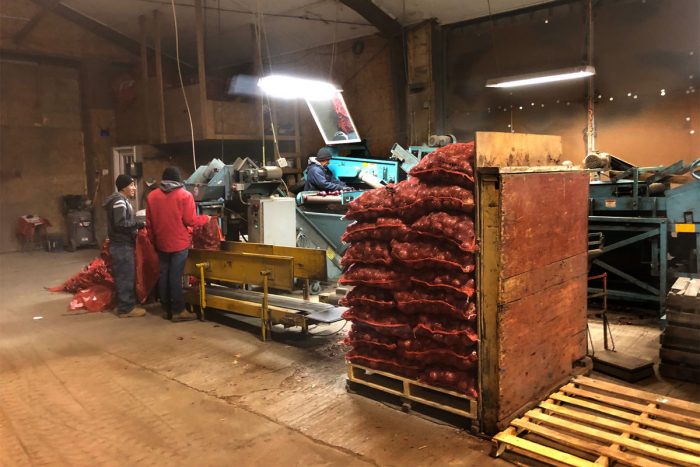 “One of the proposals I have is for [USDA’s Economic Research Service] to do a comprehensive study on what happens to that onion [between] my loading dock and the grocery store,” Pawelskia said. “How is it sold? Who is making how much money? Right now, I can’t tell you that, and it’s because I’m purposely kept in the dark.”

As of press time, Secretary Perdue has not yet responded to that call.