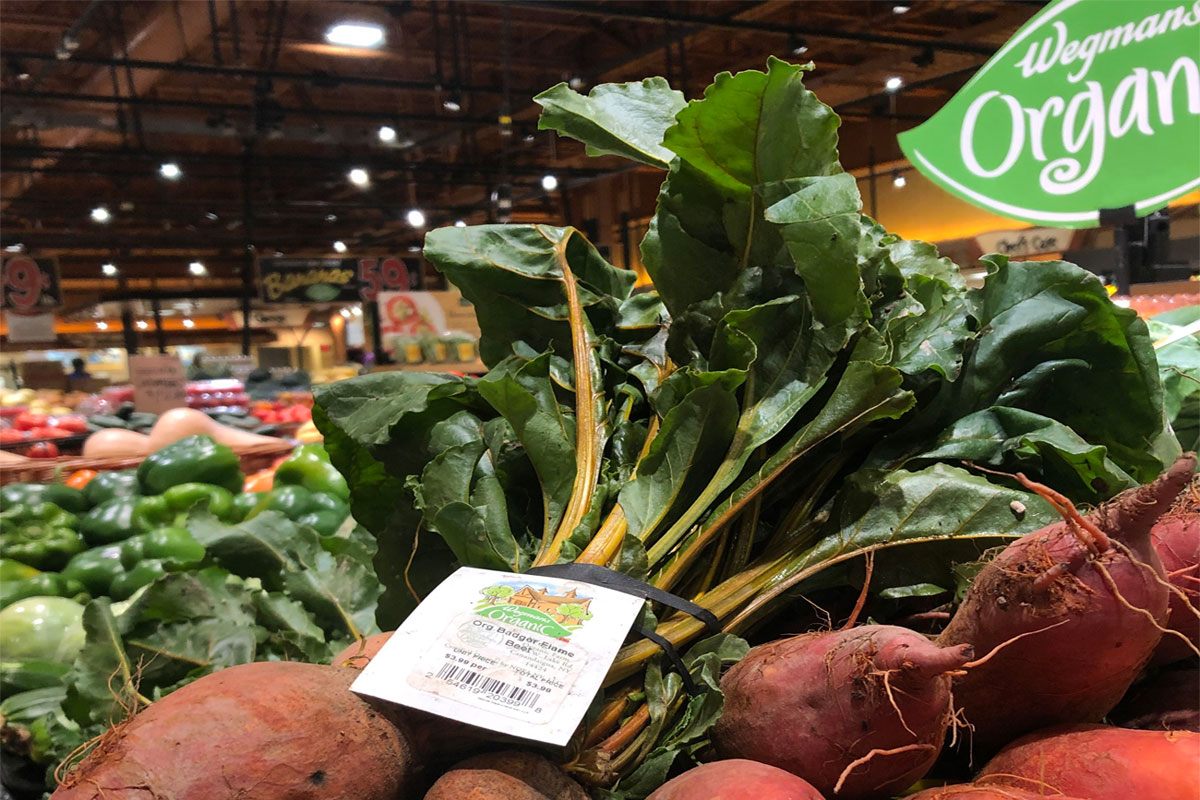 “You know, we’re not talking about lobster or foie gras,” said Chef Dan Barber one afternoon in December. As staff members streamed in and out of Blue Hill at Stone Barns’ dining room preparing for evening dinner service, Barber sang the praises of the flavor-packed vegetables released by his two-year-old company, Row 7: the squat koginut squash, deep purple Beauregarde snow pea, and no-heat habanada pepper.

His hope, he added, is to get these foods “out of this white tablecloth cathedral and into the hands of the everyday shopper.”

Founded with plant breeder Michael Mazourek and seed farmer Matthew Goldfarb, Row 7’s mission is to disrupt seed monopolies and breed delicious, healthy plants that more people want to eat. And they’re on the path to doing just that.

After expanding the company’s network to more than 100 chefs in 15 countries, selling seeds to more than 5,000 farmers across the U.S., and watching as farmers’ market bins began to overflow with their diminutive honeynut squash, Row 7 is moving into grocery stores. Starting with the 2020 harvest, New England grocer Wegmans will sell the company’s orange badger flame beets—and Row 7’s story—at all of its 101 stores.

Slinging produce at supermarkets may be an unexpected strategy from a Michelin-starred, farm-to-table chef who has long voiced opposition to the corporatization of the food system. But Barber said he sees the partnership—and an overall push into grocery stores—as the best way to get the food and its message to the masses.

“Our goal to bring more transparency and storytelling to the consumer around where their food comes from, beginning with the seed,” he said. “That’s a conversation that has already taken root in farmers’ markets, but it needs to extend to retailers in order to change the way we grow and eat at scale.”

How does one create a viral vegetable? Start by increasing the flavor and adding extra nutrients. Then, shrink the whole thing so it looks super cute when photographed in a single hand. That’s what (unintentionally) worked for the honeynut squash, the miniature butternut relative that put Row 7 on the map. 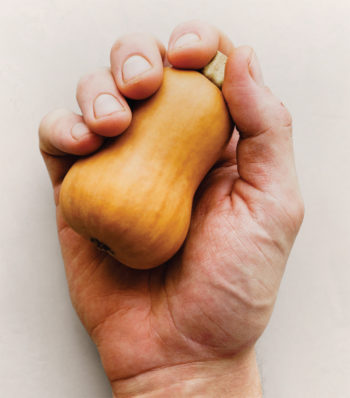 Mazourek began breeding the winter squash about a decade ago, building on the work of his predecessors at Cornell University. In 2013, farmers started buying the seeds and selling out of the squash at markets and it has since become so popular that it’s been referred to as the “moneynut.” Soon, the honeynut was available at grocery stores all over, including supermarket chains like Whole Foods and Trader Joe’s. And the internet is full of recipes demonstrating various ways to cook it. Ark Foods, a produce and packaged foods company, sells two different honeynut squash “snack packs.”

Barber said the jump from market darling to supermarket sensation was harder than it looked, because of the plug-and-play nature of the wholesale produce market. “‘We don’t have a SKU for that. That’s not butternut squash,’ That was their response,” he said. “Well, they created another SKU, because the demand is out of control.”

Most vegetables, however, experience a much humbler path to a regular place on eaters’ plates, which is why Row 7 sees partnerships as a path forward.

Wegmans was a natural fit, Barber said. Started in Rochester, New York in 1916, it now operates across the Northeast and the Mid-Atlantic. It regularly tops rankings of the most-loved supermarkets in the U.S., and inspires headlines hinting at its cult-like following. It also has a reputation as a leader in stocking fresh, healthy food. “They’ve always been one step ahead of everybody else when it comes to produce,” said Phil Lempert, the “Supermarket Guru.”

Wegmans already had infrastructure in place that would allow the company to test how well the vegetables would grow and sell, and to educate consumers on the new varieties. At its own organic farm and orchard in upstate New York, Wegmans’ farmers tested seven acres of badger flame beets to gauge how the beets would perform if they decided to ask growers in their network of 34 organic farms to plant them. Then they rolled the beets out in select stores to gauge how customers responded to them.

But just adding a SKU and expecting people to select a bright orange vegetable they might not recognize as a beet was not going to cut it. Wegmans created signage and in-store displays, and Barber spoke personally to 70 “produce ambassadors” who educate customers in the stores.

“We have the employees right there to talk to our customers and tell them why it’s different,” said Jessica Crabtree, the growing manager at Wegmans Organic Farm. “So, it’s not just giving a sample and expecting someone to pick up a bunch based on the flavor. There’s also a story that goes along with it … and letting our customers know that they’re supporting this partnership as well.”

In the end, the success of the trial period meant the badger flame beet was a go for permanent placement, and the seeds are being turned over to an organic farmer in the partner network to supply all Wegmans stores as soon as the next harvest arrives.

“That’s the fastest we’ve ever really had something come to market,” Crabtree said. “Even people who don’t like beets are really amazed at how much they love them. They’re also absolutely beautiful.” 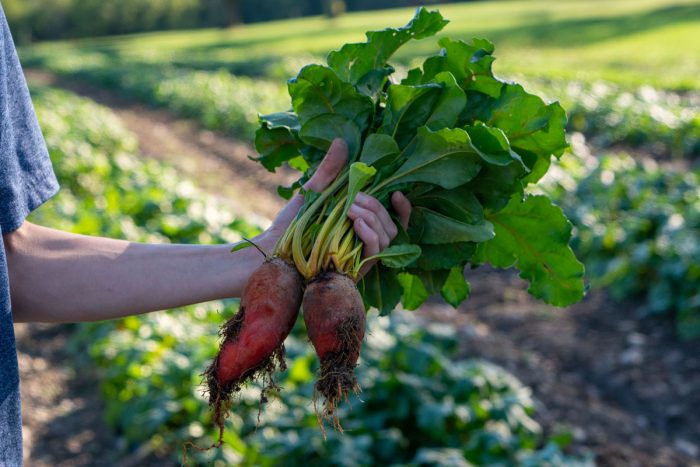 Row 7 also recently announced a partnership with Fresh Direct, New York City’s popular online grocer, to sell squash and the habanada, a pepper that retains the flavor of a habanero without the heat.

The fast-casual restaurant chain Sweetgreen, which specializes in salads, enlisted its farmers to grow the koginut squash for a signature salad in 2018. In November 2019, it also started serving badger flames at locations nationwide.

Additionally, a partnership with Bon Appétit Management Company, a subsidiary of multinational food service company Compass Group, led to trials of Row 7 vegetables being grown and served at institutions such as Oberlin College and San Francisco’s Oracle Park.

Supermarket Guru Lempert says the idea of a seed company-retail partnership is unique, but he sees it as a natural next step; conversations about farmers in the retail space have become common. “Going one step beyond that back to the seed, I think, is very smart,” he said.

The Story of Row 7 Seeds

For Barber, who has spoken about food and farming in venues around the world and authored The Third Plate in 2014, all of this is about getting the most delicious, healthy foods to as many people as possible, but it’s also about taking conversations about the food system time a step further. Or, rather, stepping back to appreciate where everything starts.

“We need to be invested in who’s developing our seeds in the same way that we’ve become increasingly invested in who is growing our food. It’s drilling deeper,” he said. “The next logical step is not just who’s growing your food, but what kind of seed is that farmer looking at, and what was the intention of the breeder?”

Barber is far from alone; the ideas of seed saving and seed sovereignty have been growing in popularity across the U.S. and beyond in recent years. Jeff Quattrone is a seed expert and advocate who founded Library Seed Bank and works with Slow Food’s Ark of Taste committee for biodiversity and International Seeds group. He said that in 2013 there were 50 to 60 seed libraries in the U.S., and now there are more than 600.

As Quattrone sees it, projects like Row 7 add an important element to our cultural understanding of the significance of seeds. “The conversation for a long time was about preserving biodiversity,” he said. “What is often overlooked is that there are a lot of people working really hard on a daily basis to create new biodiversity.”

Those new breeds can draw from the knowledge of older breeds and address modern challenges, like getting people to eat more plants (because they’re tastier) and breeding lost resilience back in to help them withstand the effects of climate change. 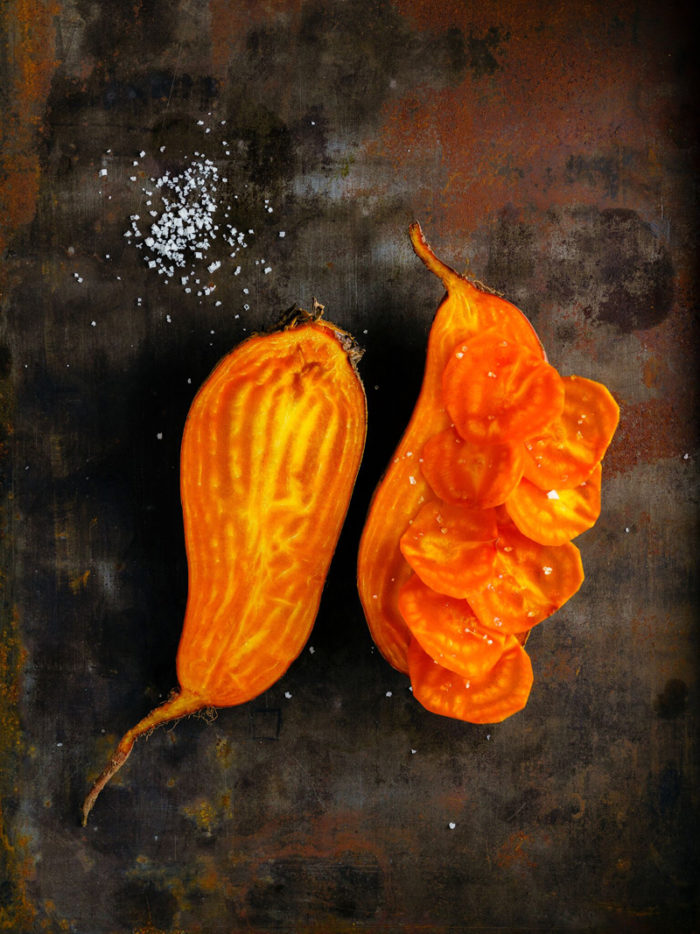 Others in the seed community question whether any business can contribute to a movement that was originally based on the idea of making seeds free to save and share.

“The thing about the seed justice and seed sovereignty movement is it’s very much separate from capitalism and companies selling and making a profit off of a commodity,” said Deborah Ni, the assistant director of Seedshed, an organization also based in the Hudson Valley. “It’s rooted in Indigenous and native leadership, in thinking about whose land we’re on, who were the original seedkeepers of this land, the concept of seed rematriation, and returning the seeds back to the community. If the problem with the seed industry is commodification of seeds and buying and selling seeds, I don’t think the solution is to buy and sell seeds in a different way.”

It may also be a leap to expect a typical Wegmans shopper to be considering seed biodiversity during a weekly grocery run. On a recent visit to a Maryland store, the produce section was filled with out-of-season fruits and vegetables from all over the world, many of them wrapped in single-use plastic, with little to no information on their provenance.

The organic vegetables, while more abundant than in some supermarkets, were mainly from California farms. In December, produce from East Coast organic farms would be seasonally limited, but there was barely a local squash or storage apple to be found. (Wegmans said about 15 percent of its organic produce comes from local partner farms, on average.)

Barber, however, says that’s precisely why he wants to help the store shift. “It’s going to require a culture shift—in the same way that the farm-to-table movement did—but we’re excited to work with partners across the food chain who are evolving in that direction,” Barber said.

Right now it’s just beets, but Wegmans is testing Row 7 squash next, and Wegman’s Crabtree said “the sky is the limit” in terms of where the partnership will go in the future.

As to whether Row 7 will eventually partner with bigger supermarket chains that have been less friendly to local producers, Barber isn’t ready to talk specifics. But with one foot now planted in a world far from the fine-dining setting, he appeared to be edging toward a less-rigid vision than the one he is known for, one based on the belief that outside of high-end restaurants, the everyday practice of eating well is significantly messier.