'I have become a turducken of rage,' writes author and blogger Tess Rafferty in an excerpt from the new book 'Rage Baking.' 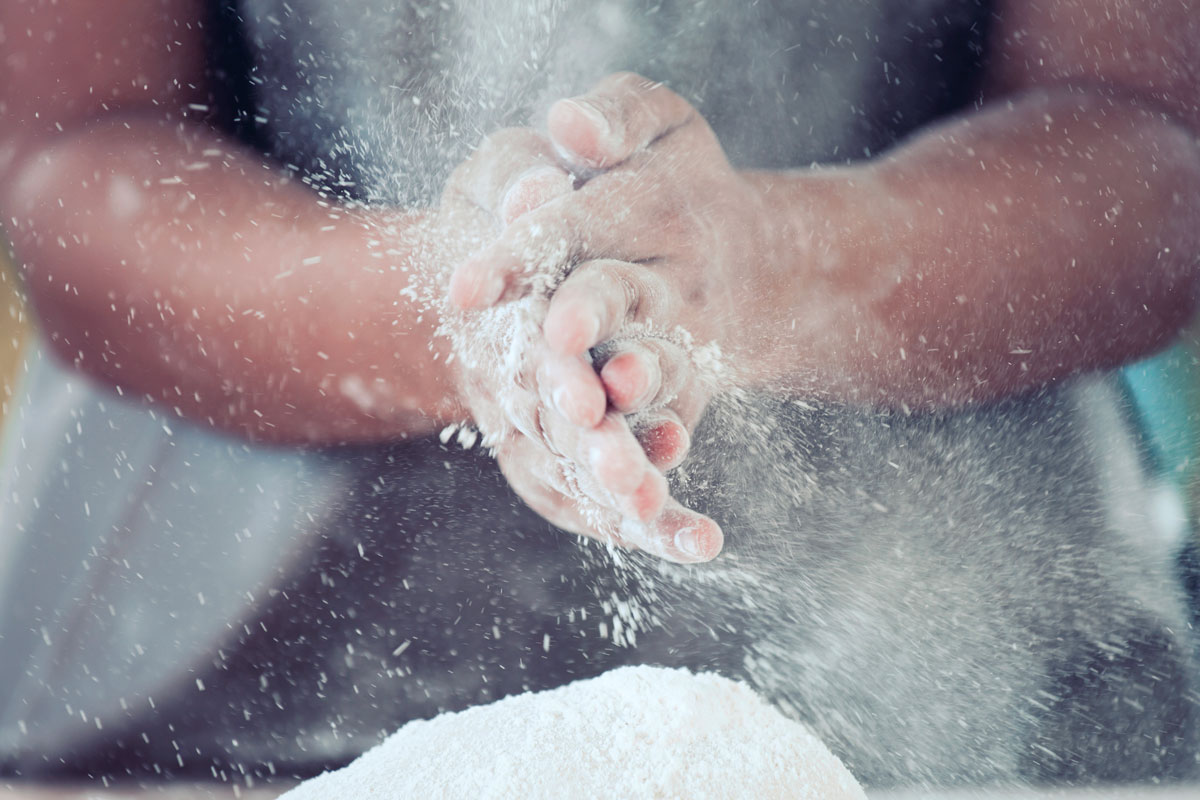 Editor’s Note: We have recently learned about serious concerns raised by Tangerine Jones regarding the origins and use of the term “rage baking” and we regret that we had not heard her perspective before publishing this excerpt.

Civil Eats asked the authors and publisher to respond, and they said, in part:

We have heard the feedback, and in keeping with that spirit of communal activism, believe it is important to acknowledge Tangerine Jones’ contributions around the phrase in future editions of Rage Baking, as well as the works of others who have used the phrase in their online publishing and social media activity.

While the authors have chosen to donate a portion of their proceeds from Rage Baking to EMILY’s List, we encourage readers to support the causes and organizations they believe in, and note that Tangerine Jones has specifically cited the Ali Forney Center, the Brooklyn Community Bail Fund, and The Campaign Against Hunger.

The original excerpted essay from the book follows below. 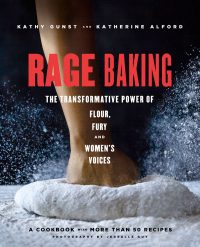 This is an excerpt from a new book, Rage Baking: The Transformative Power of Flour, Fury, and Women’s Voices, published this week by Tiller Press. The book, by Kathy Gunst and Katherine Alford, collects recipes, essays, and quotes from women leaders and encourages women to use “sugar and sass as a way to defend, resist, and protest.”

By the time we got to June 2016, I was already fed up with the blatant and vicious sexism we were experiencing during the primaries, and that was just from within my own allegedly woke party. Somehow white men had reclaimed the word “progressive,” redefining it to no longer include the goals of women. The misogyny was coming from inside the House. Of course, that was just an “amuse-douche” to what we would experience in the general election as chants of “Lock her up!” morphed into “Grab ’em by the pussy.” In case the message that America doesn’t really care about women was getting lost, having people decide it’s okay for a man to talk to you that way as long as they get a tax cut really sells it.

Gorsuch. Kavanaugh. Roy Moore. The Muslim travel ban. The transgender military ban. The abortion ban. A Möbius strip of attacks on the Affordable Care Act. Voter suppression in North Dakota. Voter suppression in Texas. Stacey Abrams having the election stolen from her like a mugging in broad daylight that bystanders don’t want to get involved in. The outrages pile up like the layers of a chocolate trifle. We can’t even fully experience the despair and anger of one event before the next one is already happening.

And when I can’t stand it anymore, I cook.

Baking is a good distraction: it prevents you from hitting refresh on both your browser and your outrage. It gives your mind a focus besides constantly wondering if you’ll ever sleep through the night again. You can’t afford to not be present while you’re measuring out 2 3⁄4 teaspoons of salt or wielding a knife: That will make for some awful-tasting cookies and at least one trip to urgent care. By being present while the oven heats up, we avoid getting heated up by our being present.

Women have never been more energized to fight back: We make calls, we protest, we run for office. We volunteer and fund-raise and register voters. We are doing everything we can today to create a different tomorrow. But a “different tomorrow” can be hard to quantify and so much of what we do is send our energy out into the ether, never really knowing what its effect is, or if it even had one. The nice thing about baking is that you can actually see the results. You have a tangible product for your efforts, one that tastes delicious and fulfills our most basic needs: sustenance. And we all need something to sustain us right now.

But it’s not just our bodies or our mental health that we are sustaining when we hit the snooze button on the news cycle and hit a ball of bread dough instead. We are also sustaining this movement. Taking the time we need to refuel allows us to wake up and fight another day with renewed energy and spirit. And so our rage fuels our cooking and our cooking fuels our rage. 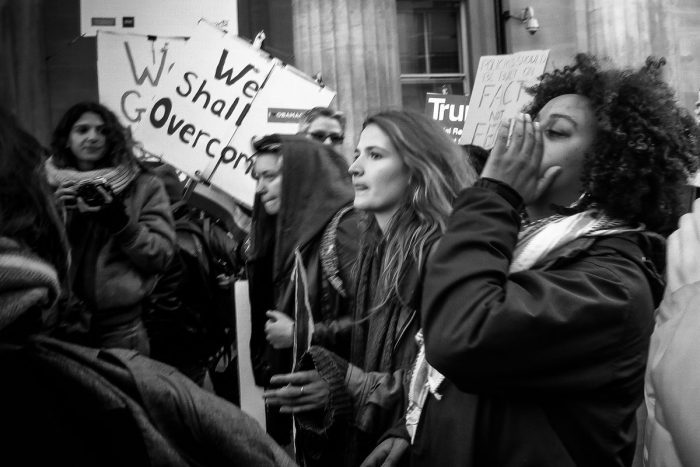 Women marching during the 2017 Women’s March in London. (Photo CC-licensed by Nessie Spencer)

Tess Rafferty is a veteran television writer and the author of the memoir Recipes for Disaster, as well as the weekly cooking/political blog Recipes for Resistance. She is a regular contributor to DAME Magazine, where she pens the 'She Is Running' newsletter. Read more >