The native tropical fruit may soon have a broader growing range as the climate changes, providing a potential new cash crop. 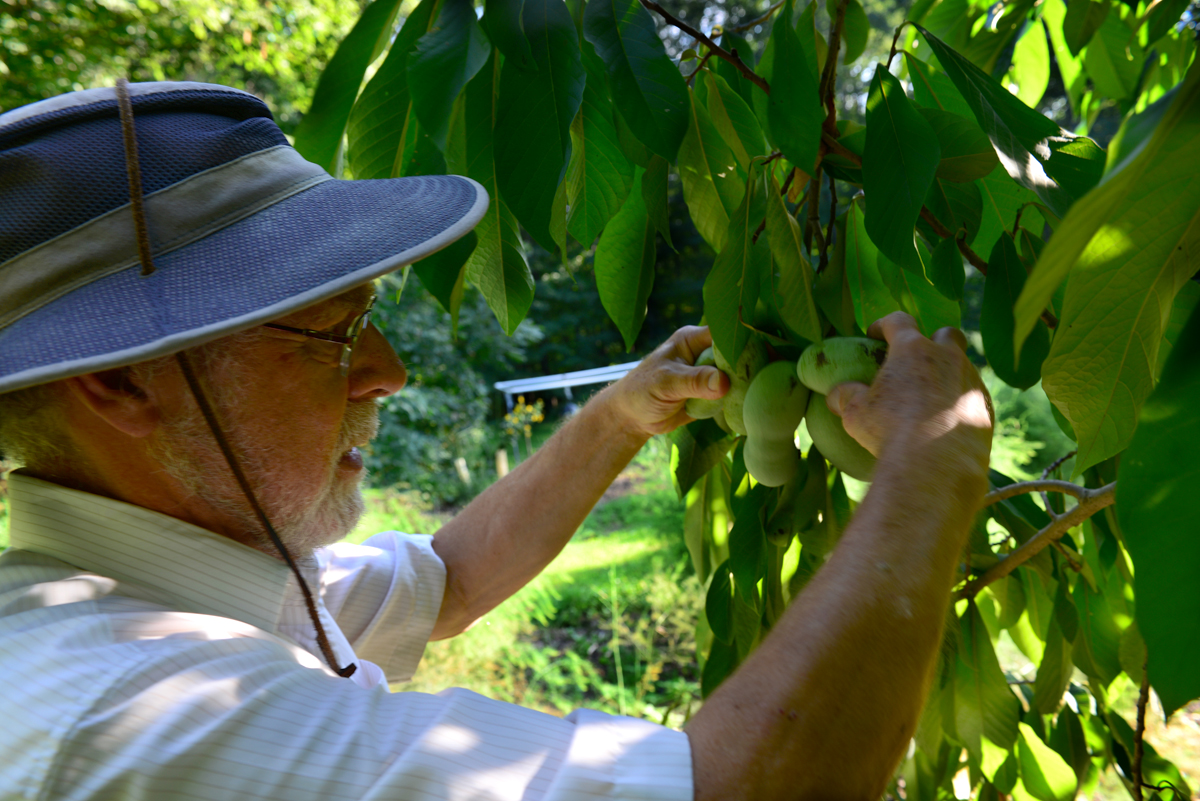 “Please don’t write about my farm” is a rare response for a reporter to get, but such was the case when I inquired about the 2019 pawpaw crop at Rocky Point Farm, and the reason became clear quickly: not enough supply and overwhelming demand. 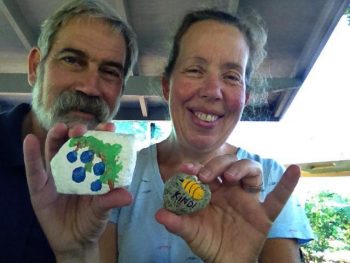 “We get bombarded by people each year who want to buy the pawpaws. It is a nerve-wracking experience to not have enough to go around,” explained Rhonda Shumaker. In 2012, along with her partner Joe Gouveia, Shumaker bought the Rhode Island farm, which mainly grows blueberries.

“We have a huge following for the pawpaws and have a line of 40 or more people waiting when we open. We sell out in a few minutes on most days.”

Also called the Indiana banana or the American custard apple, the pawpaw is the largest native North American fruit and has a legendary flavor—many describe it as a cross between a banana and a mango. Pawpaws are commonly available in the heart of their original range, from the Gulf Coast Plain to the Lower Midwest and east to the Mid-Atlantic states, but they’ve approached mythical status in the northeastern states due to a nearly complete lack of availability and shelf life of just a few days.

Although pawpaw trees look tropical and the fruit tastes exotic, they are adapted to cold climates. They can survive temperatures of -25°F without damage, are grown as far north as Ontario, and need a period of freezing for their seeds to germinate. And climate change may open up new regions for prospective pawpaw growers: a recent Harvard Extension feasibility study notes that while they’re already viable in much of the region, their range is likely to grow.

“Almost the entirety of New England will be well within the ideal growth range for pawpaw within the next 30 years,” wrote study author Anna Frej.

Other recent climate projections advise that New England’s growing season is also lengthening faster than other regions, which could move late fruits like pawpaws onto more growers’ lists of possible crops. Coupled with the high demand, many believe this is a good time for New England growers and gardeners to consider the pawpaw more seriously. 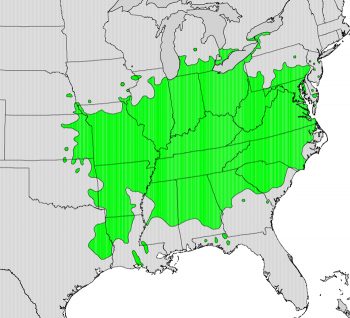 A 1999 map of the pawpaw’s natural growing range. (USGS illustration)

Rocky Point is the only retail operation in New England with a sizable and predictable annual pawpaw crop, leading fans of the fruit to drive from all over New England—as far away as Pennsylvania, a four-hour drive one way at minimum—to buy sacks of them for smoothies, jams, ice cream, or eating fresh with a spoon (custard apple is an apt name). The timing of the harvest is hard to predict, so the farm posts dates on its website for buying them on a first-come, first-served basis.

Last year, there were just six days slotted for public pawpaw procurement, and the farm’s website advises customers to “come early.” After their first day of sales on October 2, Shumaker reported there were 17 people waiting in line when the stand opened, and that all 40 pounds of ripe pawpaws were gone within minutes. (Late last year, the couple put the farm up for sale, looking for the next generation of pawpaw farmers to take over.)

New England chefs are particularly eager to buy local pawpaws. Marc Sheehan is chef/co-owner of Loyal Nine in Cambridge, Massachusetts, and he first worked with pawpaws while at Blue Hill at Stone Barns in Tarrytown, New York. Though he has bought the fruit from Rocky Point in the past, he’s hoping to find a more regular supply in the future.

“They are unlike any other native fruit; custardy, bright, and juicy. I prefer them raw when absolutely ripe, but they are great in baked goods, as ice cream or sorbet, with fatty pork or smoked or raw fish,” says Sheehan. They can easily replace banana, apple sauce, or pumpkin in baked goods, he adds, noting that he can get raw, frozen pawpaw pulp from elsewhere but prefers to buy local.

“They are one of my ‘holy grail’ ingredients,” he says. 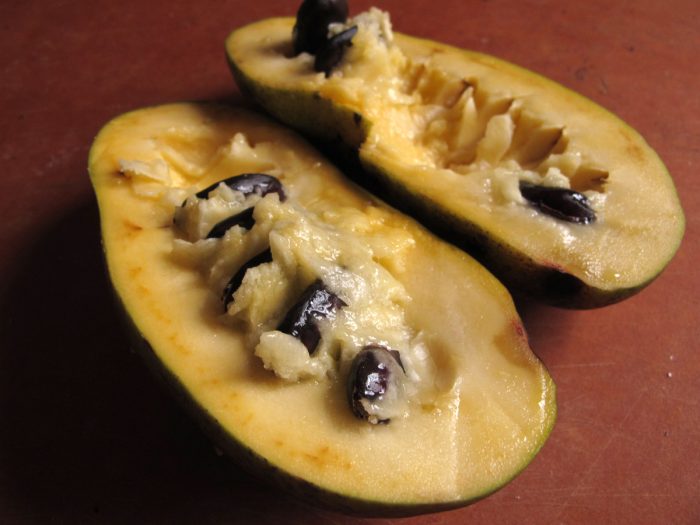 Added to Slow Food USA’s Ark of Taste in 2004, pawpaws have been on the radar of John Forti, board chair of the Slow Food chapter covering coastal New Hampshire and Maine, for far longer. The director of Bedrock Gardens, a 35-acre garden education center in southeastern New Hampshire, Forti started growing pawpaws because he likes them, but also because he feels it’s important to experiment with more southerly crops due to the changing climate—including figs and kiwi.

In early November, Forti delivered a sack of his pawpaws to Evan Mallett, chef/owner of Black Trumpet in the tony seaside town of Portsmouth, New Hampshire. Mallett says he’s worked with them for years, often blending them into ice cream and custards, or used them as a thickener in sauces like crème anglaise.

“Without a doubt, I’d buy more,” Mallett said when asked if these uses were limited by supply.  A member of the local Slow Food board with Forti, Mallett is similarly devoted. “Pawpaws may be virtually commercially extinct, but they’re a national treasure,” he said.

Are pawpaws worth the investment for farmers? While Rocky Point farm only harvested about 100 pounds this year, down from last year’s 600 pounds, they sold all of them at $5 per pound. Though farmer Gouveia estimates this accounts for less than 1 percent of the farm’s income, it’s a nice extra boost for the small farm.

Frej’s Harvard study focused on small growers like Shumaker and Gouveia, since New England’s farms are typically family affairs of fewer than nine acres, but she was able to show that it can be profitable even at the scale of one acre: “Given the assumed cost and revenue streams over 15 years… pawpaw would be a financial success,” she says.

Erik Hoffner is an environmental journalist and photographer. He is an editor at the global news source Mongabay, and an amateur pawpaw grower. Read more >