The mission-driven company has traveled a bumpy road to help an underserved population and revive a historic beverage. 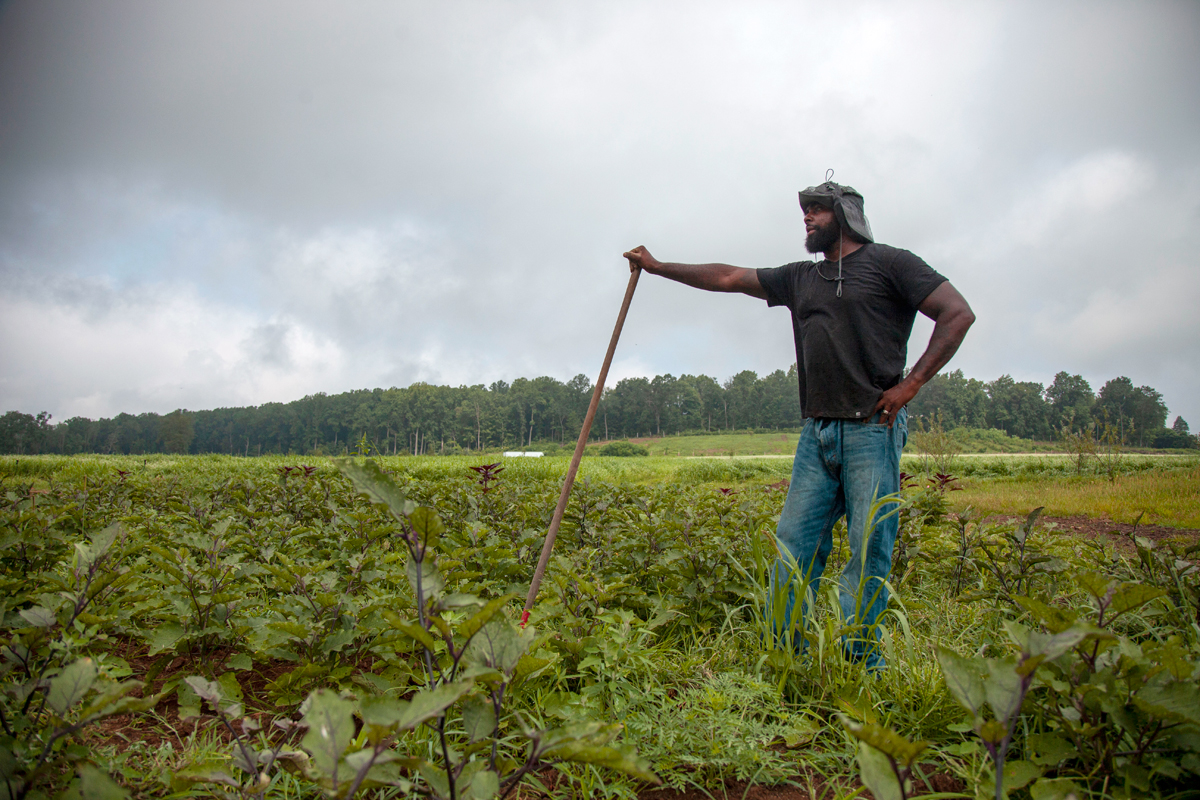 James Williams knows the precise, snow-covered day he started work cutting trees and clearing land at Ironbound Farm hard-cider orchard in Asbury, New Jersey: March 23, 2015. The father of four also remembers what compelled him to give up the “shenanigans” that sent him to juvenile detention once and prison twice for dealing drugs, and to find a job.

“A guy on the block with me, he did a lot of time,” says Williams, whose own father went to prison when Williams was two years old. “When he saw me out there [again] he said, ‘Why you being selfish, walking around when you got a wife and kids?’ I’m a certified hustler. I can get a lot of money. But that right there made me say, ‘I’m gonna work.’”

Williams is one of the 9,000 people who leave prison in New Jersey every year only to be confronted with a dilemma: What comes next? Life back on the streets beckons, with easy cash and familiar parameters, and many are likely to return to prison. According to the official stats, New Jersey’s 2016 recidivism rates were around 31 percent, about the same as the federal numbers. 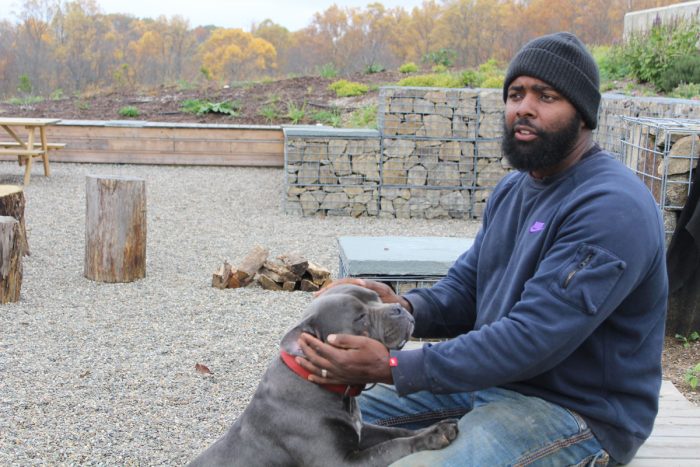 Seeking a job is hardly an obvious counter-move. Many reentrants often have interrupted educations, few viable skills, and little to no employment history. They may only have the option to earn minimum wage—currently $10 an hour in New Jersey, a rate that doesn’t cover monthly basics. And they often have a host of both practical and emotional wrap-around needs. Additionally, it’s common to have potential employers “looking at your criminal background and saying ‘no, no, no,’” Williams says.

Charles Rosen founded Ironbound Farm with these inequities in mind. A former ad agency owner who had launched several alcohol brands, Rosen was looking to put his “progressive values” to meaningful use. He wanted to “create a model for Newark’s chronically underserved people in order to rekindle the local economy,” he says. Hard cider, a historically important Newark beverage, was the fastest-growing segment of the alcohol category at the time, and a way, Rosen hoped, to build a self-sustaining business to keep his social-justice work going.

As Rosen discovered, though, even the strongest intention to do right by this hard-to-serve population does not guarantee the desired results. It does, however, offer a swift education in a thorny, deeply racist corrections system that puts a majority percentage of American men and women of color behind bars and seems to do everything in its power to keep them there.

One man and one business can’t solve the challenges underserved communities face, but can one man make his business work better for some—and serve as a role model in the process? “My success,” says Rosen, “is connected to theirs.”

It’s not that Rosen didn’t know there were challenges going in. As a “typical social-justice-warrior-white-knight,” he says, in semi-mocking self-derision, he saw the ways opportunity is stripped for communities of color in battered cities like Newark. There, only 18 percent of jobs are held by local residents, as opposed to commuters, and almost one in four Black men have been involved in the criminal justice system.

Newark is where Rosen started a workforce renewal effort in 2012—for the first year partnering with reentry organization Prodigal Sons and Daughters—with a job-readiness class for hirable reentrants. “A lot of these guys had never had a legal occupation before,” says Rosen, and the class was a way to “create a routine” in preparation for employment. 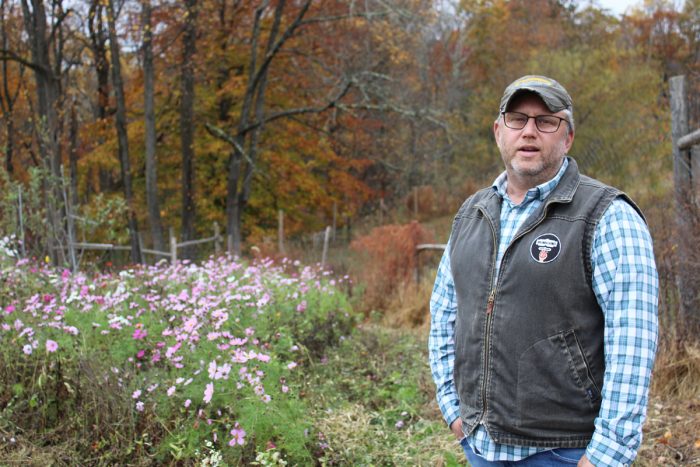 In 2013, with a Columbia University professor, he developed his own curriculum for reentrants: weekly classes that touched on identity value, emotional intelligence, and conflict resolution. (The curriculum is currently being revamped, although classes still meet at the farm about once a month.) When he bought the orchard, where all crops are raised regeneratively, he “hired farm managers trained in horticultural therapy as an additional tool in helping heal and strengthen our chronically underemployed community.”

Rosen also knew of the data linking employment to staying out of prison. According to New Jersey’s Assistant Commissioner for Workforce Development Hugh Bailey, research shows that “the longer the gap between getting out and connecting with some form of employment-based intervention, the greater the chance for recidivism.”

To lessen that risk—successfully, as it turns out—the state’s departments of Labor and Corrections partnered to give the soon-to-be-released access to Workforce Navigators, who guide them in possible careers. They’re also made aware of “which of 21 One-Stop [Career Centers] are ready to receive them when they’re released and provide a pathway to employment,” says Bailey.

Rosen owns that he thought he could simply hire a bunch of these folks and bring them to grow apples in his orchard, then sit back and watch the “environmental repair, community development, and human healing” begin. He calls that hubris “audacious” now.

For starters, not all reentrants were interested in what he was offering. Rosen’s first orchard workforce was a 10-person crew heavy on current and former gang members, says Williams, “going, ‘I ain’t listening to them‘”—even for $15 an hour, plus health insurance and transportation costs. Some wound up back on the streets and back in prison in short order. Williams admits that he started “with one foot in and one foot out” and experienced a “slip-up,” briefly dealing drugs again.

“We learned that providing living wages was just the very beginning of the process,” says Rosen.

Ultimately, finding a job is the tip of the iceberg when it comes to reentering society.

The formerly incarcerated often need help getting driver’s licenses reinstated. They may have lost critical forms of ID, like Social Security cards. They don’t have suitable work clothes or access to childcare. They might need addiction counseling or job training. Reentrants with felonies might be banned from subsidized Section 8 housing, so may not be able to return to their families without risking them getting kicked out. They can incur criminal justice debt—for everything from medical care they received in prison, to court filing and victim restitution fees—that follows them when they’re released.

“Intentional work is needed to address employment for people with prior histories,” says Nicole Porter, director of advocacy at Washington, D.C.-based criminal justice reform nonprofit The Sentencing Project. She says New Jersey has done a good job in this regard, in part by “banning the box” (i.e., disallowing a criminal history question on job applications), and opening Day Reporting centers that give reentrants parole opportunities that include treatment and training. These developments are important, Porter says, “because the consequences follow [the formerly incarcerated] for the rest of their lives.”

Some of the challenges they face are subtler. Rosen talks about the time one of his employees locked his keys in his car, didn’t have the money to pay a locksmith, and was too embarrassed to call him to ask for help. “He missed three days of work because he doesn’t have problem-solving skills,” Rosen says.

That’s another barrier: All the things employers don’t know about the travails of their formerly incarcerated workers. For example, says Porter, “They might have to meet with their parole officer in the middle of the day and can’t schedule work around it. It’s just another work/life balance for people actively on parole.” 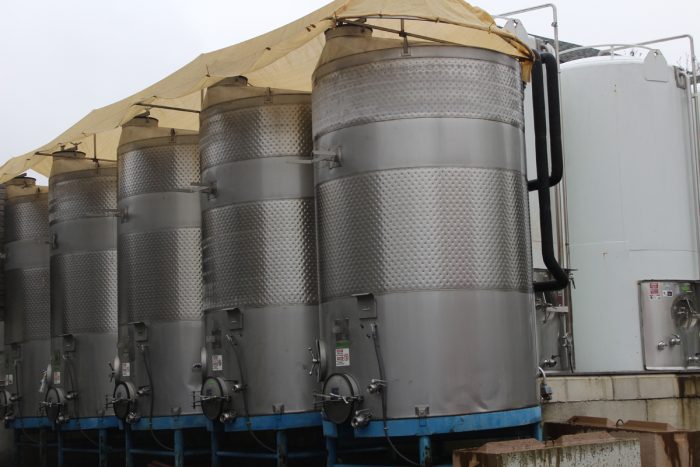 It’s also why New Jersey’s labor department coaches employers about, “What does it really mean to work with someone with a criminal background?” says Bailey. The department also offers federal bond insurance for a “great work candidate” an employer has reservations about hiring. Such employers, he says, are often surprised to find that, “those just coming out [of prison] have low attrition rates, are loyal, attend on time, and view this as second chance.”

Robert Asaro-Angelo, New Jersey’s commissioner of labor, says the state’s current administration is focused on “giving folks entering society from incarceration proper training” in high-growth industries like hospitality. Reentrants find jobs in kitchens in Atlantic City’s casinos—not at the front of house, though, because they’re often barred from preparing or serving alcohol. Four New Jersey prisons also have career-training programs in horticulture, including Bayside, where Williams did landscaping while he was behind bars the second time. He says he likes to work outside, and “feel the dirt with my hands.”

He also clearly relishes the stability farm routine has allowed him: “Be here at 8:00, morning meeting at 8:15, talk about what we’re gonna do and how we’re gonna attack it for this day. You’re either weeding and planting, or clearing land and digging ditches, or maintaining apple trees. My job description varies all over place, but I can do it all.” At least one Ironbound reentrant also has a spouse who works at the farm, which provides an additional layer of security for his family.

Whatever metaphor Rosen once harbored about how nurturing trees could heal his distinctly challenged workers, he eventually tempered it. The first year, his crew planted 10,000 organic heritage apple trees, partly as a proof-of-concept for other, conventional orchardists. They failed to thrive due to disease and other issues and had to be ripped out. 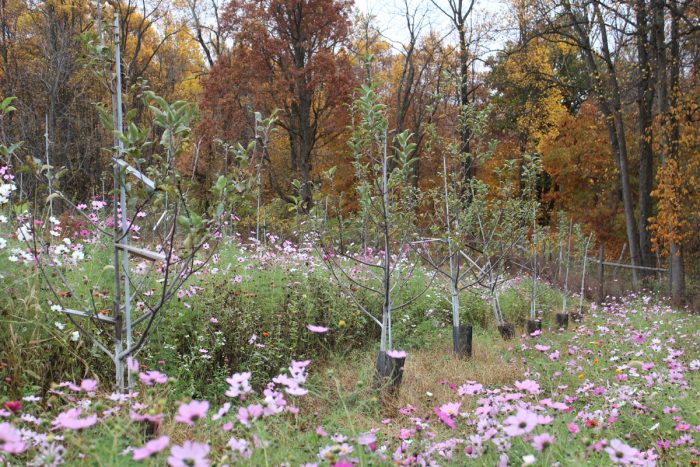 “It was devastatingly hard for the [guys],” Rosen says. Another 5,000 young trees they’ve put in over the last few years have borne some fruit that’s made it into the cider, but mostly they haven’t yet; as a result, Ironbound still buys most of its apples from eight family orchards in New Jersey, New York, and Pennsylvania. As a result, Rosen’s workers had no idea what full-grown apple trees were supposed to look like. When the farm managers took them to a mature orchard last year, “they were blown away,” Rosen said. “We didn’t know they needed that deep connection.”

So his five current reentered employees could experience the “literal fruits of their labor,” Rosen has switched them to raising 10 acres of cider-infusion ingredients like ginger, as well as row crops such as collards, beets, and radishes. The latter are cooked up for patrons of the cidery’s tasting room. And they’ll form the base for a line of prepared foods that Rosen’s starting in order to launch businesses for local immigrant women—yet another vulnerable population.

All of this seems an unlikely pursuit for a cider maker. But even as Rosen gets ready to expand from Jersey-only distribution and into New York in Spring 2020, he says he accepts that “I’ll never be able to employ as many people as I want” on his farm. What he can do is train people in his fields and kitchens and then say to other business owners, “‘Jane Smith spent time here and she is now ready to rock for you,’” Rosen says. “I have the opportunity to be part of a bigger system.”

Commissioner of Labor Asaro-Angelo agrees that Ironbound has a role to play beyond the handful of men and women it hires. “It’s hard to bring employers to the table when you can’t show [return on investment], frankly,” he says, although many worthy U.S. businesses have hired reentrants. With Ironbound “leading by example, we can show success and say, ‘What can we do to replicate this?’”

As for Williams, his diligence and listening skills helped him get promoted to crew chief in 2017, overseeing a fluctuating band of workers. He’s looking forward to the day he “graduates” from Ironbound and can get his own farm, maybe back in the city. He’s grateful to Rosen, “because that’s a person who gave a dedication to a bunch of people he didn’t know,” he says. “But the growth gotta keep going. I want to expand and bring farming back to everybody.”

Top photo by Kira Buxton. Other photos by Lela Nargi.