Immigrants Lift Up a Food System in Need of Reform

Farmworker advocates argue that if we want to revitalize the food economy, we must embrace—and not criminalize—immigrants.

By Antonio Tovar and Anthony Pahnke 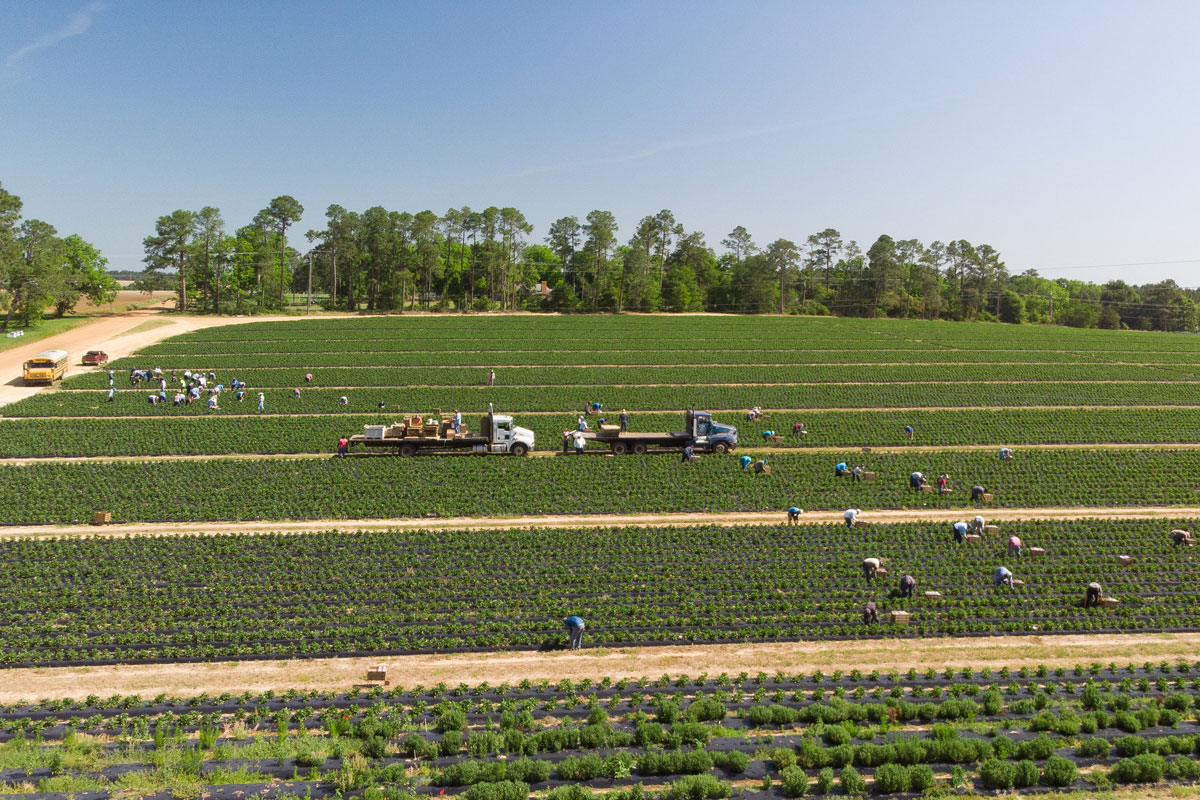 The U.S. food economy is in dire need of transformation. Many of our rural communities are suffering, small and mid-sized farms are becoming less and less tenable, and it is increasingly difficult to trust that the food we buy will be safe to eat.

The good news is that immigrants have many of the skills and knowledge to turn things around.

Yet, rather than celebrating farmworkers and other food system workers—many of whom lack legal authorization—the Trump administration demonizes them. In the process, our current policies are placing the country’s agricultural system at risk.

People are leaving the countryside. Rural people now comprise just 14 percent of the overall U.S. population, and that number has been falling consistently over that last few decades. In addition, farmers are getting older and retiring. According to the latest Agricultural Census, the average age of the American farmers rose from 56.3 in 2012 to 57.5 in 2017, and much of the next generation is opting to move to cities for less physically demanding jobs that provide a more reliable income. Currently, there are just over 2 million farms in operation, and a much smaller percentage produce the bulk of the calories. In a country of more than 325 million people, one farmer is responsible for feeding approximately 170 people.

Meanwhile, our food is increasingly coming from other countries. There has been a 300 percent increase in spending on imported foods and beverages from 1999 to 2017. Now, the U.S. imports over half of its fruits and a third of its fresh vegetables. The problem is that it’s not always clear whether safety and quality inspections abroad adhere to adequate guidelines. Food safety problems, as seen in the recent romaine lettuce recall, trouble domestic regulators. Including produce imported to the U.S. food supply only complicates the matter: This year saw a rash of food recalls including Chilean peaches and plums, chicken from Vietnam, and more. Imported honeydew, watermelons, and cantaloupes, laced with Salmonella, were also recalled. Their country of origin? The FDA isn’t sure.

Supporting immigrants can help address these problems, in many ways.

How? First, immigrants are slowing population decline across the United States. In rural areas, immigrants—documented and undocumented alike—account for 37 percent of total population growth. Overall, these new residents are younger than native-born citizens. In communities that are aging, immigrants provide continuity in the food system and helps grow local economies. It is not just the local ethnic restaurant that appears. Towns with thriving immigrant populations also see boosts in services, including more teachers in schools and more doctors in clinics.

Immigrants also pay into the system. According to the non-partisan Institute on Taxation and Economic Policy, undocumented migrants paid approximately $11.7 billion dollars in state, federal, and excise taxes. Most of these taxes, especially to the federal government, are never refunded to undocumented workers. In rural areas with declining populations and diminishing tax bases, immigrants help finance key public policies, programs, and valuable transportation services that everyone uses.

The U.S. food system also directly benefits from immigrants because many have extensive rural backgrounds. Migrants disproportionately come to the U.S. from rural areas, and many have experience working or living on small farms. Once in the U.S., the majority of new arrivals work in some capacity in the food chain—whether that means processing meat, harvesting fruit and vegetables, packing food in warehouses, or working in restaurant kitchens.

Immigrants also often stay where they are, lending stability to their communities. According to the National Agricultural Workers Survey, for example, three-fourths of the nation’s nearly 3 million farmworkers have lived for more than 10 years in the U.S., and on average, have stayed with the same employer for at least seven years. Migrants not only play an essential role in the food system, but they’re committed to their communities.

So, here’s an idea—instead of finding ways to remove or block people with valuable agricultural knowledge from entering the country, let’s find more ways to reward the many financial sacrifices they have made, as well as the commitment that they have shown to their communities.

One proposal, the Farm Workforce Modernization Act (FWMA)—up for consideration this week by the House of Representatives—would grant more farmworkers legal status and thus stabilize this country’s agricultural workforce. It would give undocumented farmworkers a pathway to permanent residence without first needing to leave the country or change the nature of the controversial H-2A program.

While it’s a single and limited immigration policy, the FWMA is not sufficient on its own. Instead, we need more programs designed to help farmworkers become farmers, such as the Agriculture and Land-Based Training Association, and VIVA Farms. These program helps individuals access land, master marketing techniques, and learn about governmental certification requirements. And they need to be reproduced nation-wide and financed with governmental resources.

Sadly, the Trump administration is doing just the opposite. Rather than cultivate immigrants with deep ties to their local communities, this government persecutes them. Whether its raids in poultry plants in Mississippi or in the fields in California, such practices destabilize everyone’s food supply.

But it’s not too late to change our nation’s approach. Many of the answers to our food system’s problems can be found in the very people who the government persecutes. If we really want to revitalize the food economy, we must begin embracing—and not criminalizing—immigrants.

Antonio Tovar is the executive director of the Farmworker Association of Florida (FWAF) and Anthony Pahnke is the vice president of the Family Farm Defenders (FFD).

Antonio Tovar is the executive director of the Farmworker Association of Florida. Read more >