A New Generation of Black Farmers Is Returning to the Land

They are working to repair harm inflicted over the past 400 years, with an eye toward reparations. 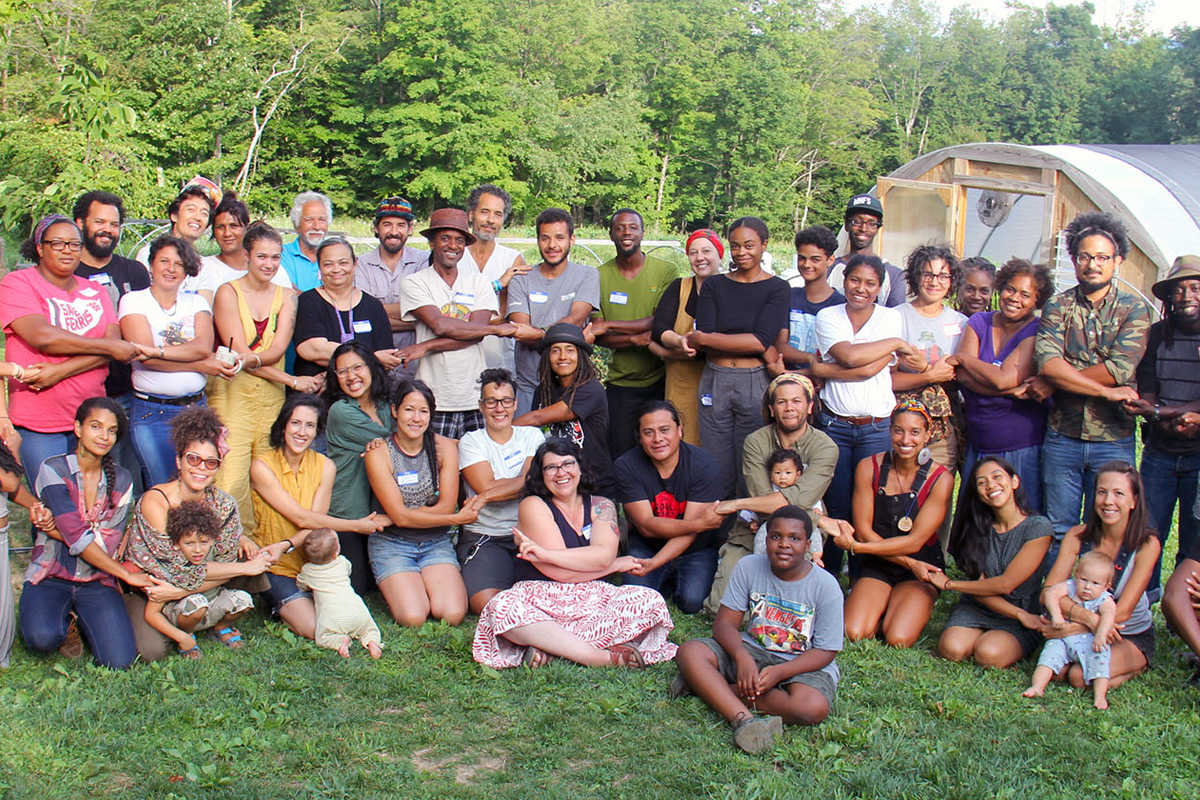 “Imagine your neighbor stole your cow. A few weeks later the neighbor comes over, laden with remorse, to offer a sincere apology and a promise to make it right. The neighbor offers to atone by giving you half a pound of butter every week for the rest of the cow’s life. What do you think of that?”

The challenge was issued by Ed Whitfield, board member of the Southern Reparations Loan Fund, during the E.F. Schumacher Center lectures in 2018. His audience was unanimous in its response: “We would want our cow back!”

And the United Nations agrees. The UN Principles on Reparations and Immunity, which provides basic guiding principles around gross human rights violations, holds that “reparation should be proportional to the gravity of the violations and the harm suffered.” In other words, society’s scant attempts to make amends for atrocities is the butter; reparations is the cow. Compensation for unpaid wages under slavery alone would add up to $5.9 trillion in today’s dollars. That doesn’t include damages due Black people because of such policies as Jim Crow, redlining, mass incarceration, or other injuries.

Discussions around reparations in this country have been of special interest to Black farmers. The litany of societal abuses heaped upon them includes the broken promise of 40 acres and a mule, lynchings that targeted landowners, discrimination by the federal government, and heirs property exploitation. As a result, the number of Black farmers has declined from 14 percent of the nation’s farmers in 1910 to less than 2 percent today–with a corresponding loss of more than 12 million acres of land. Melissa Gordon’s thesis research at Tufts University shows wealth denied the Black community through farmland loss exceeds $120 billion.

In 1997, Black farmers drove their tractors to Washington demanding justice and sued the federal government for its leading role in their oppression. The Pigford v. Glickman settlement of 1999, widely lauded as the largest civil rights discrimination payout in the country’s history, awarded about $2 billion dollars, with a typical disbursement of $50,000 to an individual farmer. While significant, it still fell far short of reparations. The amount did not come close to the calculations of what is owed and was not enough to buy back the lost acres or pay off the crushing debt farmers had accumulated in their bids for survival.

While cynics predict the extinction of the Black farmer, the farmers themselves are not giving up. “Not on our watch,” says Rafael Aponte, livestock farmer in western New York, when asked whether Black farmers are dying out.

A new wave, part of the “returning generation” of Black farmers whose grandparents and great-grandparents fled the racial violence of the South, are now finding their way back to the land. They are building on the legacy of organizing and resistance in their lineages and working to create an infrastructure for reparations.

Three nascent, farmer-led organizations, formed within the last two years, are working to repair the harm to Black farmers over the past 400 years. “We are making the road as we walk,” Aponte asserts.

In Wake County, North Carolina, Olive Watkins operates a forest farm on land that has been in her family since the 1890s. It took a while for her grandmother to get on board with the idea of growing mushrooms and bees under the forest canopy. But now that she sees it in action, she declares, “The ancestors are so proud of you Olive, carrying on our legacy.”

Watkins is a full-time MBA candidate and a director on the founding board of the Black Farmer Fund, formed last year to seek reparations for Black farmers. It’s a charitable loan fund that pools money from investors to provide non-extractive loans to Black-owned farming and food businesses. 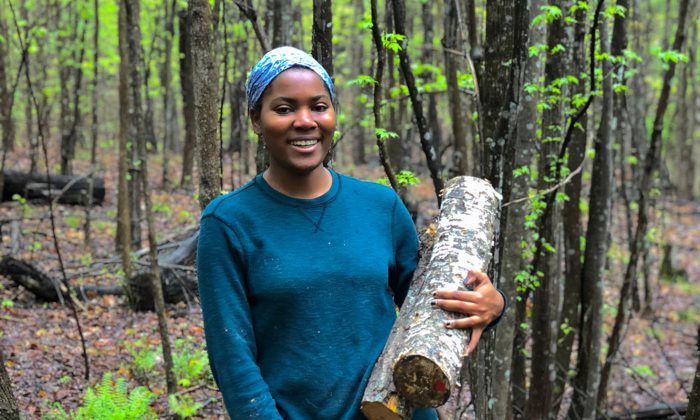 “The Black Farmer Fund is a tool to make reparations happen, a vehicle to aggregate money so it gets invested in our farmers and builds community wealth,” Watkins says. “I realized that we need to develop financial literacy and finance vehicles in our movements in order to gain access to the capital we need to thrive on the land.”

The fund has been asking farmers what their ideal loan would be and shaping the organization around those needs. For example, the USDA has a practice of requiring farmers to pledge their land as collateral for loans, which has led to land seizures that dispossess black farmers. The fund does not place liens on land.

“We as farmers are still working at the scene of the crime,” Watkins said. “Something I can offer to this space is a vehicle to help us access the large sums that we are owed.”

“There is one Black farmer in Tompkins County, New York, and you are looking at him,” says Aponte, who operates Rocky Acres Community Farm. Despite farming in the same county as the state’s land grant institution, Cornell University, he had to start his farm “without any support from the government.”

Witnessing the diet-related health issues in the South Bronx community where he grew up motivated Aponte to start farming. He now raises meat, eggs, and vegetables for distribution at senior housing centers and within immigrant communities in Ithaca, New York. 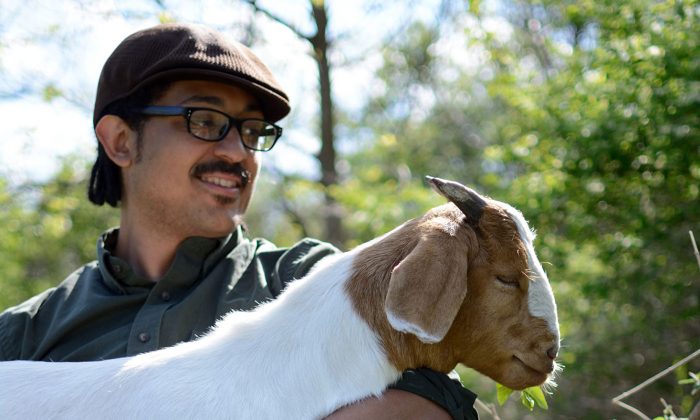 “There are so many barriers to accessing land for farmers of color—legal, financial, bureaucratic, and just outright racial,” Aponte said of the process of finding land. This struggle drove him to join the board of directors for the Northeast Farmers of Color Land Trust, an organization formed two years ago that is working to return land to indigenous people and Black farmers—“whose blood and bones are mixed with the soil through forced labor.” White People now control about 98 percent of the nation’s farmland.

The land trust receives donations of deeds and easements and then distributes those rights through leases or title transfer.

The trust recognizes that the genocidal theft of land from indigenous people was the original harm perpetuated by this nation and has consultation protocols with native communities regarding all lands it stewards. Its goal is to double the amount of land held by northeastern Indigenous and Black people over the next decade.

“At the core of reparations is the word repair, acknowledgement that harm was done and action to remediate that harm,” Aponte says.

Lauded by her peers as the “Ella Baker of the Black food movement,” Dara Cooper is a behind-the-scenes organizer who helped bring together hundreds of farmers across the country to form the Black Land and Power Fund two years ago.

“A lot of us are conditioned to play small and not realize our full power,” says Cooper of the National Black Food and Justice Alliance. “We have to intervene and confront the state and make sure our communities are ready and able to be self-determining. We need to build our own infrastructure. People are excited and ready!” 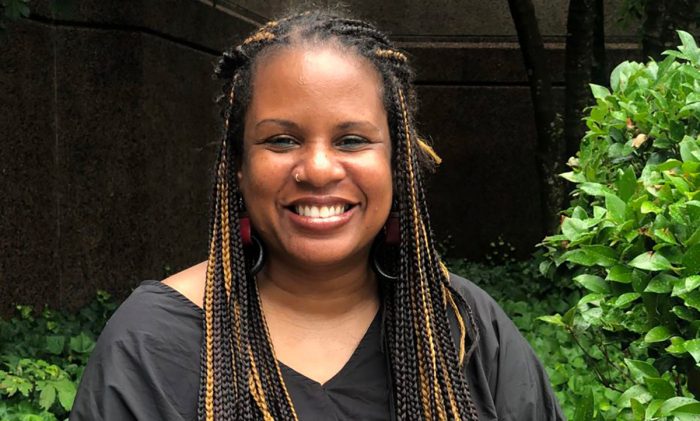 Cooper is a student of past Black Power movements that created institutions like the New Communities Land Trust and Freedom Farms. She notes the crucial role of land in “being able to manage our own resources, feed ourselves, house our families, protect a safe space, be self-determining, and be in right relationship to earth.”

Built on the legacy of the Federation of Southern Cooperatives/Land Assistance Fund, which supports land retention for Southern Black farmers, the land and power fund is a democratically governed finance vehicle that invests in cooperatives, farmland, legal assistance, and food hubs. Through grants, loans, and technical assistance, it works to strengthen Black food and farming businesses.

Cooper notes that even if the organization were fully funded, that would not be enough for reparations. “Reparation has five components under international law; cessation of harm and guarantee of non-repeat, restitution, compensation, satisfaction, and rehabilitation.” Yet, the harm against Black people continues and a great deal would be needed to rehabilitate the cultural and emotional damages incurred through hundreds of years of slavery, Jim Crow, and land expulsion, she says.

The Reparations Now Toolkit from the Movement for Black Lives offers a detailed roadmap for society to return the “whole cow” to affected communities. “The requiem for Black farmers is a dangerous narrative,” Cooper says. “We are not dying out! We will invest in the continuation of Black people’s ability to feed ourselves and to have dignity in stewarding the land.”