Is Lab-Grown Turkey in Your Thanksgiving Future?

Cellular-based turkey may soon join beef, chicken, and fish on the menu, aided by technology and investor funding. 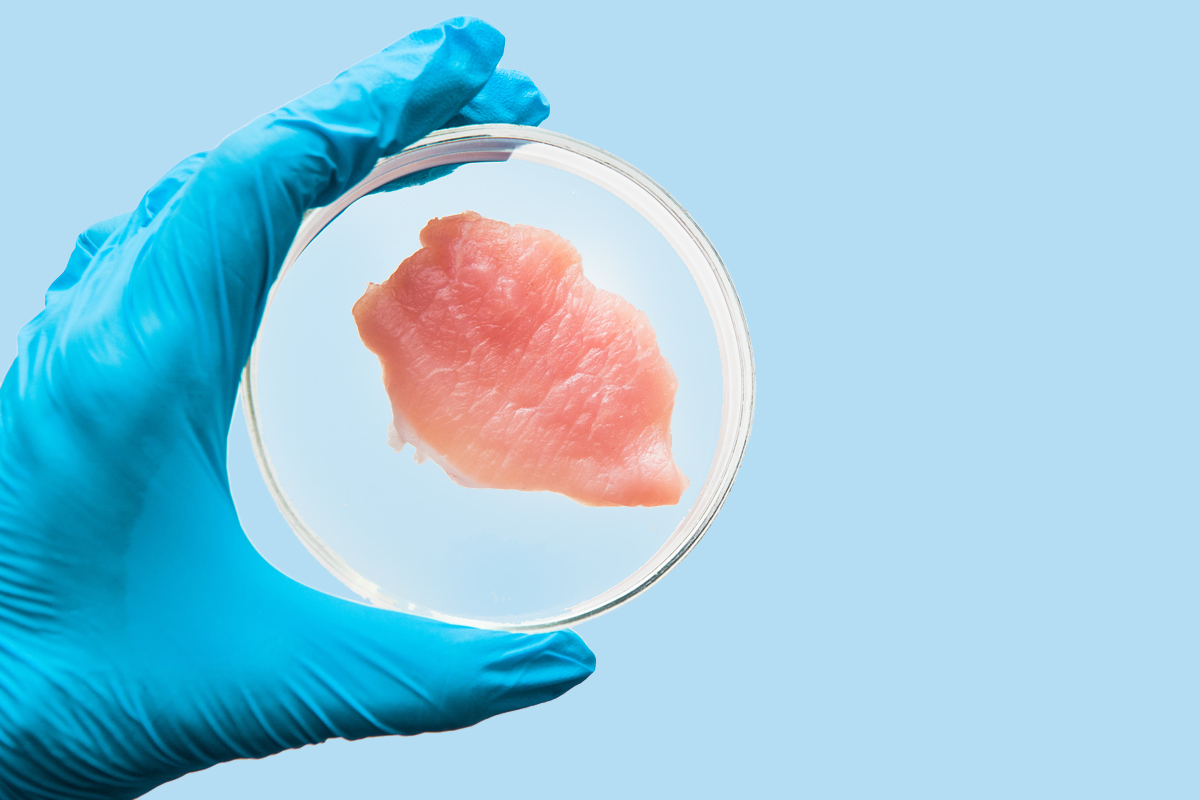 This week marks Peak Turkey for most Americans—roughly 46 million turkeys are eaten for Thanksgiving dinners alone—and those turkeys all too often spend their lives in inhumane conditions.

But in the not-too-distant future, the lab-grown meat industry is promising that the public will enjoy its version of a holiday turkey breast—that is, if production costs go down. By some estimates, meat grown from cultured animal cells might be commercially available as soon as 2030. Companies such as Memphis Meats, Meatable, and Finless Foods have already produced test-tube chicken, hamburgers, and seafood, and researchers are working to make turkey breast cultivated in vitro a reality as well.

For years, costs have kept this emerging field from expanding, but scientific breakthroughs, alternative funding sources, and increased interest have helped pave the way for a shift. An eclectic mix of backers—ranging from meat companies such as Cargill and Tyson to billionaires Bill Gates and Richard Branson—are investing in cultured meat. Proponents of cellular agriculture say that it will not only spare the lives of millions of animals but that it could curb deforestation, water pollution, and other environmental impacts related to factory farming. The industry says cultured meat could also mark the end of food recalls and public health hazards linked to conventional agriculture.

“We believe there’s a lot of innovation that could take place in animal agriculture beyond producing meat through animals—turkeys, cows, or pigs,” said Isha Datar, the CEO and president of New Harvest, a nonprofit that funds cellular agriculture research. “Why don’t we produce meat directly? Move away from chicken as a bioreactor and use a bioreactor as a bioreactor, reducing the public health impacts and perhaps decreasing the risk of antibiotic resistance and viruses from factory farms.”

The growing industry still faces challenges, including consumers who might shy away from “frankenfoods” and advocates who say more research is needed on the potential environmental and health impacts from products. But studies indicate there’s a market for “animal products without animals,” even among vegetarians. The federal government is already prepared to monitor this new industry. In March, it announced that the U.S. Food & Drug Administration (FDA) will oversee the cells harvested for cultured foods, while the U.S. Department of Agriculture (USDA) will oversee their development into meat as well as any related product labeling.

The Science and Story Behind Lab-Grown Meat

By using a culture medium primed to grow animal muscle, fat, or stem cells, scientists can produce meat in a laboratory. As the cells proliferate—single cells grow swiftly while larger tissues grow slowly—the meat that eventually forms has a mushy consistency, much like hamburger. But scaffolding techniques can get muscle cells to grow in configurations similar to chewy foods like steak or pork chops.

Last month, researchers at Harvard published findings in the NPJ Science and Food journal that showed how a device resembling a cotton-candy machine could be loaded with gelatin that would harden into long fibers that feel similar to cuts of meat. In the end, starter cells from a turkey breast placed in such a scaffold would resemble and feel like turkey rather than turkey mush. The scaffolds could also be used to make plant-based meats more tender, just as real meat is.

“If you just culture a mass of cells, it will look more slurry or like slime,” said Harvard research associate Luke MacQueen, the lead author of the study. “To give it texture, you need a matrix or a template for the cells to go in. The scaffold can accommodate any type of cell. We can also control how those fibers are aligned; we can do textiling, essentially.”

While lab-grown meat has a futuristic sheen to it, it’s been predicted since at least 1931—when Winston Churchill wrote about the concept in Strand Magazine. In 1948, Dutch medical student William van Eelen started down a 50-year path to develop the technology, inspired by researchers using stem cells to develop new skin for burn victims. It wasn’t until the 1990s that he was able to raise $750,000 in funding and file patents for the lab-grown meat for human consumption. 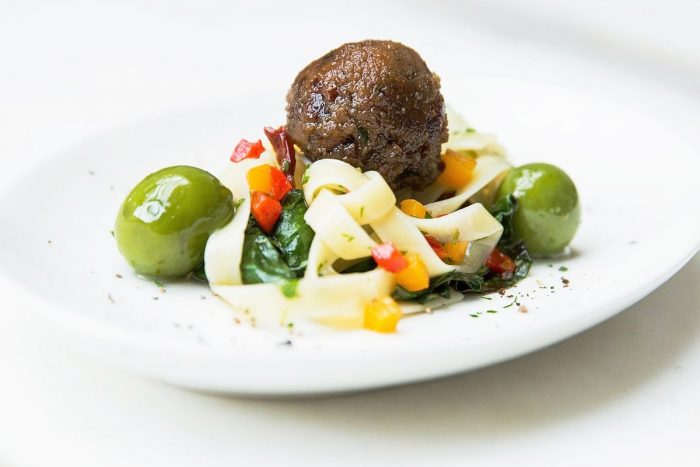 In the past decade, interest and scientific advancements have dramatically accelerated progress. The first lab-grown hamburger debuted in 2013, lab-grown meatballs arrived from Memphis Meats in 2016, and a series of startups like BlueNalu and NewAge Meats have also launched.

The technique MacQueen and his team created could be used for commercial purposes and lower the costs of producing lab-grown meat, which once totaled tens or hundreds of thousands of dollars. On average, it now costs about $112 to produce a kilogram of cultured meat, with researchers reporting this year that they can make a 140-gram cell-based burger for $550, or a thinly sliced steak for just $50. And the Dutch food-tech company Mosa Meat predicts that a lab-grown hamburger may cost just $10 per patty to make as production scales up.

David Kay, senior manager of communications and operations for Memphis Meats, which has developed lab-grown chicken and meatballs, said that the company has significantly reduced its production costs. He did not, however, provide details about price points.

“Cost is no longer the prohibitive factor for us to sell to consumers, and once the regulatory path to market is finalized, we will be able to sell our products at a small scale,” Kay said. “As we increase that scale, we expect to ultimately become cost competitive with conventionally produced meat.”

Some scientists, especially in the U.S., complain that a dearth of government funding is holding back the very research efforts that could reduce production costs and get cultured meat in supermarkets more quickly.

A primary barrier for scientists is that developing lab-grown meat crosses disciplines, as it involves both tissue and food tech. Traditionally, the National Institutes of Health has covered biomedical tissue-engineering research, and the Department of Agriculture has paid for food-science projects. Funding for cultured meat research tends to get lost in the middle.

“The challenge in terms of research funding is partly because this is so novel,” Datar said. “It blends together technologies. I also think the status of basic research funding is in a very difficult place across the board, and for the cutting-edge stuff, it’s especially interdisciplinary and novel, and governments aren’t the most adept at finding out the kind of stuff they need to support.”

Is Turkey an Ideal Cell-Based Meat?

The many cellular agriculture startups that have launched in recent years typically overlook turkey in favor of meats such as hamburgers, chicken, and seafood. But Paul Mozdziak, a North Carolina State University professor of poultry science, is a turkey enthusiast.

“For the longest time, my view has been that turkey is the ideal platform for making cultivated meat,” he said. “Everybody has biases, but I’ve been culturing turkey cells for the last 26 years. I have a lot more control over the turkey cells than I do over any other species.”

Also a fan of lab-grown chicken—he’s a poultry science professor, after all—Mozdziak said that he’s encountered fewer quality control problems with poultry than he has with red meat.

“That makes it relatively easier to replicate in vitro,” he explained.

Turkey, though, is likely to get short shrift from researchers in the cellular agriculture industry because it isn’t as popular as other proteins, and it isn’t perceived as very challenging to grow in a lab. 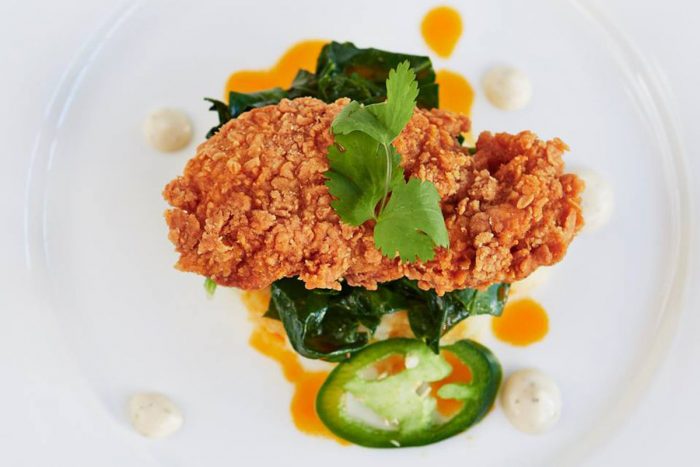 “When I go to Aldi’s, ground turkey is the cheapest protein I can buy,” Mozdziak said. “Most of the companies are searching to do something more sophisticated.”

Datar agrees, saying that she doesn’t think turkey presents a particularly compelling business case because it is so inexpensive. But Memphis Meats hasn’t ruled out the bird. In 2016, a spokesman suggested that the company would consider replicating the species in its lab.

“The company will start with ground meats, but formed meats are on the roadmap, and could be chicken breast, steak, and even a whole turkey if the demand is there,” the spokesman said.

David Kay at Memphis Meats told Civil Eats that he could not answer questions about which meats the company currently has in development, so it’s unclear how soon consumers will have the option of eating a cell-based turkey for Thanksgiving. A lab-grown turkey breast, however, is on the horizon—if production costs drop, Mozdziak said. A thick cultured steak, arguably the holy grail in the cellular agriculture world, might take much longer to hit the market due to its cost, texture, and complexity.

“A cultured steak with vascularization is probably several decades away,” Datar predicted.

The Market for Lab-Grown Meat

There may not be an ETA for lab-grown steak or turkey, but Finless Foods, which specializes in cultivated fish, has announced that it now has lab-grown tuna available for sampling. But will the public be interested?

Michigan State University’s 2018 Food Literacy and Engagement Poll of more than 2,100 respondents found that a third would be willing to try cultured meat, while 48 percent would not. Willingness to try cell-based meat, however, depended on the individual’s age, income, and educational level. The younger, more affluent, or more educated people were, the more willing they were to express interest in trying cultivated meat, the poll found. Men were also more willing to try it than women.

Datar said that branding will ultimately make all the difference. She pointed to how advertisements for the Impossible Burger helped to shore up interest from consumers. At this point in time, surveys about lab-grown meat are too theoretical to truly capture public thought, she argued.

“There is very little experience associated with it,” she said of cultured meat. “I kind of ignore those surveys because they’re not based on actual consumer experience.”

Mozdziak, for one, expects lab-grown meat to become commercially available and benefit humankind, he said. Memphis Meats has a similar objective.

“With demand for meat expected to double by 2050, and modern meat production requiring large amounts of natural resources, there simply aren’t enough resources on the planet to meet that demand with existing methods of production,” Kay said. “By developing a method of meat production that is more resource efficient, we can supplement existing production and help feed the world in the face of these constraints.”

It’s important to note that the jury is still out on how resource-efficient and climate-friendly lab-grown meat can be. But while turkey in particular may not be the world’s preferred protein, Datar thinks it could raise interesting questions for researchers about food and nostalgia.